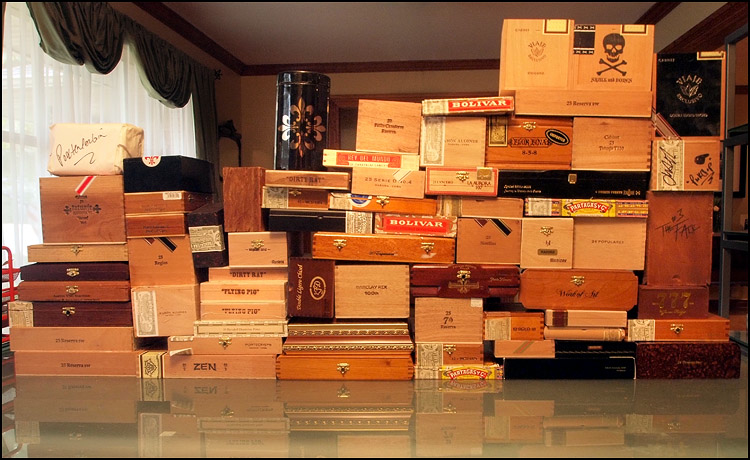 So, I was looking at my (seven) Vinotemps the other day, and realized it had been a while since I had taken stock of my cigar boxes…so, I decided to stack them up, and see how they…um…stacked up :)

This is every box that I have. Some are less than totally full, some have cigars other than what the box says (for example, three of the boxes are full of custom rolled Cubans from various roller and years). Note that these are JUST my boxes, I also have quite a few bags of cigars (usually less than 10) and a whole SHITLOAD of singles and fivers.