It’s the fifth anniversary of The Humidor Cigars and Lounge (West) in Wichita, Kan. and the store is celebrating with six store exclusives that highlight its love of movies and small batch cigars.

“We are kinda sorta movie freaks,” said Gorden Crippen of The Humidor, “so much so that one night we were watching Quentin Tarantino’s Reservoir Dogs and were struck with the idea that we should do an entire set of cigars based on the movie.” The idea gained traction among the group and they proceeded to build cigars around the main characters, and the fact that there were five main characters corresponded with the store’s anniversary. But as fans of the movie know a sixth character is killed off right after the credits, so Crippen and his crew decided that a sixth cigar would be “one to grown on.”

For the project, he turned to six different manufacturers who are creating limited edition store exclusives for the celebration. Each made a special cigar that will be sold at the store individually as well as in a sampler packed called The Heist, a clear reference to the plot of Reservoir Dogs, which centers around a failed diamond heist.

Two cigars should be somewhat familiar to consumers. Antonio Lam’s Reinado takes on the character of Mr. Blue, played by Edward Bunkers. For Lam’s contribution, The Humidor will be the first store in the country to receive the Reinado Grand Empire Reserve Ecuador Edition. The other is the Viaje Platino Five Fifty Eight, an annual 5 x 58 vitola in the Platino blend. It will be a play on Harvey Keitel’s character of Mr. White. The cigars were rolled nearly seven months ago according to Crippen and will be without their normal covered feet. La Flor Dominicana will take on Mr. Blonde, Michael Madsen’s character. Crippen wouldn’t go into details about what the cigar will be, but he did say this will the first time this particular cigar will be seen in the U.S. It’s believed La Flor’s Antonio Gomez, a friend of the shop, had a role in this cigar. Mr. Brown, played by director Quentin Tarantino, will come from Paul Stulac in the form of a new lancero in his Screaming Red Sun blend. That line uses a Connecticut broadleaf wrapper, Sumatra binder and Nicaraguan filler. To date, it has been released as a regular production cigar in a 5 x 54 robusto, 6 x 54 torpedo and 6 x 56 toro. 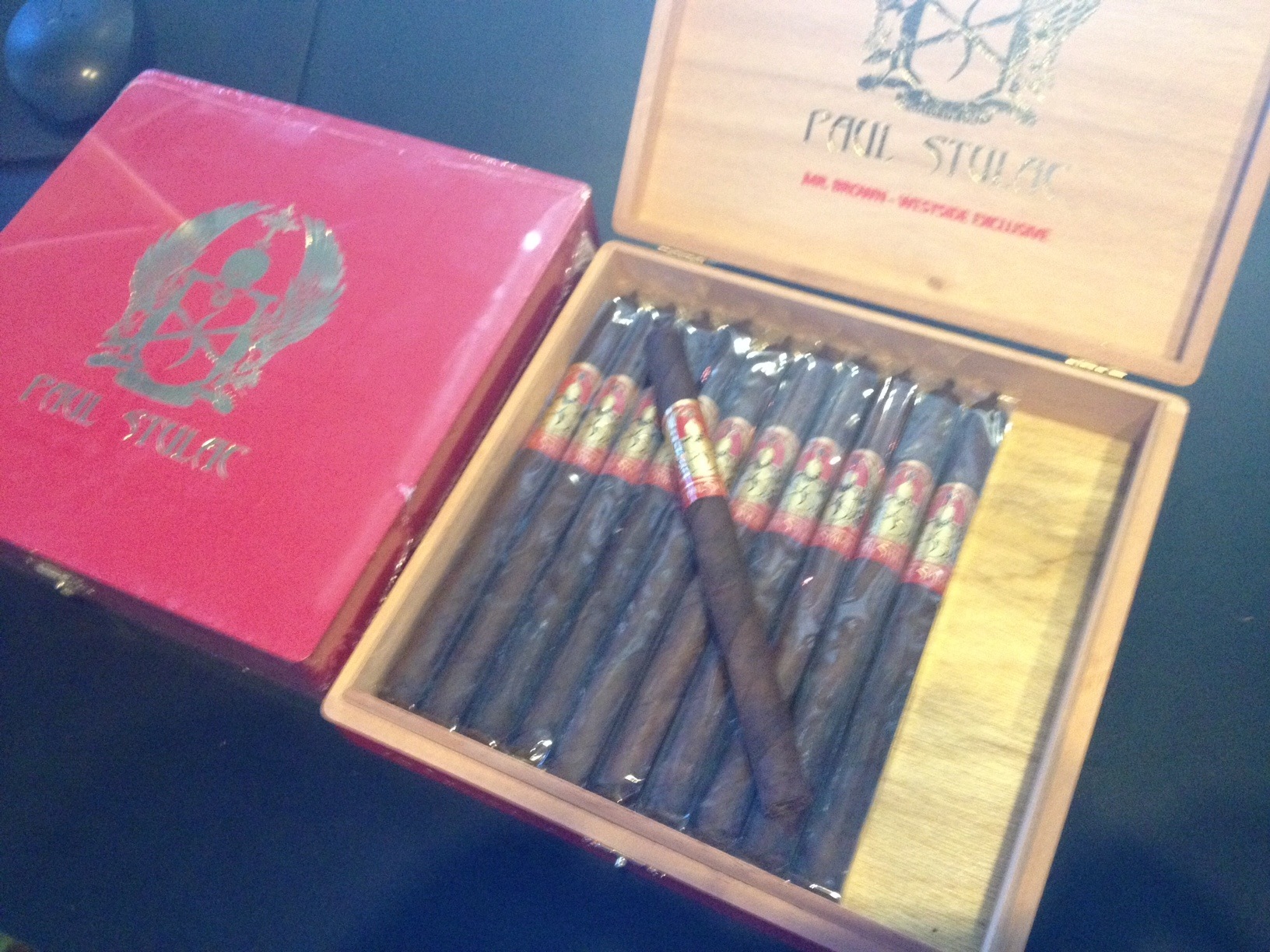 “It’s our firm belief that this company is making some of the best full bodied cigars out there, kind of like Mr. Tarantino himself,” said Crippen.

The Paul Stulac Screaming Red Sun Mr. Brown comes in boxes of 25, with an initial run of 40 boxes coming out of Guillermo Peña’s factory in Miami where the rest of the line is rolled. Stulac expects the cigars to ship out to the store in the coming days.

262 Cigars will produce Mr. Pink, a 6 1/2 x 42 lonsdale with a Brazilian mata fina wrapper, Honduran binder and fillers from Colombia and Nicaragua. The final cigar will be produced by Alec Bradley, a Tempus Maduro Torpedo. In addition to being a unique size for the line, the cigar will also be box-pressed, something not normally seen on the Mexican San Andrés-wrapped version of the Tempus. 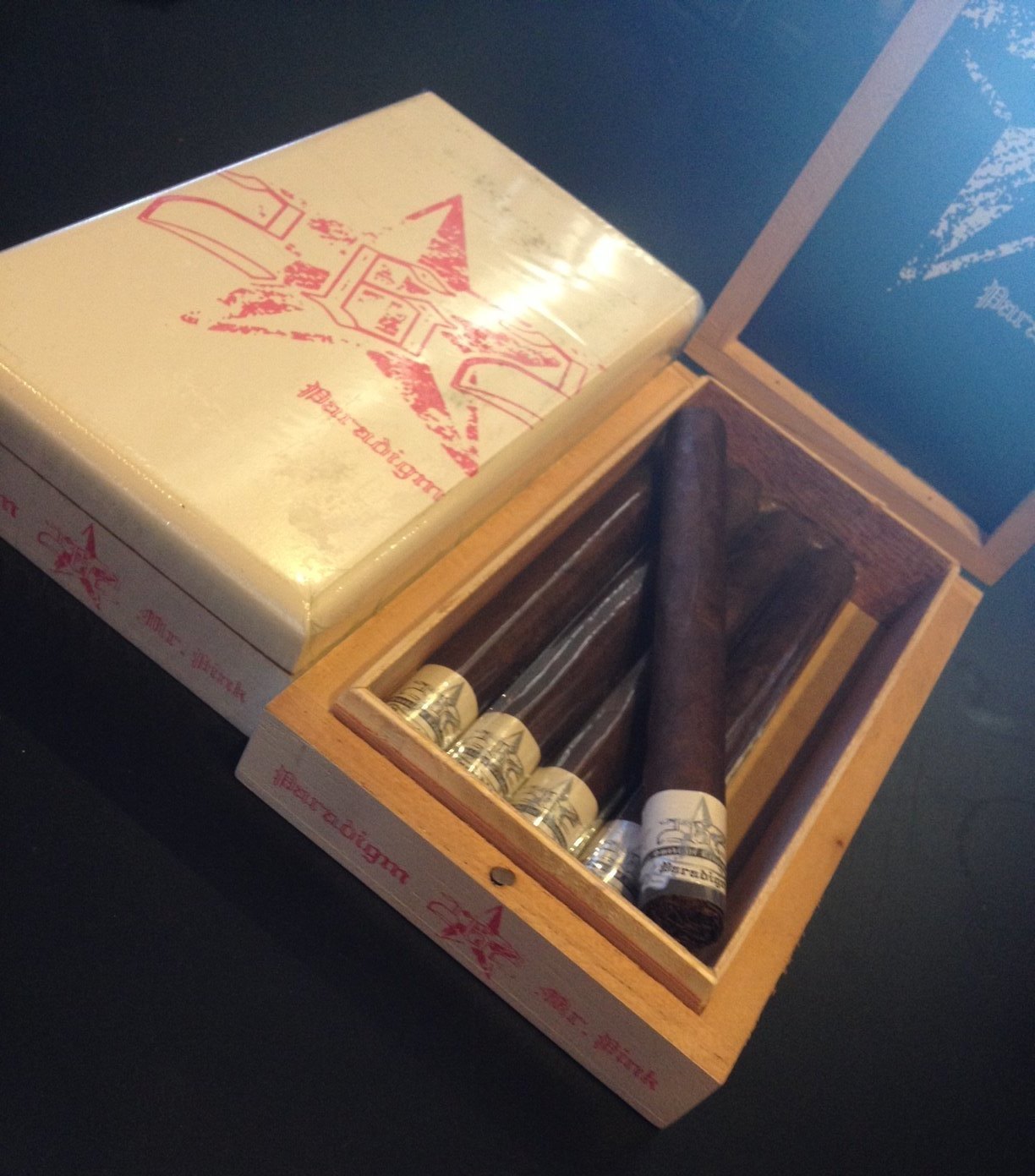 The collection is being limited to 100 units, all individually numbered and hand packaged. It will make its debut at an anniversary party on Nov. 1, with pre-orders being accepted the same day and shipping to start on Nov. 3. To further the Tarantino theme, the event will feature Big Kahuna burgers and Sprite, which were featured in a central scene in Pulp Fiction.

Charlie Minato contributed to this story. All images courtesy of The Humidor.