Our original news story had this to say about the Guerrilla Warfare blend:

The Pennsylvania retailer cited other small cigars like the La Palina Kill Bill and Tatuaje Petite Cazadores as part of the inspiration for his cigar, but noted that Guerrilla Warfare would be different—it would be stronger, a lot stronger. To achieve this strength the Guerrilla Warfare uses a mixture of Brazilian, Dominican and Nicaraguan fillers underneath Dominican and Mexican binders and an Ecuadorian Sumatra wrapper. According to Holly, it took only three tries to get to the final blend.

Where is what I said in my original review back in April 2013:

The Guerrilla Warfare is an extremely interesting cigar, almost at odds with itself. At different points in the smoke, this cigar is sweet, peppery, spicy, strong and even a bit nutty. While not the most balanced of profiles, it is fairly complex, especially for such a small vitola. I absolutely adore the size, and it is interesting that it is such a full strength blend, not something I am used to in a 4 x 41 cigar. Well worth picking up and proof that Viva Republica is moving in the right direction.

The Viva Republica Guerilla Warfare is virtually identical visually to the first samples I smoked for the first review, which is not surprising since they were all given to me around the same time. The cigar is covered in a silky smooth mocha brown wrapper that has some significant mottling to it, as well as a hint of oil. Aroma from the wrapper is a combination of strong espresso beans, cedar, leather and manure along with some obvious vanilla sweetness, while the cold draw brings flavors of leather, barnyard, dark chocolate, coffee and a touch of black pepper.

Starting out, the Guerilla Warfare features a dominant creamy oak and dark chocolate base, interspersed with flavors of peanuts, grass, salt and black licorice. While I am getting some black pepper on the retrohale, it is not aggressive at all, and it combines nicely with some vanilla sweetness that is also present. There is also a touch of spice on my lips that does not seem strong enough to last very long. In the second third the profile shifts gears, with the dark chocolate note is replaced by earth combined with the same creamy oak from the first third. Other notes of nuts, leather, citrus and bread  flit in and out, and the vanilla sweetness from the first half morphs into a distinct maple syrup note that is only present on the retrohale and continues until the end of the cigar. 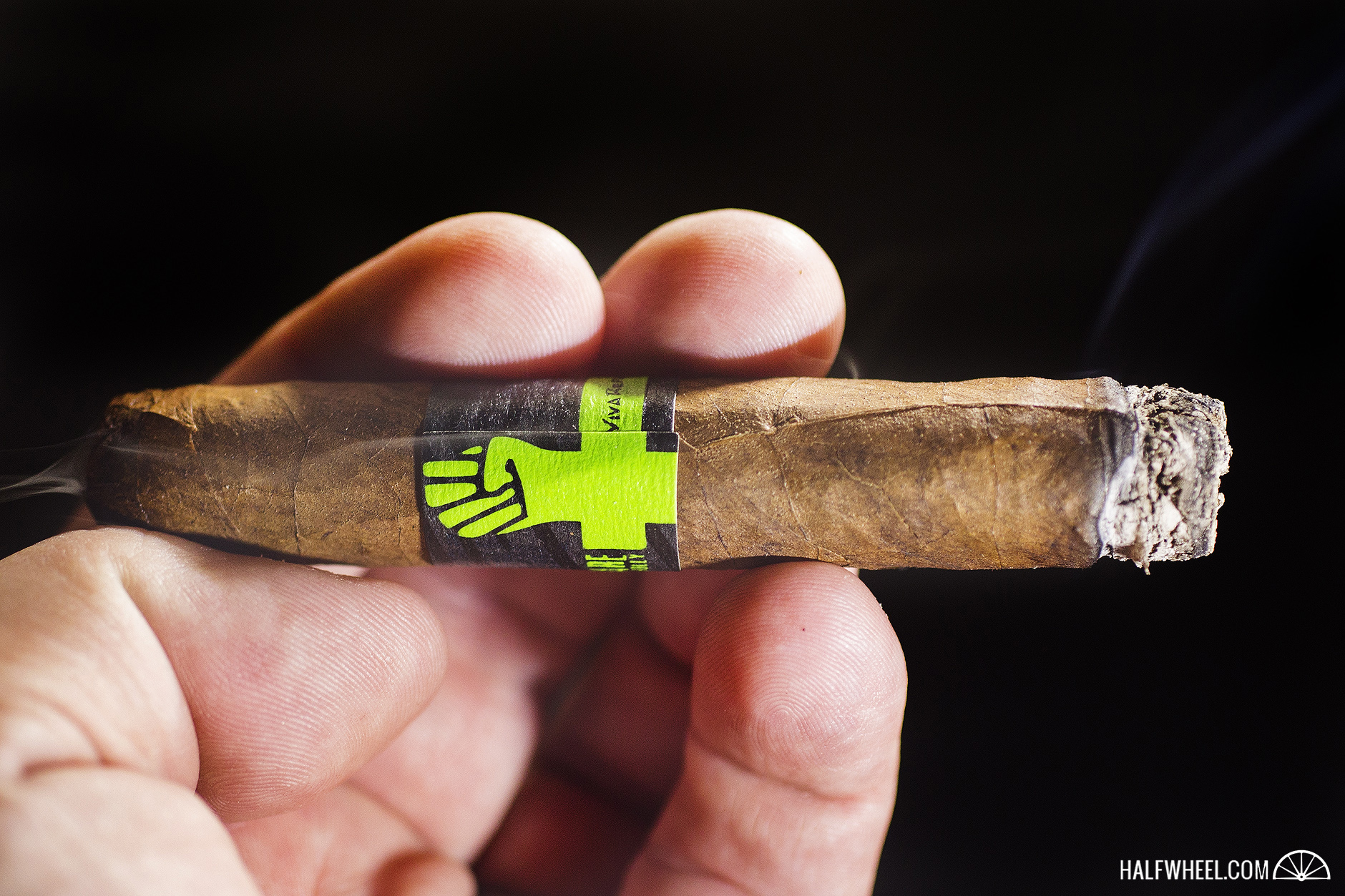 Construction-wise, the Guerilla Warfare features both an excellent draw after a simple straight cut, as well as a burn line that is wavy, but non problematic. The smoke production is both copious and dense, and while the strength in the blend is obvious from the start, it only hits a point halfway between medium and full at the end of the cigar, which is impressive for such a small vitola.

I liked everything about the Guerilla Warfare when I first smoked it, and after more than three years of rest, it has only gotten better. The profile that was full-bodied is now noticeably more balanced, and there is quite a bit more nuance to the flavors than I remember from the original samples. This a great example of how some age can really bring forward more flavors and complexity in a cigar, and they are smoking great right now.