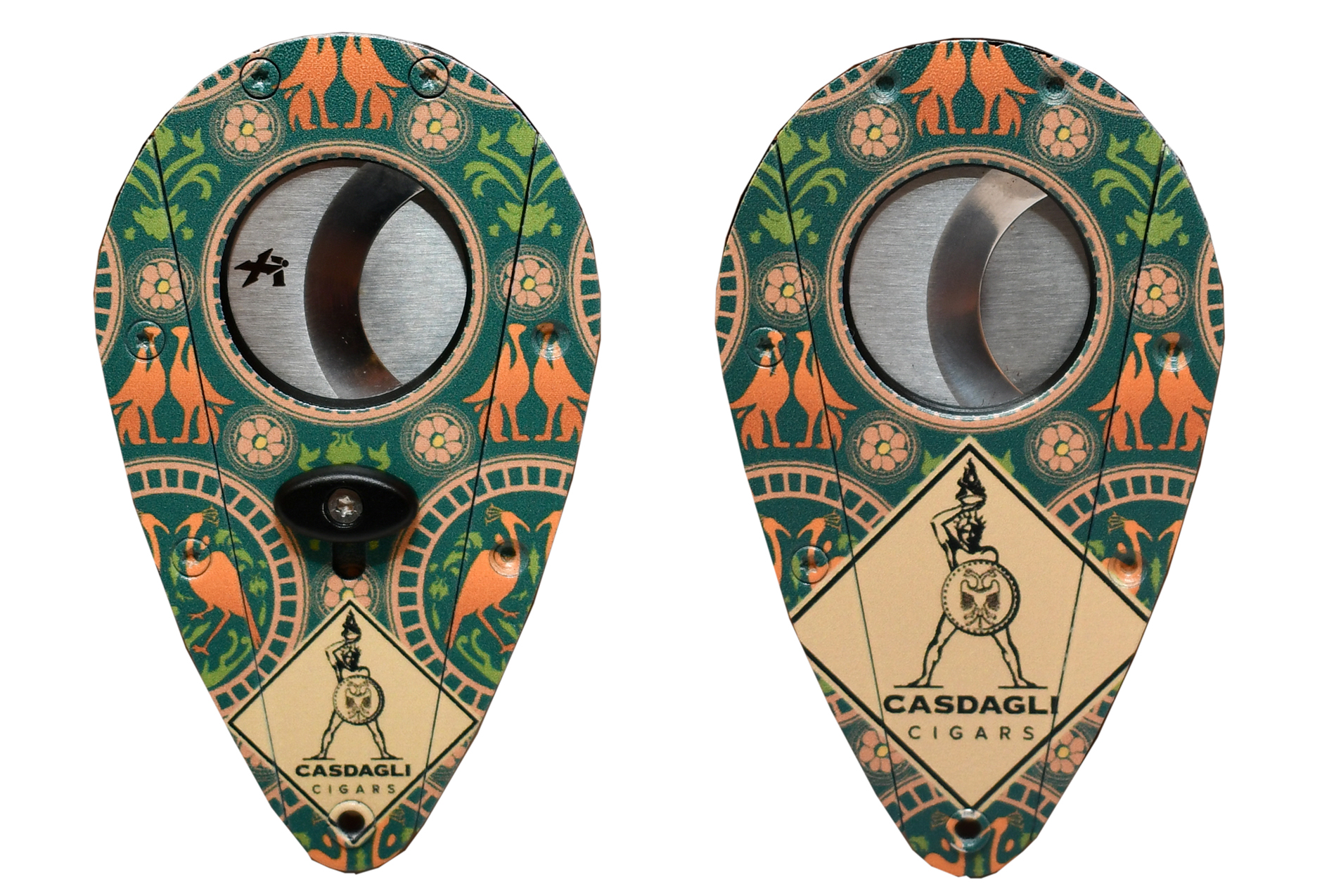 Casdagli will be showing off a new collection of cigar accessories at this week’s IPCPR Convention & Trade Show, namely a new porcelain ashtray and a new cigar cutter produced by XIKAR, all as part of the Villa Casdagli Collection. The Villa Casdagli Collection ashtrays are made in Portugal out of premium Portuguese porcelain by a company that specializes in such custom pieces. The company, which is not being disclosed, has among their clients both royalty and some of the best hotels and hospitality companies in the world, according to a statement from Casdagli, adding that the two companies have worked together for the past three years and that they “are continually impressed by the quality of their workmanship.”

The pattern adorning these ashtrays is directly drawn from the original wallpaper decorating the Byzantine style reception room of Villa Casdagli, reflecting true craftsmanship in its exuberant colors. They are priced at $90 and will be available both at retail and directly from the company. Complementing the ashtray is a new cutter that is being produced by XIKAR and bear the same pattern directly drawn from the original wallpaper decorating the Byzantine style reception room of Villa Casdagli. The body is made of aluminum, while the double guillotine blades are stainless steel. It will retail for $125.

Both items are regular production items and will begin shipping immediately following the trade show, which runs from June 28 – July 2.