In the encyclopedia of Viaje releases, there should be a special section devoted to the company’s unique packaging styles from the decade of Andre Farkas’ time in the cigar businesses.

Amongst those is the Cache, or Cache cigars. In 2014, Viaje released Cache, a 25-count box that contained two different versions of a 5 x 52 robusto. The top featured two rows of 10 cigars, while below them were five slots each filled with a box-pressed version of the same cigar, albeit with a covered foot.

The blend used a Mexican San Andrés wrapper over a Nicaraguan binder and Nicaraguan fillers. It was one of the first Viaje cigars to come from the Tabacos Valle de Jalapa S.A. (TABSA) factory in Estelí, Nicaragua, which has since become a frequent source of Viajes.

I reviewed the round version, but wasn’t particularly impressed:

There’s nothing wrong with the Viaje Cache, but it’s little more than an average cigar. I avoided the harshness that Brian Burt found in the box-pressed version of the cigar, but this was not the best cigar I’ve had from Viaje, even in recent memory. While the burn issues were consistent, they were hardly destructive. Overall, it’s a cigar that performs solidly construction-wise, is well-balanced, but could do some improvement on the flavor. Perhaps a bit more rest will see a milder, more complex cigar, but for now, it’s average. 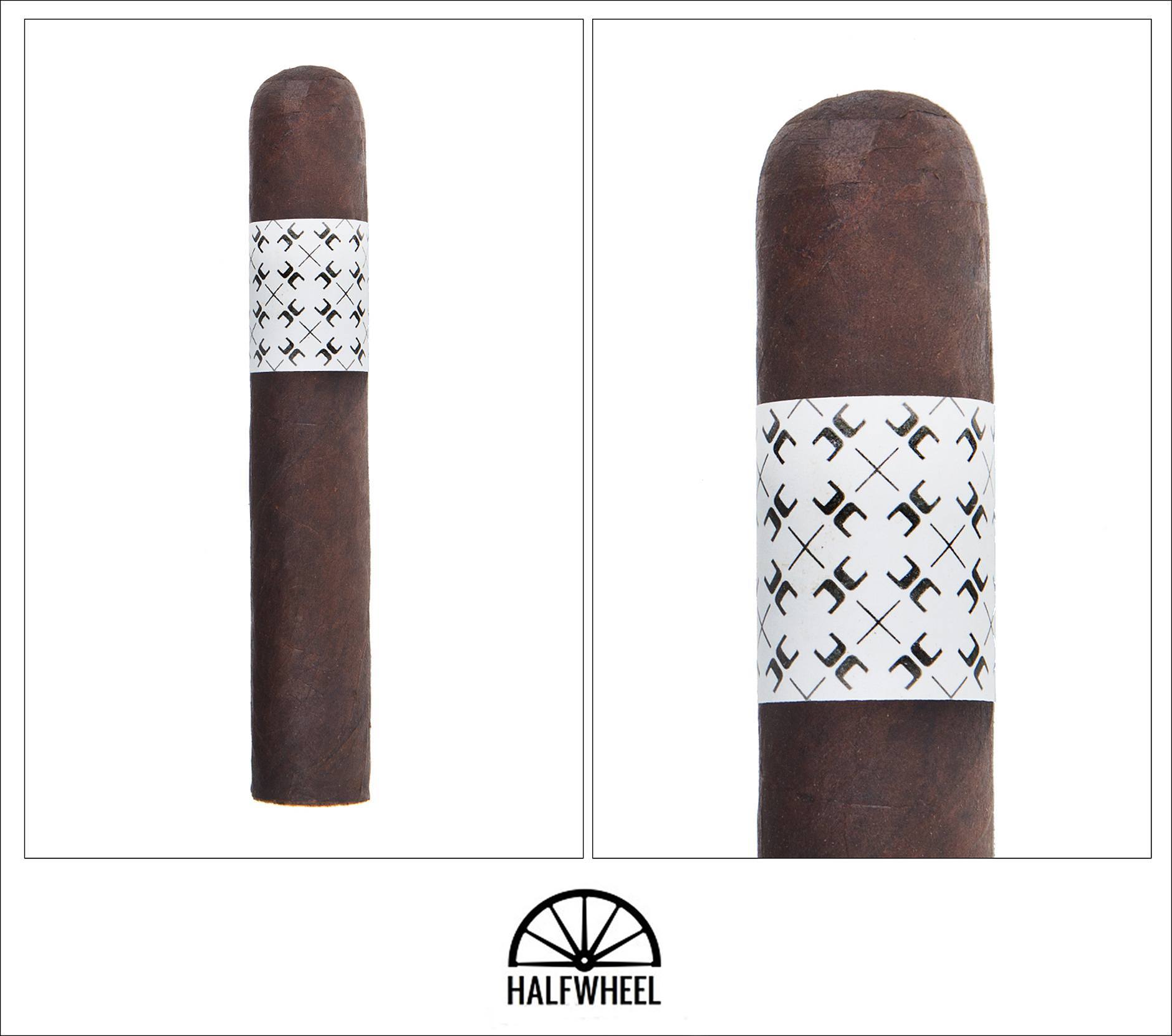 The Viaje Cache came in cellophane, which is how this sample has been resting since it was purchased. Surprisingly, the aroma from the dark wrapper is barely medium with tons of cedar and some acidity. For what it’s worth, the humidor this cigar has been stored in uses mahogany. The foot provides a lot more flavors and far more intensity: floral, granola and chocolate chips all at the medium-full level. The cold draw has a lot of acidity with barnyard, black licorice and floral flavors. It’s extremely balanced outside of the acidity and there’s a bit of spice on one part of my lips.

It starts with granola and earth over some milder nuts and hints of white pepper. While the first few puffs are medium-plus, it picks up to medium-full pretty quick. The first third of the Cache is quite smooth with lots of oatmeal, creaminess and nuttiness on top of barnyard and acidity. Retrohales reveal a lot more ammonia, some burnt toast, a terroir flavor and black pepper on the back. The second third is much earthier with the peanuts right behind it. It’s still quite smooth and the oatmeal remains, at times it feels like I’m smoking an oatmeal stout. A non-burnt bread flavor emerges along with pepper, now freed from the retrohale although restricted to the top of the mouth. While the profile retains some of the creaminess and underlying sweetness, the Cache turns much drier as the cigar gets closer to the finish line. The terroir flavor takes over the profile, though the individual flavor list is otherwise identical to the second third. The retrohale offers a bit of a change with banana nut bread and some meatiness. 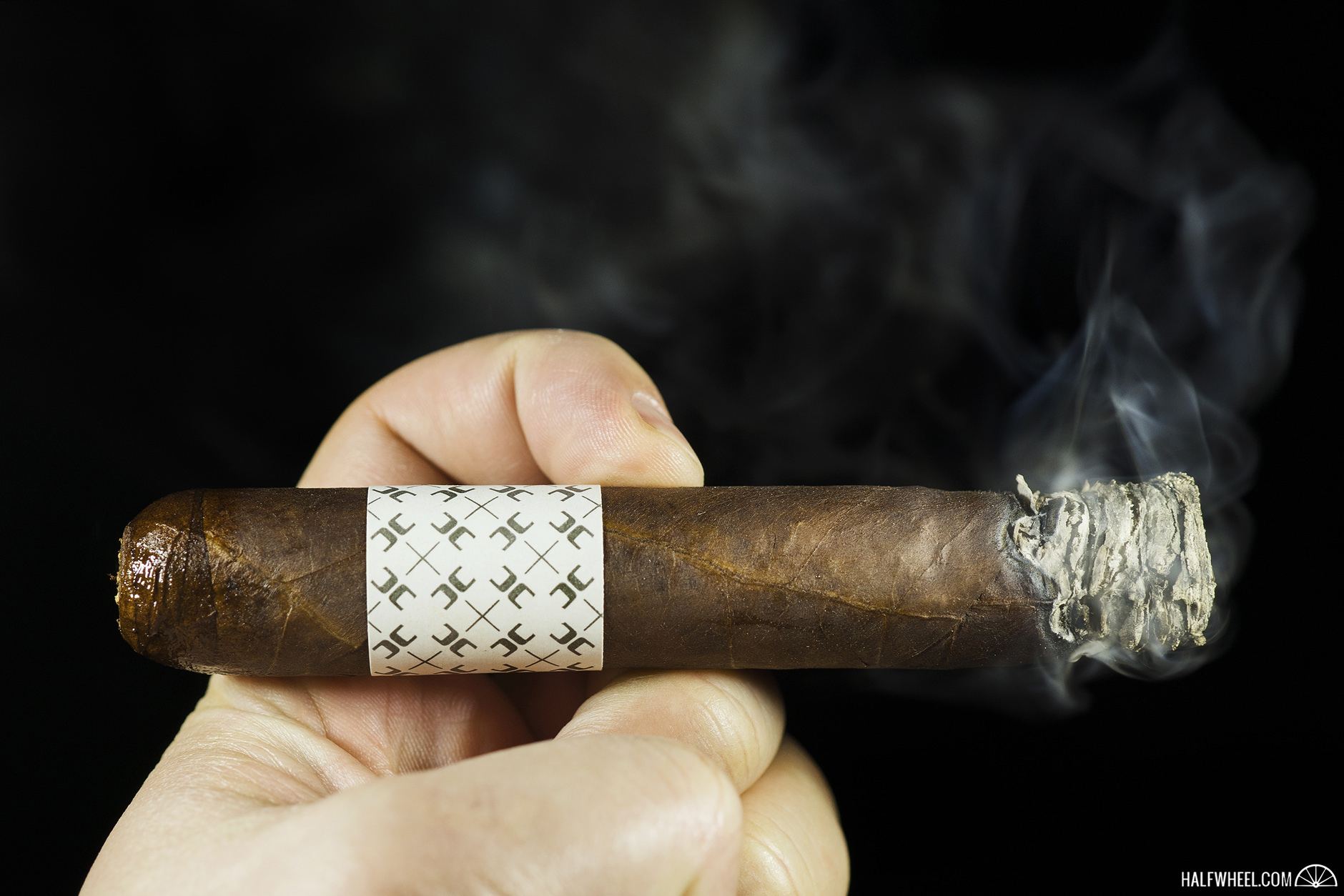 I touch-up the cigar in the first third due to a declining smoke production and again in the second third due to some uneven burning. Other than that, construction is great throughout. The body picks up to medium-plus in the second third, but returns to medium for the final third. Strength is medium at the start and picks up to medium-plus for the second and final thirds. One other note: the band was extremely challenging to remove for some reason.

Two touch-ups negatively affected what otherwise was a very enjoyable experience. I didn’t have any expectations of what this cigar would be, but looking back over my original review it appears the word “better” is the end result. After nearly four years, there’s plenty of life left in the Viaje Cache. Dryness is not something that I usually enjoy in a cigar, but I didn’t mind it in this cigar, mainly as it didn’t show itself until the final inch-and-a-half, creating a nice transition in the latter stages.