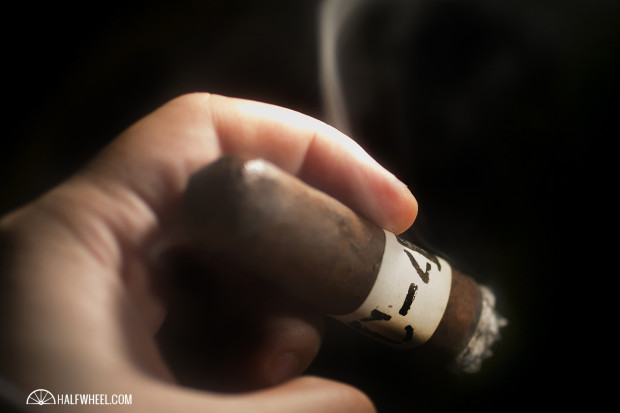 At this point, Viaje is very much a company of seasonal releases. For the most part, these releases change slightly each year with tweaking to the size and occasionally blend, like in the case of the most recent Holiday Blend.

One release that has changed very little is the Viaje C-4. It’s still a 5 x 56 cigar capped on both ends, sold in crates of 75. The cigars appear to be virtually unchanged with only two slight changes made to its appearance since introduction.

C-4 is created as one of Viaje’s companion cigars, meaning that it accompanies TNT—another summer release from the company. There is actually a way to tell the cigars apart: the original release does not feature the pinhole in the bottom cap—the 2012 and 2013 do—and the third release reads “Viaje Demolition Company” on the back of the band, unlike the first two. 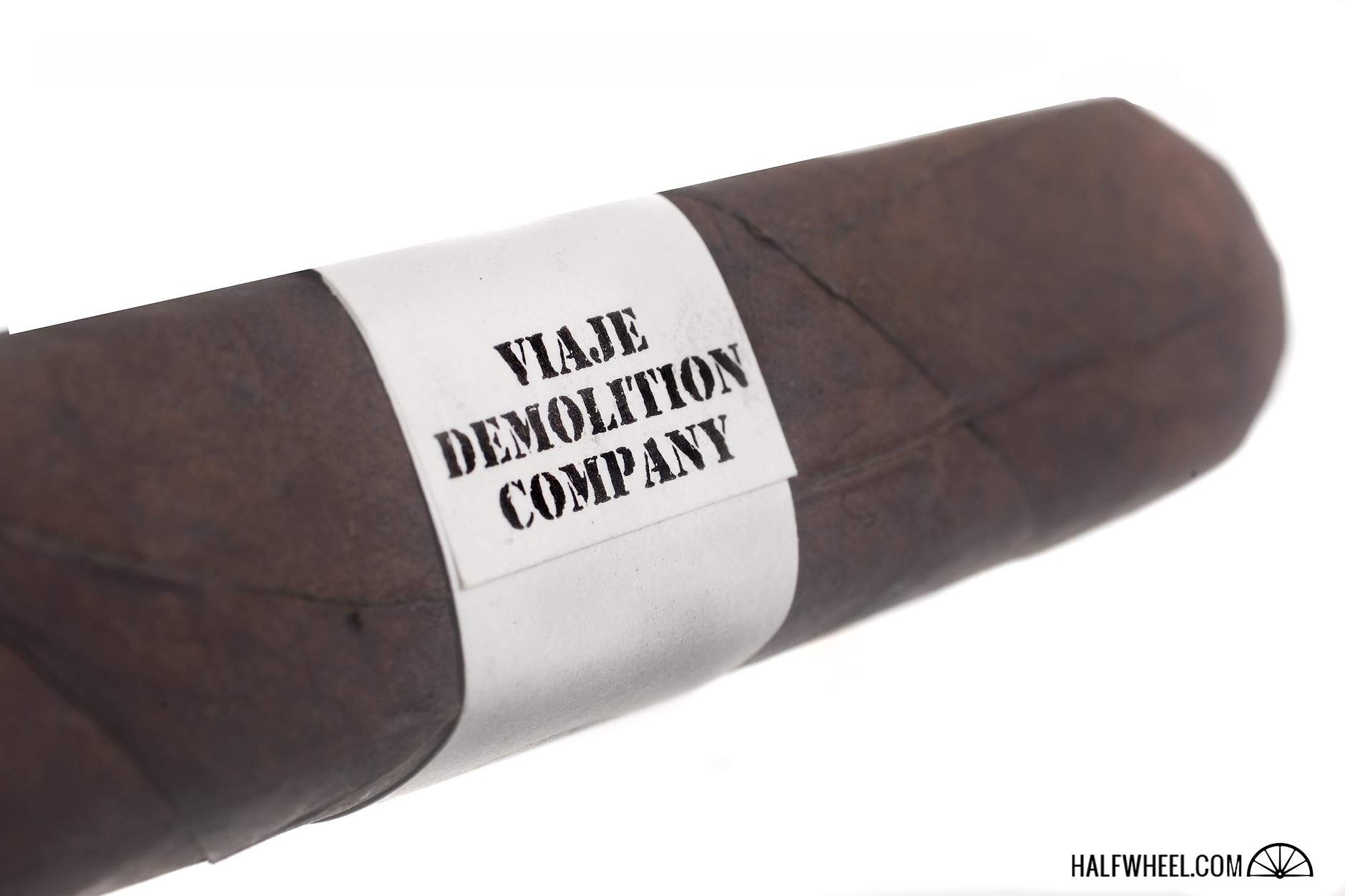 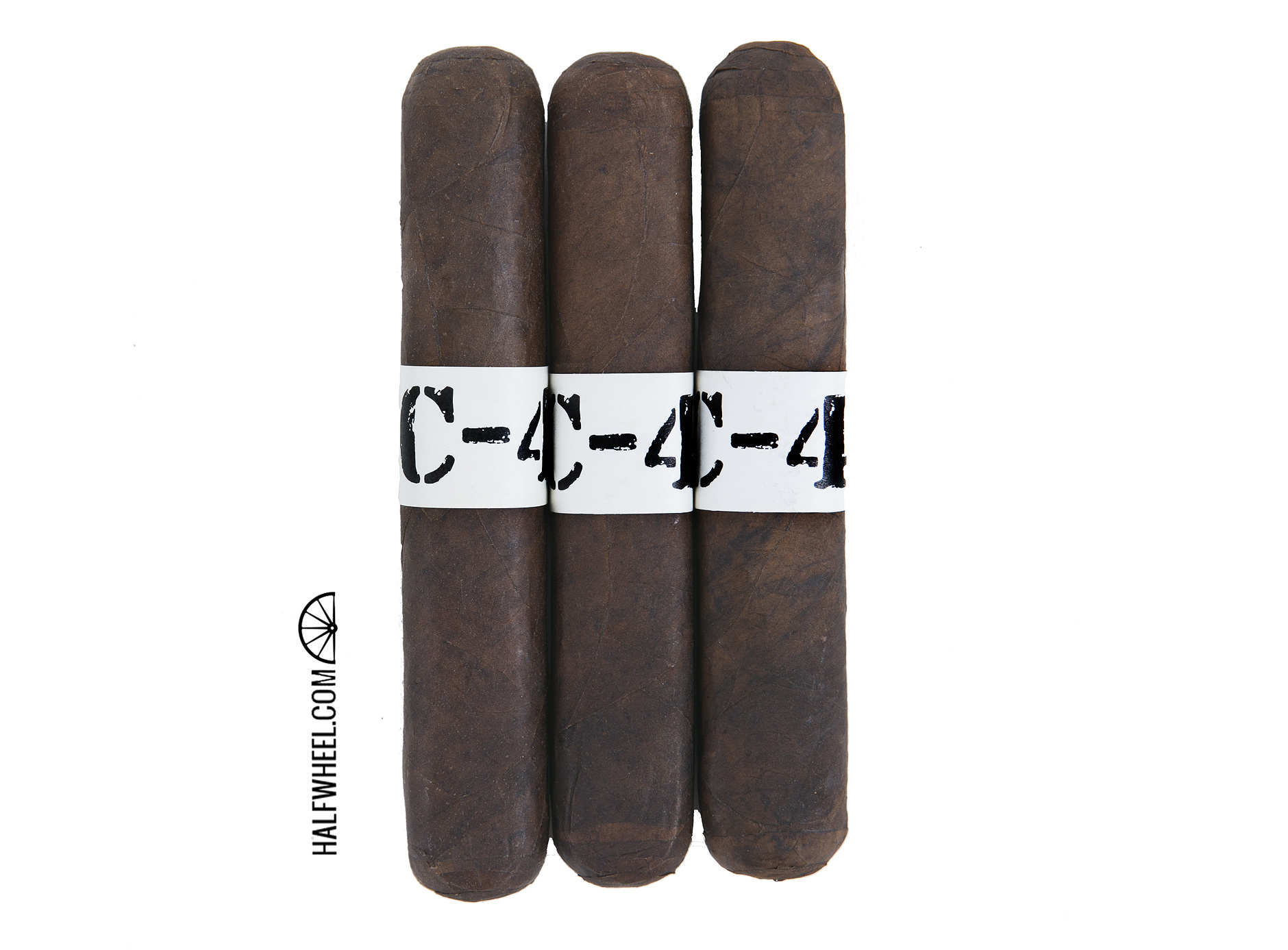 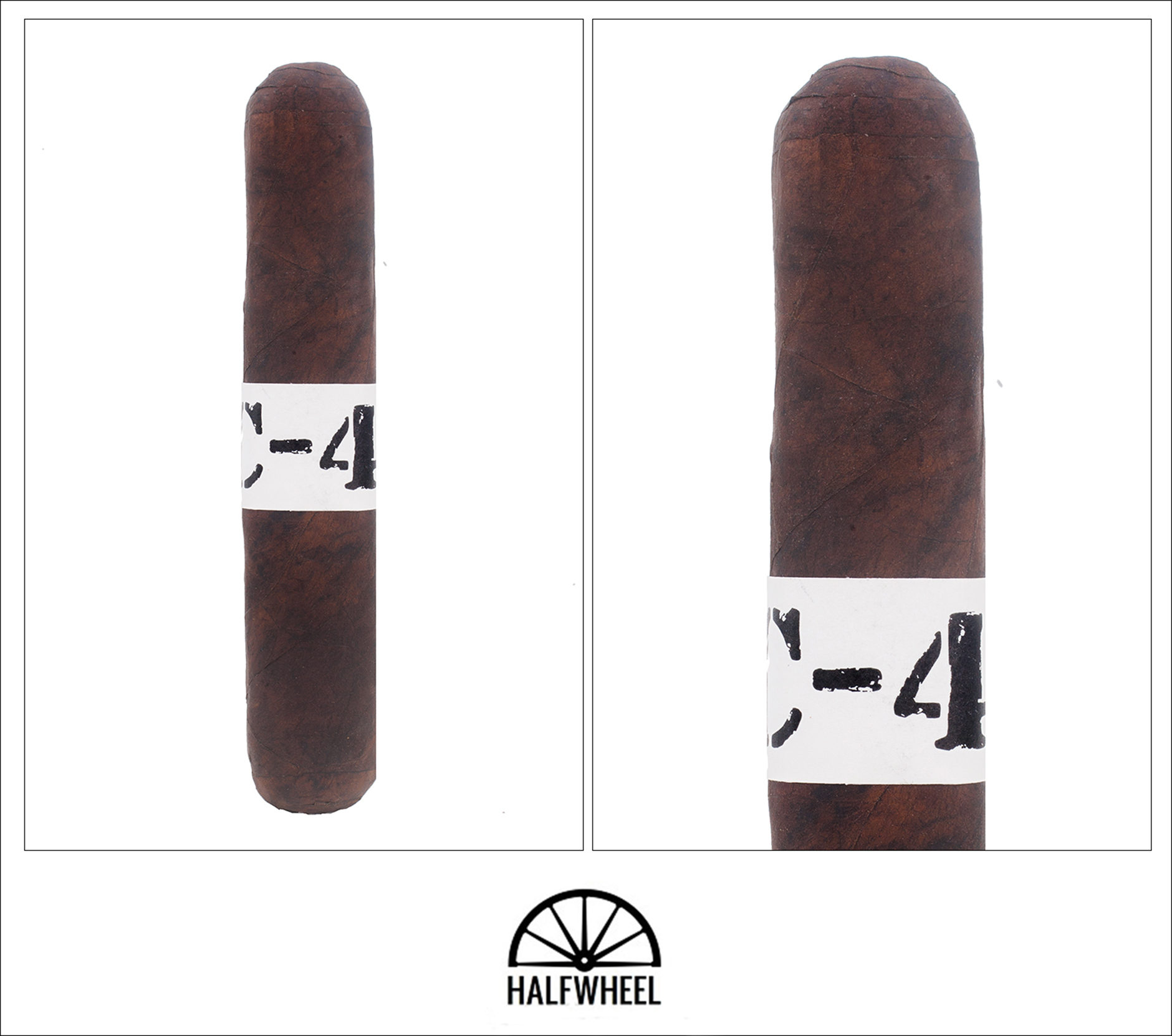 Straight-on, there’s no way to tell the releases apart. Each features the signature white band in the middle cigar and the double triple-cap on a slightly red dark Nicaraguan wrapper. There’s little aroma left after six months without cellophane, but I pick up a slight barnyard. From the cold draw, the C-4 is medium-plus with some sweetness, barbecue and a grain cereal and vanilla on the finish.

It’s an equally unexpected start from a cigar I associate with strength. The C-4 begins with toasty notes, some chalkiness and a touch of sweetness. It’s barely over the medium level in both strength and flavor with a noticeable lack of pepper and strength. At times, the sweetness morphs to a caramel, but it’s not consistent. The toastiness adds dimension becoming chewy and nuanced, but the first third does not feature drastic change. Construction is good, with the draw being great from the first puff. 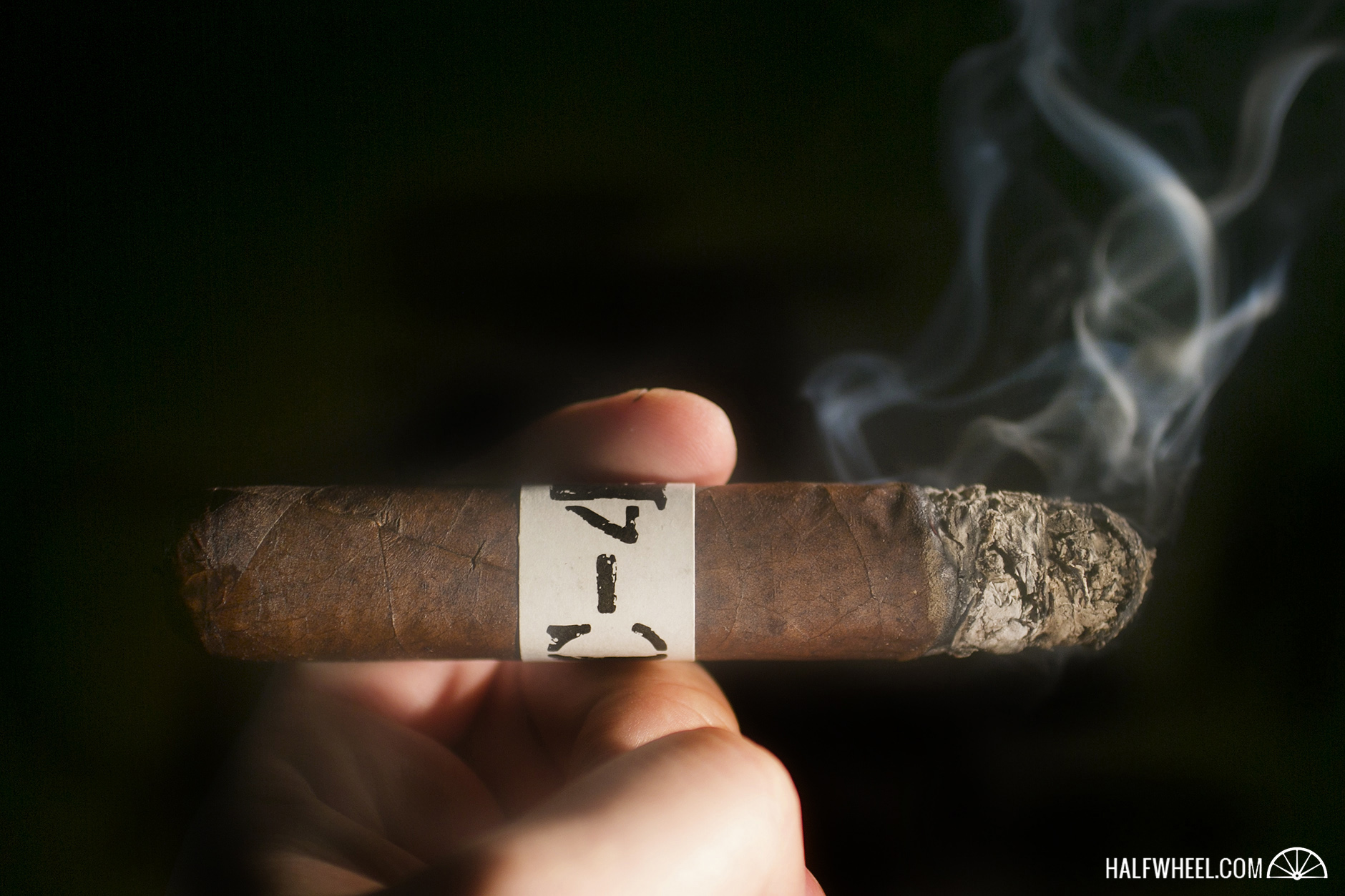 Somehow there’s more smoke in the second third, easily into the Liga Privada range of smoke production. I get a wonderful orange peel note for the first half of the middle part, after it disappears a coffee note emerges from the toastiness. The flavor is now full, and the C-4’s strength is now into the medium-full range. It’s still a combination of sweet and toastiness and bitter coffee, and now with a slight pepper. Unfortunately, the pepper does not make it into the final third, which would have been a good thing. The sweet caramel and toastiness remain on display for the Viaje. At one point I get a cayenne pepper note through the nose, but it lasts no more than two puffs. Construction remains good until the end with one touch-up needed. 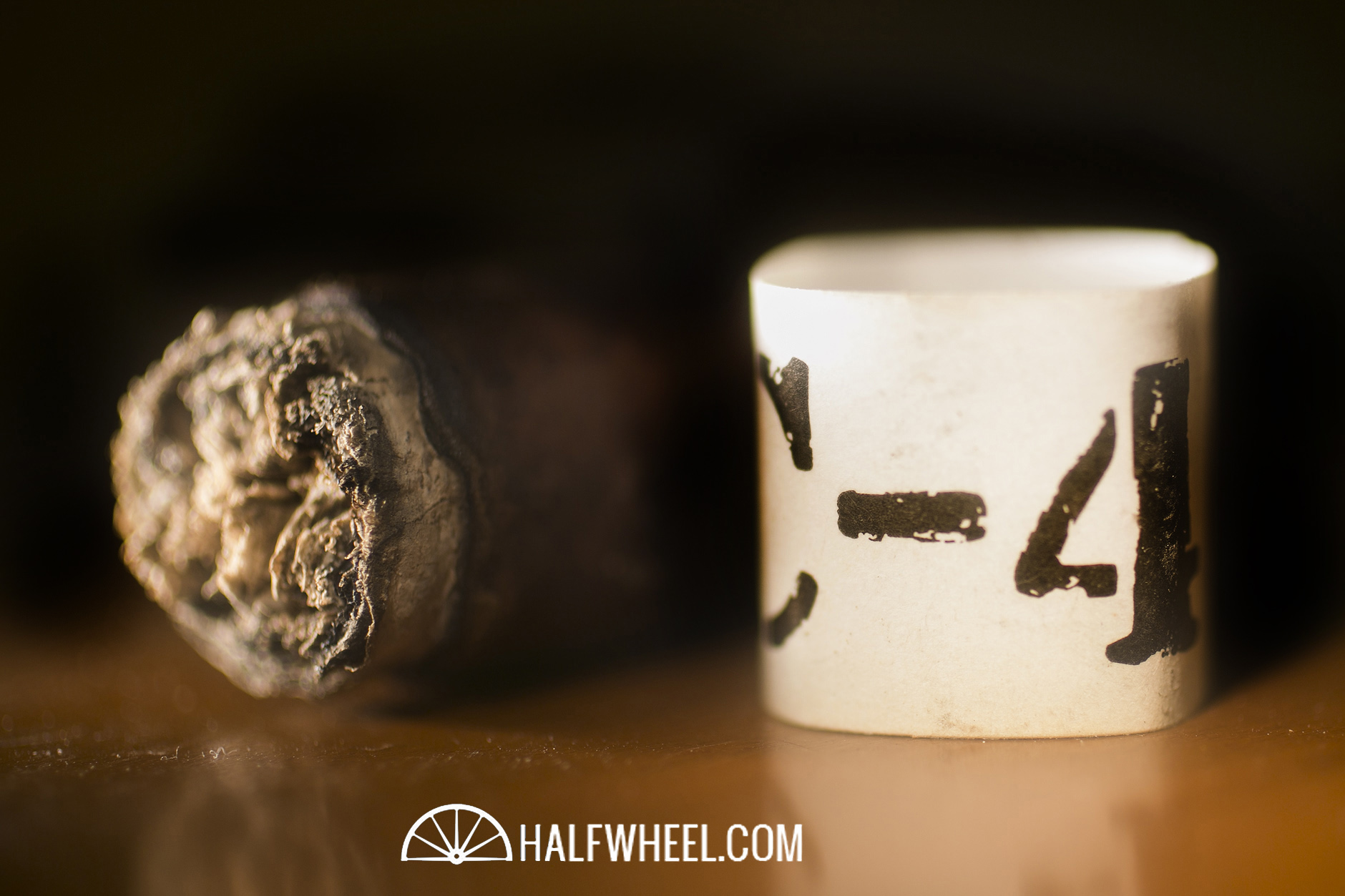 Recently, Andre Farkas suggested that waiting a bit to smoke Viaje’s cigars would improve their performance. Maybe? I do subscribe to the theory that says if there are inherent problems with the tobacco or roll, waiting won’t improve. There is no question some cigars ship too early and I have no clue if that’s the case with the C-4, because I did not smoke it when it first showed up at the office. I’ve had plenty of Viajes that were great when they first arrived, plenty that didn’t improve with time. Regardless, the C-4 is smoking quite well right now, it’s not the cigar the name suggests, but it’s well worth the price of admission.