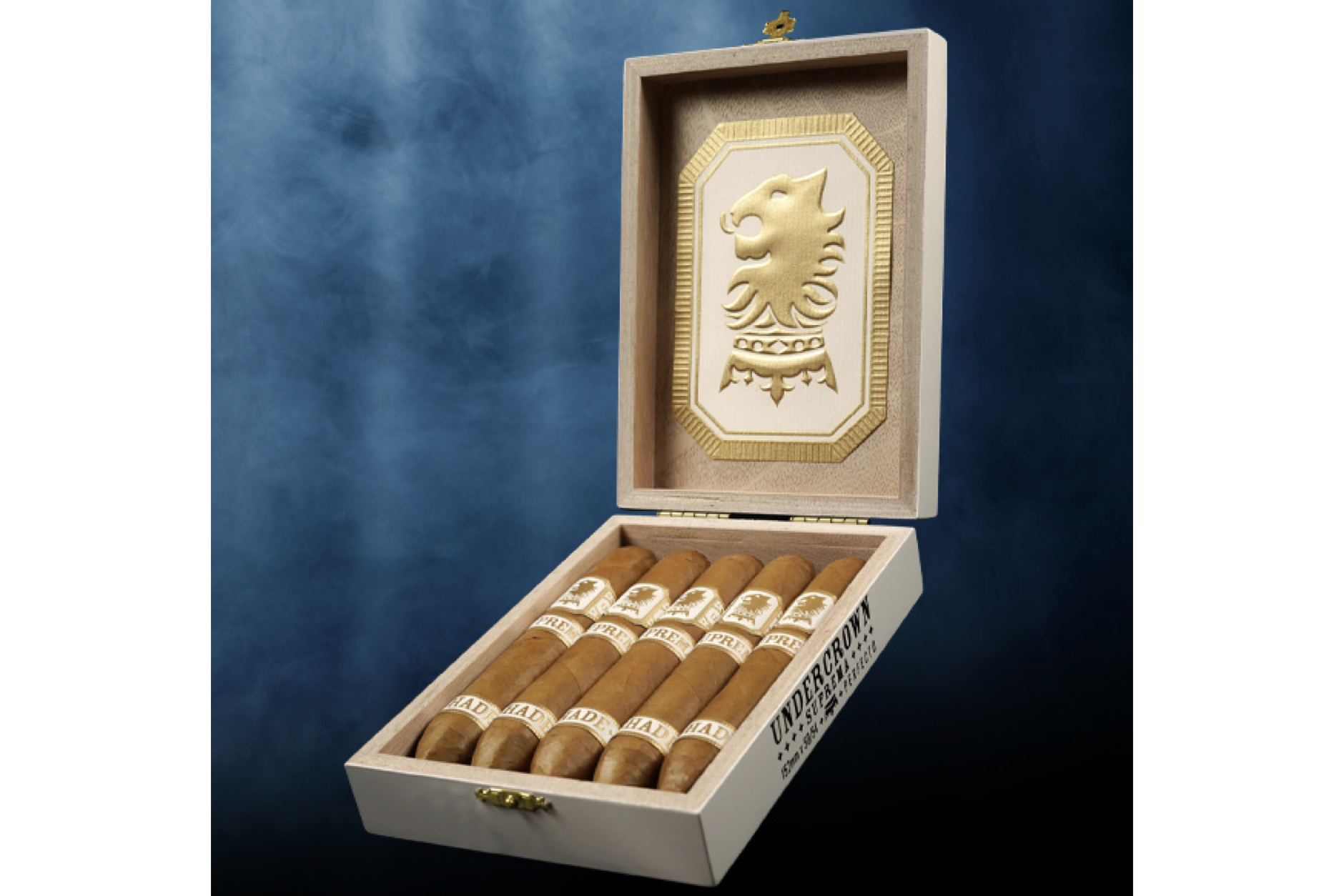 The Undercrown Shade SUPREMA, a 6 x 50/54 perfecto, will be shipping to retailers in September, a bit later than the initial target of Father’s Day.

Drew Estate has announced the new size, the first time the brand is getting a limited edition vitola in the U.S. Like the rest of the line, it uses an Ecuadorian Connecticut shade wrapper over a Sumatran binder and Dominican criollo 98 and Nicaraguan corojo and criollo fillers.

“Since the release of Undercrown Shade in 2015, it has been a staple in humidors nationwide,” said Jonathan Drew, co-founder and president of Drew Estate in a press release. “We knew it was the right time to release the first Limited Edition for Undercrown Shade, and it’s packaged beautifully in a clean white box.”