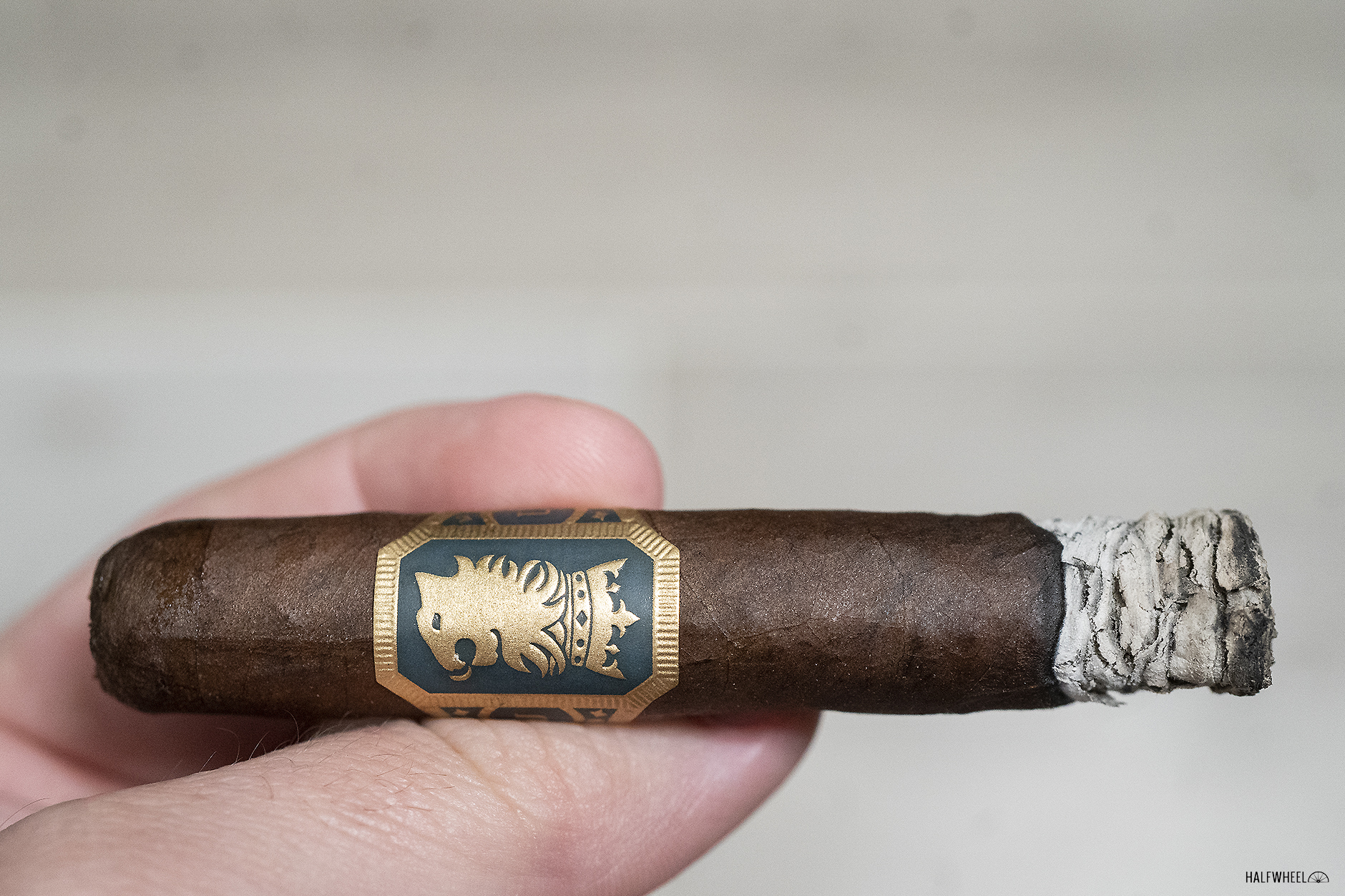 At the 2020 Tobacco Plus Expo, Drew Estate released a new size for its Undercrown Maduro and Undercrown Shade lines, a 4 x 44 short corona called the Corona Pequeña.

It has the second smallest ring gauge of the nine sizes in the Undercrown Maduro line and is tied for the shortest length with the Coronet, a 4 x 32 vitola. Like the rest of the line, it uses a Mexican San Andrés wrapper over a Connecticut stalk cut habano binder and fillers from Brazil and Nicaragua for the Maduro. The Shade uses an Ecuadorian Connecticut shade wrapper over a Sumatran binder and Dominican and Nicaraguan fillers.

“Corona Pequenas are short, squat, flavor bombs that sit between the tin size and the robusto size in the Undercrown brand family,” said Jonathan Drew, co-founder of Drew Estate, in a press release when the cigars were announced. “We could go on and on about the ‘functionality’ of this short smoke during winter months – but there is something absolutely beautiful about the Corona Pequena that is more meaningful than just utilitarianism.”

Here’s what I said about the Undercrown Maduro Corona Pequeña when I reviewed it in March 2020:

For as much as I have generally enjoyed the Undercrown Maduro blend, there are times when it just doesn’t work, and in my experience, it tends to be in the more slender vitolas. For as much as people—on this site included—call for smaller, more slender cigars, the reality is that it doesn’t always showcase the blend as ideally as bigger sizes. In the case of the Undercrown Maduro Corona Pequeña, the profile gets a bit sharp at times, and while there are good spots in the cigar, it’s that roughness that stands out, especially when there are plenty of other size options from which to choose. I want to be sure that I’m not attributing the performance solely to the size, as the tobacco might as well be contributing to the experience, but for now, I think I’d steer towards the slightly bigger vitolas in the Undercrown line when I want to enjoy what it has to offer

The Undercrown Maduro Corona Pequeña looks good, though the vitola still looks a bit out of the ordinary given its short and slender size. I’m intrigued by the foot band seeming to be saturated; it feels damp as I remove it, and while it comes off intact, the way the paper separates and the colors bleed leads me to think that the adhesive has had a chance to really soak in. This is also interesting because the cigar doesn’t feel damp; there’s a bit of give in terms of firmness but nothing that would suggest by touch that it is over-humidified. The wrapper is the familiar dark brown that Drew Estate uses for Liga Privada and Undercrown releases, with a bit of mottling and just a few small veins, making for a good looking leaf. The foot has a very mild aroma, with a bit of black pepper, earth and lumber. The cold draw is equally mild but a bit lighter, as it lacks the earth. It takes me a way to figure out what I’m getting, but the more time I spend with it, the more I get cardboard and a really light oatmeal with no pepper or sweetness. Airflow is good if a tick open.

There’s a good amount of flavor and pepper right out of the gate, as the Undercrown Maduro Corona Pequeña’s plentiful smoke hits my palate and nostrils with earth, coffee and black pepper in the first puffs. There’s also a bit of creaminess in the first half of an inch, more of a textural sensation than one of flavor, but it does provide a softening to the taste buds. After the first bit of ash gets knocked off, the flavor becomes more vibrant, as all the flavors are fuller and punchier, both as if the flavor picture had both come into focus and had the volume turned up a bit. That change leaves a more a lingering finish, mixing the three key flavor sensations but leaving me with the impression of a robust coffee flavor. There’s also a very enjoyable and bright black pepper through the nose that suggests there might be some sweetness coming as it has a subtle yet thick sweetness. Construction is very good and the cigar draws well, puts off plenty of smoke and maintains an even burn line. The only issue I have is finding the rhythm of puffing that the cigar seems to ask for, requiring one relight in this half.

The second half of the Undercrown Maduro Corona Pequeña begins with maintaining the increased flavor that closed out the first half, but it’s not long before the flavor shifts just a bit and becomes a bit more robust. There’s a touch more earthiness, now more of an actual earthiness rather than what I would say was a more refined version in the first half. The pepper is still bright, creating an interesting dynamic between it and the pepper, while the coffee finish remains. The sweetness I thought might be coming doesn’t seem to be on its way any longer, and while I don’t think the profile necessarily needs it, I would have liked to see it materialize on my palate at least for a few puffs. When I take the main band off, I find that it, too, is saturated and doesn’t come off cleanly. It doesn’t cause any damage to the wrapper, but the best way to explain it is that it lacks the snap that an unsaturated band often has. The final third sees the pepper sharpen up a bit, losing a bit of the breadth it had earlier that really enveloped the senses and now hitting them with a sharper sensation. The finishing puffs are a bit sharper, crisper and still robust, leading me to eye the glass of water next to me as a way to rinse and soothe my palate. Just like when I first smoked it, the smoking time is just over an hour, about 65 minutes in total, though I feel like I could have kept it under the one hour mark without too much problem if asked to do so. Construction is still very good, smoke production is still plentiful, and the burn line is even. I do have to relight the cigar once, seemingly due to taking a pause to write down some notes about the cigar.

Small vitolas, such as the one that the Undercrown Maduro Corona Pequeña comes in, aren’t always great expressions of a blend, but in the case of this cigar it does work out pretty well. There are points where the flavor is a bit sharper than I would have liked, something that I don’t recall the thicker vitolas offering, but it’s not enough to sour the overall experience. Both from a technical perspective and one of flavor, this is an easy cigar to smoke thanks to fantastic construction and combustion, while the flavors are very agreeable to my palate from start to finish. There is a bit of robustness and sharpness that might not work for everyone, but this is a good reminder that the Undercrown is a solid and reliable blend in whatever vitola you choose to smoke it.