In 2012, Pete Johnson of Tatuaje decided to venture from his generally Nicaraguan-forward cigar blends and release a cigar with a Mexican San Andrés wrapper, appropriately titling it the Tatuaje Limited Series Mexican Experiment.

The line showed up with little fanfare or formal announcement, appearing at select retailers in various sizes—a total of five would be eventually released—before finding itself relegated to the history of the brand.

This year, Tatuaje decided to not just bring back a limited amount of its Limited Series Mexican Experiment, but also release a 2019 version called the ME II. Both lines use a wrapper grown in the San Andrés region of Mexico over a Nicaraguan-grown binder and filler.

Additionally, both come in the same four sizes, each of which is priced at $10:

As for what makes them different, the Mexican Experiment wears the red, green and white band from the Limited Series and each size is limited to 1,000 bundles of 15 cigars. The ME II is a regular production cigar that wears a different band, one that says ME II on it, and it comes in boxes, albeit 15-count as well.

Here’s what I said about the original Tatuaje Limited Series Mexican Experiment Robusto when I reviewed it in June 2012:

If there’s one thing I remember about the Tatuaje Limited Series Mexican Experiment Robusto, it is the red, white and green band. Beyond that, there is nothing that immediately jumps out about the cigar, but closer inspection reveals some less noticeable things. The cigar gets a pretty solid box process, with the firmness a bit more than what I was expecting but it is far from being a hard cigar. The wrapper leaf is quite interesting to look at, a dark brown that has a black-brown hue in some spots and is fairly oily and toothy. There’s just enough variance in the color to clearly see the seams of the wrapper, but otherwise, the cigar is pretty perfect from a visual perspective. The foot offers an aroma that is bright, sweet and surprisingly spicy, mixing a bit of black pepper, baking spice and some sweet peppers together to really tingle the nostrils. The cold draw is a bit more restrained but keeps to the same basic path, minus some of the brighter spice notes.

The opening puffs of this new Tatuaje Limited Series Mexican Experiment Robusto have me scratching my head both to figure out what exactly I am tasting as well as why I’m tasting it, as it is certainly not what I would call a traditional flavor set either for Tatuaje or for a cigar billed as having Mexican tobacco in it. There are some words that come to mind—bitter and vegetal—that don’t really seem to fit here, but I’d be lying if I didn’t think of the handful of times I have had bitter melon. There’s some familiar black pepper to be found and the nose gets a very bright expression of it, while earthiness seems to be making a push to join the party, all in the first half-an-inch. The retrohales become a bit too potent for my liking here as well, forcing me to abandon the technique for a bit. If anything, this is a reminder that I’m not smoking a cigar that has been in the humidor for several years. As the cigar burns through its first inch, smoke production steps up to fairly substantial levels, and thankfully the less familiar parts of the flavor settle down a bit. What hasn’t settled are retrohales, still bright and peppery, almost too much so for my enjoyment. The cigar has performed very well through the first half, with smoke production still being quite significant. 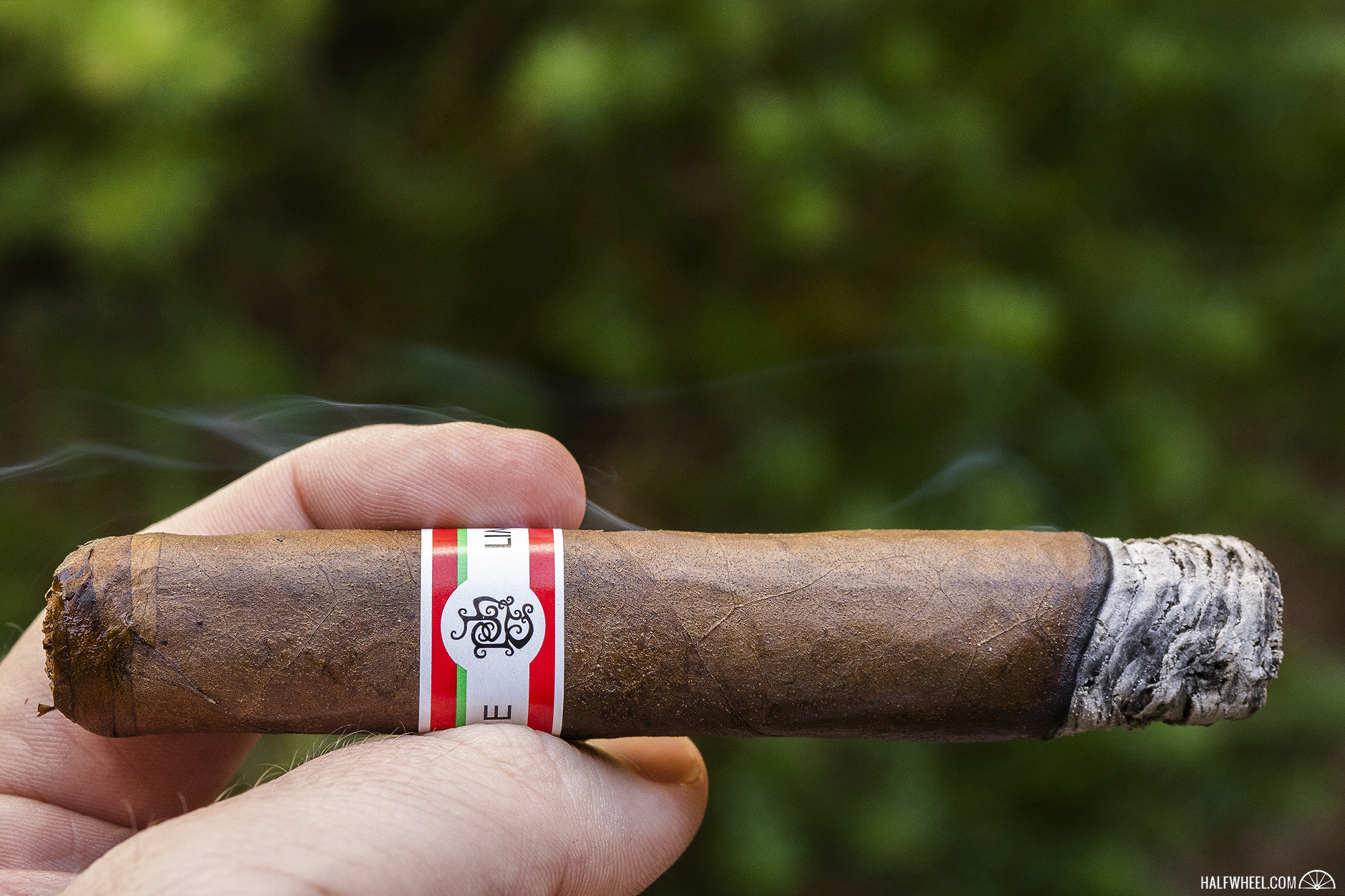 There isn’t much change to be found immediately after crossing into the second half of the Tatuaje Limited Series Mexican Experiment Robusto, but in the final third the cigar begins to take on a more familiar profile, though I’m having a really difficult time getting the notes of Mexican tobacco that I find myself looking for, notably the earthy terroir that is a hallmark of the varietal. It’s also becoming apparent that there is little if any sweetness to be found from the cigar until the very final inch, and it’s only minimal at best. That last inch brings the black pepper into a more familiar place as well, leading me to take one more retrohale which shows that it is still as vibrant as it was earlier. Things wrap up after about 90 minutes with the cigar still performing very well.

Other than a general memory of liking the original Tatuaje Limited Series Mexican Experiment Robusto, I can't say I have much in the way of specific details that stood out about it after just over seven years since reviewing it. As noted above, this new version is a bit of a head-scratcher from a flavor perspective in the first half as it tasted almost nothing like what I would expect to get from a combination of Mexican and Nicaragua tobacco, let alone what I'd get from Tatuaje utilizing such a combination. The retrohales were also much more lively than I prefer, making it tough to utilize them to get a complete picture of what the cigar has to offer. Maybe it's some youth, maybe it was a bad day for my senses, maybe it was just a funky sample, but my lone experience with the 2019 release of the Tatuaje Mexican Experiment makes me question a number of things about what all I spent about 90 minutes with for this redux. It certainly didn't match up to what memories I have of the original, nor my expectations of this re-release.