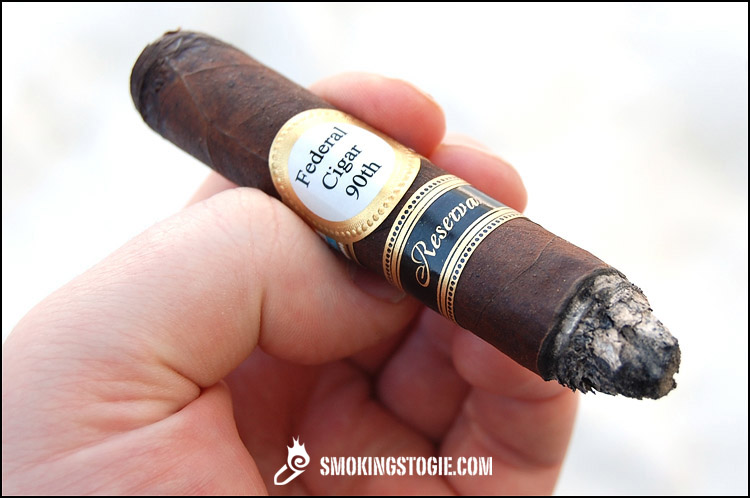 A year ago I attended a Tatuaje event at Federal Cigar and spoke with Rick Gadway, owner of Federal Cigar, about an Exclusive Series Pete Johnson was going to do for his store. Gadway explained to me that he requested a 109 vitola for his stores 90th Anniversary that was coming up, but didn’t really get into any blend details as it was still well before the testing stage at this point. I honestly didn’t think about it for close to a year until the hype drums started rumbling around the first of this year. The Federal Cigar 109 Exclusive Series had been born and was New England bound in just a couple months.

The 109 has always been a favorite vitola of Rick Gadway’s, so it was really a no brainer for this to be the chosen size. The 109 is available in two wrappers, Rosado and Broadleaf (Reserva). There are 300 boxes of 25 of the Rosado available to all customers including phone orders and there are 100 boxes of 25 of the Reserva available only to local customers and special clients. I have been told you will not be able to order a box of the Reservas over the phone.

The blend of this cigar is based on the Verocu and sports a Rosado wrapper. The Reserva is the same internal blend but has a Connecticut Broadleaf wrapper. Both cigars come with the Exclusive Series band that Pete is using for all the Anniversary cigars. The Reserva, however, sports a second band that’s reads simply Reserva. 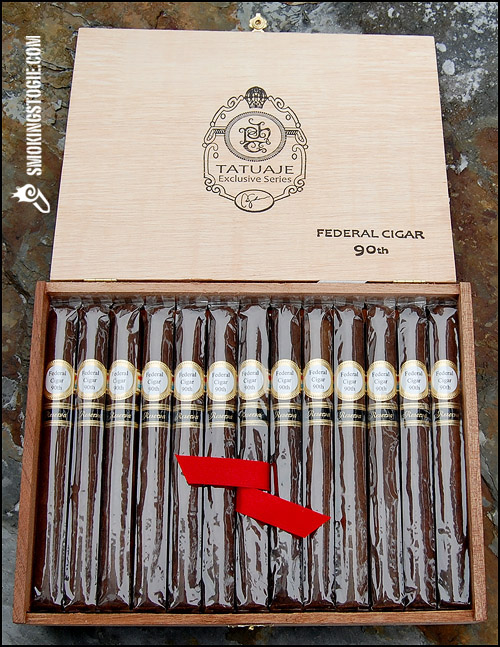 Unlike the cabinet boxes we are used to this release comes in a Cuban style cedar box with 13 cigars on top and 12 on the bottom. 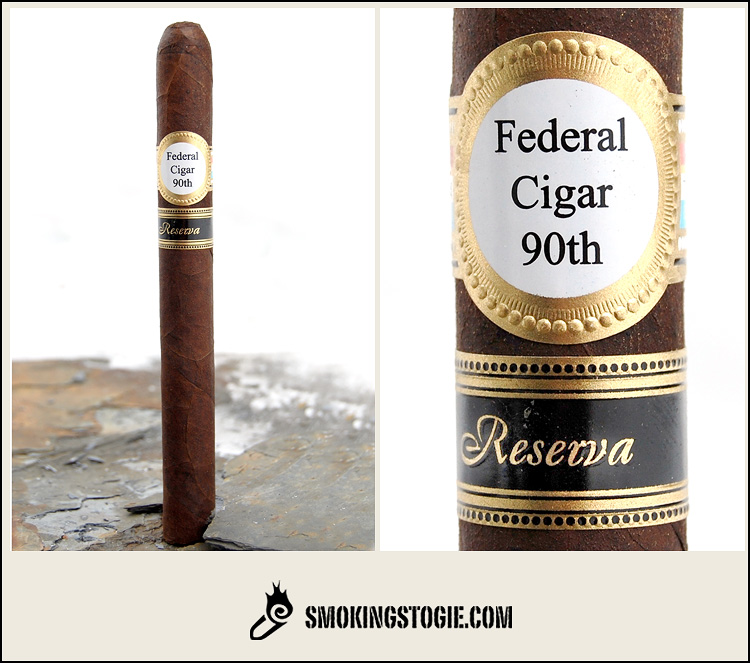 The first thing I notice about the cigar is the size, coming in at just over 7 inches it is very long and it has a cone-shaped taper at the head giving it an almost pyramid shape. If you know the 109 size you know they are easy to recognize. The wrapper is your typical dark chocolate colored broadleaf with a rustic look. There is a touch of oil on the wrapper and it has a rough feel to it with a bit of tooth here and there. The cigar is firmly packed with a dense feel to it and the wrapper is applied perfectly giving it a seamless look. I am very excited already to light this up. The cigar has a rich aroma full of tobacco and a nice barnyard aroma with notes of old wood and hay. There is also a very distinct fruity aroma to it;  sweet, almost like cherries. After cutting just a bit off the top I take my first cold draw and immediately I taste that fruity character from the pre-light aroma. It’s very noticeable as I draw on the cigar but then fades away on the finish. I also get notes of cedar and chocolate, overall just a very woody, sweet profile.

Starting off in the first third I am surprised at the lack of pepper, I guess being such a Tatuaje lover I always expect that blast of pepper, but this does not have it. After about five or six puffs the pepper comes alive and brings with it a good amount of spice too. The initial flavors are woody, roasted coffee bean and dark chocolate giving it a touch of sweetness. The finish is long and peppery, but the actual flavor palate is very clean. Indeed a wonderful start.

Coming into the second third, the dark chocolate and coffee come full force. It shows very deep earthy flavors, the chocolate is very dark, like a semi-sweet chocolate just barely straddling the line of bitter and sweet and it starts at the draw and stays on the palate all the way through the finish. There is quite a bit of pepper and spice giving it nice balance and complexity. There is a really nice creamy texture to the smoke at this point, very lush. The cigar is medium/full at this point but only about medium in strength.

Finishing up in the final third the cigar takes on an even richer and spicier profile. There was a distinct point where the cigar reminded me of the Barclay Rex, a very salty, sweet profile with bits of leather, wood, coffee and spice. There is a lot going on in the final third and everything is so balanced, there isn’t one single flavor overpowering another, they all seem to flow in perfect harmony. I am able to nub this cigar with ease. This cigar was a nice change from the last Exclusive Series. It wasn’t an in your face strong cigar, but had finesse and style. The Tatuaje Federal 109 has subtle flavors and a medium body. You hear a lot of cigar makers explain their cigars as medium body, but full in flavor, well this was just that. This cigar could be perfect in the late morning with coffee or it could go well after a hearty steak dinner with a glass of single malt. It had rich flavors and lots of complexity. When you smoke a cigar that’s over 7 inches long you don’t want to get bored by the last third. This cigar had something to offer the entire way. I will definitely hold on to some of these and if you can track some down, please do. You won’t be sorry.