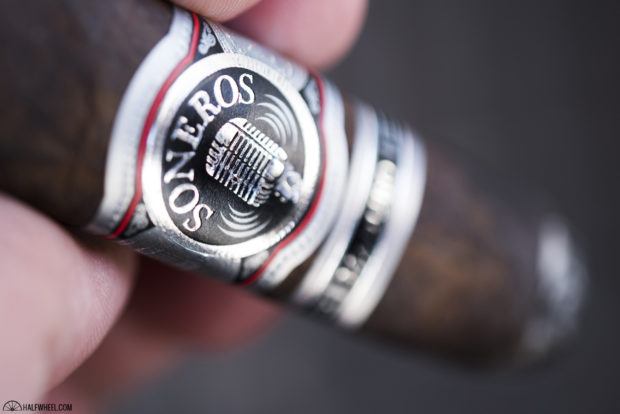 At the 2013 IPCPR Convention & Trade Show, Tarazona Cigars displayed a handful of brands from a relatively unknown company called Cubanacan. One of them was Soneros, which the company said it was making in Nicaragua.

No one really could have predicted how complicated the brand’s story would get. In short, the Soneros was a brand actually owned by Omar González-Alemán and his son Luis Omar, who were making cigars for Cubanacan, which in turn was distributing cigars with the assistance of Tarazona.

Cubanacan would come to much more prominence a year later when it announced it would work with Hirochi Robaina, grandson of the legendary Cuban tobacco farmer Alejandro Robaina, and hired a variety of well-known salespeople to establish a national salesforce.

But a year later things had blown up. In late May 2015, Spence Drake—who had been hired as vp of sales—left the company. Robaina announced he was ending his relationship with Cubanacan in mid-July and the González family announced it would not produce cigars for Cubanacan anymore citing unpaid bills. It later sued Cubanacan.

Since the tumultuous 2015, Cubanacan had largely not been heard from, something that began to change late last year. In those same two years the other three parties—Drake, Robaina and the González family—have continued working together. Drake started White Hat Distribution to distribute both the HR brands as well as the González family brands, which brings us back to Soneros.

Last month a new version of Soneros began shipping. It keeps the same four vitolas and wrapper varietals as the original, though the fillers are different.

The subject of today’s review is the revamped Soneros Habano Maduro, a blend made up of an Ecuadorian habano maduro wrapper covering a Mexican San Andrés binder and filler tobaccos hailing from Estelí, Jalapa and Pennsylvania. The new regular production cigars are packaged in boxes of 20 and are being produced at the aforementioned La Corona Factory with distribution by White Hat Distribution.

“When creating a cigar we aim to achieve a deep richness, balance, aroma, and most importantly, a consistent product; I think that is what we have successfully done with the Soneros blends,” said Omar González-Alemán, co-founder of La Corona, in a press release. “The processes we use require a lot of time, but that is what it takes to create blends like these, there are no shortcuts. We grow most of the tobacco, ferment all of the tobacco, then age the tobacco for a minimum of two years before the cigars are rolled.”

The Soneros Habano Maduro is being offered in four different sizes. 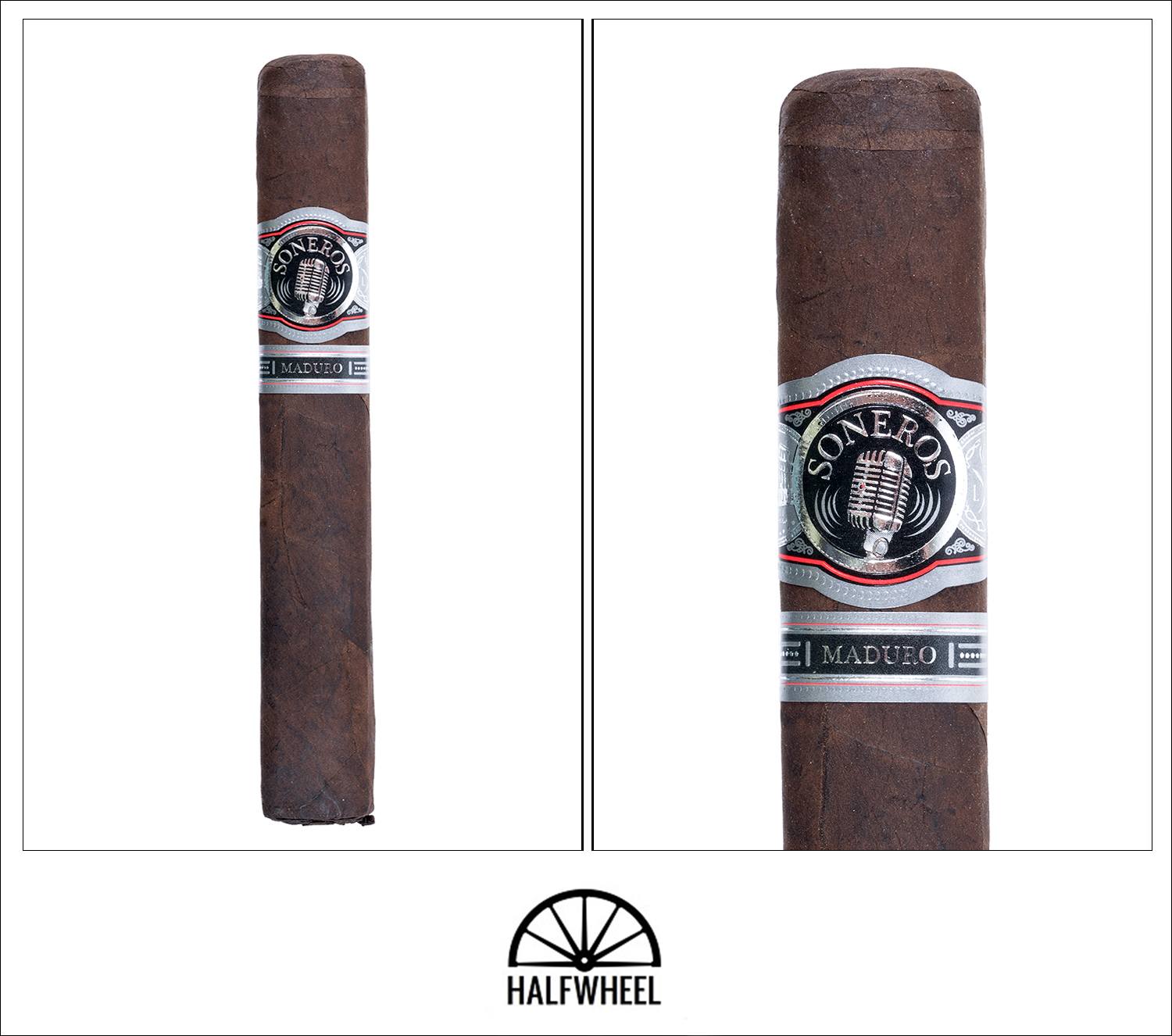 Visually, the Soneros Habano Maduro Toro features an extremely dark espresso brown wrapper that is very smooth to the touch, despite the fact that it lacks almost any obvious trace of oil. The cigar is also quite spongy when squeezed and the closed foot is a nice touch. The aroma from the wrapper is a combination of creamy wood, earth, barnyard, dates, grass and sweet raisins, while the cold draw brings flavors of oak, almonds, cinnamon, leather, earth, black pepper, and the tiniest amount of spice on my tongue.

Turns out the slight spice on the cold draw was misleading, as the first third of the Soneros Habano Maduro starts with a bang, including enough spice on my tongue to make me slow down my puff rate instantly. There is also a massive amount of black pepper on the retrohale, but neither is so overwhelming that I can’t taste specific flavors, including a dominant leather note followed closely by gritty earth, cinnamon, nuts, bitter chocolate and slight herbs. I am noticing a distinct espresso bean bitterness on the finish—which gets significantly more bitter if I puff too hard or too fast—as well as a slight, indeterminate sweetness that sadly does not seem to be getting stronger as the cigar burns down. In terms of construction, the Soneros features a draw that is a bit looser than I would like after a straight cut, but the burn is fantastic out of the gate and the smoke production is extremely copious off of the foot. The strength easily hits a point close to medium by the time the first third comes to an end, but seems content to stay around there for the time being. 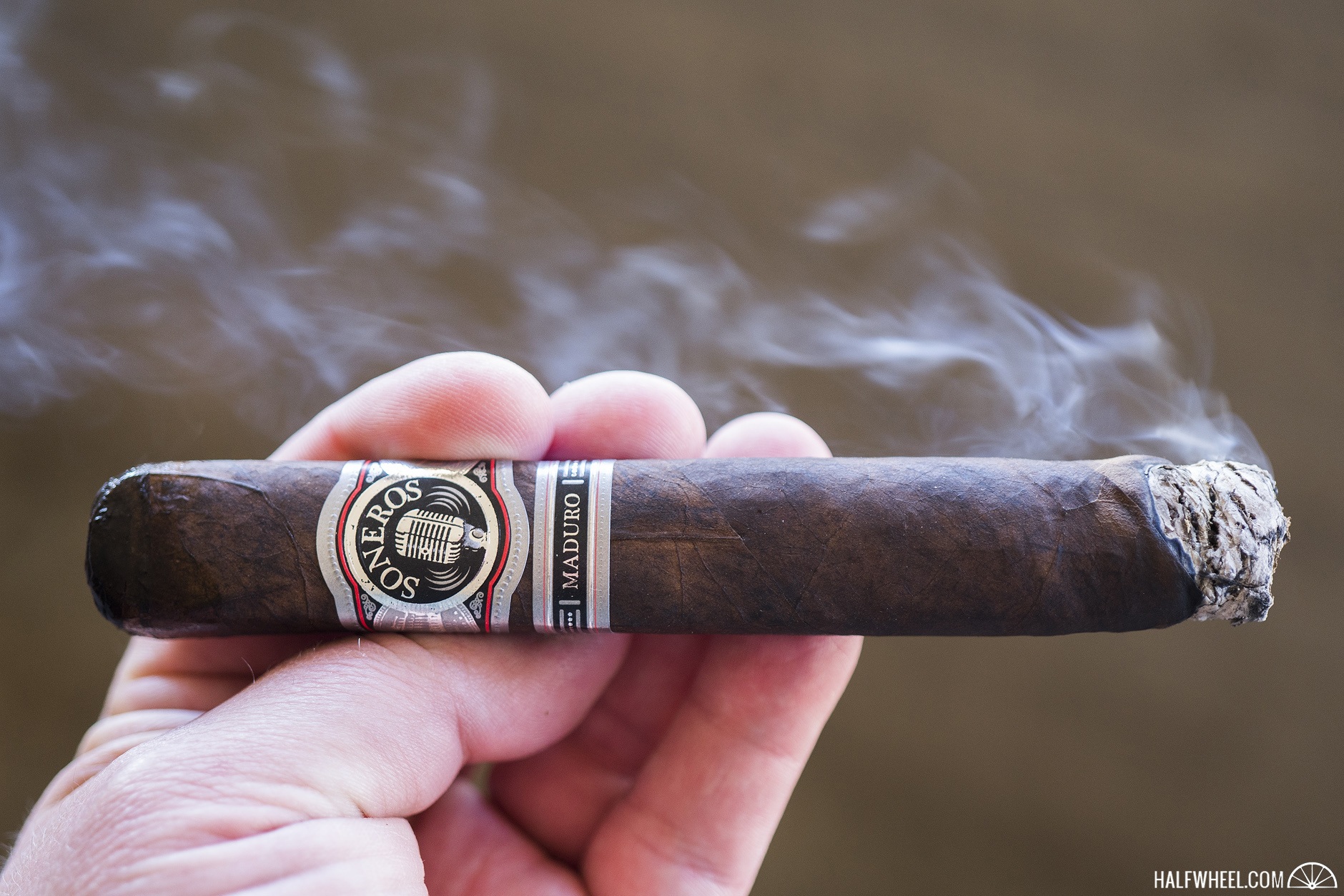 Thankfully, both the spice on my tongue and the black pepper on the retrohale have calmed down dramatically by the time the second third of the Soneros Maduro starts, although they are both still present enough to make a real impact on the profile. The dominant flavor has shifted to more of a salty peanut note, while other flavors of cocoa nibs, espresso beans, leather, earth, rice and a touch of floral come in right behind. While the sweetness in the blend is a bit stronger, it is still not distinct enough to really pinpoint with any accuracy, nor is it strong enough to impact the aforementioned pepper and spice notes. Construction-wise, the burn remains excellent with no touchups needed while the draw continues to give me no issues at all and the smoke production is well above average off of the foot. Interestingly, the strength has not budged since the end of the first third, staying a point just under the medium mark. 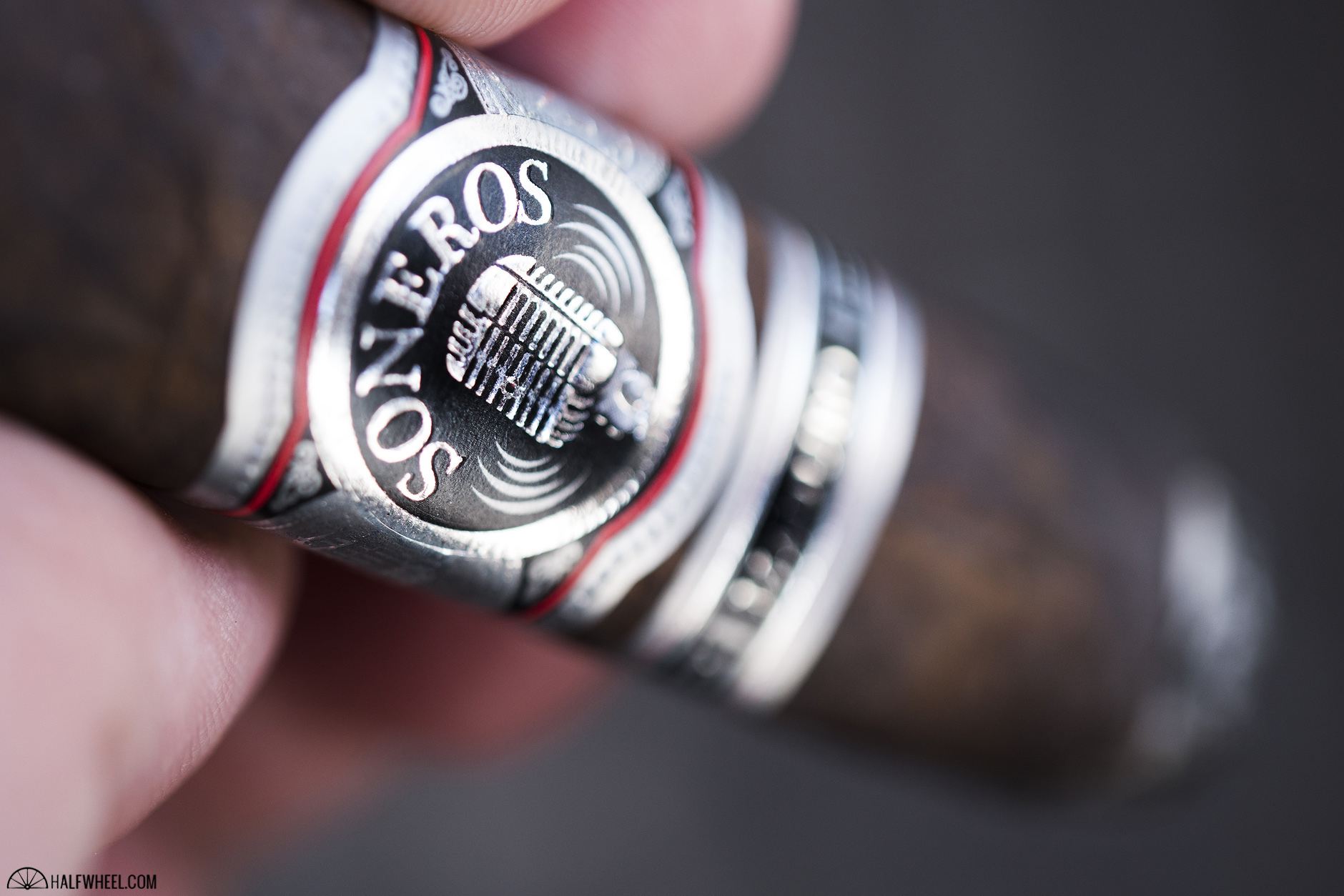 There are not many changes to the profile in the final third of the Soneros Habano Maduro: the dominant flavor remains salty peanuts interspersed with notes of dark chocolate, roasted coffee beans, floral, rice, leather and earth. Both the spice on my tongue and black pepper on the retrohale continue to impact the profile—albeit nowhere near as much as in the first third—and unfortunately, the sweetness that is present remains just light enough to tease me without actually becoming strong enough to really impact anything. Both the burn and draw continue to impress and the smoke production is still very heavy, while the overall strength does finally tick into the medium category—barely—by the time I put the nub down with a little more than an inch to go. 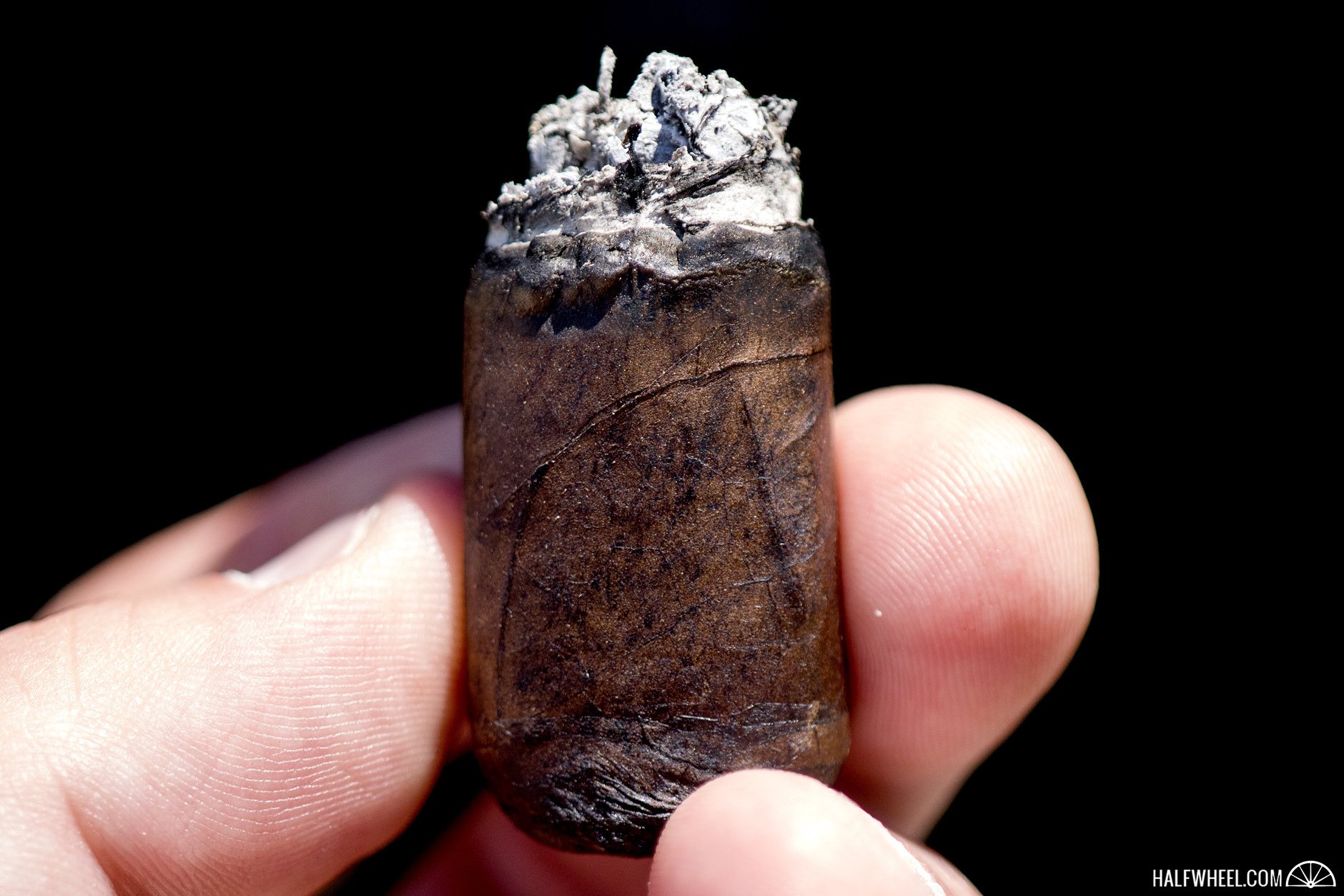 I was not sure what to expect going into the Soneros Maduro, but what I ended up with was an enjoyable, nicely constructed and moderately complex blend that burned like a dream. Yes, the combination of aggressive spice and pepper in the first third was a bit rough and there could have been more sweetness to even things out, but once the second third started my enjoyment increased. An easy cigar to recommend picking up to try if you see it and a nice option to put away for a little while as well to see how some age treats it.