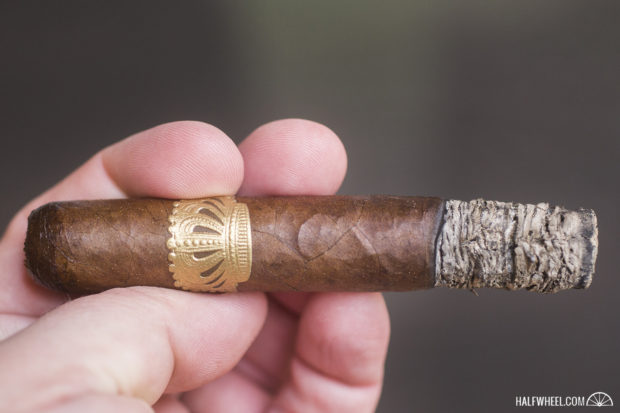 While Steve Saka’s Dunbarton Tobacco & Trust debuted its first brand named Sobremesa at the 2015 IPCPR Convention & Tradeshow, the first vitola that was under five inches in length would not arrive until a year later.

“Having produced Sobremesa for a year now, we are finding a quantity of exceptional, but too short of capa to make the larger formats within the line so the creation of the Short Churchill proved to be a necessity,” said Saka in an email to halfwheel at the time it was released.

According to Saka, the Short Churchill vitola has a little more strength to it than other sizes in the line, something that he specifically wanted for this particular cigar.

There are nine different vitolas in the Sobremesa line-up:

Here is what I said in my first review of the Sobremesa Short Churchill six months ago:

As with the first samples, the Sobremesa Short Churchill is covered in a light mocha brown wrapper that features a bit of tooth, but not very much obvious oil. There are a number of inconspicuous veins running up and down the length of the cigar, and it is slightly spongy when squeezed. Aroma from the wrapper is a combination of manure, bitter coffee, sawdust, oak and leather, while the cold draw brings flavors of hay, wood, dark chocolate, creamy almonds and black pepper.

The Sobremesa starts out immediately with a dominant combination of flavors, including creamy almonds and bread, followed closely by other notes of leather, caramel, cream, cocoa powder, espresso beans and earth. There is a surprising amount of spice on my tongue that hangs around until just after the halfway point, where it disappears, and I am also noticing a bit of black pepper on the retrohale. Something I was not expecting was a very distinct dark fruit sweetness that begins to make itself known after the first 10 puffs or so, and only becomes stronger as the cigar burned down, becoming a very integral part of the profile by the end. 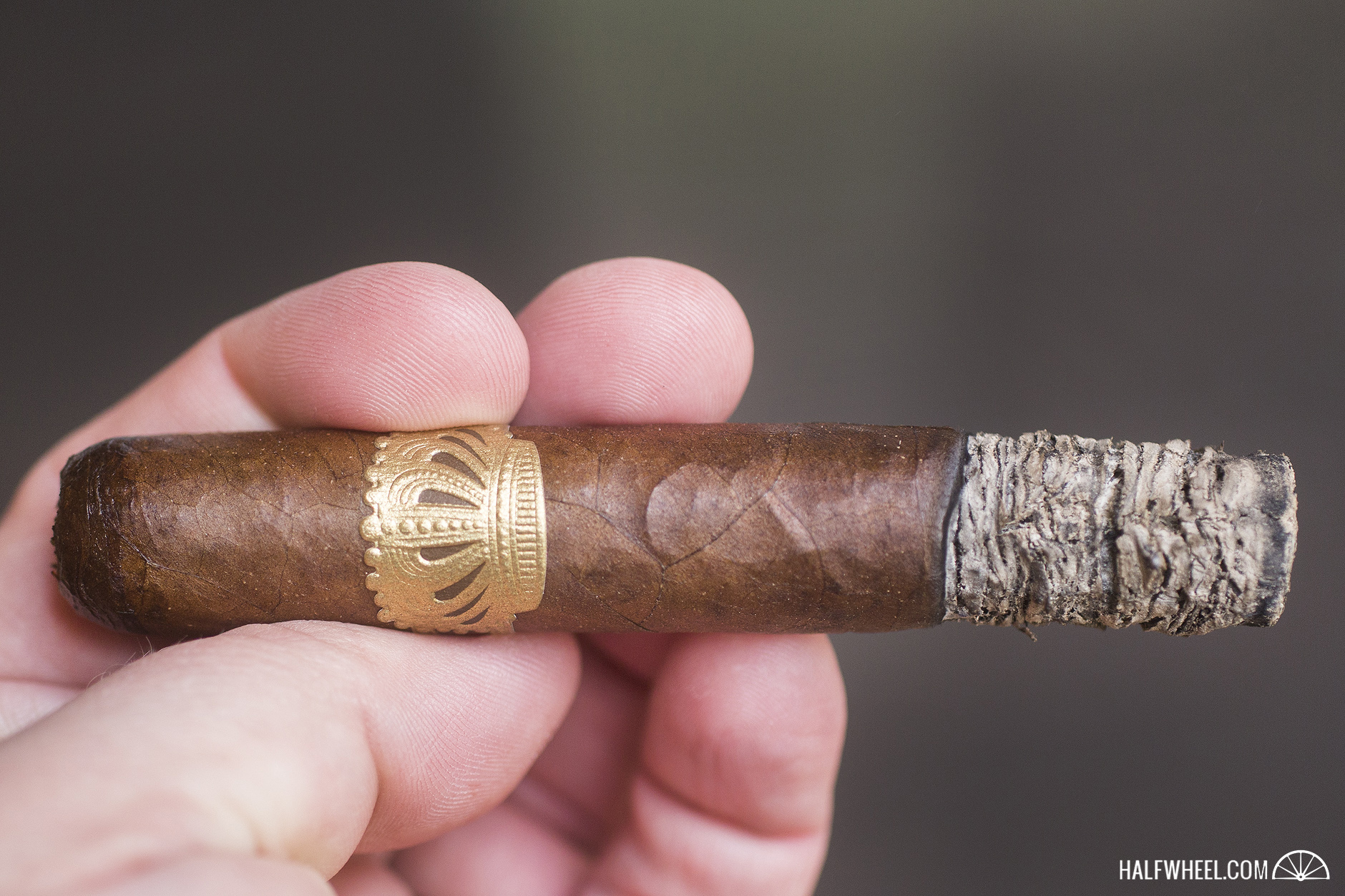 Construction-wise, the Sobremesa Short Churchill has no issues whatsoever, with a draw that gives me just the right amount resistance after a simple straight cut to a burn that not only remains razor sharp throughout the smoke, but also only needs to be touched up once near the very end when I probably should have put it down anyway. Smoke production is well above average for the vitola, and while the overall strength starts at a spot between mild and medium, it ends just a touch above the medium mark by the time I am done.

I really enjoyed the Sobremesa Short Churchill the first time I reviewed it and the second time around was even better. The profile was just as enjoyable, with a dominant creamy almond and bread combination that persisted throughout the cigar, but the one major change was the dark fruit sweetness that really set the rest of the profile off. The construction was almost flawless, with nary an issue in the burn or the draw, and while there was a bit more strength in this vitola than the others I have smoked—I would call it just north of medium—it was extremely well integrated. Just an excellent cigar in an excellent vitola and something that every lover of medium-bodied, full-flavored cigars should try at least once.