There are some that go away never to be heard from again, and then there’s Steve Saka.

When it was announced in 2013 that Saka would resign as ceo of Drew Estate, he made it clear that he would be back in the cigar industry. Standing in his way was a two-year non-compete—and of course, all of the things that go along with starting a new cigar company. In June, we revealed said company would be Dumbarton Tobacco & Trust and shortly thereafter, Saka announced the first cigar, Sobremesa. 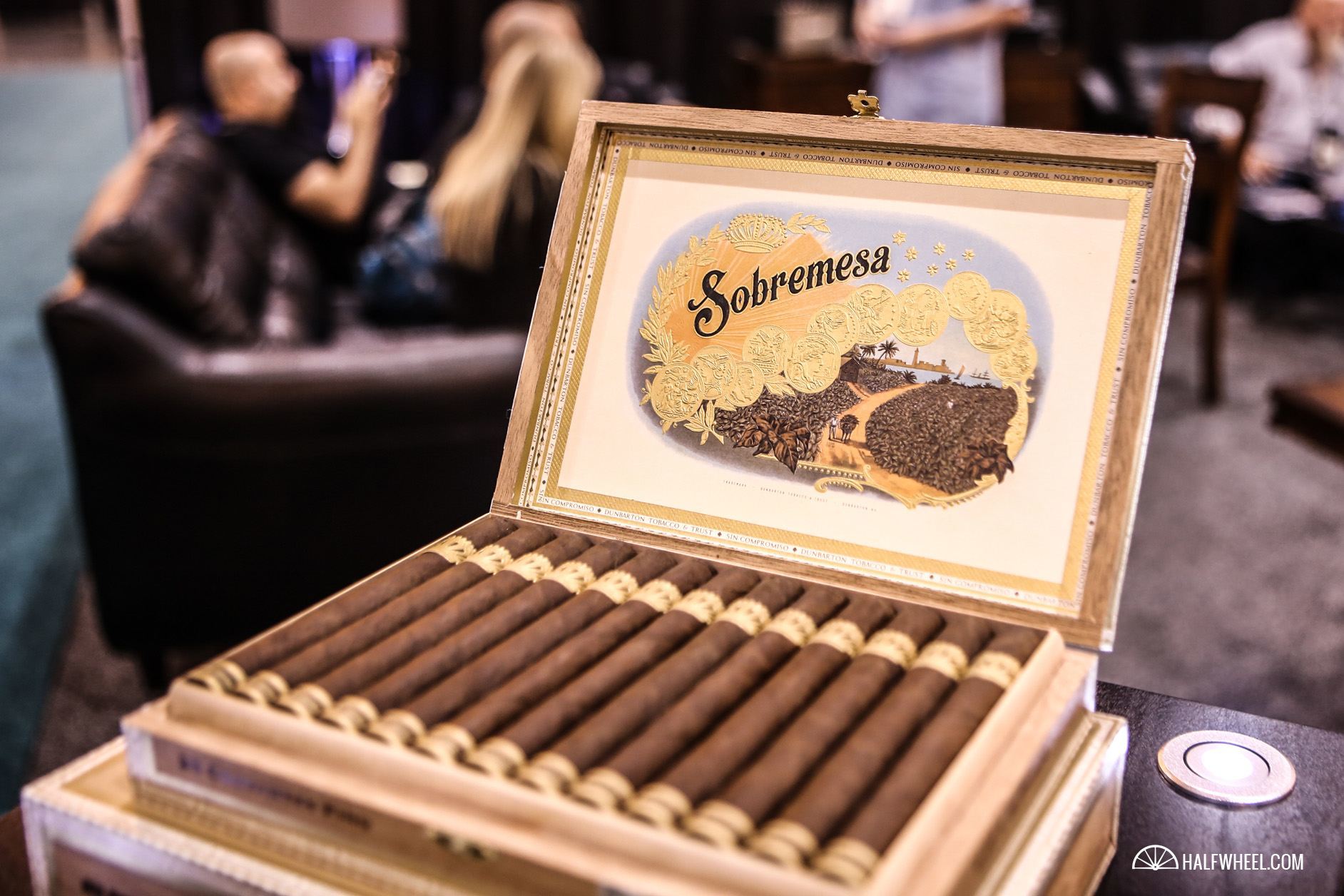 The cigar was shown off at the 2015 IPCPR Convention & Trade Show and to quite a bit of fanfare. Due to concerns about how the cigars were stored, no one was allowed to smoke samples of the cigar. Due to uncertainty about demand, supply and when the cigars would be ready, no one was allowed to place official orders. Instead, retailers were offered Liga Privadas and asked to make commitments, knowing there was no guarantee that said orders would be filled. It was a bit bizarre: a new company, with retailers lined up to purchase, sight unseen and cigars unsmoked. It was a very visual testament to Saka and the trust retailers have in him.

As for the cigar, it’s being produced at Joya de Nicaragua, a factory Saka became rather familiar with due to Drew Estate’s distribution of the brand in the U.S. 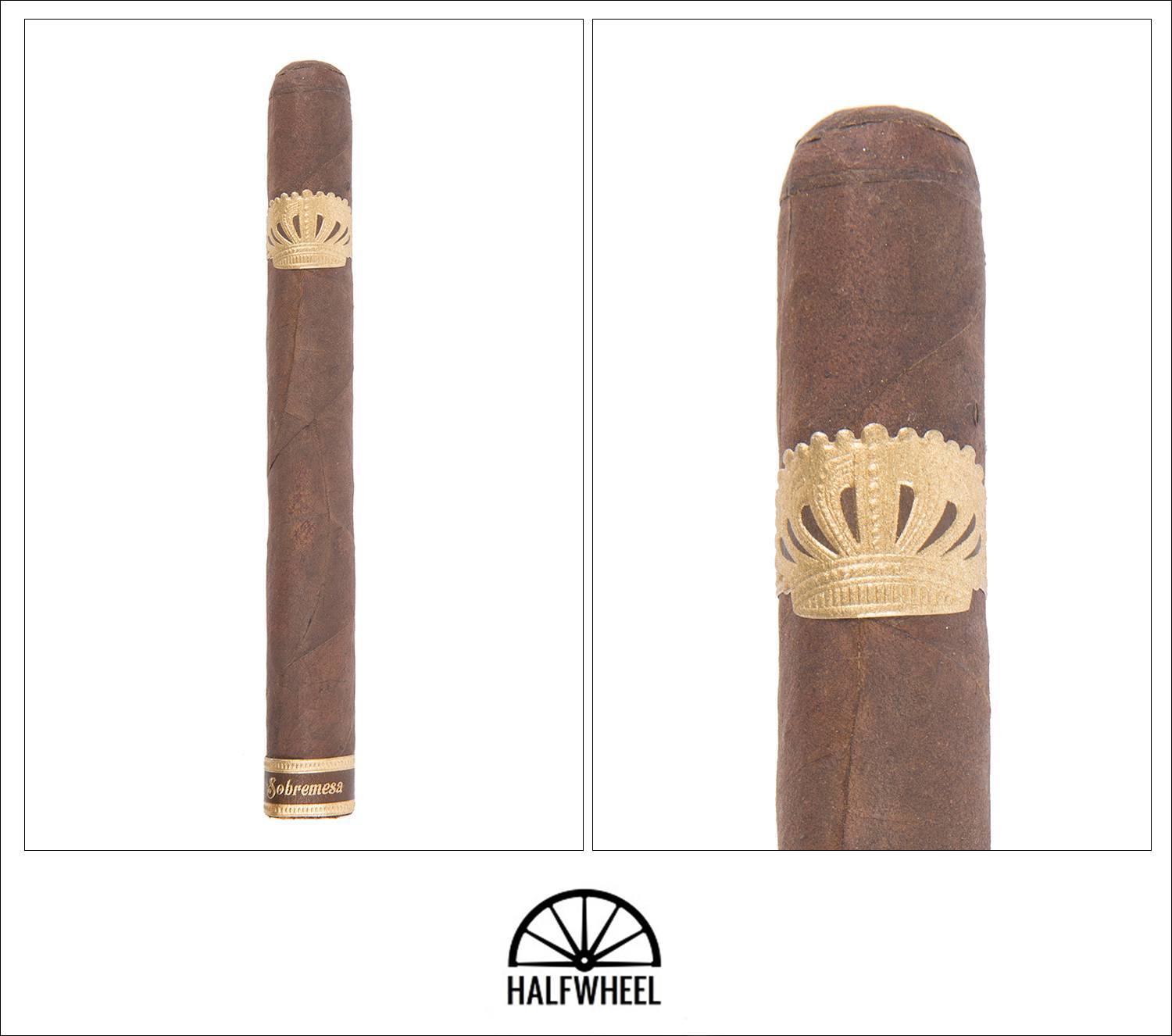 I love the look of Sobremesa; it’s clear that Saka’s experience at JR Cigar and Drew Estate combined with his non-compete allowed for him to meticulously think of what he wanted, and it shows. That being said, the first sample I smoke feels a bit underfilled around the cap. I’m admittedly not as worried about how much a cigar weighs as Brooks Whittington is, but spongy caps aren’t a good sign in my book. I can taste the layers of Nicaraguan fillers—sweet brownie chocolate, some peppers, orange peel and a bit of minerals towards the finish.

Upon lighting, two of the cigars immediately tighten up. That wouldn’t be much of an issue, except there was a knot in one sample and both were already relatively tight. Two samples show hickory, some charred meatiness, a mild creaminess and a bit of a creamy citrus note. The other has orange peel, mainly earth and some woodiness with the cocoa dominating. I smoke the three cigars on back-to-back-to-back nights and am left with tasting notes that don’t appear to show me smoking the same cigar. On two cigars there’s nuttiness, a sweet vanilla, some earth and barnyard. Through the nose, I get a restrained lemon, some wheat and a mild black pepper. With the other, there’s meatiness, almonds and some saltines with charred oak, citrus, creaminess, and tomato. Fresh citrus and a restrained pepper last deep into the finish of the Sobremesa Cervantes Fino, something not apparent on the other cigars. While all samples have even burns and decent smoke production, two cigars are very tight while one has a good draw. It’s medium-full in flavor and medium in both body and strength—about the only thing that’s consistent. 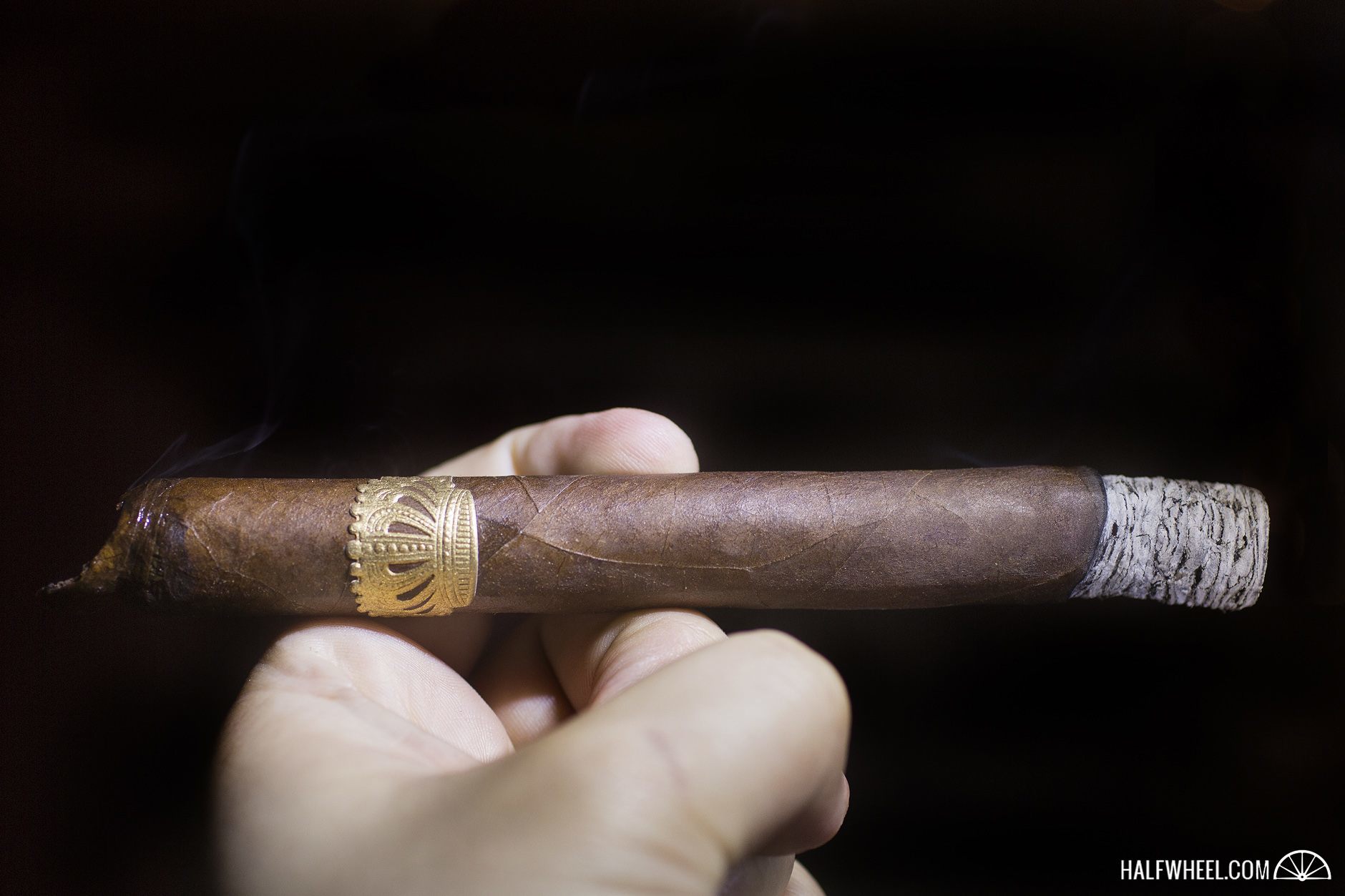 I’ll get the important stuff out of the way. Two Cervantes Finos are still quite tight throughout the second third while the other is showing an ideal draw. There’s sourdough bread, some bizarre nuttiness that I can’t place, grapefruit and melon rind on two samples. The finish retains that sourdough characteristic and a restrained black pepper. There’s some toastiness, similar to a fireplace, and then citrus. Towards the end there’s a lamb-like meatiness, but like the nuts, it’s all very delicate and somewhat challenging to place. The other cigar is a bit bolder with creaminess, coffee and earthiness taking over. If there’s a similarity it’s the restrained black pepper, something that I manage to find throughout the entire cigar. After a minute or so between puffs my tongue encounters a bright citrus flavor. It’s a weird, somewhat addicting sensation, but unfortunately I can only find it on one of the Sobremesas I smoke. 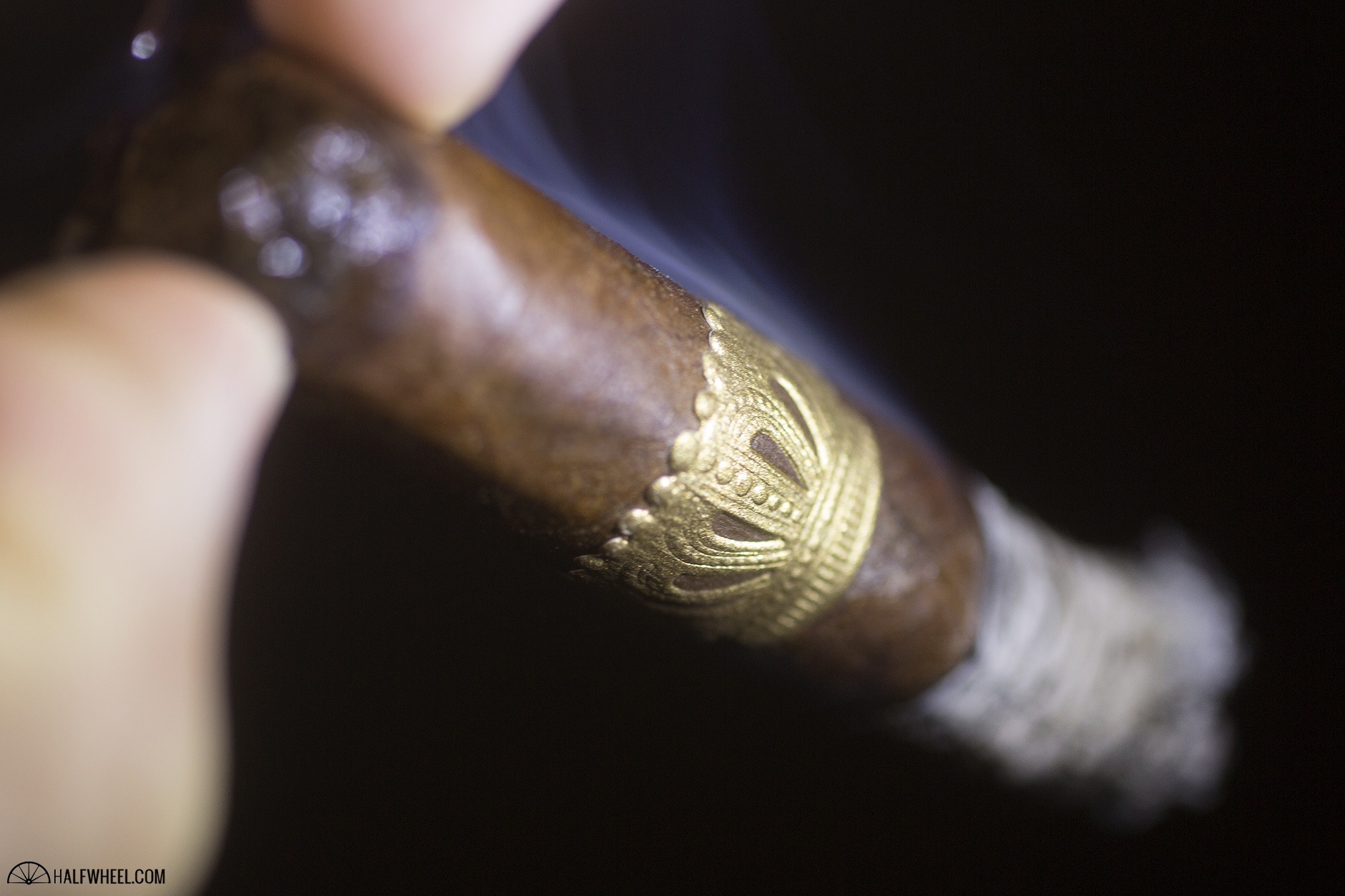 If the draw was tight in the first two thirds, the final third is even tighter. On one cigar, it’s challenging to smoke, which is a shame, because the flavor has gotten incredible. There’s creamy peanuts, some strawberry leaves, the lamb-like meatiness from the second third and a familiar creaminess. Overall it’s sweet, but with that restrained pepper towards the end. As for the other two, they are more pedestrian with an overwhelming amount of earth, some cocoa, sour grapefruit and an array of spices through the nose. The Sobremesa ends where it started as far as strength and body; medium. 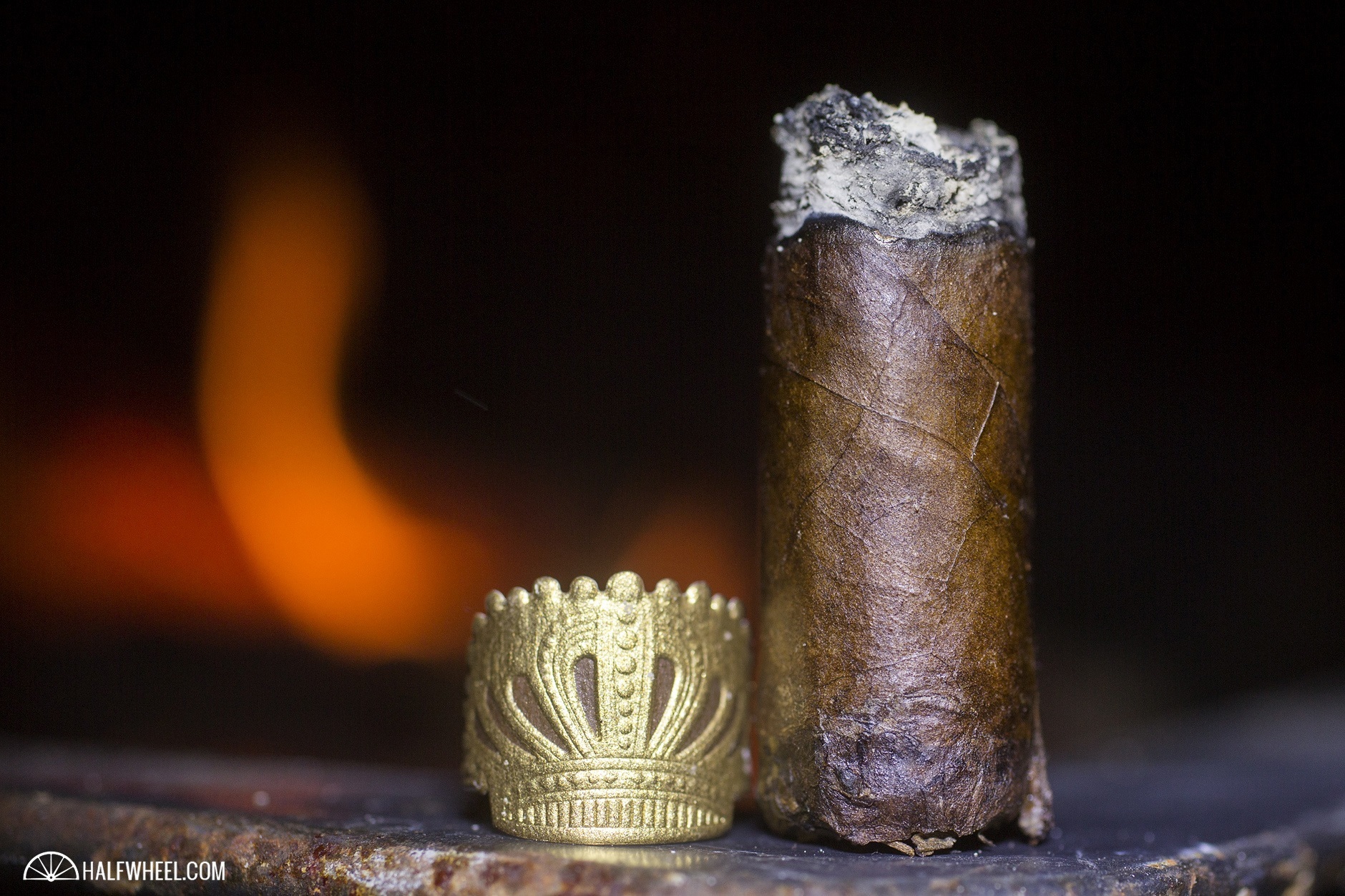 The name, the branding, the tobacco info, the buzz—Sobremesa was one of the most anticipated releases of the year, even our own internal analytics regarding page views show that. As for the cigar; it was a bit all over the place. The three samples I had were pretty inconsistent, although none were “bad.” In an effort to better keep reviews on an even playing field, we’ve implemented a policy that allows us to smoke and score no more than three cigars per review. In the case of the Sobremesa, it’s a frustrating policy because I still don’t feel like I have really any grasp on just what this cigar is. My largest issue involves the draw, which was tight on two of the three cigars, although even then, my best tasting Cervantes Fino was the one with the tightest draw. My hope was that without the draw issue, the flavors would open even more, a tall task considering just how good that sample tasted. Fortunately, my third cigar avoided the draw issues, unfortunately, the flavors weren’t equal to the second cigar. The only thing I can say for sure is I want to try some of the other vitolas.