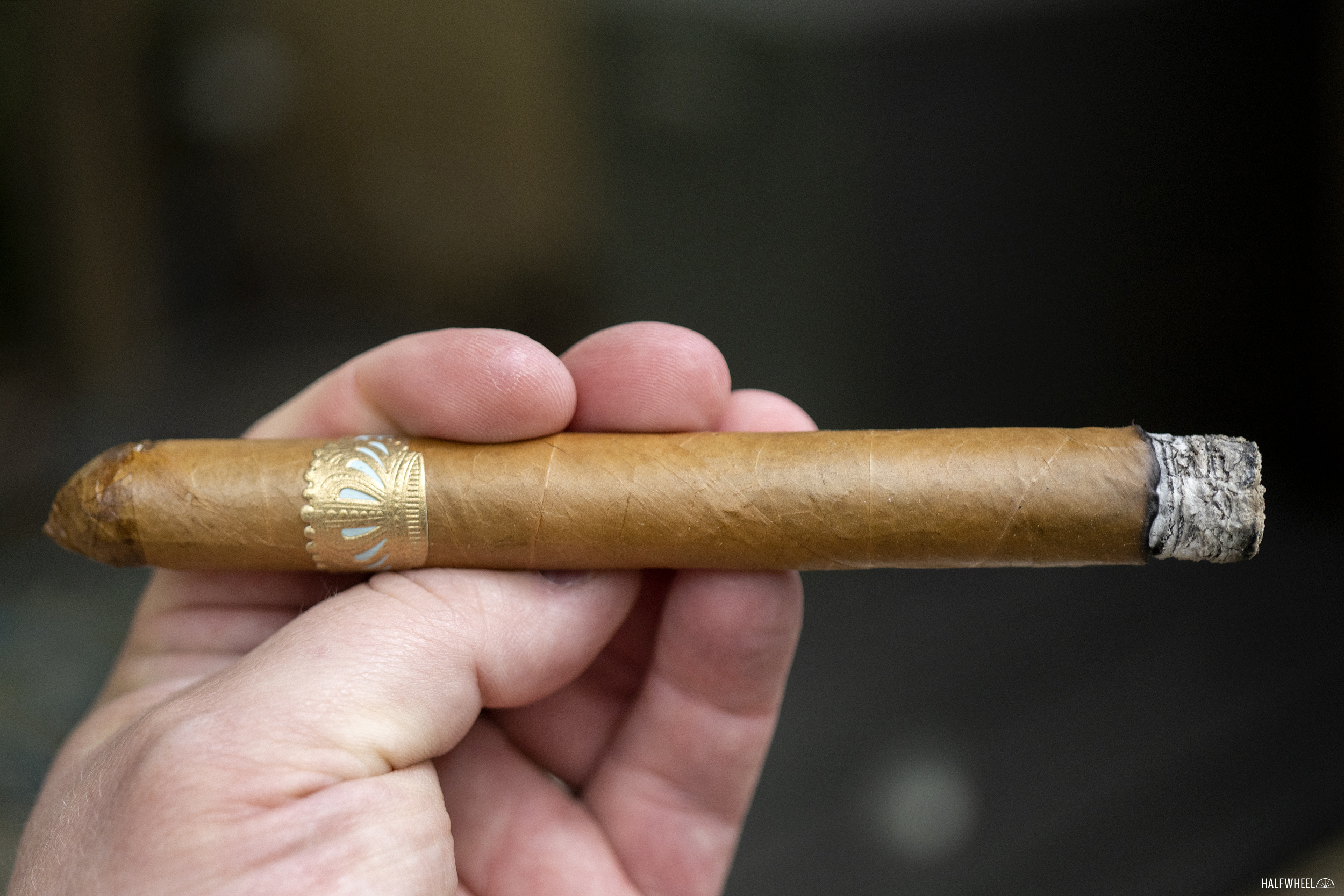 In August 2019, Dunbarton Tobacco & Trust began shipping a blend that owner Steve Saka has stated was an attempt to recreate Connecticut-wrapped blends of the past. The Sobremesa Brûlée, the line was meant to be a milder version of the company’s Sobremesa blend covered in a Connecticut wrapper instead of a habano leaf, but also with less Nicaraguan ASP ligero and Pennsylvania ligero, both of which were replaced by secco tobacco from the Condega, Nicaragua. The three-vitola line debuted during the 2019 IPCPR Convention & Trade Show, with a fourth vitola added in April of this year.

Fast forward to June, when the company announced a “tweaked” version of the Sobremesa Brûlée blend named Sobremesa Brûlée Blue. Available in just one size—a 6 1/4 x 46 grand corona with a pigtail cap—the new cigar incorporates an Ecuadorian Connecticut wrapper covering a Mexican binder and four different Nicaraguan fillers and have been aged for at least one year after being rolled.

Production-wise, the Sobremesa Brûlée Blue was rolled at the Fabrica de Tabacos Joya de Nicaragua S.A. factory and limited to 1,000 boxes of 13 cigars, with each cigar carrying a retail price of $14.95. The new release was originally scheduled to be released at the 2020 PCA Convention & Trade Show, which was scheduled to take place July 11-14 in Las Vegas. However, the convention was canceled due to the coronavirus COVID-19 pandemic and boxes began shipping to retailers on Aug. 13.

It should also be mentioned that last month saw the release of the STFU!!! sampler, the name of which is a double entendre that stands for either “Saka’s Taste for U’rself” or the normal acronym of shut the fuck up. The sampler was released by Saka after some people said they noticed a sweetened cap on the regular production Sobremesa Brûlée cigars, and includes five 6 x 52 cigars, each labeled with either S, T, F, U or !!! symbol. In fact, each of the cigars are either a normal Sobremesa Brûlée, or a sweet-tipped cigar, or a double sweet-tipped Brûlée, and Saka will not tell anyone which was which until it is officially revealed tomorrow. 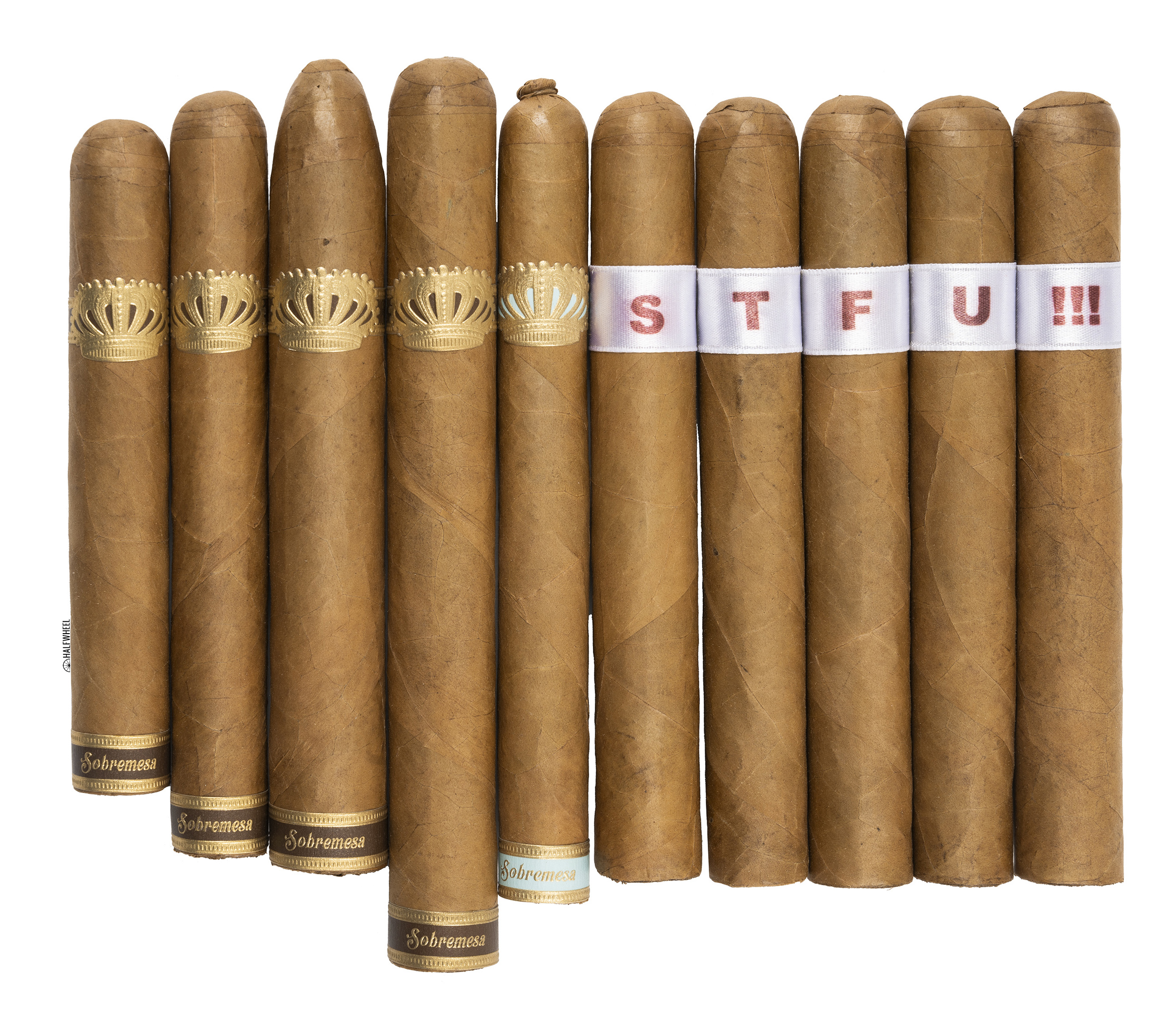 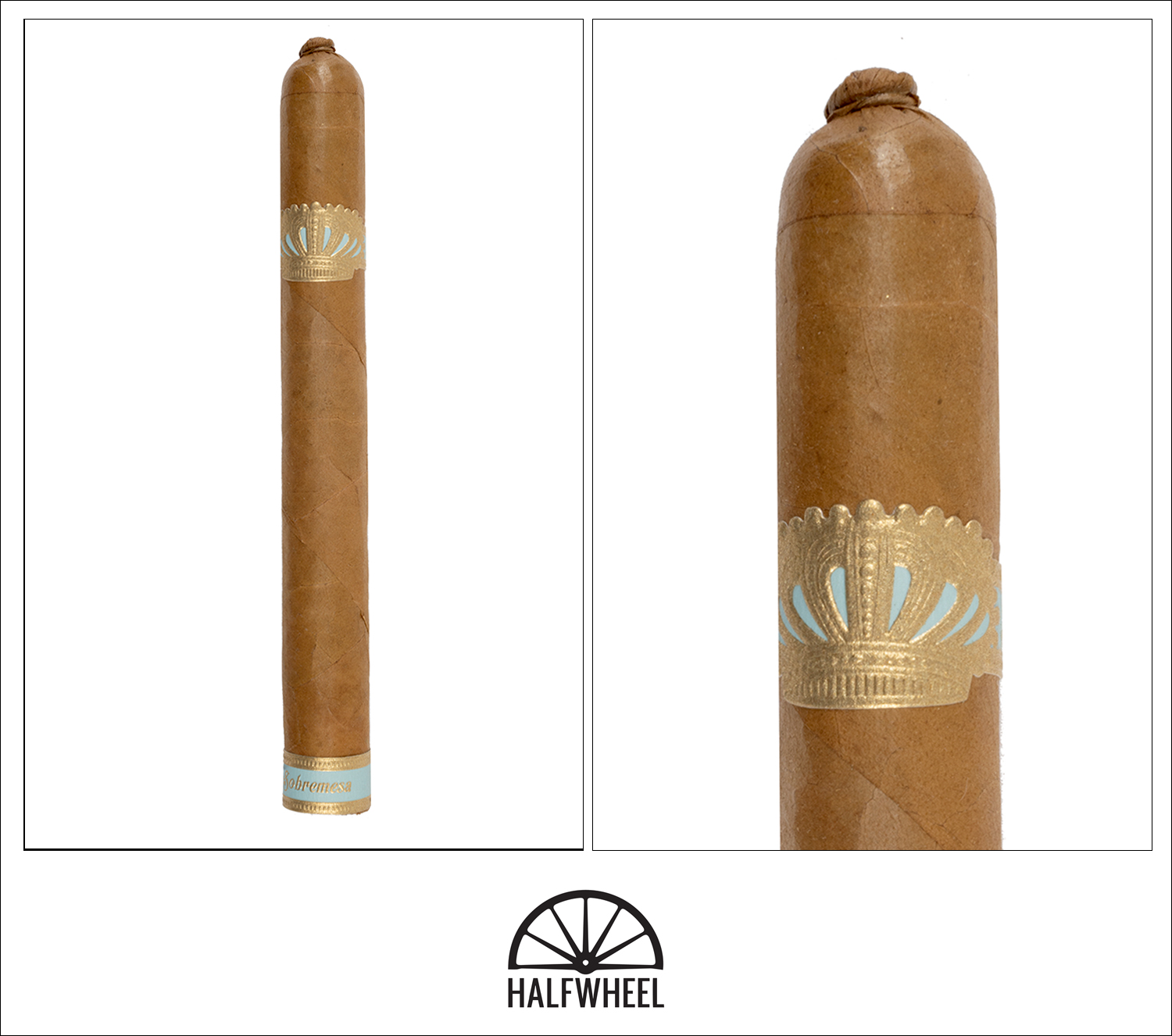 The combination of an attractive golden brown wrapper, brass-colored band and light blue details really makes the Sobremesa Brûlée Blue pop when seen for the first time. Having said that, it is obvious that the slick to the touch cover leaf is quite fragile, as evidenced by the small amount of damage on two of the samples that resulted from being carried around in my travel humidor. In addition, two samples feature a rock hard section just below the main band that had virtually no give at all, and the cap seems to be sweetened ever so slightly. Aroma from the wrapper and foot is a combination of strong nuts, earth, hay, barnyard and slight vanilla sweetness while the cold draw brings flavors of creamy leather, peanut shells, oats, bread, coffee beans, oak and a touch of varnish.

After removing the band on the bottom of the cigar and toasting the foot, the Sobremesa Brûlée Blue starts off with a profile that is both extremely creamy and quite spicy, with distinct flavors of creamy peanut butter leading the way. Secondary notes of leather, gritty earth, cedar, bread, lemongrass and cocoa nibs flit in and out at various points, along with just a touch of cinnamon on the finish. In addition, there is a very interesting pineapple sweetness on the retrohale that combines with a nice white pepper note, while a surprising amount of spice is very obvious on my tongue. Construction-wise, the draw is excellent after I pull off the pigtail and the burn is razor-sharp, while there is a copious amount of smoke pouring from the foot. In terms of strength, the Sobremesa increases enough to get out of the mild range by the time the first third comes to an end and while it is still increasing, it is not doing so very quickly.

While the pineapple sweetness present on the retrohale of the Brûlée Blue begins to morph into a more standard vanilla bean note by the start of the second third, there is also a change in the dominant flavor, which shifts to a dried tea leaf note. Lesser flavors of peanut shells, potato chips, espresso beans, cocoa nibs, creamy leather, cinnamon, hay, citrus and earth follow closely behind, and although the amount of spice and white pepper in the profile has been reduced compared to the first third, both are still quite noticeable. In terms of construction, the burn and the draw continue to give me no issues while the overall strength increases enough by the end of the second third to reach a point still shy of medium. 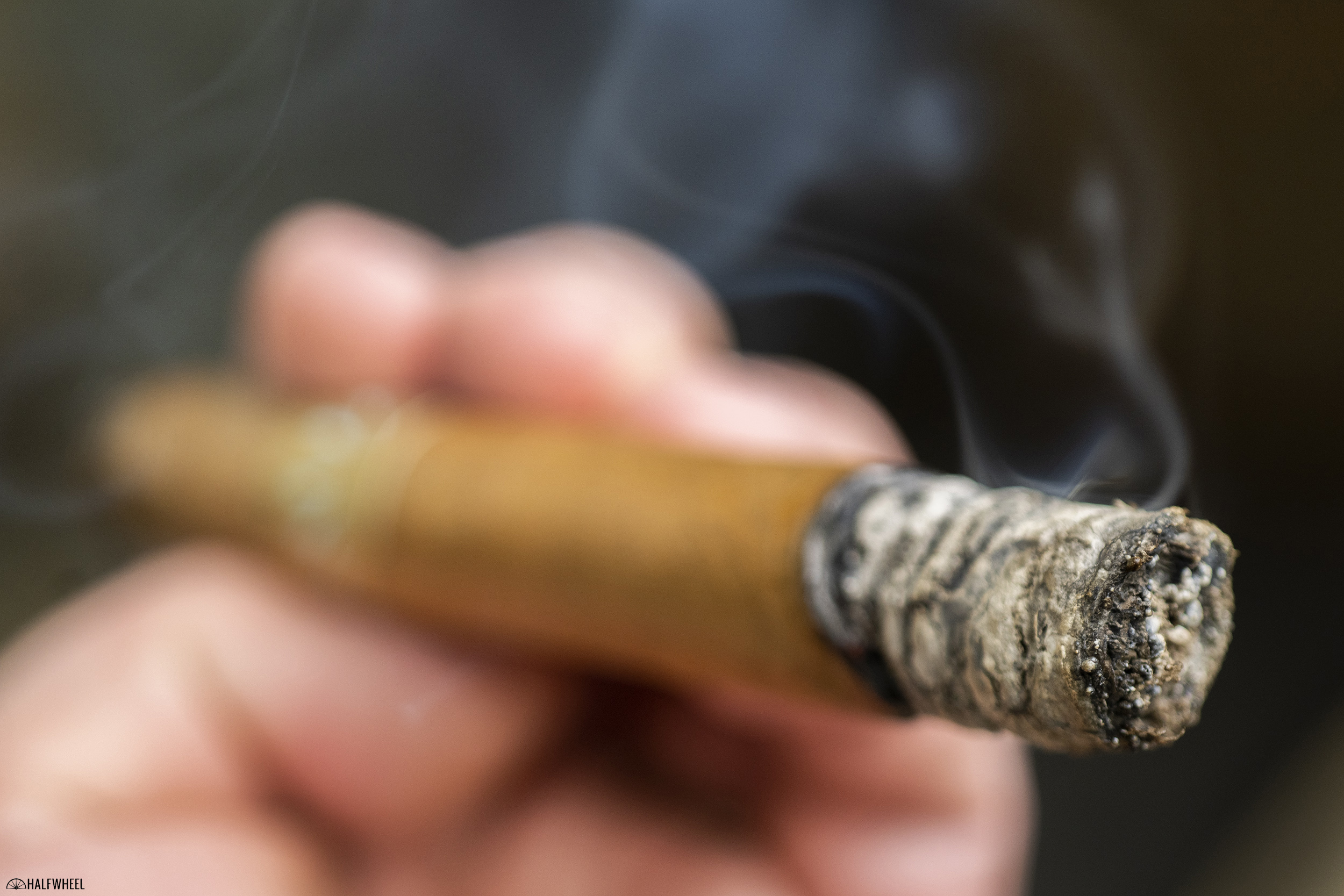 The final third of the Sobremesa Brûlée Blue seems to combine quite a few aspects of the previous two thirds, with vanilla bean sweetness and peanut butter now dominant on the palate and retrohale respectively. The profile also includes favors of creamy cedar, leather, earth, hay, butter, creamy peanuts, ground coffee and sourdough bread, and while the white pepper on the retrohale is been cut significantly, there is actually quite a bit more spice on my tongue compared to the second third as well as a bit more cinnamon on the finish. The draw and the burn continue to impress, with neither giving me any issues whatsoever, while the smoke production is still a bit higher than average. Finally, although not exactly a powerhouse by any means, the Sobremesa Brûlée Blue does manage to hit a point just under the medium mark before I put the nub down with a little less than an inch remaining. 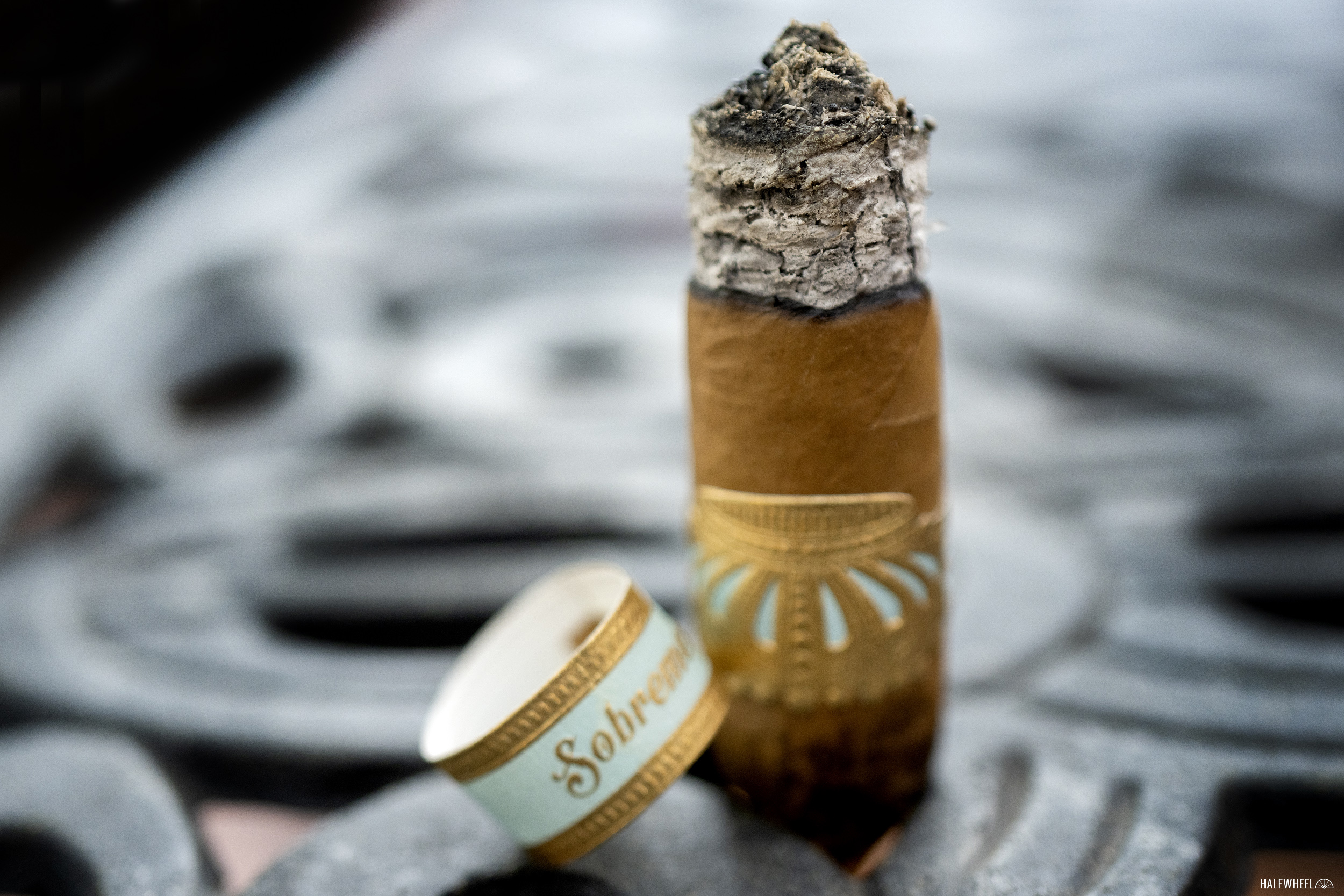 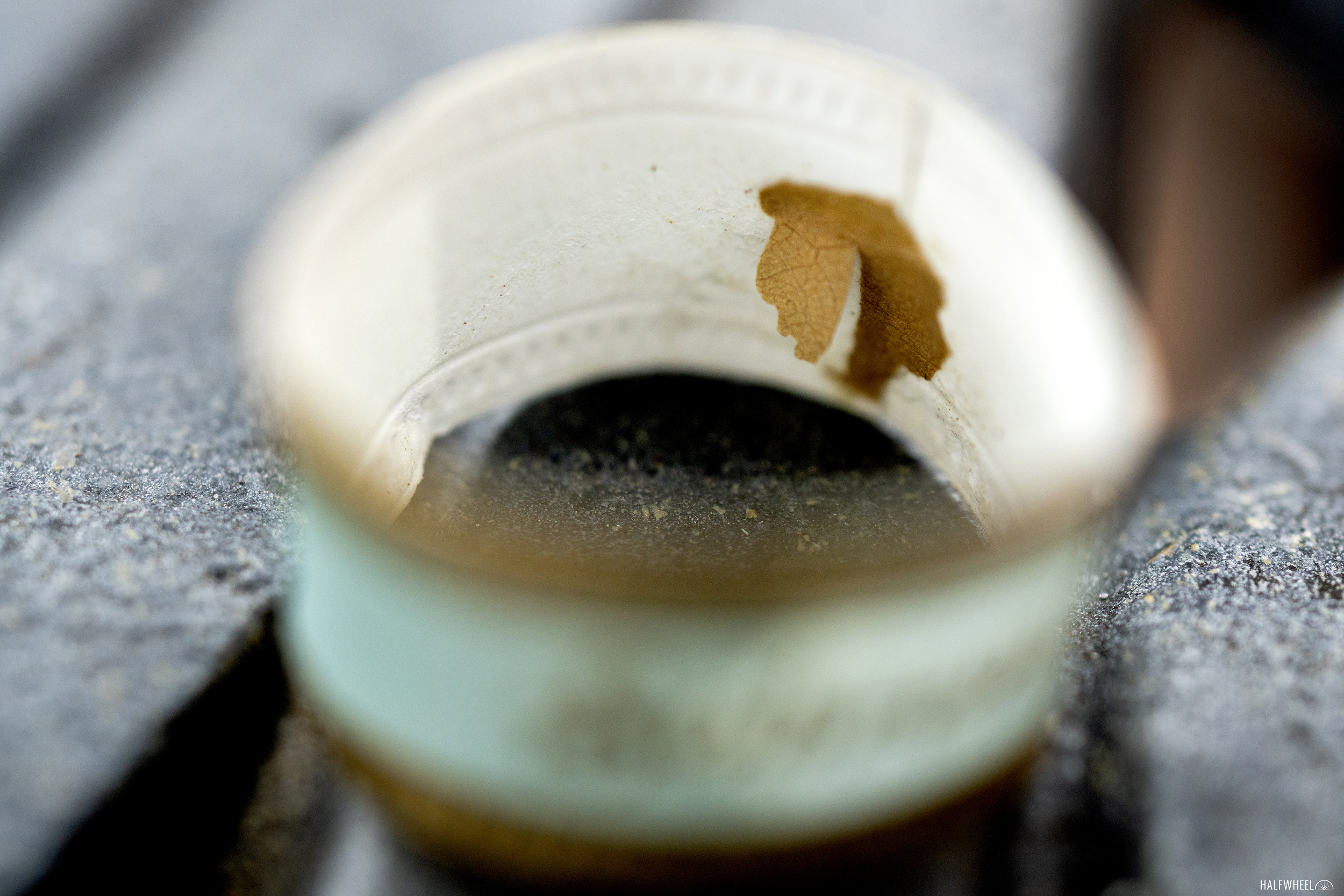 While I have enjoyed the Sobremesa Brûlées I have smoked, there are a number of Connecticut blends I would choose over them if given the choice. However, the Sobremesa Brûlée Blue is not only on a different level but in a different ballpark altogether. The profile is a creamy, rich and extremely well-balanced flavor bomb, with just the right amount of spice and white pepper to add nuance without detracting from the notes. In addition, the cigar burns quickly without burning hot at any point, while the overall construction is some of the best I experienced on any cigar I have reviewed this year, what I would call a “Light it once and lose you lighter” kind of stick. Although they are harder to find than many other Connecticut-wrapped blends, if you are looking for a great morning cigar to smoke on the weekends or when you have a bit more time, I can’t think of a cigar I would put above this one at the moment and I would buy all I could find until they are gone for good.