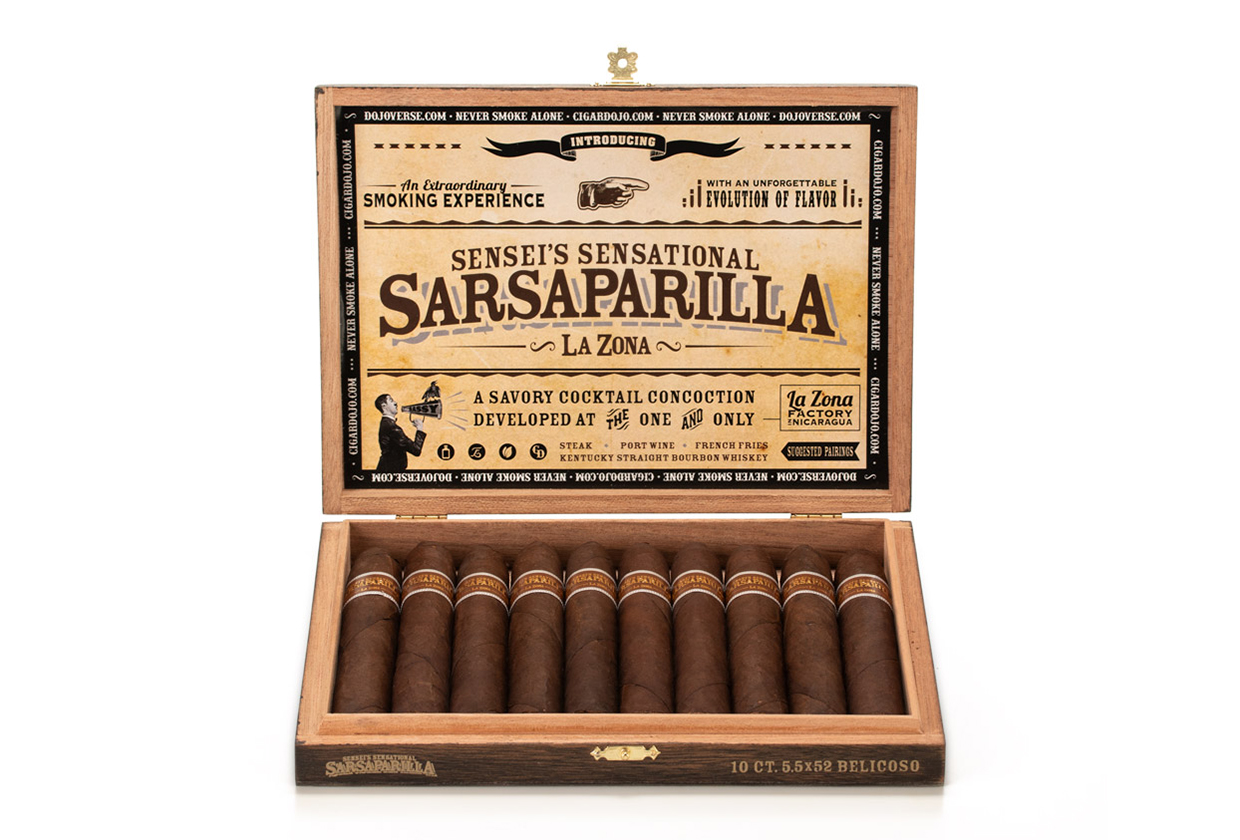 Sensei’s Sensational Sarsaparilla, the collaboration between Espinosa Premium Cigars and Cigar Dojo that first debuted in 2014, is coming back for a national release later this summer.

The cigar returns in its original 5 1/2 x 52 belicoso vitola, using a Mexican San Andrés wrapper, Nicaraguan binder, and fillers from the Condega and Estelí regions of Nicaragua. The cigar got its name due in part to the distinct flavor of sarsaparilla root beer that the companies say is found in the profile.

“The original Sarsaparilla was the first Dojo collaboration where we had full control of the final product,” said Eric Guttormson, owner of Cigar Dojo, via a press release, adding that “the Espinosa team let us run wild with the branding, marketing, and promotion, as well as picking the final blend.”

Now, Sensei’s Sensational Sarsaparilla gets a more refined presentation, as the first version came in paper-wrapped bundles. Production numbers have also increased, though the company has not disclosed them other than to say that the cigar is becoming an ongoing, seasonal release, as opposed to the one-time run of 1,000 bundles of 10 cigars for the original. Additionally, while the original version was a store exclusive, this new version will be available to retailers nationwide.

“Bro, when you think of Cigar Dojo and Espinosa Cigars, your first thought is Sarsaparilla,” said Erik Espinosa, owner of Espinosa Premium Cigars, via a press release. “It’s the one that started it all. It’s time for everyone to get a turn with this cigar.”

Each cigar has an MSRP of $10, with boxes priced at $99.95. It will be formally released at the 2021 PCA Convention & Trade Show, which runs from July 10-13. The cigar is scheduled to begin shipping to retailers in August.

This will be the third release of Sensei’s Sensational Sarsaparilla, as a second version in a 6 x 50 toro vitola was released in October 2016.