If you’ve ever wanted a cutter featuring Matt Booth’s face in scrim, now’s your chance.

Scrim by HutcH has partnered with Booth to release a limited edition BOOFY cutter, featuring a design that has been featured on Room101 Cigars in recent years. It now gets hand scribed into ivory micarta handles, while the body of the cutter is a XIKAR Xi3, which uses 440C stainless steel blades that have a Rockwell HRC 57 rating, and which can cut up to a 60 ring gauge cigar. The cutter is available with either a polished or black chrome body, and comes with a black biker leather pouch and certificate of authenticity. 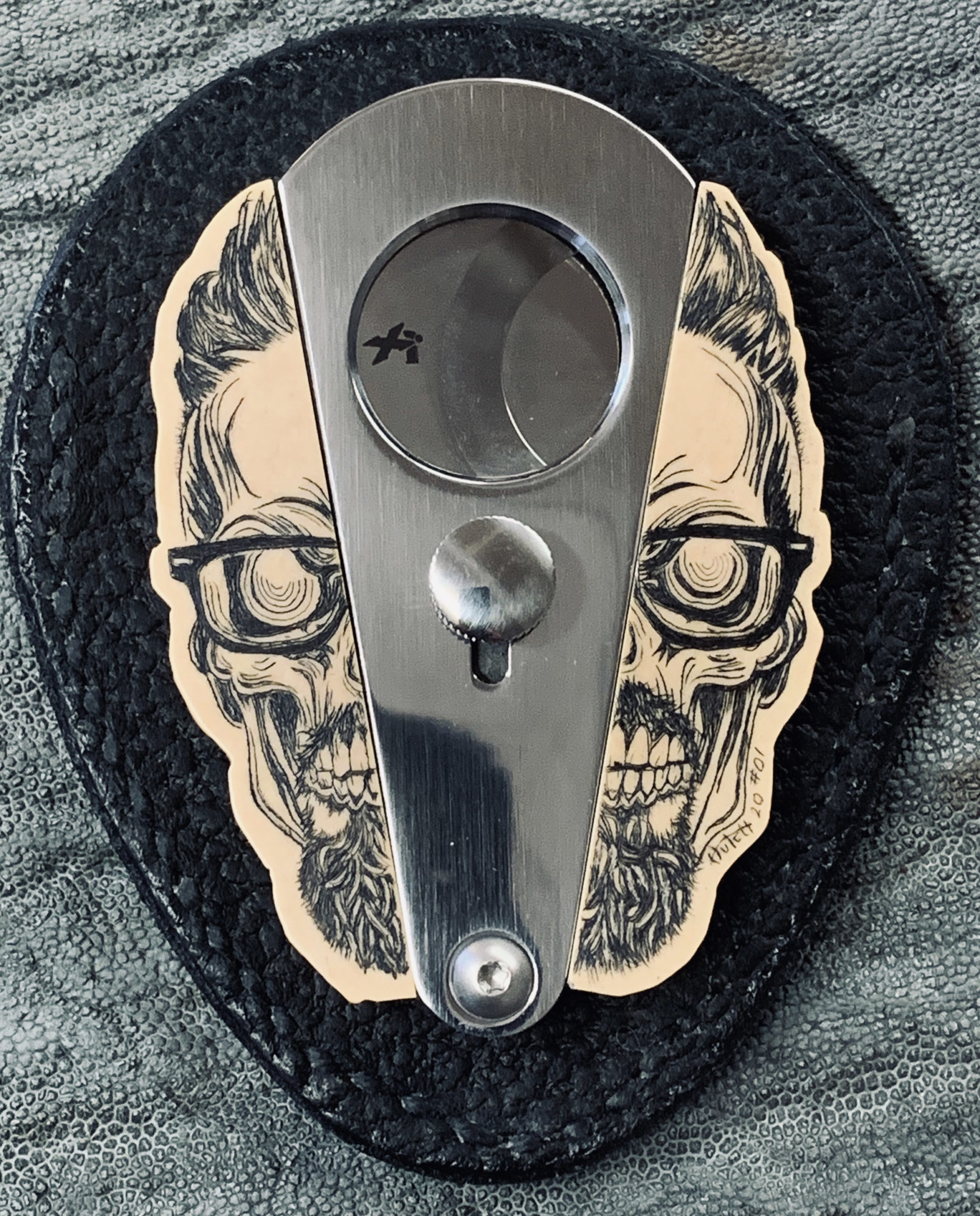 “I’m honored to be working with HutcH on a collaborative level,” Booth told halfwheel. “It has been a long time coming and I’m very excited for what the future holds.”

Rick Hutchings told halfwheel that the cutter is being released in two groups. The first is the limited edition series of 25, with each cutter priced at $500 each and 11 of the 25 already sold. The second is the artist proof version, of which just five exist and only one remains for sale for $750. Hutchings said that two of the artist proofs are being “set aside for something special.”

The cutter is available for purchase directly from Scrim by HutcH Studio.