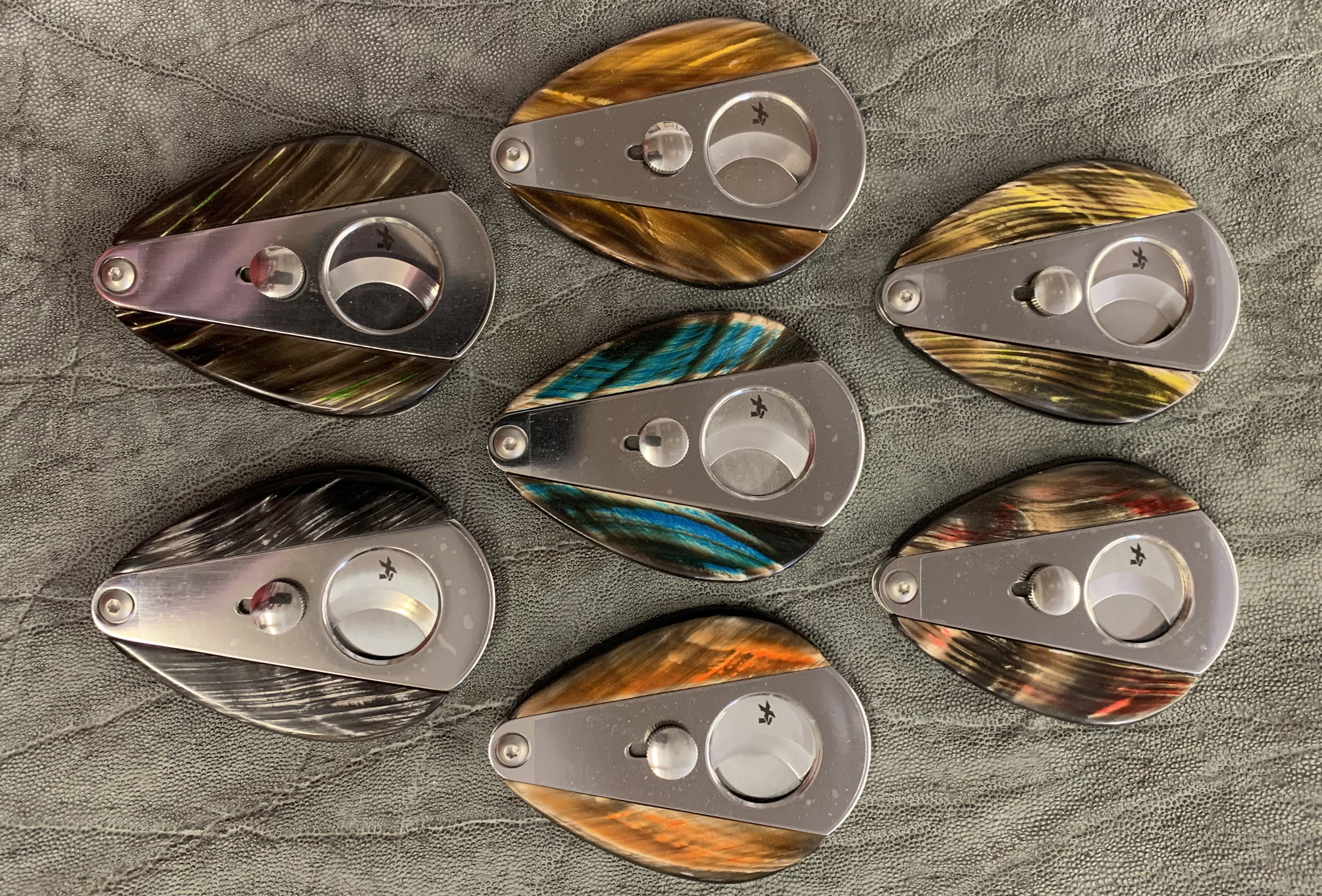 Rick Hutchings has released a new option for his customized cutters that is made from stabilized buffalo horn.

Stabilized buffalo horn has been treated by being soaked under pressure in a clear or colored acrylic solution, which in turn stops the material from shrinking and splitting. The handles are then cut into what’s referred to as a bike tank shape due to their resemblance of a motorcycle’s gas tank, and are offered in yellow, red, gold, blue, orange, green and white.

As for the body of the cutter, Hutchings uses the XIKAR Xi3 and offers it in either polished or black chrome.

All of the color combinations are regular, ongoing production and are priced at $300. Each cutter also comes with a black biker leather pouch.