The name references a neighborhood in Old Havana that was made famous by Alberto Yarini, a Cuban pimp who worked there and was killed by gunfire from a rival pimp’s gang in 1910. 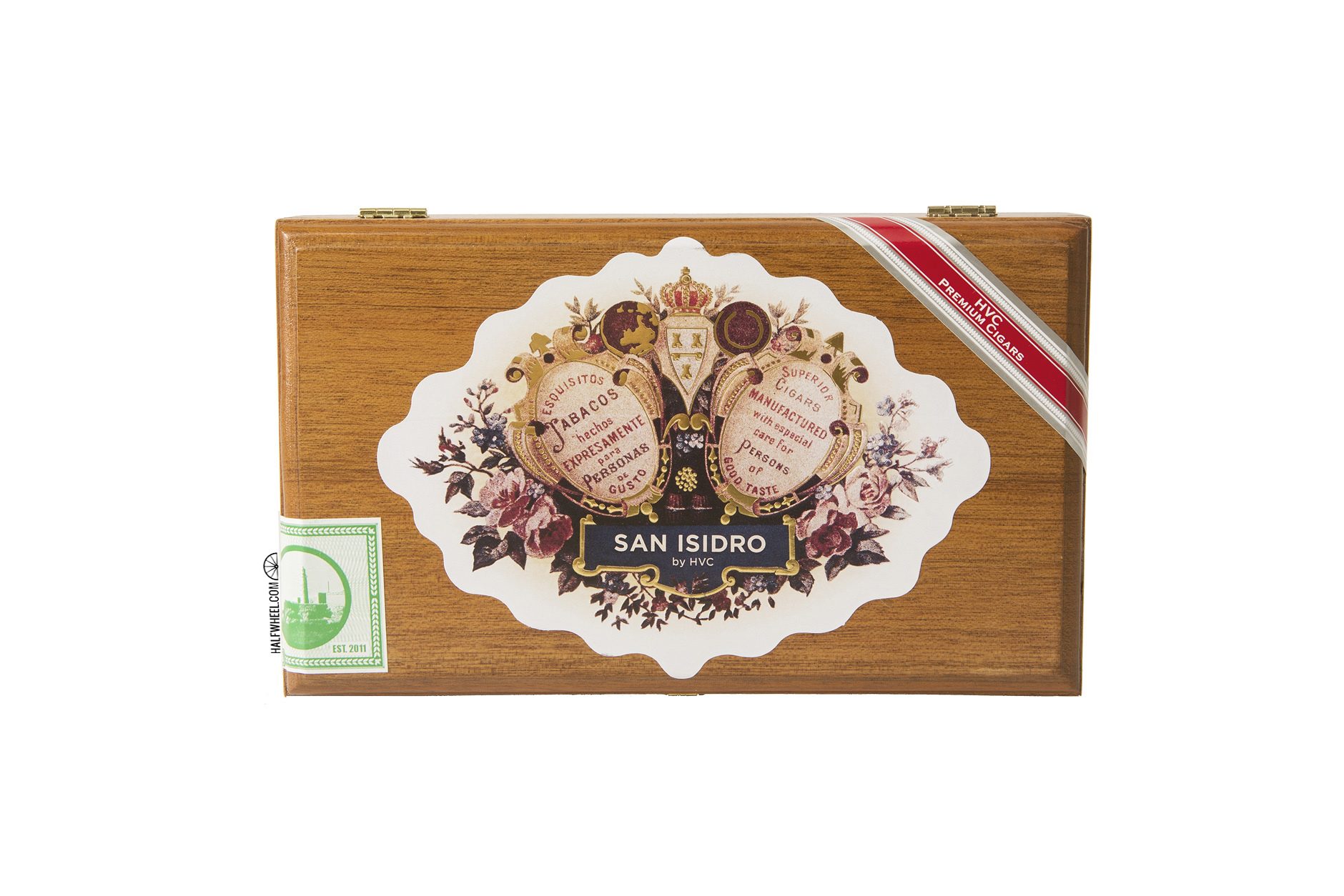 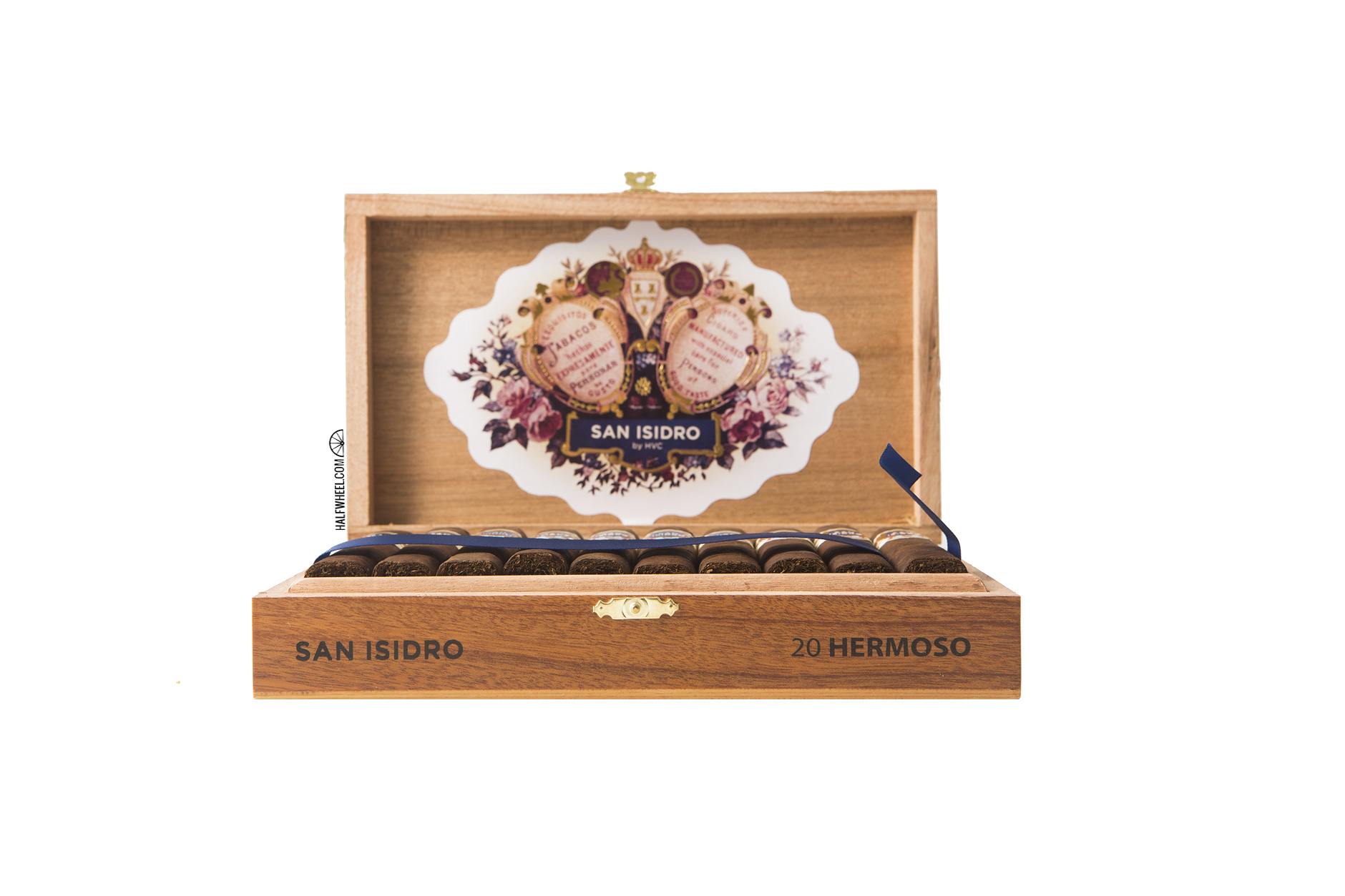 At the 2017 IPCPR Convention and Trade Show, HVC owner Reinier Lorenzo showed off the next size in the San Isidro line, the Hermoso. 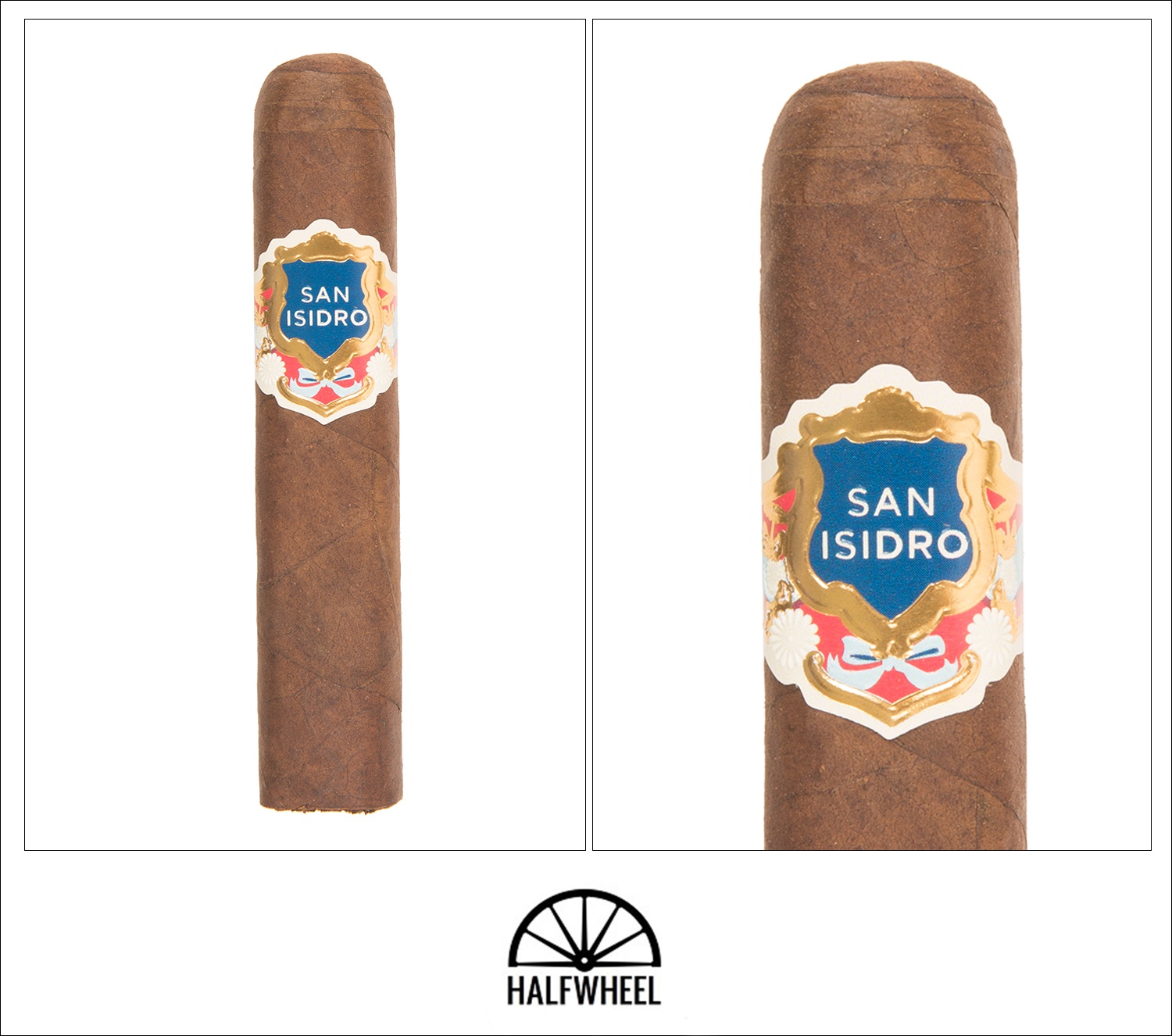 The San Isidro Hermoso lives up to its name with a beautiful wrapper and an elegant band that together entice me to start smoking the cigar. It’s firm to the touch with hardly any give at all, but has a soft and oily feel to it. The wrapper produces a strong barnyard aroma, with a bold earthiness, along with some hay, a touch of leather and some wood. A very different profile greets me with the cold draw, starting with a rich chocolate creaminess, hints of black pepper, earthy undertones and a hint of raisins.

Starting into the first third I’m almost slapped in the face with strong black pepper and a tingle of jalapeno heat on my tongue. There is also a bit of dry cocoa and earth, but it’s almost completely overshadowed. Calming down after about half an inch, the profile remains dry and earth, but much less of the overpowering pepper. The burn isn’t perfect—just slightly off from being even—but certainly doesn’t require a touch up. The ash is a little flaky, but holds on well to around the inch mark. Though it’s a short cigar and there isn’t much time for development, the first third ends with signs of getting sweeter. 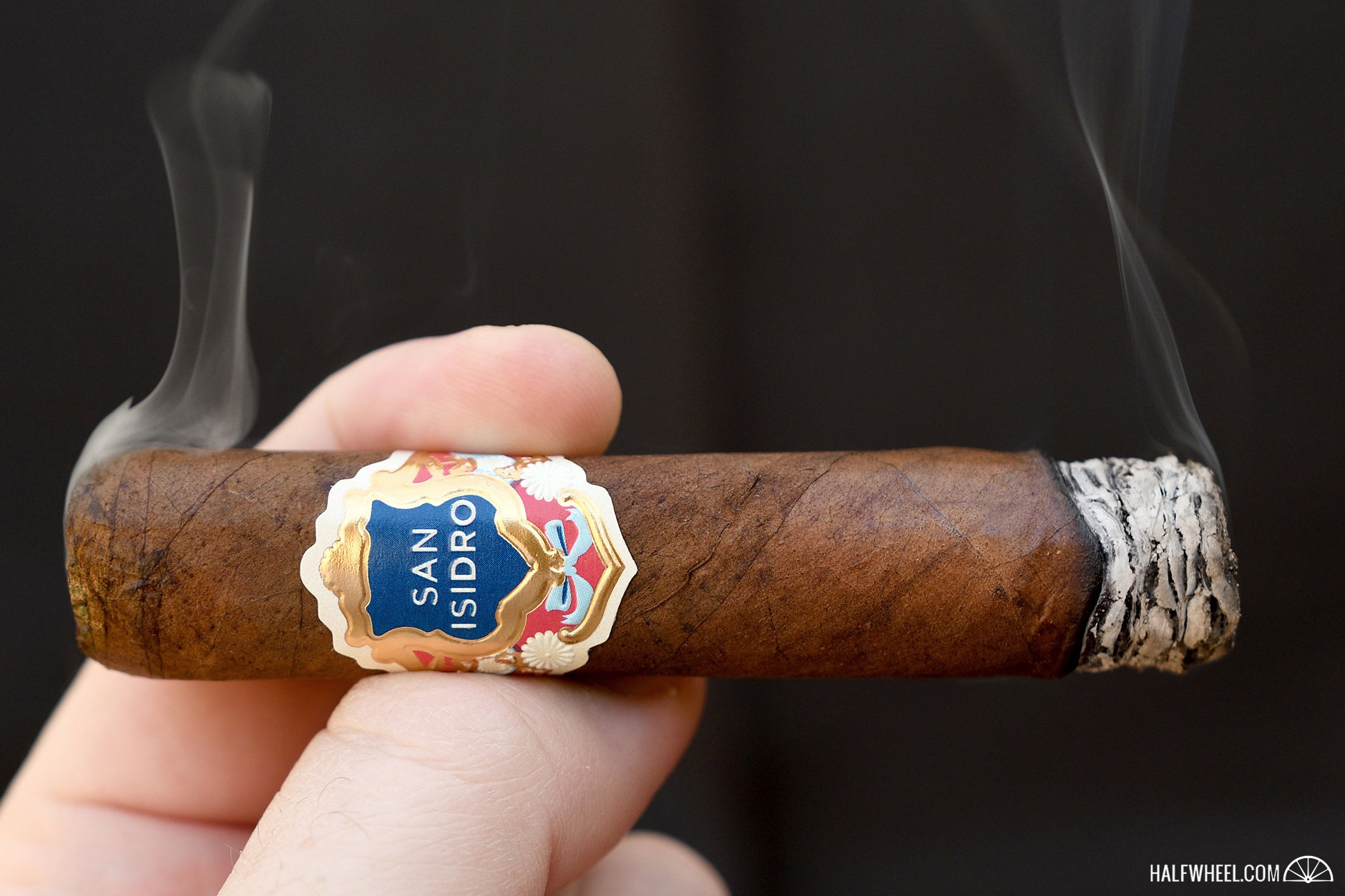 Moving into the second third of the San Isidro Hermoso, the sweetness that was growing has insinuated itself in the profile, balancing out the dry earth and pepper, while bringing a more chocolatey flavor out of what was once cocoa. Spice and citrus start to show up in the background with the reduction of the bold pepper, adding a little more depth to the profile. The burn has become a little too jagged, requiring a touch up, but is seems to want to cooperate after that. 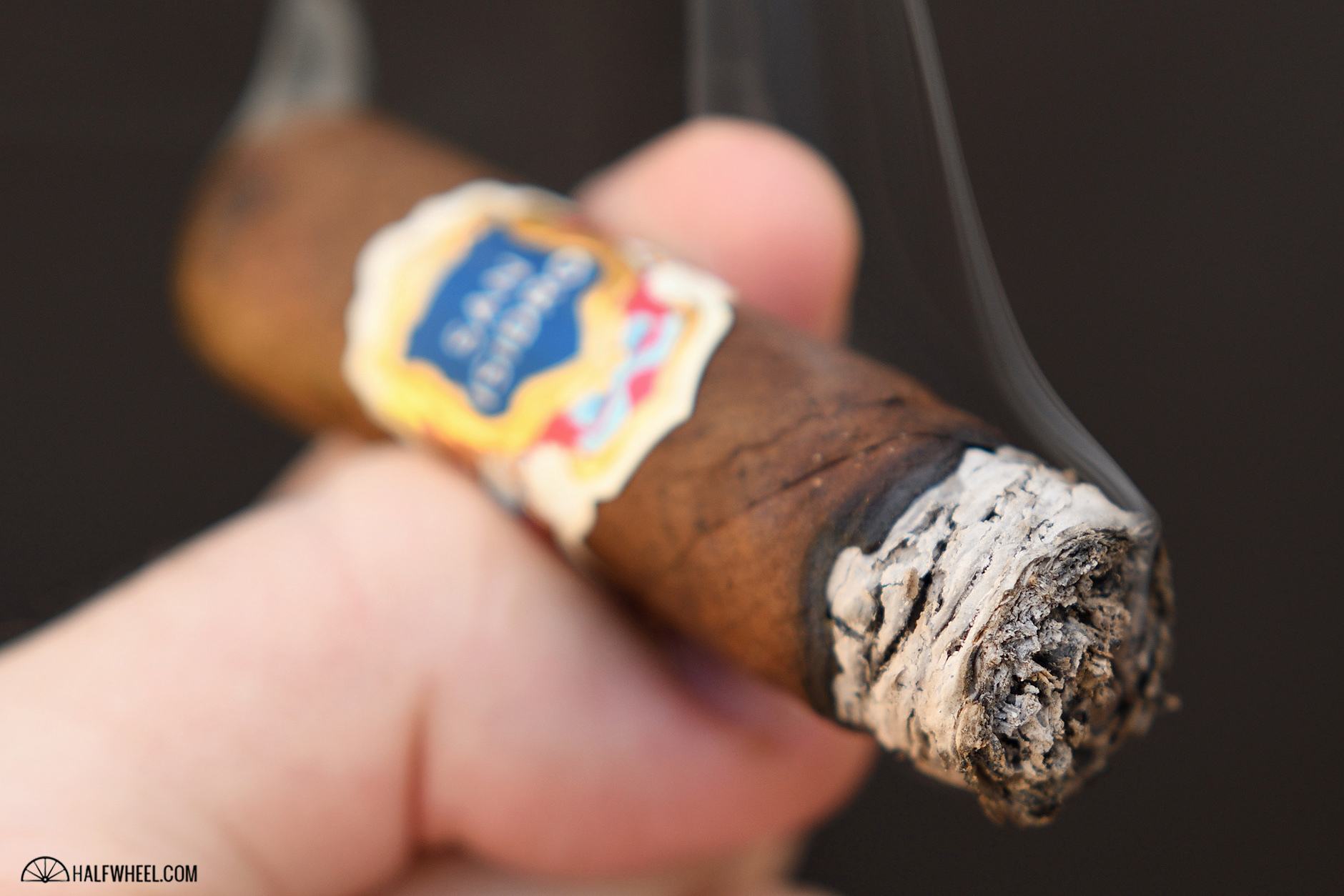 All too quickly I’m already finding myself in the final third, which continues the profile of earth, pepper and chocolate up front, while a general sweetness, spice and a light citrus note follows behind. The burn lags behind in one section again, needing another touch up. With only a little bit left to the Hermoso to hold on to, it finishes smoothly, continuing with the same profile to the very end. 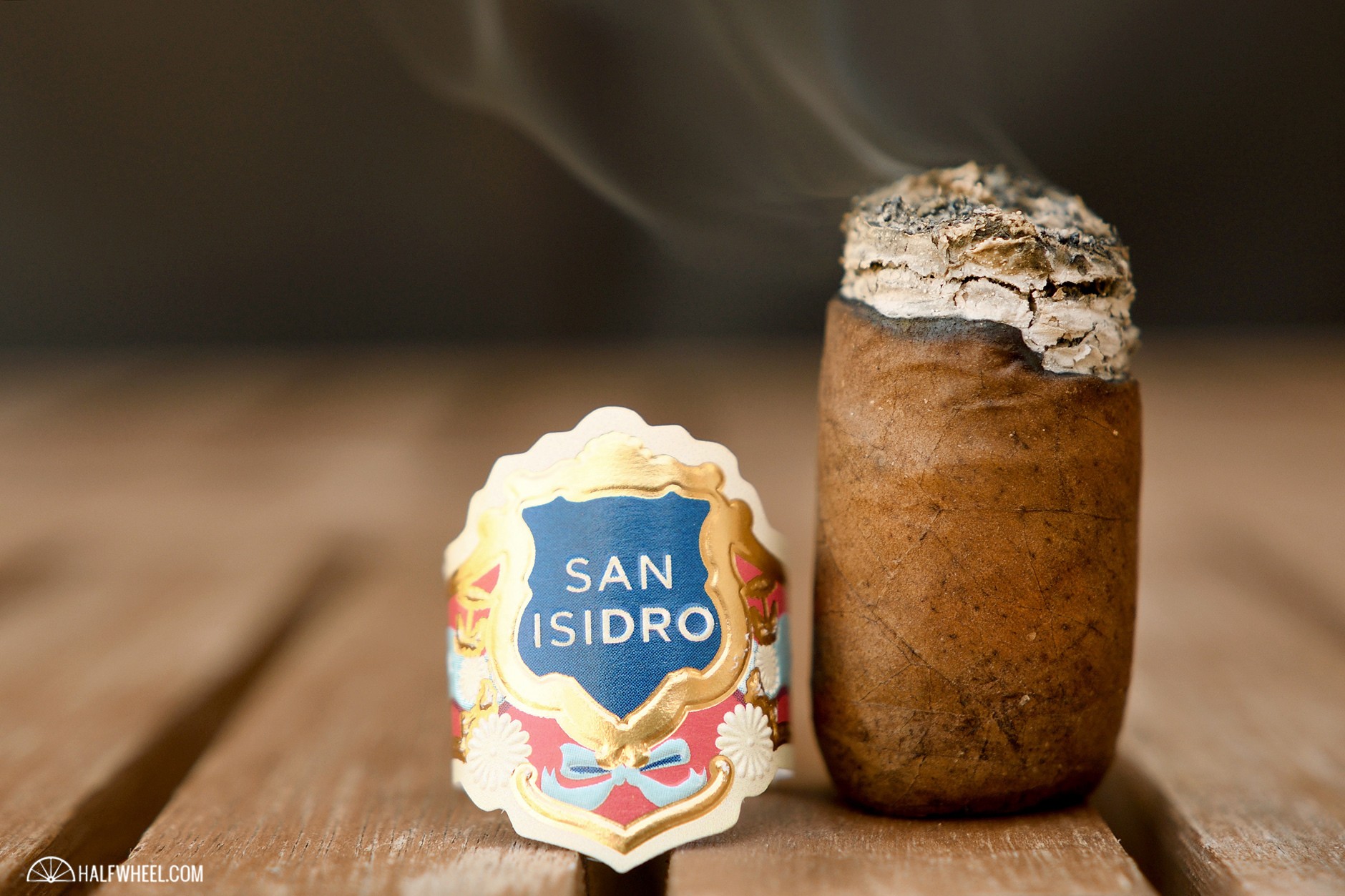 The San Isidro Hermoso is a good blend packed into a nice looking little cigar. I haven’t had the chance to try the larger Geniales size, but I enjoyed the petit robusto. The profile starts out quite strong - almost a little bit too much so - but quickly settles down, and once it does the earth and pepper are nicely balanced out by the sweetness, spice and chocolate. As far as construction goes, the Hermoso mostly performed well, though a couple of touch-ups and some flaky ash were mildly annoying. Overall, it’s a great addition to the San Isidro line and one I can easily suggest going and trying for yourself.