For the 75th anniversary of its lighter collection, S.T. Dupont released a new dual soft flame lighter known as the Initial, an accessory inspired by the original S.T. Dupont lighter, which was the first luxury petrol lighter, commissioned by the Maharaja of Patiala in 1941.

The Initial is made of a brass body, with the guilloche cap generating the company’s signature sound when opened, as well as rounded corners and ignition roller.

It is being released in two presentations, one with a grid of squares and the other with a series of vertical ridges, both in white bronze and golden bronze finishes for a total of four options. Each measures approximately 2 1/4 inches tall, 1 1/3 inches wide and just under half an inch thick, weighing 3 1/2 ounces and retailing for $496.

Using the S.T. Dupont Initial will be familiar to those familiar with the company’s line of lighters, though first-time users may need a quick walk-through. Flipping open the lid with your thumb results in the Initial producing the company’s signature sound, an instantly recognizable tone that lets those around you know an S.T. Dupont lighter is in use. Ping. Opening the lid also begins the flow of butane, and for as appealing as it is to make that sound, doing so comes at the cost of some fairly expensive fuel leaking out.

While there is an assembly under the lid that looks like it could be used to ignite the lighter, that process happens on the side of the unit, with a ridged cylindrical piece your key to fire. A swift push of it in a clockwise direction generates a spark from the flint in the aforementioned assembly, which in turn ignites the butane and results in a soft yellow flame. Once burning there is nothing to hold down in order to keep the flame alive, while a flip of the lid back to it starting position will both extinguish the flame and stop the flow of fuel. 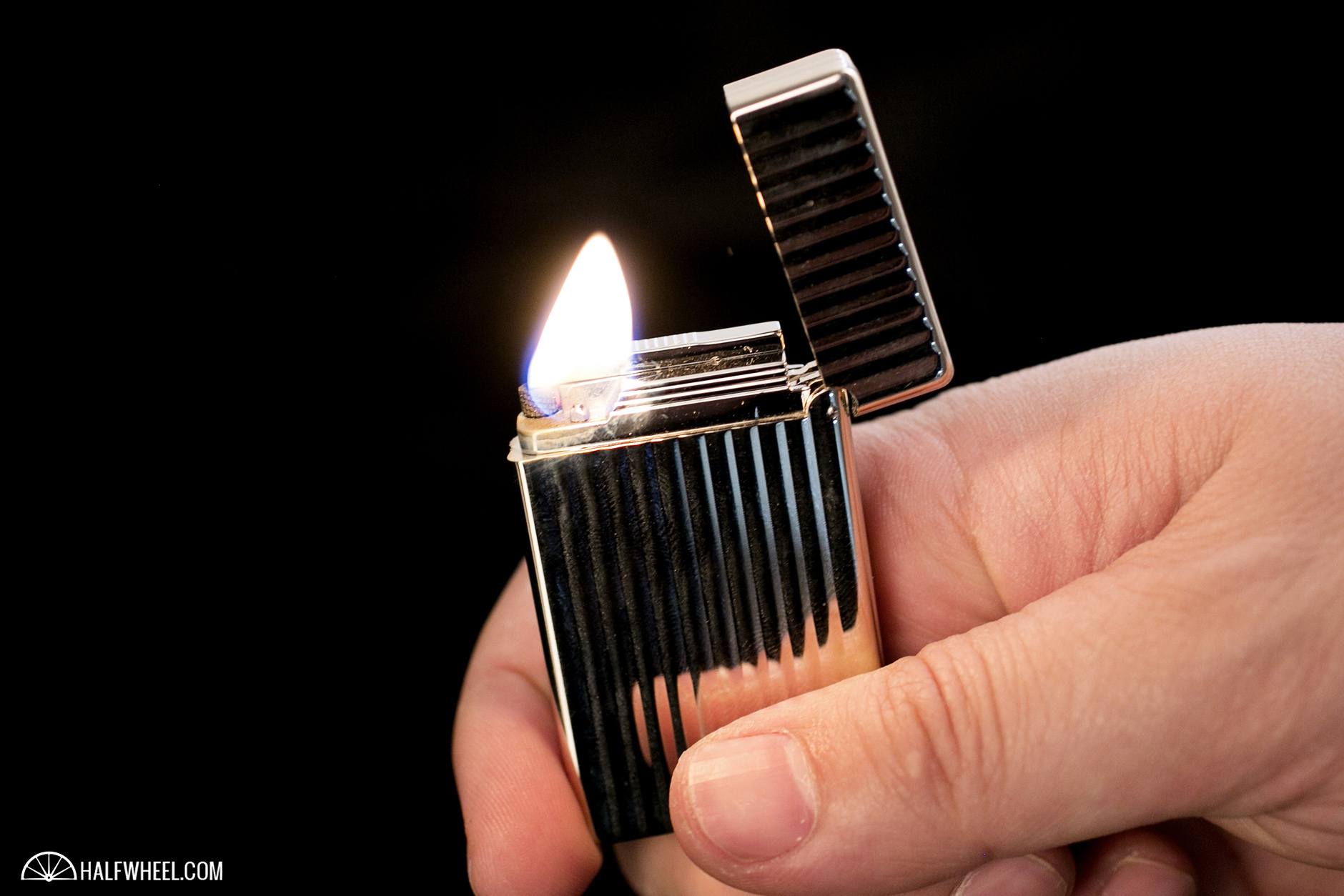 Adjusting that flame to your desired height is done via a screw on the base of the lighter, a familiar process that isn’t unique to this brand or model. The screw moves easily enough to be turned by a fingernail, or you can employ a small screwdriver or similar implement. At its most open, the Initial puts off a fairly sizable dual flame, though they originate from the same source. As you close that adjustment screw, not only do the flames get smaller, they also merge a bit. For the majority of my usage of the Initial, I kept it set at a point where it put out a single flame as I found the two-pronged style simply too unwieldy for lighting a cigar, often resulting in scorched wrappers.

If you’ve used a soft flame lighter or matches to light a cigar, you’re undoubtedly aware of the challenges that come with this method, and the S.T. Dupont Initial is not immune to them. While there was never an issue in getting the Initial to ignite, there can be challenges in keeping it lit if you happen to be contending with any sort of breeze. For those lighting their cigars indoors, this might not be as much of a problem, though being in the draft of a strong air conditioner would seem to be enough to blow out this lighter’s flame. 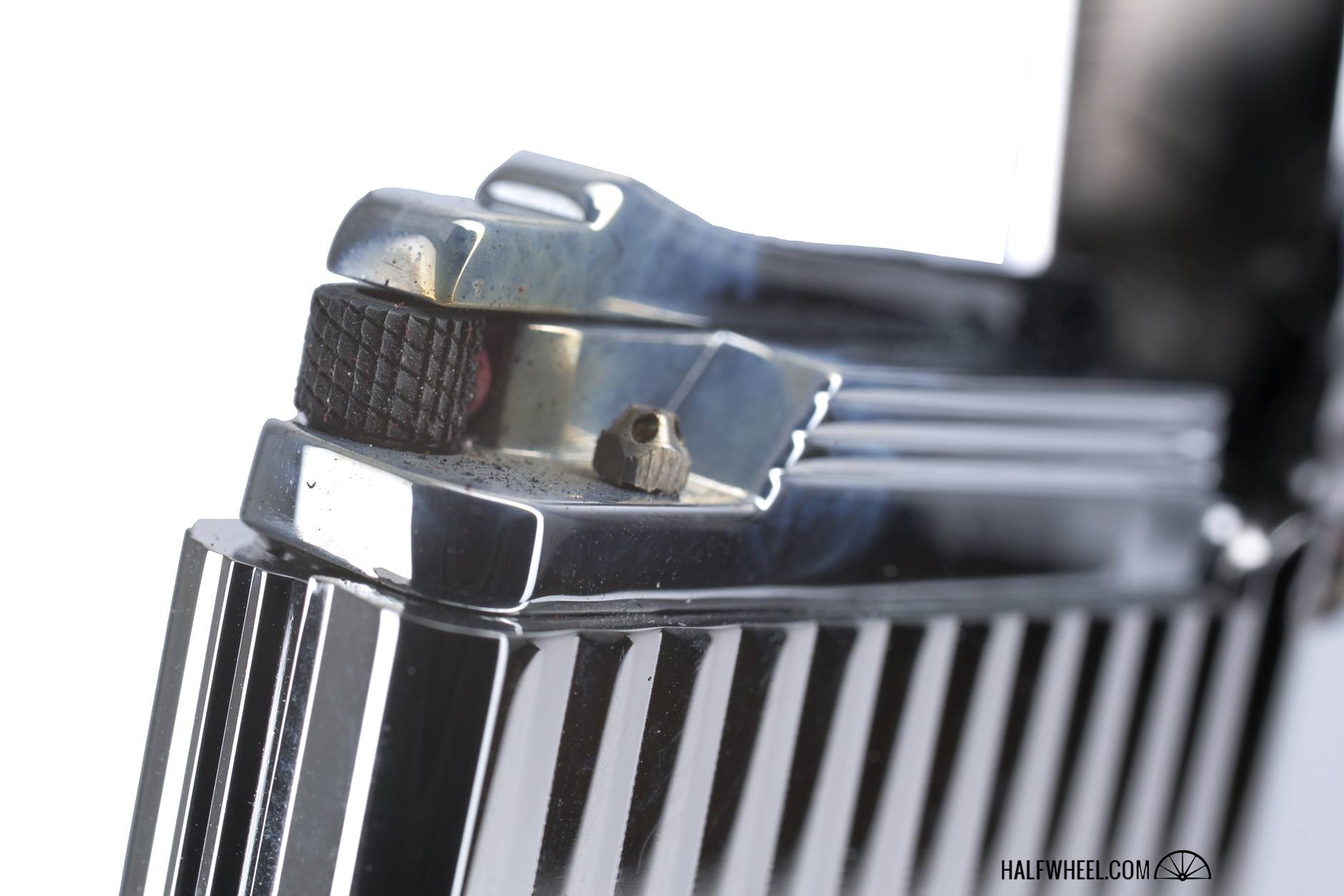 Similarly, the soft flame of the Initial tends to waver a bit, both in strength and direction, which can present occasional challenges to getting an even toast of the foot, or doing a touch-up on a specific spot. While it works, it is nowhere near as accurate as a well-calibrated single jet torch or as efficient as a triple.

That all said though, in the right environment, there is something quite enjoyable about using the soft flame of the Initial to toast a cigar. Yes, it’s slower, but hopefully you take that as a time to relax, focus on the task at hand and enjoy the process as opposed to feeling inconvenienced by it. In an attempt to keep the flame from doing any damage to the sides of the cigar, I often found myself holding it a bit further away from the foot, which resulted in a slower toasting process, yet one that felt more ritualistic and proper than simply firing up a high-powered torch.

This longer toasting process—and the previously mentioned tendency to flip open the lid in order to hear the ping—means the Initial does tend to go through fuel fairly quickly, and it’s seemingly smaller than average tank doesn’t help that fact. I found that I could generally get through three or four cigars between refills, a few minutes of burn time that when spread out was certainly enough to last me through an evening of lighting several cigars.

While fuel windows have become the de facto standard for cigar lighters, even to the point of companies using distinct colors as a product feature, the S.T. Dupont Initial does not offer one, meaning that you don’t have a way to tell how much butane is left in the lighter. Instead, a pretty drastic and sudden reduction in the size of the flame is your signal that a refill is needed. 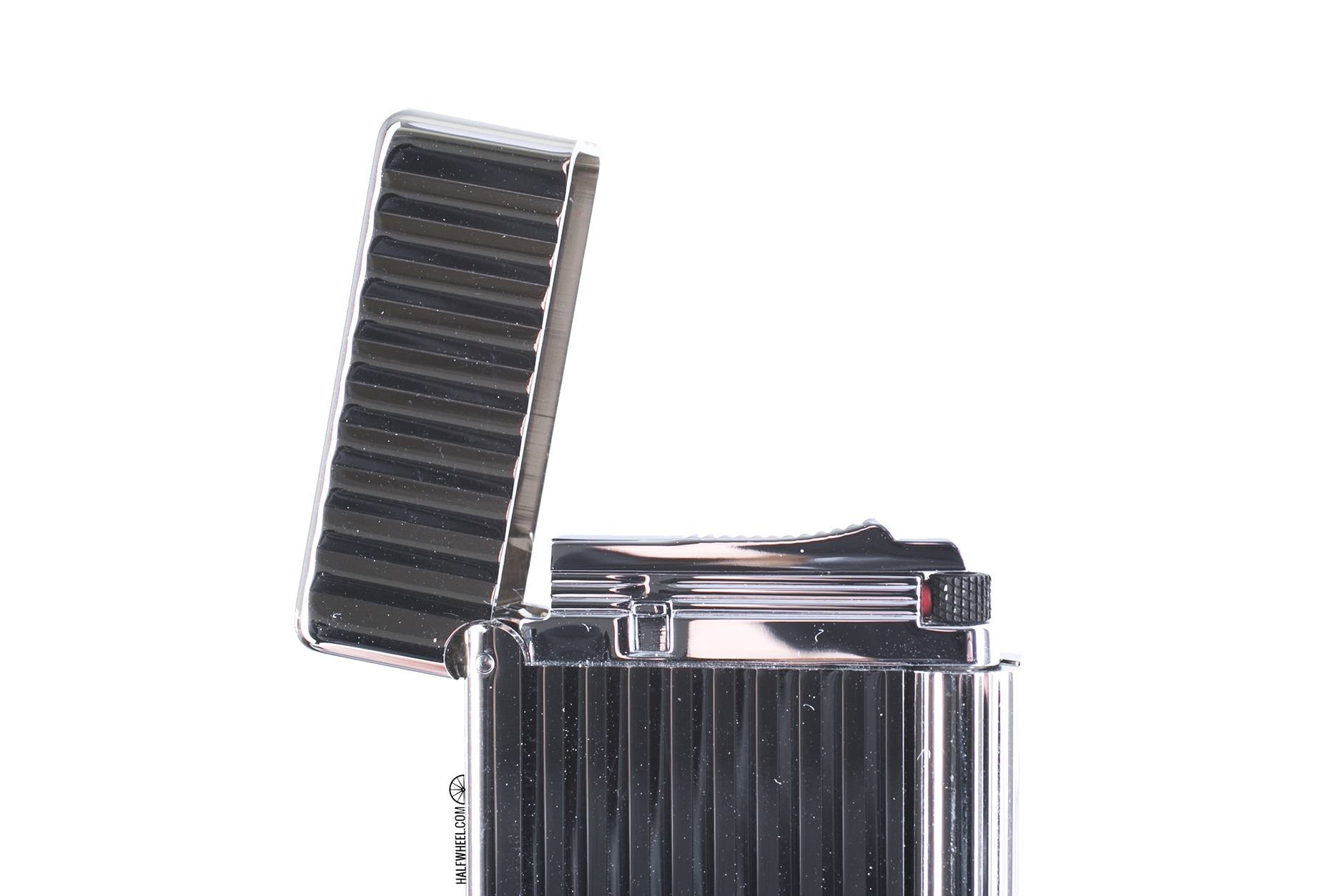 Refueling is fairly simple; after a purge of the air inside, the lighter must be refilled with S.T. Dupont’s “blue” gas, a blend that is designed to be used with the Ligne 8, Ligne D, Mon Dupont, D-Liight, Urban and Soubreny lighters. As a tie-in to the Initial’s release, S.T. Dupont launched a multi-refill can of butane, which is good for about 14 refills according to the company. Each can sells for $29.99, though are available in multipacks that bring the per-can cost down a few dollars. Still, this should explain my notes above about not wasting gas. 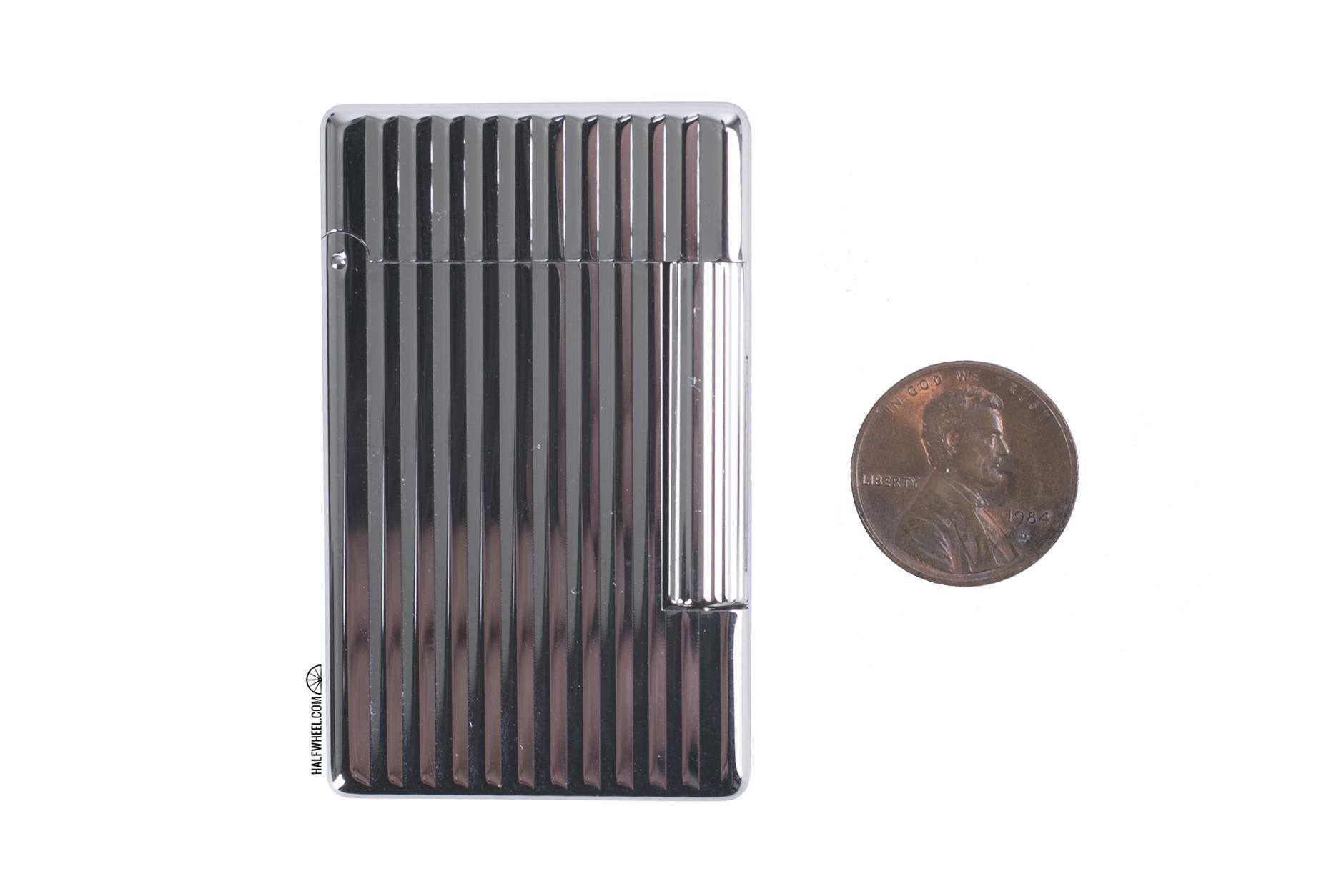 After about a month of daily usage, there is no doubt that the S.T. Dupont Initial is well-crafted; it offers a weight in the hand that is rarely found on lighters of this size, and the no-doubt flint wheel ignition only further solidifies its quality. Either of the designs are a win for me, and while I’m partial to the white bronze finish, I certainly wouldn’t knock the golden bronze option if that was your preference.

Design and build quality aside, the Initial must be judged as a cigar lighter, and while it does an adequate job in certain conditions, it is no match for a breezy environment. If the majority of your smoking is done in comfortable indoor lounges and you enjoy the process of a soft flame, it’s certainly quite a nice option. However, if you’re out in the elements most of the time, it would seem to be the source of frustration more than elegant luxury, something that would only be compound by the added time needed to properly toast a cigar. While this would be more than suitable for the quick touch of flame needed to light a cigarette, it can be challenged by the more time-consuming process of lighting a wider surface of thicker tobacco. 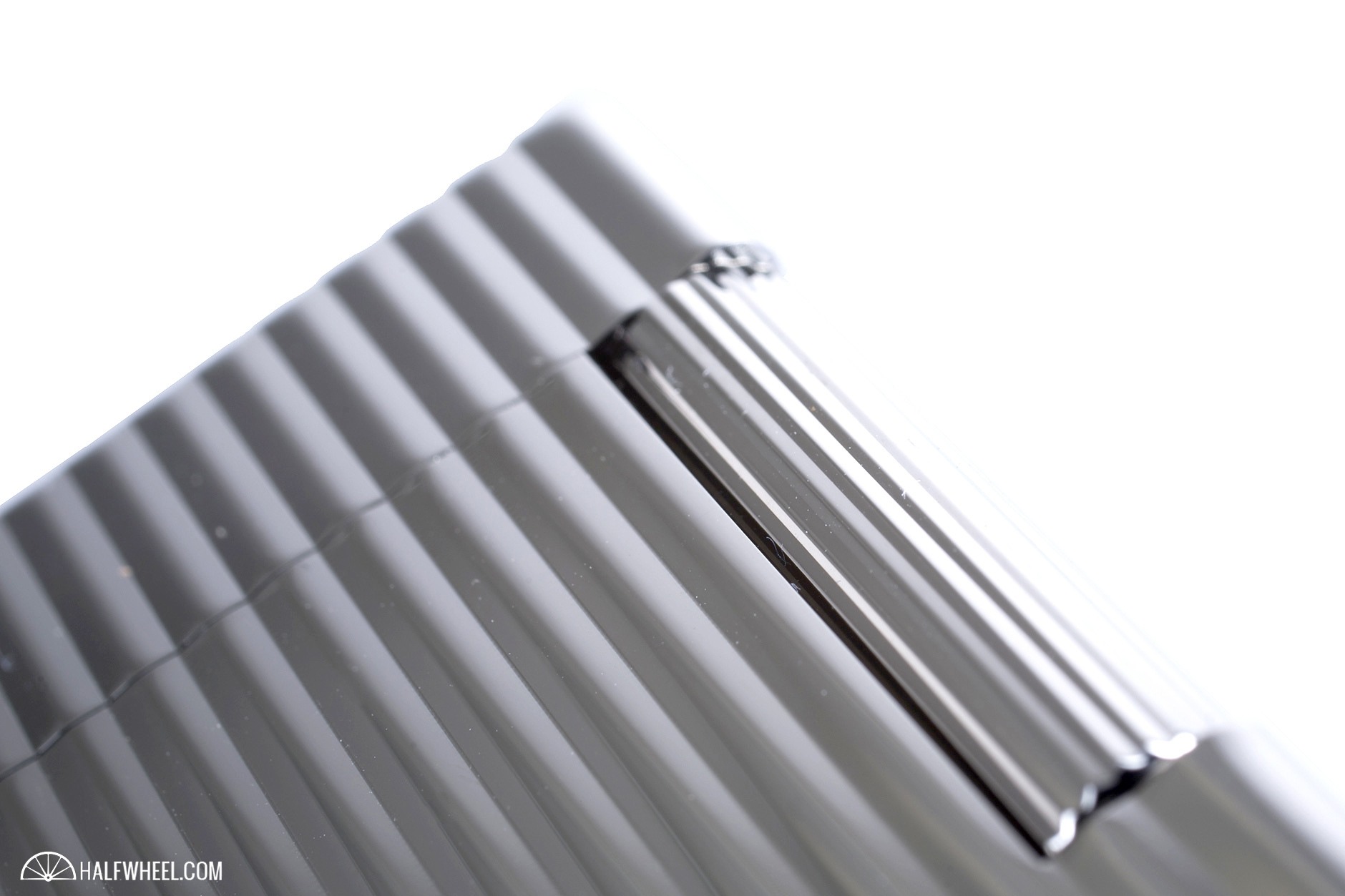 Plain and simple, if you can and want to spend $500 on a soft flame lighter, the S.T. Dupont Initial would be a worthy choice. It’s an excellent mix of quality and reliability, and assuming its small shape doesn’t result in it falling out of your pocket and getting lost, I could imagine it lasting for many years to come. However, for my preferences, there are just enough issues with the lighter and not enough intangibles in the S.T. Dupont Initial to warrant that kind of premium.

S.T. Dupont is distributed by Davidoff of Geneva USA, which advertises on halfwheel.

The lighter for this review was sent to halfwheel by Davidoff of Geneva USA.