In February, the third and final installment of the Room101 Master Collection will arrive on shelves, this time sporting a lot of glossy white.

For those familiar with the previous releases, the details will sound quite familiar: a total of 105,000 cigars divided up between five familiar sizes. For those unfamiliar, Master Collection was launched in late 2013 described as Room101 founder Matt Booth’s most ambitious cigar project to date.

It prominently featured the new Room101 sakura (cherry blossom) logo in high-gloss black boxes that could be combined to create a larger image. Cigar-wise, Booth said it was the best cigar he had released to date, something many agreed with. Given that it was named Master Collection One, a Master Collection Two was of no surprise when it arrived last year. The theme for that release was gold—which was fairly obvious given the gold on gold boxes and bands. As Room101 has done of late, the cigars are split up amongst five sizes—although production is not equal between the vitolas. 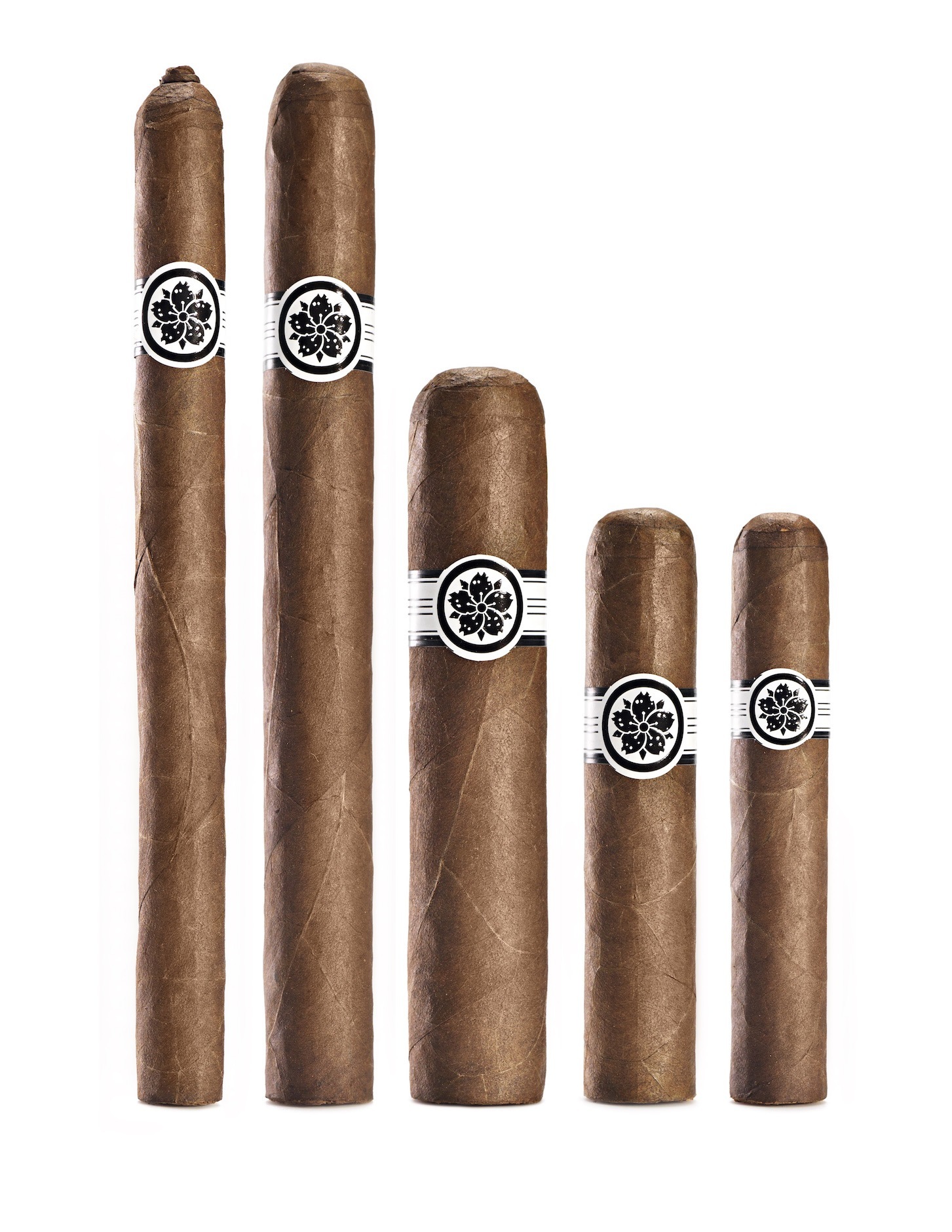 Included in the announcement is a message for Matt Booth:

AS THE MOUTHWATERING TASTE OF THE THIRD AND FINAL INSTALLMENT OF OUR MASTER COLLECTION CASCADES OVER YOUR TASTE BUDS AND CRASHES DOWN ON TO YOUR PALATE LIKE A 900 POUND SACK OF FLAVOR NAILS, I COMPEL YOU TO CONSIDER SOMETHING. WHAT ELEMENTS CAN TRULY COMPRISE THE FLAVOR OF “THE END”?

DEEP, I KNOW. FOR EXAMPLE, BY THE TIME YOUR OCULAR UNITS GRAZE UPON THIS TEXT I WILL BE STRADDLING A LOUNGE CHAIR JUST OUTSIDE OF BOYS TOWN IN PATTAYA BEACH, THAILAND SIPPING A NON SPECIFIC UMBRELLA LADEN BEVERAGE, ADORNED IN THE FINEST OF EUROPEAN SWIMWEAR (PURCHASED SECOND HAND OF COURSE), BEING FANNED WHILST PEERING OUT ACROSS THE INEXPLICABLY BROWN SEA WATER.

WHAT, YOU MAY ASK, DOES THIS CLAYMORE-ESQUE VISUAL EXPLOSION HAVE TO DO WITH FINE CIGARS?

ABSOLUTELY NOTHING. I SIMPLY WANT THIS IMAGE TO LIVE INSIDE YOUR MIND RENT-FREE FOREVER – FOR MY OWN PERSONAL SATISFACTION. FOR “FUNSIES” IF YOU WILL…

OK, ACTUALLY THAT’S NOT ENTIRELY TRUE EITHER. MY BEACH SCENE WAS, AMONG OTHER THINGS, A SNAPSHOT FROM THE GOOD LIFE. WITH CIGAR IN HAND, ENJOYING THIS ULTIMATELY PLEASURABLE MOMENT IS THIS INDIVIDUAL SOMEONE’S (MAYBE NOT YOURS, SPECIFICALLY) “GOOD LIFE” MOMENT. IN THIS SAME WAY, I WOULD LIKE YOU ALL TO IMMERSE YOURSELVES IN YOUR OWN MOMENT WITH OUR MASTER COLLECTION THREE.

WHATEVER. IT’S OVER NOW, SO SMOKE IT UP. MASTER COLLECTION THREE – BECAUSE TWO SIMPLY WASN’T ENOUGH.

Room101 is distributed by Davidoff of Geneva.