Thompson Cigar is not new to exclusive blends, and last month the Tampa-based retailer added another one to is portfolio. The new line is being offered in three sizes, each packaged in 20-count boxes. Visually, the Romeo y Julieta Aniversario Maduro Robusto is physically impressive when held in my hand with a rustic, dark espresso bean wrapper that is extremely rough to the touch. There is very little oil present, and the cigar is extremely hard when squeezed. Aroma from the wrapper is a combination of barnyard, manure, earth, black pepper and mild sweetness, while the cold draw brings flavors of dark chocolate, hay, earth, leather, black pepper and distinct cherry sweetness.

Immediately after toasting the foot, the Romeo y Julieta Aniversario Maduro opens with a number of flavors, all of which are fairly distinct, but none of which could be considered dominant: cocoa nibs, hay, espresso beans, leather and dried tea leaves. There is some very obvious black pepper on the retrohale that interestingly is not replicated on the finish, but there is some slight spice on my tongue. I am also picking up a nice cherry sweetness that seems to have been carried over from the cold draw, a note that seems to be getting stronger as the cigar burns down. Construction-wise, the Romeo y Julieta features an excellent draw after a v-cut as well as a burn that, while a bit wavy, is not bad enough to need correcting as of yet. Although there is plenty of smoke coming from the foot, it is noticeably thin, and the strength fails to reach the medium mark by the end of the first third. Interestingly, the cherry sweetness from the first third and the cold draw becomes quite a bit more prevalent in the second third of the Romeo y Julieta Aniversario Maduro, leading to a much more complex profile overall. In addition, there is now a dominant flavor—namely freshly roasted coffee beans—followed by notes of licorice, oak, cinnamon, cashews, leather and slight floral. Both the spice and the black pepper are reduced noticeably by the halfway point and both the burn and the draw continue to impress. The smoke production remains both high and thin, while the overall strength rises enough to hit a solid medium by the time the second third comes to an end. 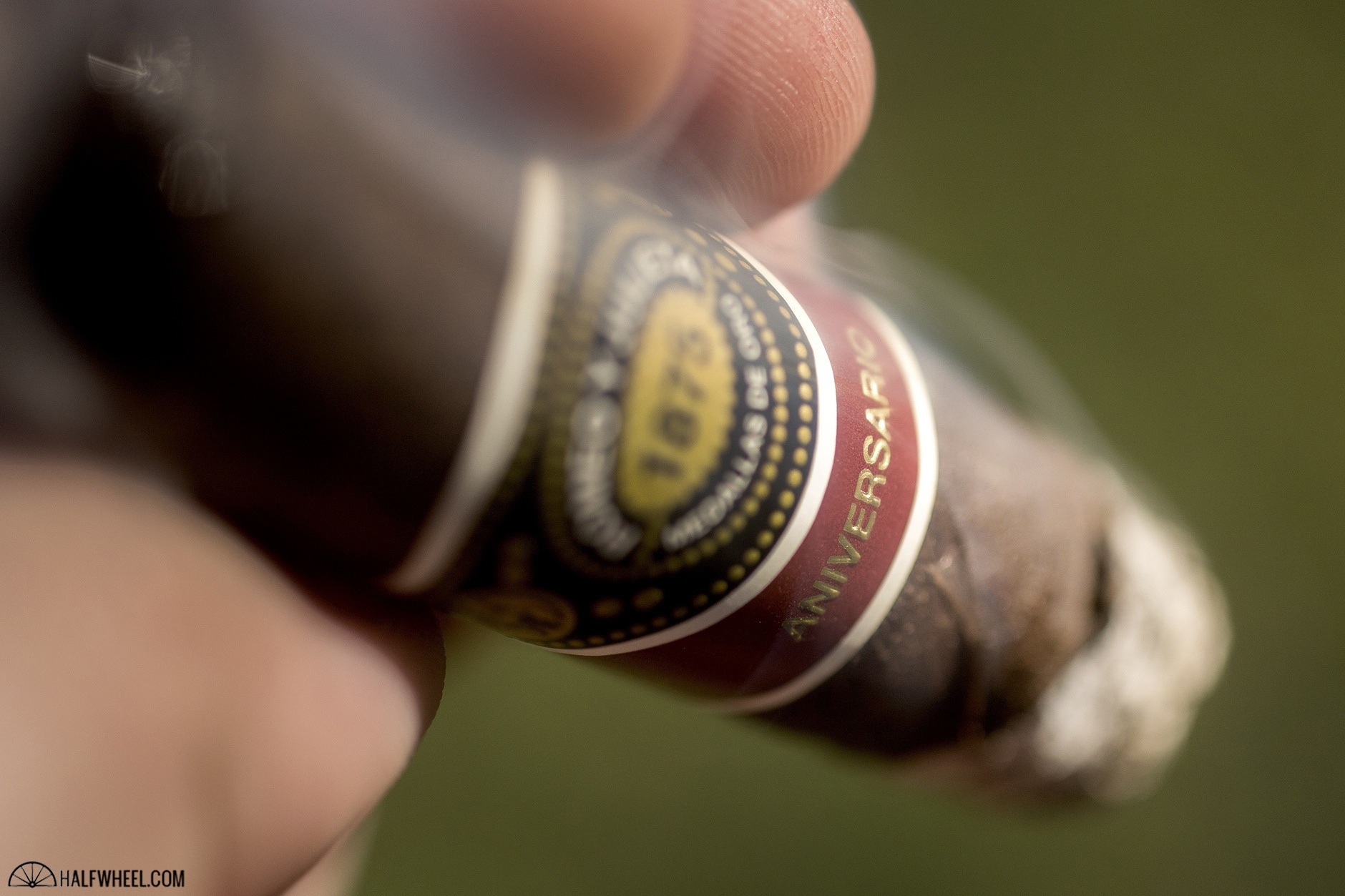 The cherry sweetness in the Aniversario Maduro Robusto dips a bit in the final third, meaning that the profile loses some of the complexity from the second third and resembles the first third more. The freshly roasted coffee beans note still leads the way in terms of flavors, followed immediately by flavors of hay, cinnamon, dark cocoa powder, dried tea leaves and tobacco. Thankfully, both the burn and draw are as wonderful as ever, but the volume of smoke production has decreased noticeably. Finally, the strength takes a major jump right before the end of the cigar, putting the Romeo y Julieta Aniversario Maduro Robusto a bit stronger than medium by the time I put the nub down with about an inch to go. When I think of Connecticut broadleaf wrappers, a few dominant flavor notes immediately pop into my head based on the many examples I have smoked in the past, including strong earth, pepper, hay, espresso beans and sweetness. While the Romeo y Julieta Aniversario Maduro did have all of those notes at various times, none of them were overly dominant over the rest except during the second third and the cherry sweetness that was present in this particular cigar throughout really set the profile apart. In the end, this is a nicely blended, nicely balanced and very well-constructed cigar and well worth trying out if you are a fan of naturally sweeter blends.