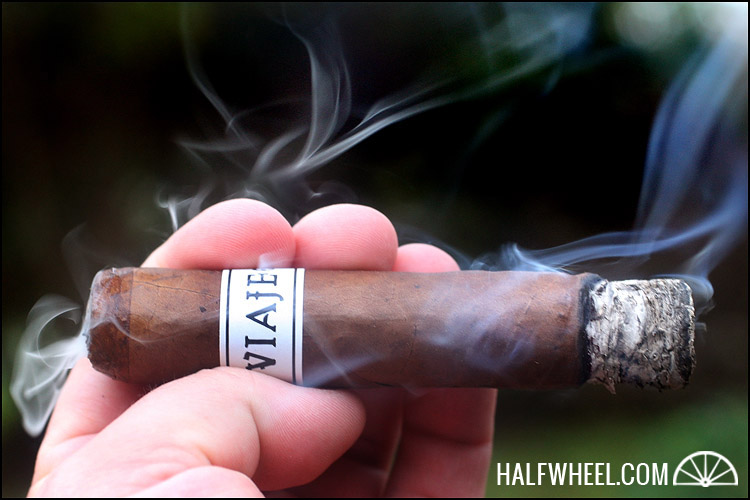 This past year, Viaje has started to release cigars in a new series. Dubbed the White Label Project (WLP for short), these cigars are meant to be basically one-off releases that most likely will never be seen again, unlike most of his other blends, which are released around the same time every year.

With the newest cigar, there have been four separate “White Label Project” releases to date…They are (left to right in order of release): The story behind how this Stuffed Turkey got it’s name is as unlikely as it is amusing. Apparently, while Jerry Cruz and Brian Hewitt (of Stogie Review) was interviewing Farkas for the blog, Cruz joked that since Viaje was big on specific holiday releases (i.e. St. Patrick’s Day, 4th of July, etc) that the company should release a cigar for Thanksgiving called the Stuffed Turkey. Well, apparently Andre took it to heart, as the joke has now become a reality.

In the video we were joking around with Andre about all of the Viaje seasonal releases and I made a comment about how he was just missing a Thanksgiving themed release. That was July. Fast forward to today and I get an e-mail from Andre as well as a mention on his Facebook page confirming Charlie’s post and our inspiration for the Viaje WLP Stuffed Turkey.

Like all of the White Label Project releases, these come in newspaper wrapped bundles. There will be 150 bundles of 25 (3,750 total cigars), and each of the Viaje accounts will get at least one bundle with some getting more than one. According to Farkas, this is an entirely new blend, i.e. it is not a tweaked blend. 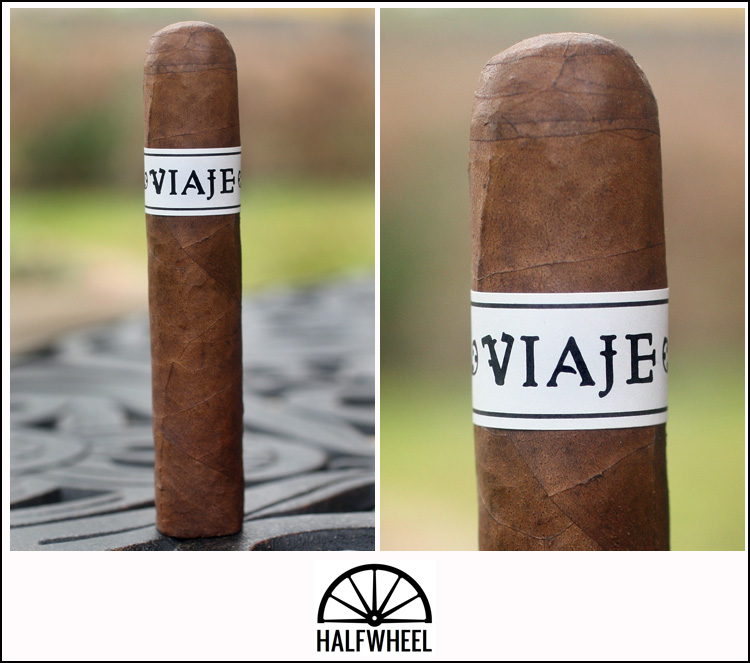 The cigar itself is a monstrosity of a smoke, and feels almost too large in your hand when you hold it. However, large as it is, it also seems much too light for its size. The reddish brown wrapper is dry to the touch, but smooth as well, and smells strongly of barnyard, dark bitter chocolate and hay. It has the perfect give when squeezed.

The First Third starts off light, with notes of nuts and leather, along with just a tiny amount of spice on the retrohale. There is a slightly bitter note that comes and goes, but it is not overwhelming at all. The draw is extremely loose and I am hoping that it firms up a bit.

The Second Third is much the same as the First. Still the same nutty and more creamy leather, still the same slight bitterness and the draw is still very loose. There is a very faint floral note that comes and goes, but it is not strong enough to make much of an impact on the profile. The spice from the First Third is almost totally gone. Strength-wise, I would call it a medium minus at this point. The Final Third was just more of the same. The profile did not seem to change much at all for the entire smoke and it is a big one. Strength picked up a bit, but still on the low side of medium by the end of the smoke. I was able to nub it easily, but it did get somewhat hot at the very end. The Bottom Line: If you read the reviews of the other releases in the White Label Project line, you will see that none of them has received a score over 85. For the most part, these releases have been bland, although I must admit, the WLP Candela and WLP 50/50 Red have gotten marginally better after resting for a while. Unfortunately, the WLP Stuffed Turkey is no different. While not a horrible or unsmokeable cigar by any means, it is just too uninspired, too big, too light (strength-wise) and just plain boring, flavors wise. Honestly, if you want a recent Viaje Limited Release and have some money burning a hole in your pocket, I would go with the Exclusivo Lancero (of which there are still a few left, amazingly) over these all day long…