Late last year, Andre Farkas showed off boxes of a new Viaje line, Super Shot. While the 10 Gauge Super Shot already shipped in late February, Viaje opted to stagger the release of the second size, Super Shot 12 Gauge. This past week, Super Shot 12 Gauge began arriving in stores alongside the next WLP Candela release and Skull and bones FOAB, MOAB and WMD.

Rather than rewriting history, here’s what Charlie Minato said in his Super Shot 10 Gauge review:

From the start, it was believed that Viaje would release two sizes: Super Shot 10 Gauge & Super Shot 12 Gauge, aptly borrowing the name from different sizes of shotgun calibers. While it was originally announced as a January release, Viaje would later announce that it was to be released in February alongside the next installment of the White Label Project, the WLP Winter Classic.
By the time the details of the WLP shaped up, it was announced that Super Shot 12 Gauge would debut in March, although the previously unannounced Friends and Family was sent to retailers alongside the Winter Classic and Super Shot 10 Gauge.

The cigar is offered in two sizes.

Here are some photos of the boxes, which look just like a box of shotgun shells: 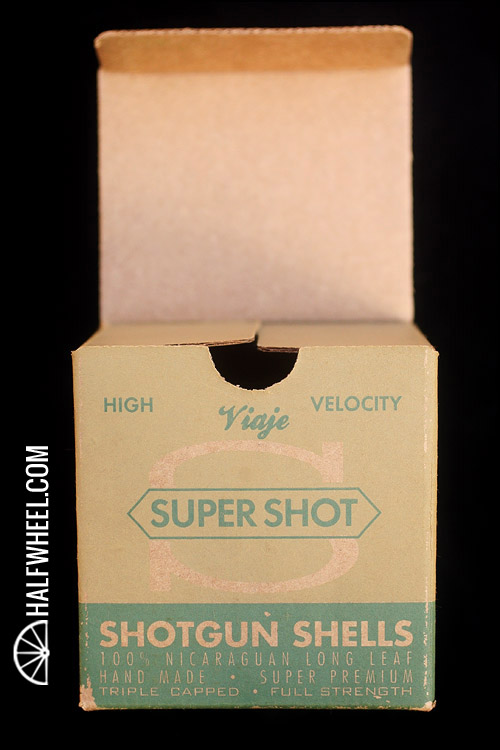 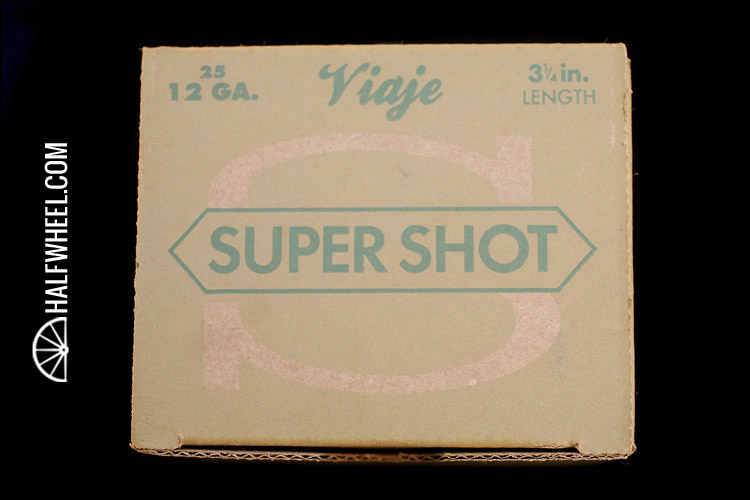 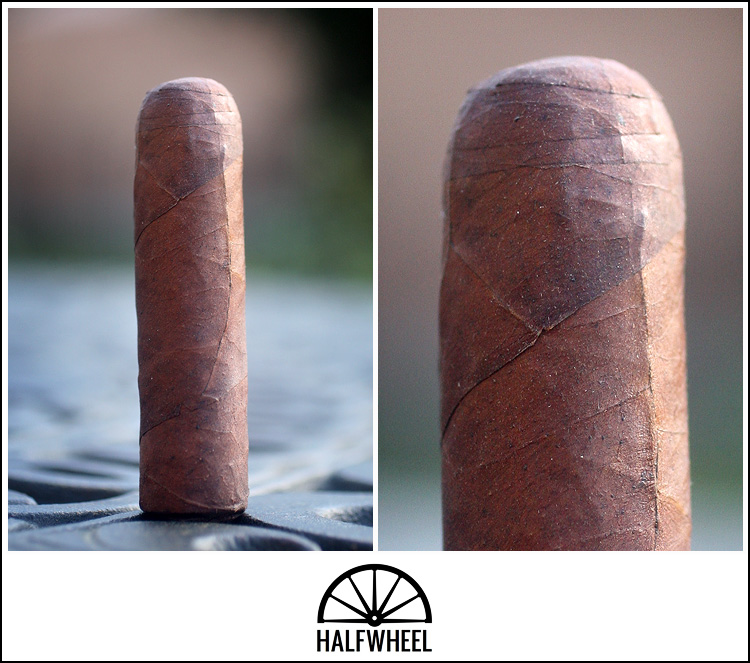 The Super Shot 12 Gauge is quite a bit smaller than I expected with a wonderful dark mocha brown wrapper that glistens with oil. While I am a fan of the closed foot, even for the small size, it’s a bit light. The cigar has almost the perfect amount of give when squeezed, not too soft or hard and the wrapper is quite smooth to the touch. Emanating from the wrapper is a strong leather, damp earth, dark chocolate and black pepper. Super Shot 12 starts out the first third strong with extremely distinct leather, almost like gnawing on a saddle, along with damp earth, toast and a fairly strong black pepper note. Strength is already strong by the end of the first third, firmly in a full-like medium category and only getting stronger by the puff. The burn is great, as is the draw. 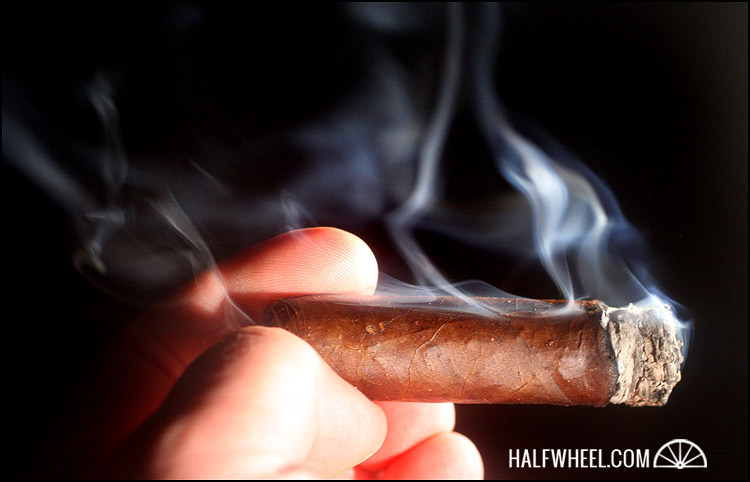 The second third of the Super Shot 12 is basically the same flavors as the first third, but there is a slight sweetness that is present that really adds a little complexity that was missing. I am also tasting a dark bitter chocolate that comes and goes. The earthiness is somewhat stronger, but the black pepper that I noticed in the first third of the Viaje is much reduced, although there is still some on the retrohale. 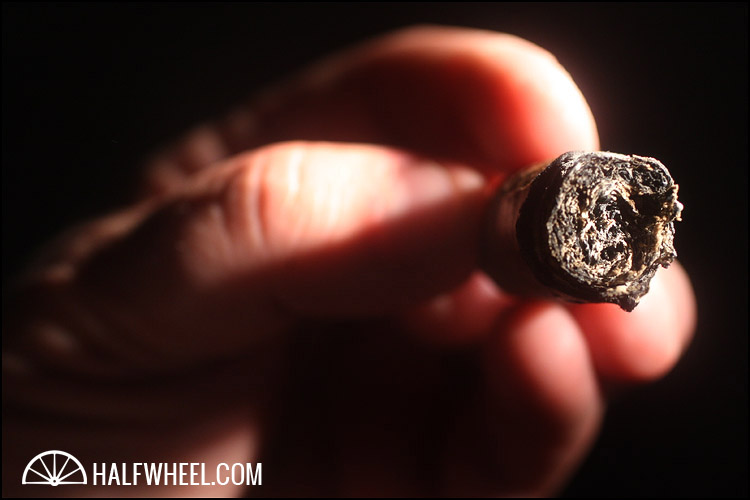 While it gets stronger in the final third, the Viaje falls just short of the full strength mark. Flavors of dark chocolate, earth, leather and even a bit of nuttiness combine with a stronger sweetness than the second third. The Super Shot 10 Gauge did get a bit hot at the end, but I was done with it by then anyway. Construction and burn continue to impress and I had no problems with either. 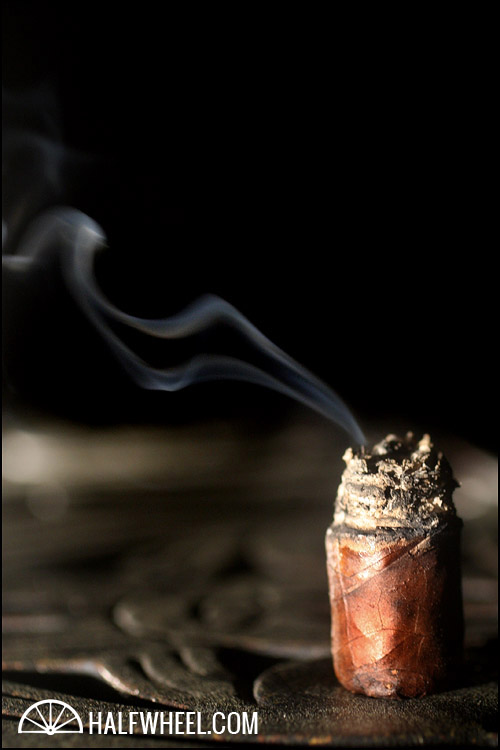 I was actually fairly impressed with this cigar. While not the most complex of profiles, it had some nice, enjoyable dark flavors and the construction, draw and burn are all excellent. This seems to be an aberration in terms of what Viaje has been doing for the last year or so, i.e. thicker ring gauge at more than $8. I love the size, and the strength, while noticeable, was not overwhelming at all, especially in the small size. With the exception of Friends and Family, Super Shot, in both 10 and 12 Gauge forms, is easily the best recent release from Viaje besting two WLPs, three Skull and Bones and two Samurais. If you like the size, I would not hesitate to recommend buying some if you can find them.