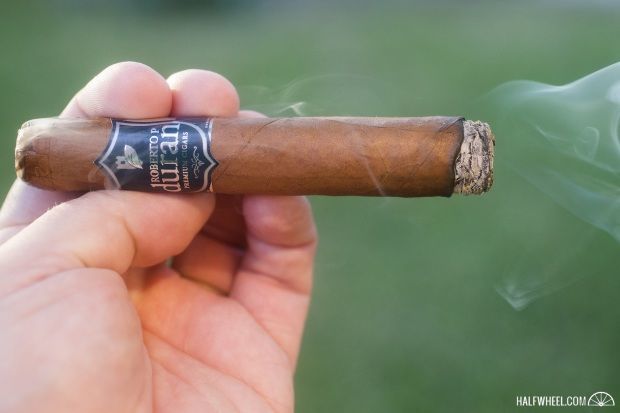 While Roberto Duran is not a household name in the U.S. cigar market, he is no stranger to the tobacco business. He began his career in Havana, Cuba, working as a production supervisor before taking a position with Pacific Cigar Company, the large Asian Habanos S.A. distributor.

Last year, Duran introduced the Azan brand, which includes the Burgundy, Premium White and Maduro Natural lines, at the 2013 IPCPR Convention & Trade Show. At this year’s show, Duran showed off a new eponymous line, Roberto P. Duran. It incorporates a Ecuadorian Habana criollo wrapper, a binder that comes from Nicaragua and filler tobacco from Nicaraguan tobacco as well as leaves from an undisclosed country.

The new line pays homage to his family and his family’s city of origin in Cuba.

“The Duran last name is from my mother’s side, it was my grandfather on my maternal side which introduced me to the joys of tobacco,” Duran said in a press release. He added that his grandfather lived to be 99-years-old and smoked on average about eight cigars a day.

“I owe my livelihood to him. I wish to honor his memory with a cigar which bares his last name and honor the city of his birth, Baracoa.”

The Roberto P. Duran line will be sold in four sizes in boxes of 20 when it is released.

Each different vitola has a story behind its name.

Toa is named for the biggest river in Cuba that is at the heart of Baracoa and a major factor in the region’s ecosystem. La Punta references the fort of the same name, built in 1802 and one of the symbols of Baracoa. Duran is not the first to use the Tainos name, a reference to the native indigenous people of Cuba, while Cacique Guama refers to a Tainos chief from Baracoa. Covered in a straw-colored brown wrapper, the Roberto P. Duran is smooth to the touch with very few veins or bumps along its surface. It is appropriately firm when squeezed and there is very little evidence of oil. Aroma from the wrapper is a combination of peanuts, hay, barnyard and chocolate, while the cold draw brings flavors of grass, chocolate, espresso and earth, along with a little bit of generic sweetness.

Starting out, the profile of the Roberto P. Duran is exceedingly creamy, with dominant flavors of almonds and hay, while oak, leather and dark coffee are a lll secondary notes. There is some great vanilla bean sweetness which combines quite well with a nice amount of white pepper on the retrohale. Both the burn and raw are excellent, while the smoke production is slightly above average. Strength-wise, the cigar is quite light in the strength department so far, ending the first third just above the mild mark. 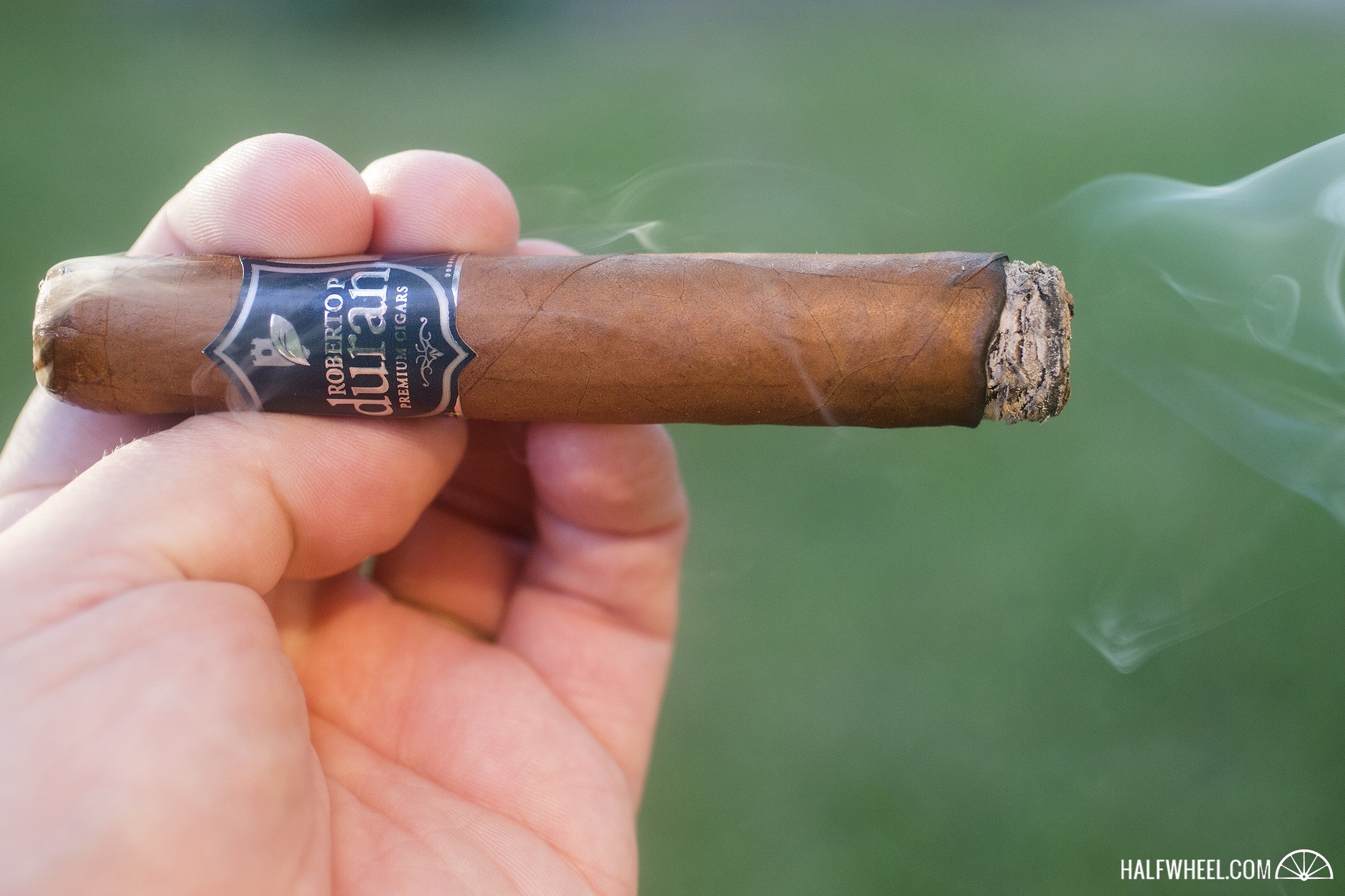 Right around the halfway point, there is a significant increase in the pepper on the retrohale, an almost shocking amount compared to the first third. The sweetness has also increased morphing into more of a maple note, which continues through the second third. Construction-wise, the Rio Toa remains excellent; all three samples giving me even close to an issue. The overall strength has not budged much ending the first third well below the medium mark. As the final third of the Roberto P. Duran Rio Toa progresses, it toes the line with the second third: overtly creamy profile interspersed with flavors of hay, leather, oak and earth. The maple sweetness has changed again, this time to a nice nutmeg flavor, but it is not as strong as it was in the second third. While the white pepper on the retrohale has noticeably reduced, it is still a factor in the profile and the smoke production remains quite high. The strength has increased as well, but barely makes it into the medium range by the end of the cigar. Both the burn and draw remain excellent until I put the nub down with a little less than an inch left. 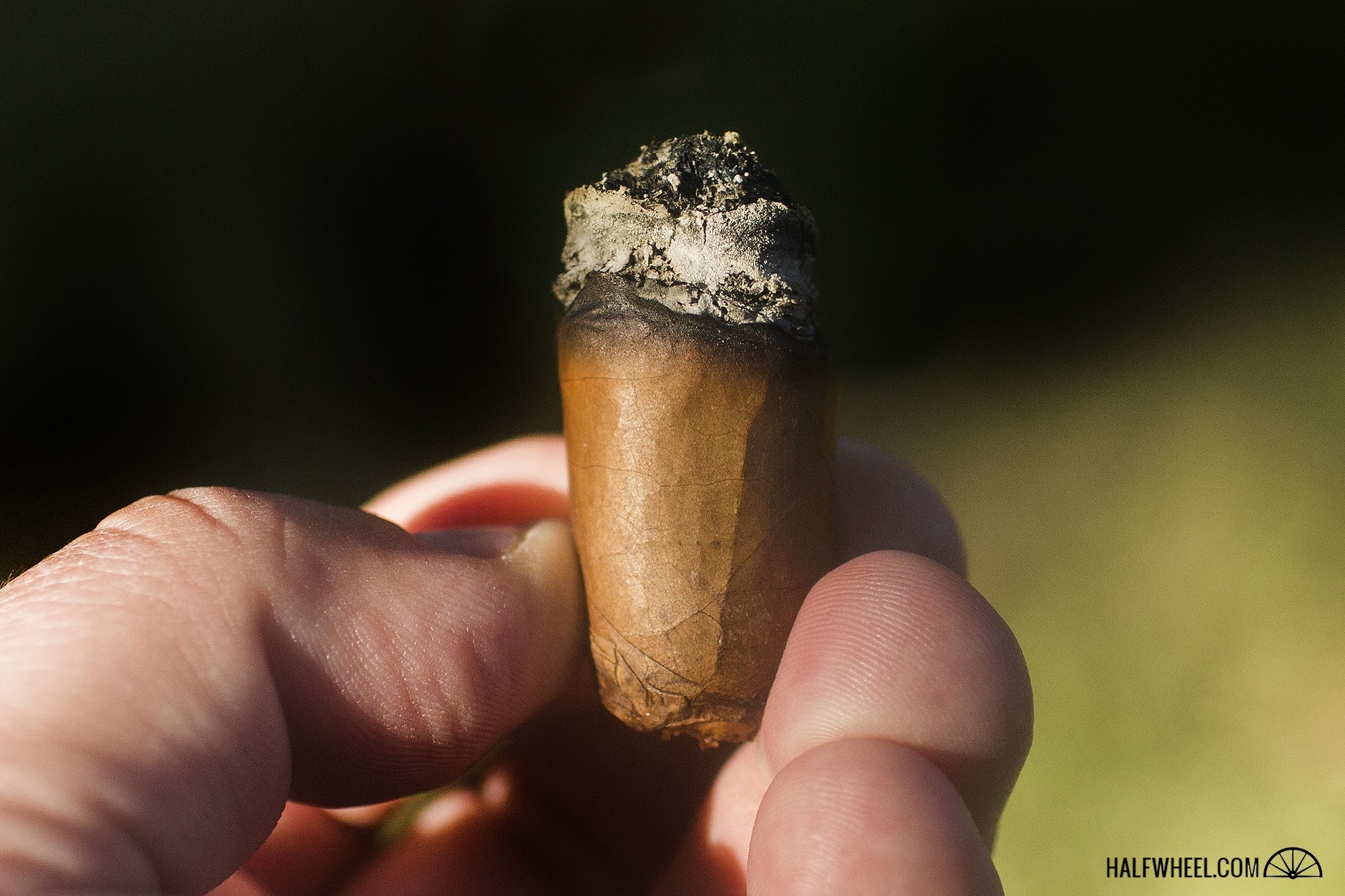 Having never tried any of the blends before, I was impressed with the profile of the Roberto P. Duran Rio Toa. The second third—specifically right around the halfway point—is where this cigar shines with a nice combination of strong sweetness, creamy profile and great amount of pepper through the nose to pull them all together. The construction was excellent on every sample with the smoke production well above average for the entire cigar. Although the Roberto P. Duran line will not overwhelm you with unique flavors or strength, the profile is extremely well-balanced and is a great choice if you are looking for a full flavored, milder option.