In August of 2012, Pinar del Rio debuted a new vitola in the Reserva Superior line at the IPCPR show in Orlando, Fla., a 6 x 66 Salomon that would be limited to 1,000 boxes of 10 with each cigar in its own coffins. The defining characteristic of the Reserva Superior blend is that made up of about 90 percent Ligero tobaccos, making it the strongest Pinar del Rio to date.

PDR Cigars USA, which boasts some of the most distinctive blend profiles in the premium boutique cigar market is excited to announce the release of their most artisanal vitola to date, the 6×66 Salomon which will debut at this year’s IPCPR trade show in Orlando, FL on August 2nd.

The Reserva Superior Line is a Limited Edition line first introduced by PDR Cigars at last year’s IPCPR convention in Las Vegas with a 2000 box production run that was only available at the convention. The Reserva Superior Salomon will be a terrific addition to the portfolio. The Salomon will sport a double wrapper comprised of a maduro coupled with a natural wrapper at the foot and on the head of the stem. With an 80 year history in cigar making the PDR Cigars factory will showcase the skill and attention to detail possessed by its master rollers in the making of this beautiful offering. Now in its 8th year of independent operation, under the leadership of Abraham Flores PDR Cigars has continued to offer cigar enthusiasts a solid selection of flavorful, well-made cigars. The Reserva Superior Salomon will be yet another testament to PDR Cigars’ commitment in that regard.

“I felt that it was important at this stage in our brand to offer something truly special and limited to the consumers that really enjoy the brand. The Salomon also allows us to offer something super exclusive to the family of retailers that support the brand as well,” Said Abe Flores, President of PDR Cigars. “This is truly a connoisseur’s cigar”.

The Limited Edition Salomon will be packaged 10 cigars to a box and each individual cigar will be nestled inside a coffin. The blend for the Salomon is the same as the rest of the Resreva Superior line. The primary wrapper is Dominican Habano while the binder is Brazilian. The filler is Dominican, Nicaraguan, and Lancaster PA. The Reserva Superior Salomon will only be available at the IPCPR convention in Orlando FL next week. With a box production of only 500 this rare offering will be limited to select retailers throughout the country.

There are now four different vitolas in the Reserva Superior line, three of which are regular production. They are:

Here is what the boxes and coffins the Pinar Del Rio Reserva Superior Salomon look like: 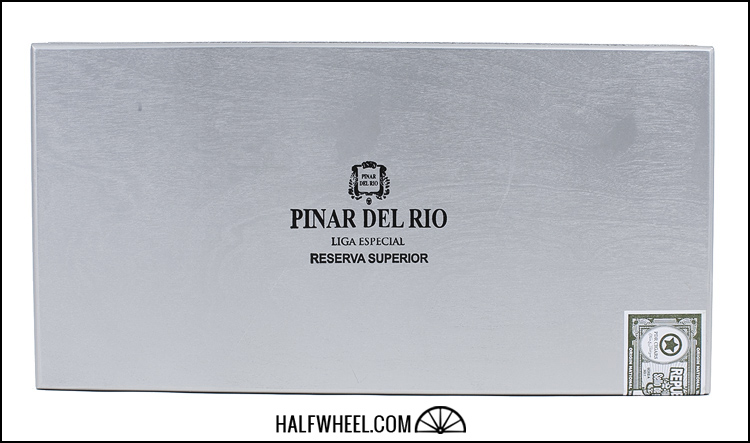 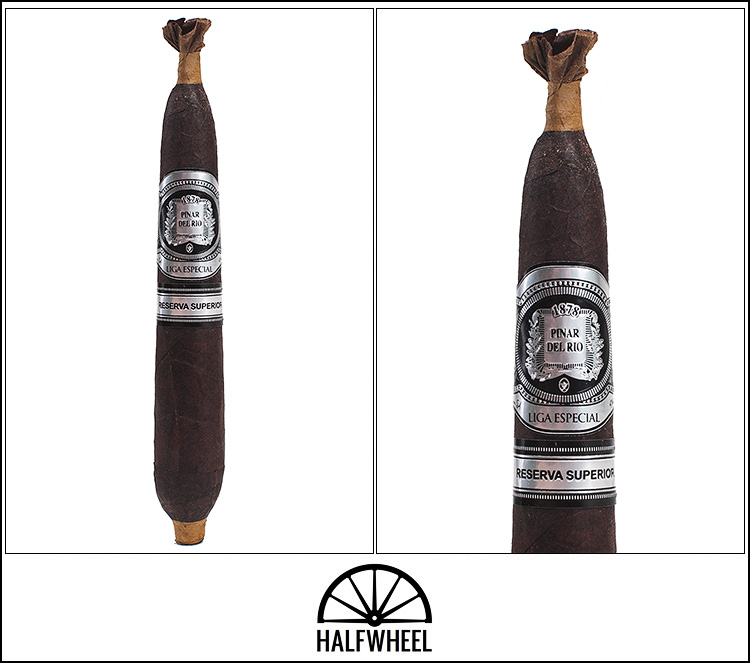 The Pinar Del Rio Reserva Superior Salomon is an impressive looking cigar right off the bat with a shaggy end on the foot and a natural tobacco tip on the foot. The wrapper is an extremely dark espresso brown is rough to the touch, and has just a great amount of oil on it. It is a little stiff when squeezed and the aroma off of the wrapper is a faint oak and chocolate notes.

The first third of the PDR Reserva Superior Salomon starts off with strong flavors of wood, leather, bitter espresso, earth and a somewhat interesting dark chocolate and cocoa mix, almost powdery in texture. There is just a tiny amount of sweetness in the background, but not enough at this moment to determine what flavor it is. The draw is extremely tight to start off, but opens up nicely after the crown of the bulb is reached. The burn is spot on and smoke production is enormous through the first third, white and billowing. Overall strength starts out slightly below medium and ends the first third at a solid medium. 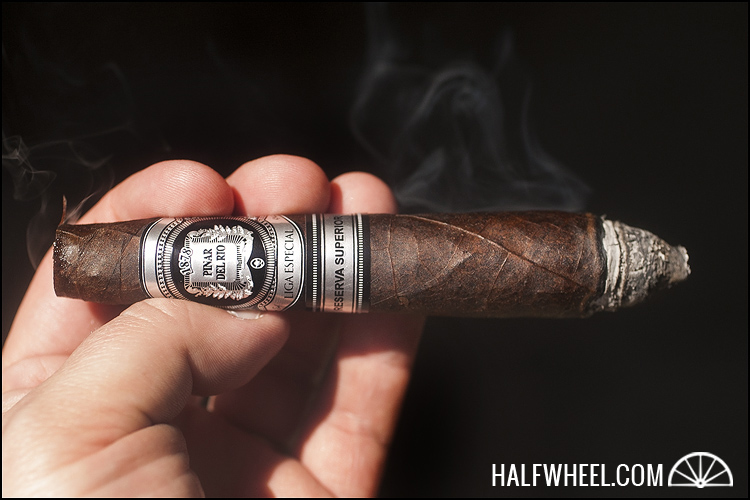 Coming into the second third of the Pinar Del Rio, the profile is essentially the same: gritty earth, dark chocolate, bitter espresso and leather. There is noticeably more pepper on the retrohale by the halfway point, and the construction continues to impress. The sweetness from the first third has increased a bit, and while it is a welcome change, it is still fairly generic. Smoke production is great, but still short of Liga Privada levels. The strength is noticeably stronger, ending the second third just short of the full category. The final third of the Reserva Superior Salomon retains most of the profile of the second third with dark coca, earth, espresso and leather notes leading the way. One big change is the sweetness, which has become more distinct, and is now identifiable as a mild cherry flavor. The amount of pepper on the retrohale remains constant until the end, as does the smoke production. Both the burn and draw continue to impress, and the overall strength ends well into the full category. While not the most complex of cigars, the Pinar Del Rio Reserva Superior Salomon has an extremely smooth profile with great construction and fairly classic flavors. While cool to look at, the Salomon vitola fights you in the beginning with draw problems, but the issues become a faint memory by the time the smoke ends. The strength easily hits the full category, but takes its time getting there, so don't be surprised when it finally hits you. Overall, an enjoyable cigar to smoke after a full meal.