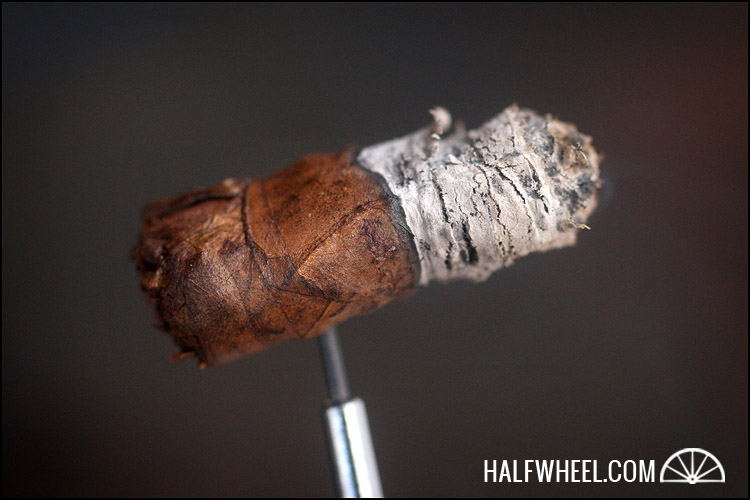 In 2007 Oliva released their popular Oliva Serie V line to great fanfare. By all accounts, the Serie V is Oliva’s signature cigar that has been offered in thirteen vitolas publicly not excluding the annual Serie V Maduro Especial:

Yes, they made a Serie V Culebra.

For those unfamiliar with the unique, it actually is an old Cuban vitola that is still produced in Cuba today in the form of the Partagas Culebras. The word culebra translates to snake in Spanish. The most common story of the Culebra is that rollers in Cuba were allowed to bring home a certain number of cigars a day. At some point, they became creative and decided to twist three cigars together, which they passed off as a single cigar.

The cigars are tied together and almost always packed in coffins. To a new smoker, they are a bit perplexing, but it’s actually quite simple. Untie the cigars and smoke them one at a time like you would any other cigar. Despite the twisty nature of the cigars, they burn fine and aren’t that different from smoking a normal cigar. In general, Culebras are rather thin with a ring gauge similar to a Lancero. Culebras are a rather rare vitola still produced by Davidoff, Drew Estate, La Flor Dominicana, Tatuaje and in special instances, Oliva.

Back in June of 2007, Oliva held a series of events to introduce the newly launched Serie V line, which included raffling off Serie V Culebras. There were a total of 100 Culebras raffled off across twenty or so events. The size is very similar to the Oliva Serie V Lancero, but it is rolled looser to allow for the creation of the Culebra. Each cigar was packaged individually in a coffin.

The top of each coffin reads, “Serie V”: 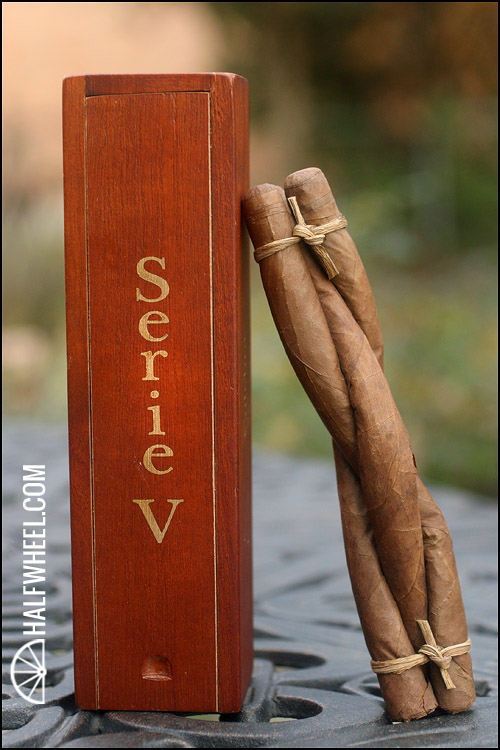 The side of each coffin says “Culebra”: 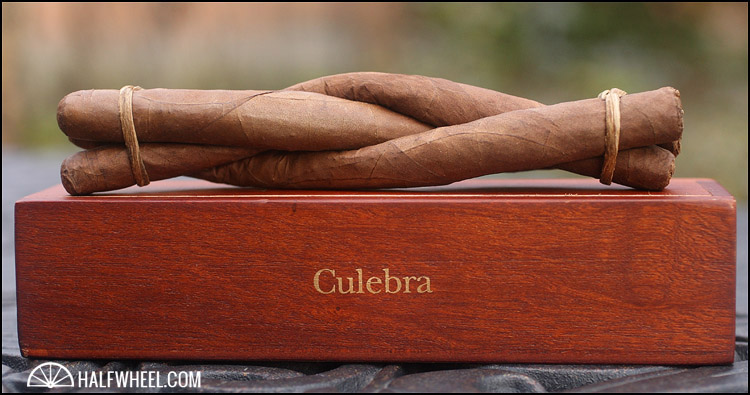 The wrapper is very delicate (both in looks and reality) and is a wonderful light brown color. The twisty shape of a Culebra is always cool to see, although it always looks like something that you will never be able to actually smoke. The Oliva Serie V Culebra smells like sweet cedar, leather and a bit of pepper. It is very light when held, and seems quite dry to the touch. The cold draw is spicy wood.

The first third starts off with a strong black pepper note, along with cedar and leather flavors underneath. There is some spice on retrohale, but it comes and goes. Pepper calms down quite a bit after 10 puffs or so of the Serie V Culebra, but still very present. Halfway into the first third, a sweet nuttiness comes in, combining very nicely with the spice. Overall, a wonderful start to the rarest version of the Serie V.

The second third still has surprising amount of spice and pepper. The Oliva still has a great nutty sweetness, and a nice floral note as well comes in and out, along with a wonderful coffee note. Strength is a strong mild at this point, and does not seem inclined to go any higher, rather different to any other Serie V. 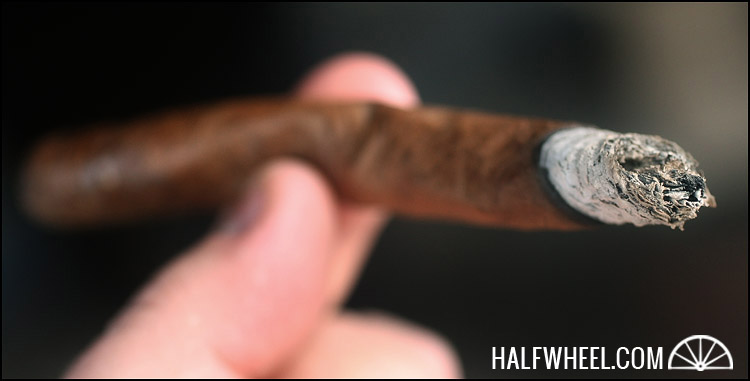 The final third has flavors coming from all sides, almost too fast to recognize them — sweet floral, cedar, leather, white pepper, creamy nuttiness. The spice dies down at very end and the creamy note takes over to the nub. By the end of the Oliva Serie V Culebra, the strength has barely increased to a very mild-medium at best.

I am not sure what the blend is on these sticks (and considering the production numbers, we may never know), but I do know that whatever it is, I wish they would make more. Complex as hell; balanced as hell; refined as hell; and tasty as hell. Easily the best Oliva V I have ever smoked, and is in the top three Olivas I have ever smoked (and I have smoked quite a few of them). If you ever get a chance to talk to someone high up at Oliva and they say you can have one thing in this world as a favor — tell them to make more of these.