In April, La Palina announced its newest line, one that would debut at last month’s IPCPR convention and trade show in Las Vegas. Named the Black Label, the blend consists of a Brazilian Bahiano wrapper along with Dominican and Nicaraguan fillers. Like the company’s Classic line, the Black Label is being rolled at PDR Cigars factory in the Dominican Republic. There will be four different vitolas available when the Black Labels launches next month. The La Palina Black Label is a striking cigar covered in an extremely dark espresso brown wrapper that has quite a bit of roughness to it when you run your finger up and down. There are a few bumps and prominent veins as well, lending to an overall very rustic look and feel to the cigar. There seems to be a nice amount of give when it is squeezed and aroma from the wrapper is combination of cedar, earth, leather and spices, while the cold draw brings flavors of almost shockingly distinct raisins, cinnamon and cloves, reminding me strongly of Glühwein.

Starting out, the La Palina Black Label shows its cards early with a very strong combination of earth and leather dominant, along with other notes of anise, cinnamon, dark cocoa and cedar. There is a very nice candy-like sweetness that is building in strength as the first third comes to an end, and smoke production is well above average so far. I am noticing a nice black pepper note on the retrohale, but it is not overly strong at this point. The burn starts out a little uneven for the first half-inch or so, but evens up nicely right after that, while the draw has just the right amount of resistance for me. Strength-wise, the Black Label ends the first third firmly in the medium range, and I can tell it is only going to get stronger from there. The sweetness morphs a bit in the second third of the Black Label, turning from candy-like to more of a maple flavor that really sets off earthy note that is still dominant in the profile. Other flavors of slightly bitter espresso, cedar, cocoa, cinnamon and barnyard flit in and out, while the smoke production remains constantly above average. The black pepper on the retrohale has increased slightly, but it is still nicely balanced with the rest of the profile. The burn is close to razor sharp at this point in the cigar and the draw continues to impress as well. Strength has been increasing slightly during the second third, but barely makes it over medium mark by the time the second third comes to an end. 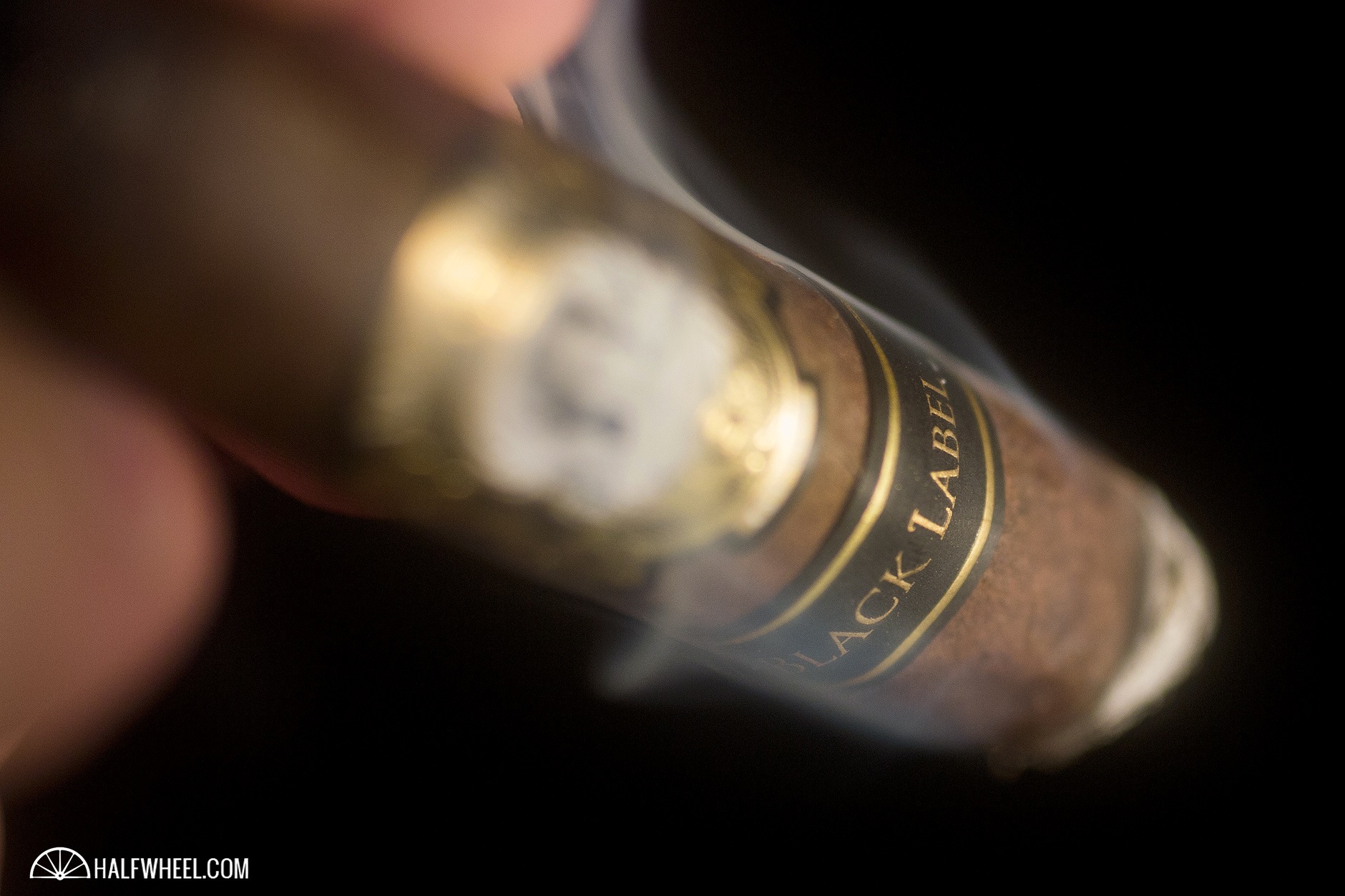 The final third of the La Palina Black Label sees the dominant flavor switch from an interesting earthiness to a dark and rich espresso note, although the earth note is still very much in evidence. Other flavors include dark chocolate, leather, cedar, anise, creamy nuts and even a bit of floral every now and then. The black pepper on the retrohale has stayed pretty constant from the second third, as has the maple-like sweetness. Construction-wise, both the burn and the draw are excellent until I put the nub down with less than an inch left, and while the strength increases slightly from the second third, it ends up about halfway between medium and full. I have long been a fan of most of La Palina's blends and I was eager to try the Black Label, especially when I heard that it was the strongest cigar they make. There is no doubt it is its strongest blend, but what impressed me was not only the richness of the flavors, but also how the earthiness and morphing sweetness in the profile remained balanced from beginning to end on each of the samples I smoked. The construction was excellent on all samples I smoked, with nary a major issue in either the burn or draw. A great addition to the La Palina brand and one that everyone should try.