There isn’t a ton of back story on this box-pressed Toro; Ron Lesseraux of Serious Cigars made a request to Litto Gomez of La Flor Dominicana to come up with something special for the event, and this is the result. Gomez had control over the blend and its size, and came up with a unique blend that was made in an extremely limited quantity with just 50 boxes of 10 cigars being made for the event. Some 30–35 boxes were sold during the festival, and as of this writing a few remain for sale.

This isn’t the first time that Lesseraux and Gomez collaborated on a limited edition cigar, as back in 2011, Serious Cigars received another exclusive from Litto Gomez: the Coronado by La Flor Lancero. 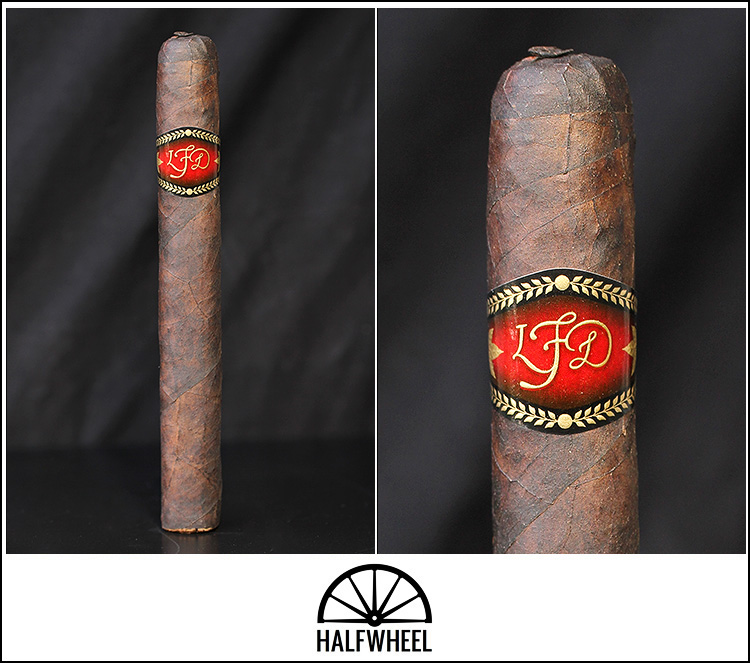 The wrapper is dark, but not overly oily, and if anything it could be described as being a bit dry. There is a fair amount of texture to the wrapper, and while there are a good number of veins, they are very small. The cap has a small, flat pigtail, and a bit of the binder sticks out from the foot, reminding me a bit of the Intemperance line from RoMa Craft Tobac. There is a surprising amount of give on the cigar; it’s not squishy but it is certainly on the soft side. On the pre-light aroma there is a noticeable but not terribly strong aroma of sweet barnyard, with the sweetness standing out and evoking memories of fresh cherries. There’s a bit of pepper in the equation as well, and an essence to it that reminds me of tobacco barns with lots of dry wood and a touch of earth. The cold draw is easy: just north of easy on the first cigar smoked and too easy on the second, both showing those notes of cherry again and a bit of pie crust – a very enjoyable flavor on the palate. One of the other noticeable things on this cigar is the band – it’s the same one found on the LFD Mystery Cigar and is very simple, just bearing the LFD logo.

As soon as the cigar is torched, the wrapper builds up a bit of a puffy lip at the burn line – not quite that big dark cigar mustache that some over humidified sticks develop, but definitely a noticeable change in its appearance and color, which you can see pictured below. The first few puffs of the La Flor Dominicana Texas Cigar Festival are surprisingly spicy, with notes of chalk and white pepper dominating the flavor and none of the cherry sweetness that was in the pre-light aroma and cold draw. The ash is nearly all white, hanging on for just about an inch or so before falling off. The smoke is a very light grey and fairly thin, not really coating the palate but carrying an almost sharp note of pepper. Heading into the second third of the La Flor Dominicana Texas Cigar Festival, the flavor has rounded a bit on the bottom end adding a new base of earth and coffee while keeping the pepper up-front in the nose and on the palate. It still feels fairly similar to the first half—and while enjoyable—isn’t the most complex cigar I’ve ever had. Just shy of the midpoint, the flavor is thin and peppery with little sweetness, instead building with notes of dry wood and light roasted coffee. Past the midway a change in flavor starts, bringing in a touch of milk chocolate, more earth and a bit of leather to add to the bottom end of the flavor equation. The final third sees a noticeable increase in nicotine and overall strength, not unlike what happened when I smoked the LFD Mystery Cigar, though the beginnings are very, very different. The pepper has settled down just a bit and become part of a full, warm earthy flavor. It’s still a significant player though, making itself known on every puff. A touch up is needed to get the cigar burnt down to its eventual conclusion, with the heat starting to play a role in the flavor and adding a slight twinge of harshness to the flavors. The final third has by far the most complexity that the cigar has shown to this point, finishing strong if a bit hot for complete enjoyment. 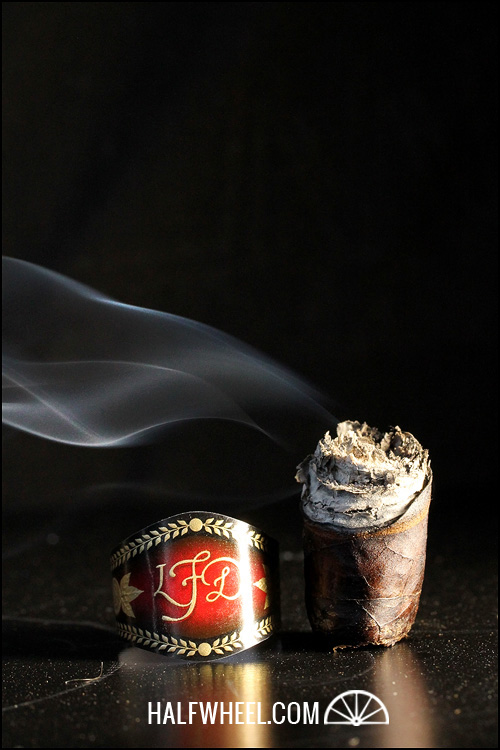 Much like the LFD Mystery Cigar, I didn't have an idea about what this would taste like when I lit it up, other than that it came from Litto Gomez and bore the La Flor Dominicana name. Had I been at the Texas Cigar Festival and tried one of these, I would have given serious consideration to picking up a box. Between their limited nature, a very good flavor profile and an incredibly reasonable price, it would almost be a no-brainer, assuming the budget hadn't already been blown by that point. If you're a La Flor Dominicana fan or like this flavor profile, I'd suggest scooping some of these up before they're gone for good.