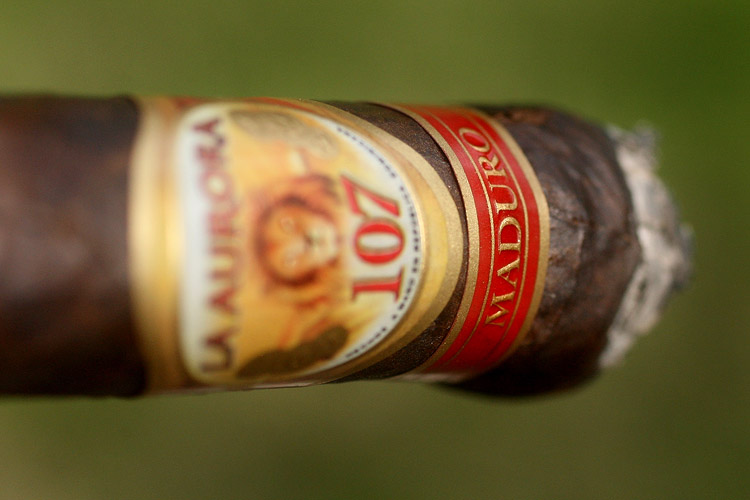 Miami Cigar & Co. hopes to have the line at IPCPR 2012, although Jason Wood told halfwheel that they aren’t setting any sort of release dates until they have the cigars in hand.

When they finally are released, the vitolas available in the final 107 Maduro release will be the exact same as in the regular 107 blend excluding the limited edition Lancero and Puro Vintage and the recently announced Sumo Short Robusto. 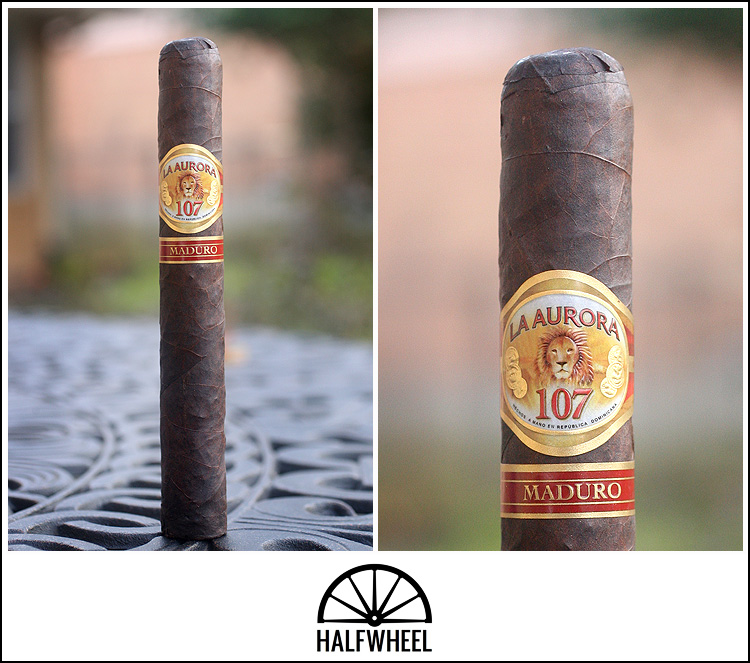 The La Aurora 107 Maduro Gran 107 is huge in the hands with a strikingly gorgeous very dark brown wrapper that is mottled and slick with oil. Given how squishy the cigar is when squeezed, questions about filling are definitely warranted. It seems very light when held, especially considering the size. The Oscuro wrapper smells strongly of barnyard, hay and chocolate.

The first third of the Gran 107 Maduro starts out quite slow with a little bit of spice on my tongue that lasts no longer than fives puffs then dies down. Flavors are faint to start with notes of dark chocolate, cedar, leather and just a tiny amount of black pepper every now and then. There is really not much else to it flavor-wise, sadly. Strength is around medium. The draw is loose, the burn is off, and I had to relight a few times. The final third actually gets worse, although I did not think it was possible. The La Aurora 107 Gran 107 Maduro starts getting a bit bitter, and the other flavors (still unchanged, mind you) start mellowing out. About halfway through the final third, the wrapper comes apart in my hands and unravels off of the piece I had left. So really, I was left holding the binder and filler in one hand, and the wrapper in the other. Shortly thereafter, it seems like a good time to quit, although honestly, I probably would have quit pretty soon after that regardless of the wrapper, since the bitterness seemed to only be increasing. 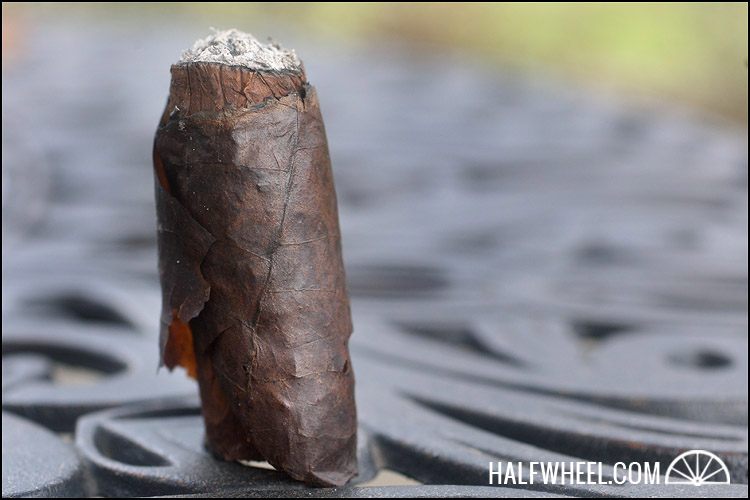 The Bottom Line: There really is no nice way to say: this cigar pretty much sucked in every way imaginable — so I am not even going to try. The construction was awful, the flavors were boring and monotonous throughout the entire three hours I smoked this monstrosity, and it literally fell apart on me at the end. I actually like the 107 blend, especially the Lancero, and I am looking forward to trying the 107 Maduros in smaller vitolas and the final blend. While I reserve judgment on the entire line until I smoke some of the reblend (and of the different sizes), but as it stands now, I can’t even come close to recommending the 2011 version.