In 2003, Ashton Distributors Inc. reintroduced the La Aroma de Cuba brand, an old Cuban name the company had acquired, as one of the new non-Ashton badged lines the company would sell. First, Ashton tasked the Flor de Copan factory in Honduras with production before moving it to the García family’s new Estelí, Nicaragua-based factory, My Father Cigars S.A.

Last year, the Levin family, who owns Ashton as well as the retailer Holt’s, opened up a new cigar bar next to the company’s main store in Philadelphia. Aptly named, the Ashton Cigar Bar, the location was supposed to get two exclusive cigars, including a new La Aroma de Cuba called Noblesse, which translates to nobility in French.

That cigar never came to the Ashton Cigar Bar, but over the summer Ashton announced that it would be releasing Noblesse as a limited edition cigar offered to retailers at the 2014 IPCPR Convention & Trade Show. The 6 1/2 x 52 toro uses an Ecuadorian habano wrapper, Nicaraguan habano and criollo binders and Nicaraguan fillers.

Noblesse is limited to 3,000 boxes of 24 with the cigars separated individually by narrow strips of cedar. The upscale packaging does not come cheap as the new La Aroma de Cuba retails for $16 per cigar. 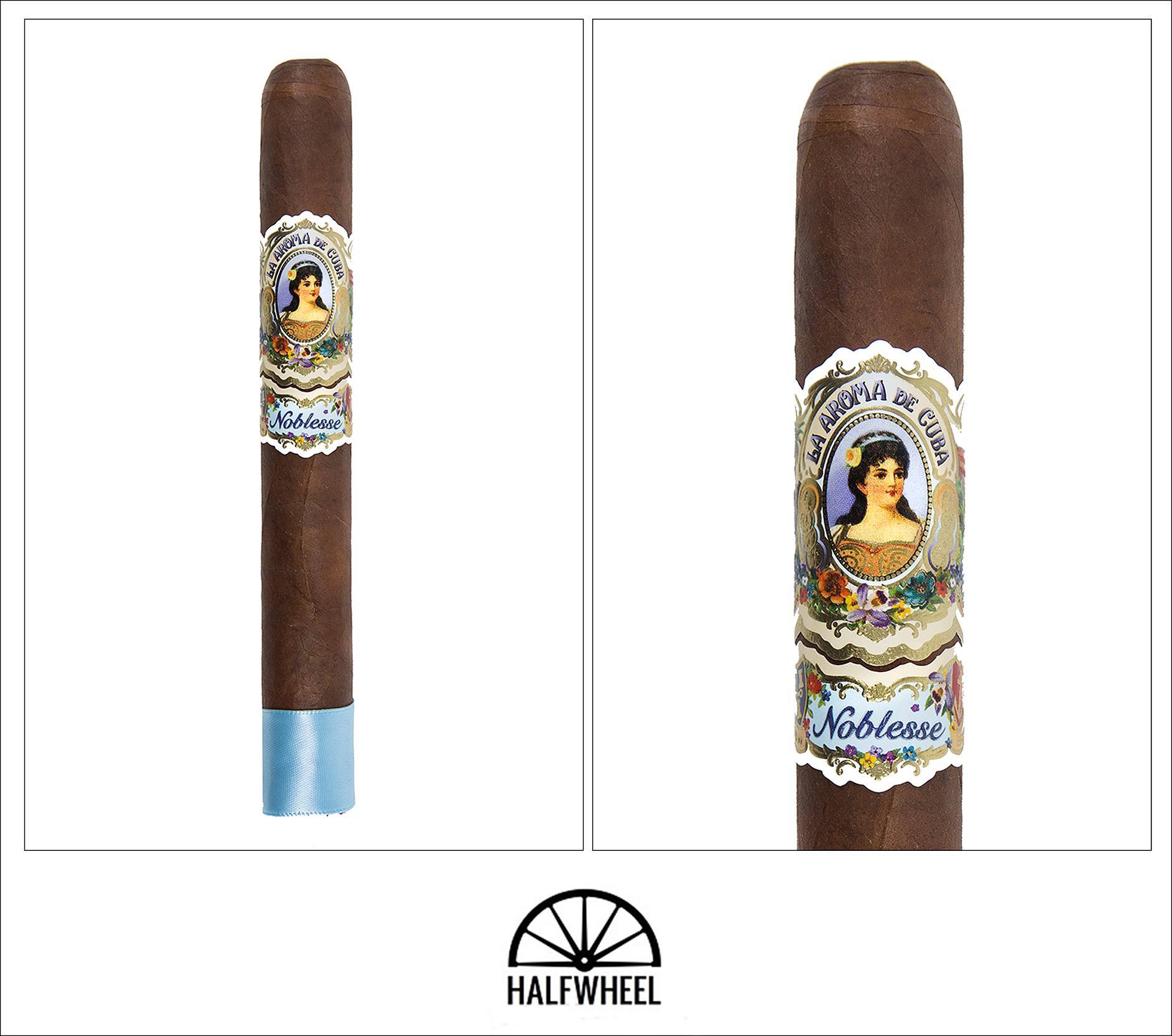 The La Aroma de Cuba Noblesse is covered in a medium brown wrapper that has some extremely prominent veins and some moderate tooth to it. The foot has a noticeable box-press and is moderately spongy when squeezed. Aroma from the wrapper is a combination of earth, leather, coffee and sweet nuts, while the cold draw brings flavors of nuts, cedar and peanut butter.

Starting off the first third of the La Aroma de Cuba Noblesse, flavors of oak and creamy peanuts are dominant, while leather, dark cocoa and slight barnyard notes are present in different amounts. I am tasting a really nice bread-like graham cracker sweetness that is relegated to the retrohale that seems to be getting stronger as the first third continues. In addition, there is some significant pepper through the nose and just a touch of spice on the tongue that sticks around for the entire first third. The burn is a bit wavy, but not bad enough to correct, and the draw is excellent, with just the right amount of resistance for me. Smoke production is about average, and while the overall strength ends the first third under the medium mark, it is still increasing. 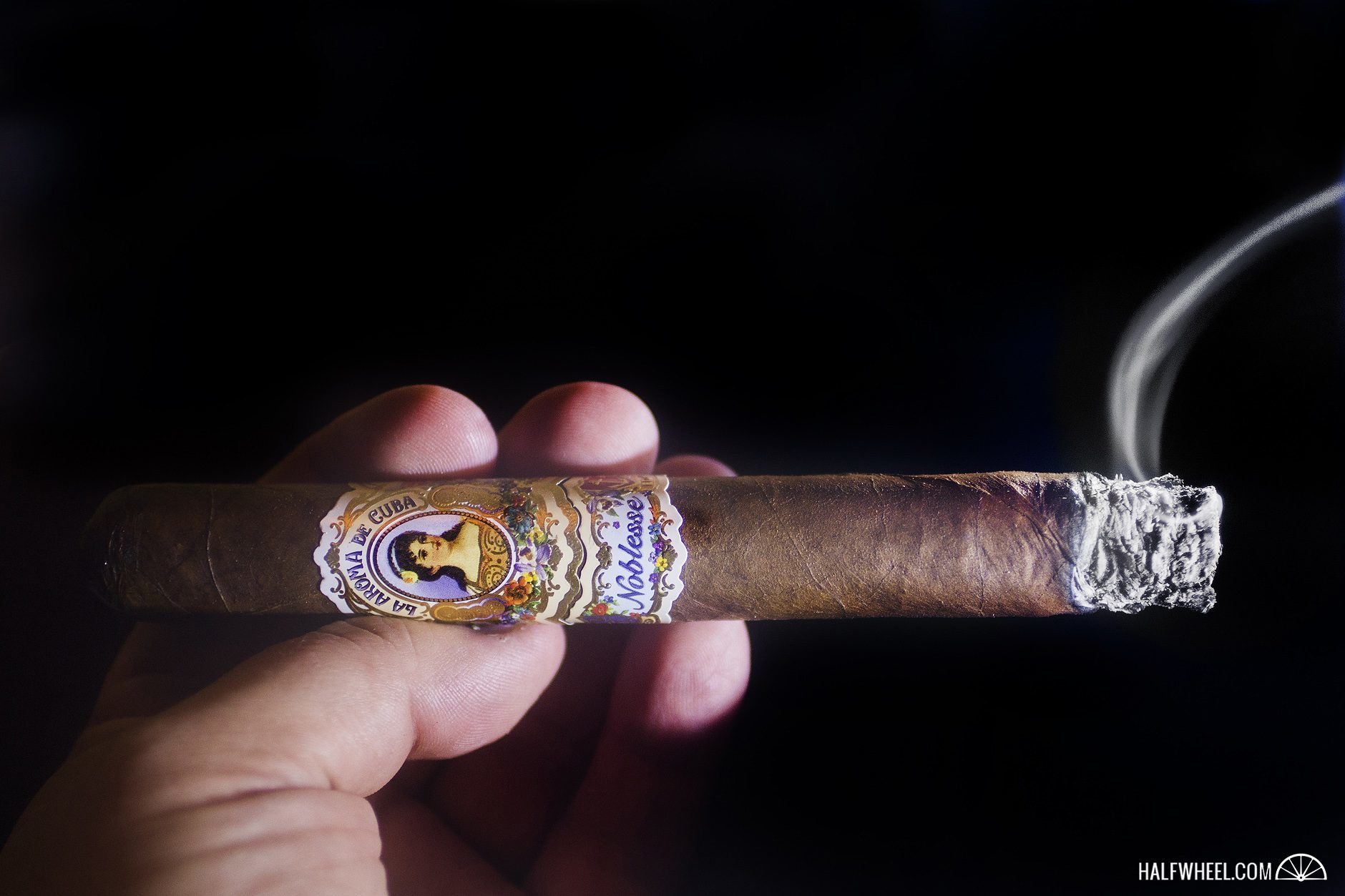 The sweetness in the Noblesse takes a major turn in the second third, morphing from the graham cracker note to a distinct vanilla bean sweetness that combines nicely with other flavors of creamy nuts, dark chocolate, slightly bitter espresso, leather, oak and earth. The smoke production has increased slightly, and while the spice on the tongue is long gone by the halfway point, the pepper on the retrohale is still going strong. Construction-wise, both the burn and draw continue along the same lines, with the burn still a bit wavy. The strength is still increasing, and hits a point just under the medium mark by the time the second third comes to an end. 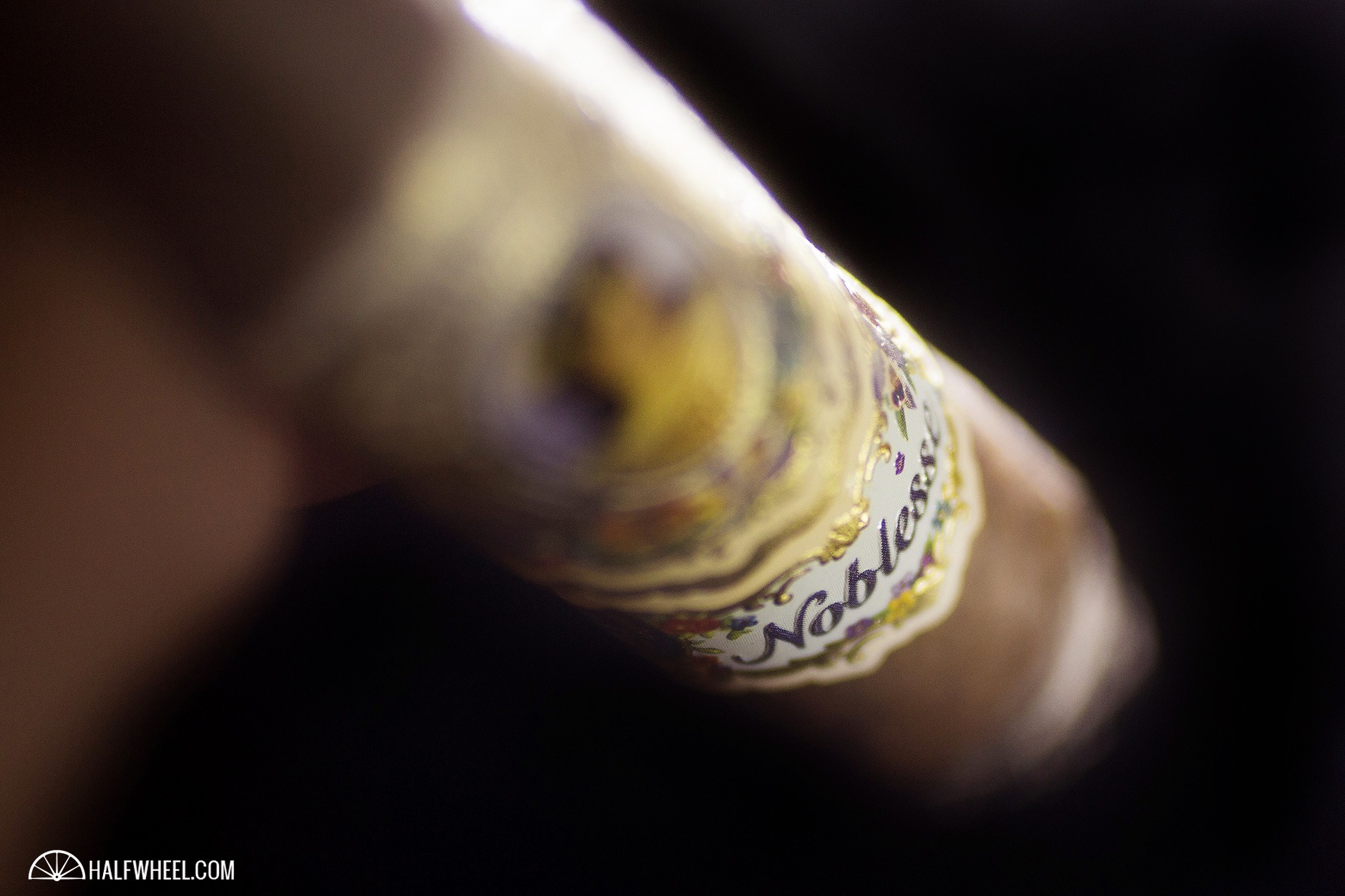 The final third of the Noblesse is an almost carbon copy of the second third with the same distinct vanilla bean sweetness combining with the dominant peanut butter creaminess, dark chocolate and coffee notes. Other flavors of coffee, earth, oak and leather flit in and out, and the smoke production stays consistent as well. Strength-wise, the La Aroma de Cuba limited edition finally punches through to a solid medium mark, but stalls out there. The burn has evened up nicely by this point, and the draw continues to be excellent until I put the cold to the touch nub down with about an inch left. 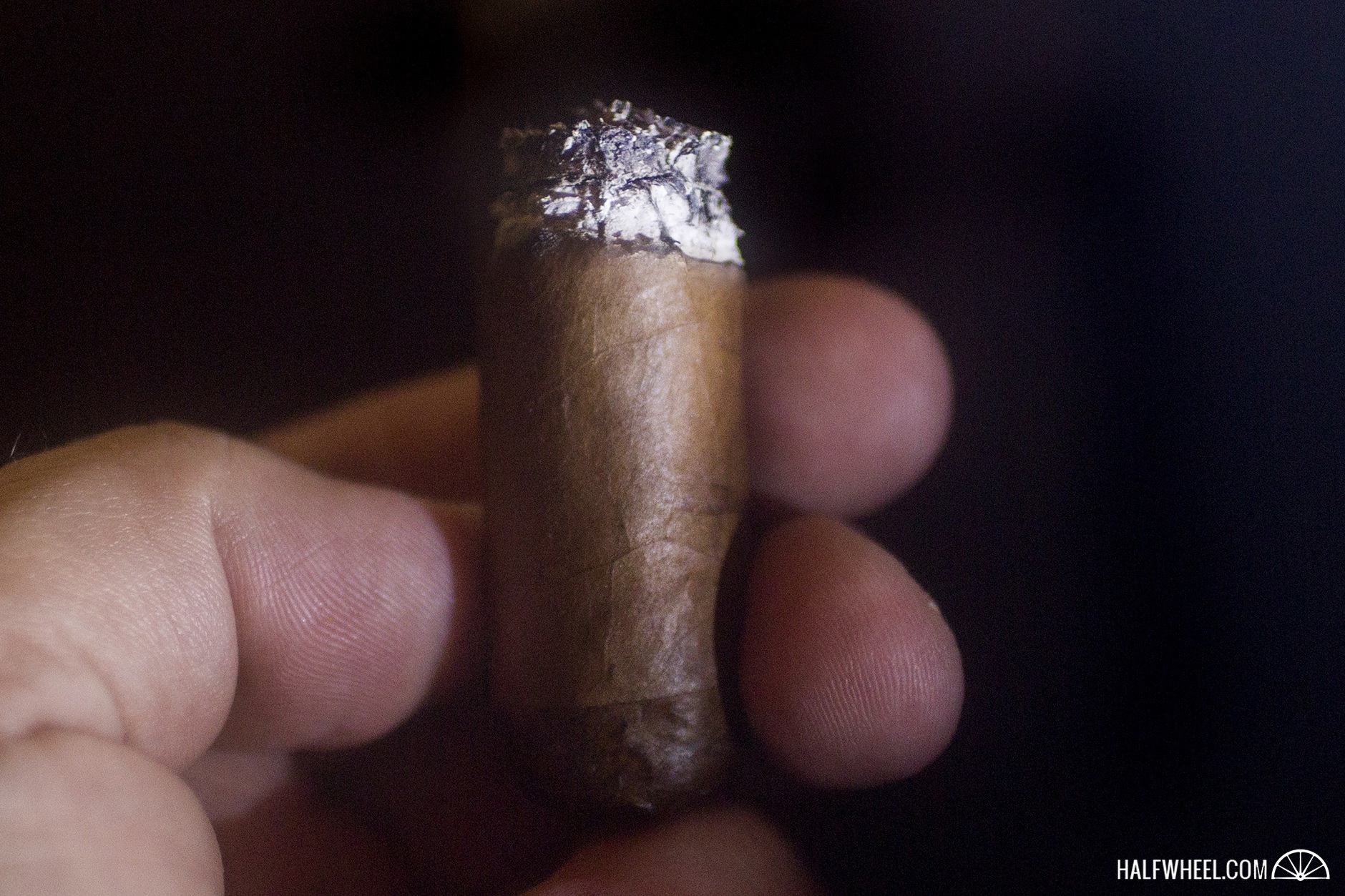 If I had to use one word to describe the Noblesse blend, the first thing that would come to my mind is smooth. The profile is very well-balanced, with an ever present but never overwhelming pepper kick on the retrohale and a touch of spice on the tongue. The combination of nutty creaminess, morphing sweetness and solid medium strength is quite nice, with no one flavor detracting from the rest. Yes, the price is a bit of a kick in the pants, but as a once in a while smoke, it performs extremely well.