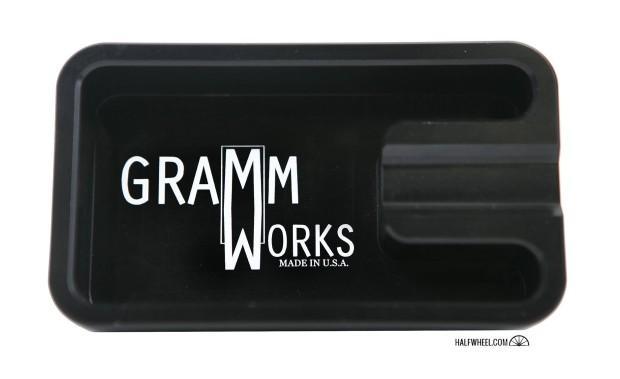 Back in May I reviewed the GRAMM Works Cinque Forte ashtray which had places for five cigars and a deep bowl for plenty of ash. Today I’ll be reviewing the companies other ashtray model, The STAG ($40.00), which is designed for just one cigar. 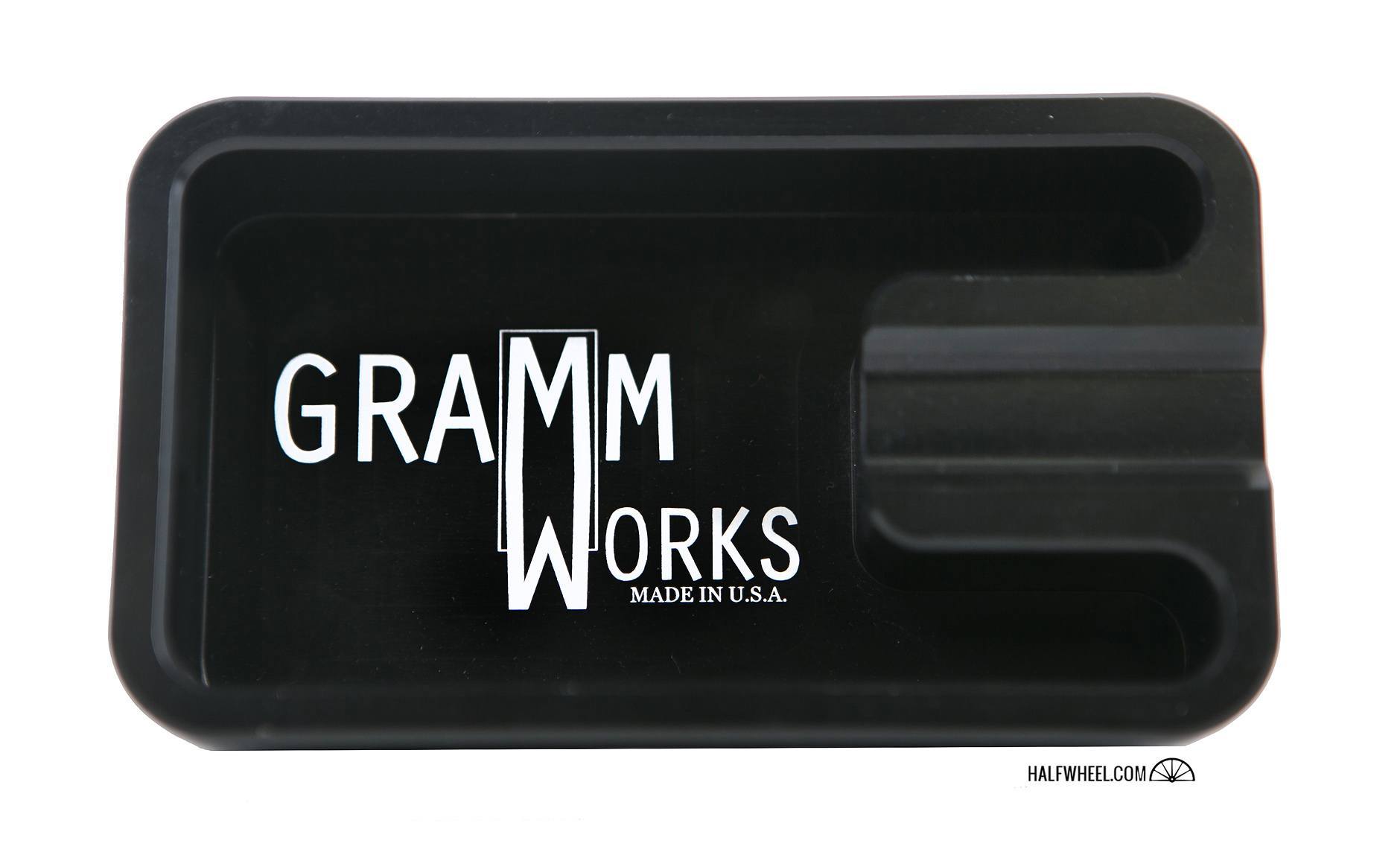 As I mentioned last time, the first thing you probably think of when it comes to ashtrays is something that is made out of ceramic, usually with a manufacturer’s logo on it and probably is a sizable piece. GRAMM Works decided to use aircraft grade aluminum blocks to machine their ashtrays out of, which ends up giving you a virtually indestructible cigar accessory compared to their ceramic or glass counterparts. The ashtray is then either anodized with a black, as is the model I’m reviewing here, a gun metal finish, or has just a naked aluminum polished to a high shine. The GRAMM Works logo is laser engraved on the inside of the ashtray’s bowl, though they do offer custom engraving of names or logos instead. 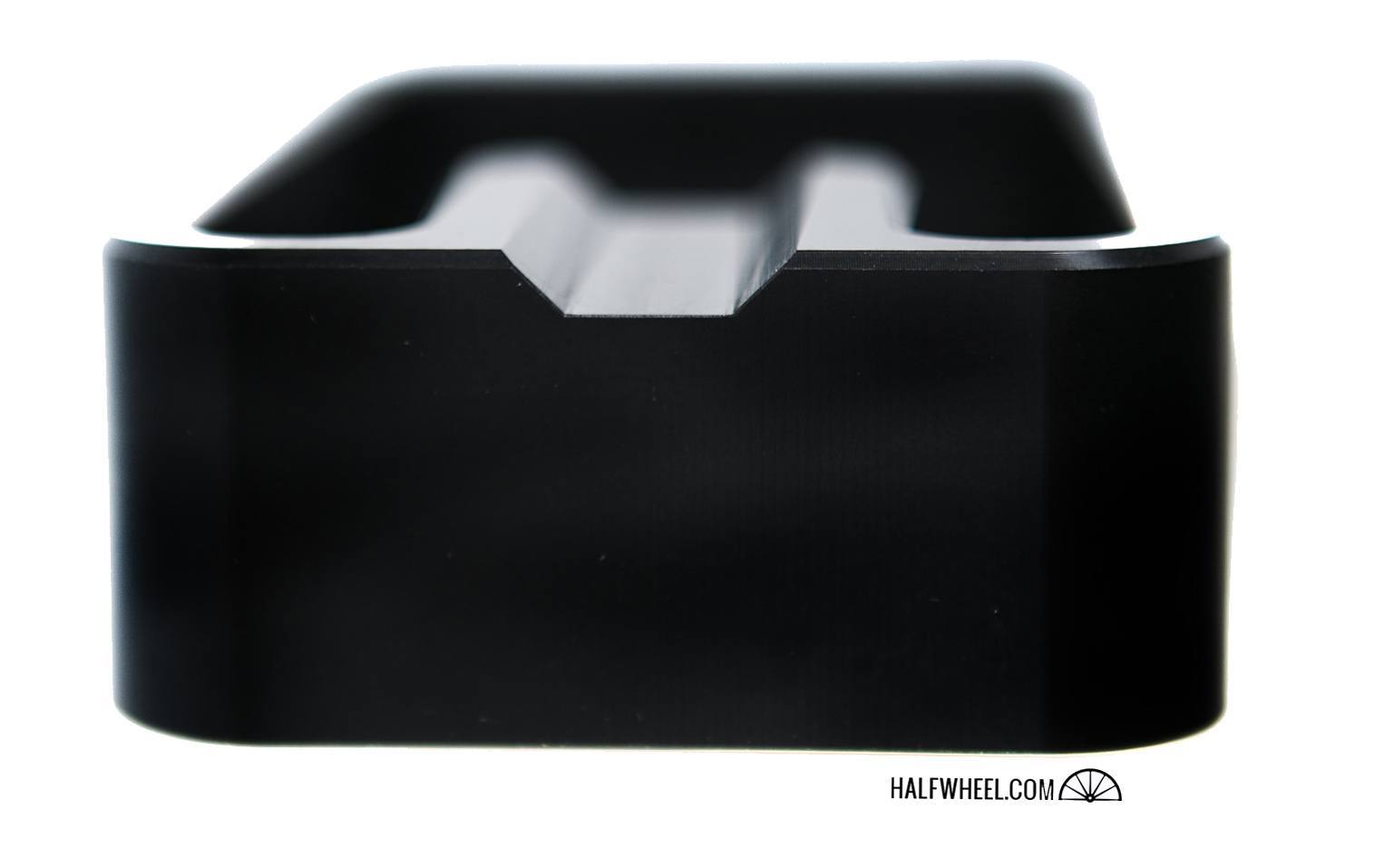 At 5” x 2 7/8″ x 1 1/4″ with a 1” deep bowl The STAG isn’t nearly as unwieldy or heavy as its three and a half pound five finger counterpart. As such, GRAMM Works seems to have thought it could get away without felt feet on the bottom. This is a big mistake in my opinion, as even the lighter ashtray still has managed to scratch the glass top of my coffee table.

Getting down to the main functionality of the ashtray, which is holding a cigar and it’s subsequent ash, The STAG performs quite well in that regards. Unlike the Cinque Forte, the groove is angled and lengthened as opposed to curved and fairly short. I’ve always preferred single finger ashtrays for this reason, as my cigar is less likely to lose it’s balance, falling one way or the other or getting blown out of the groove by a strong wind. Having said that, when it comes to cigars in the six to seven inch range, you’re forced to pull the cigar back to the very edge of balancing it so your ash doesn’t hit the end of the bowl. In these cases I usually find myself reaching for the Cinque Forte so I have a little more room to maneuver the cigar. 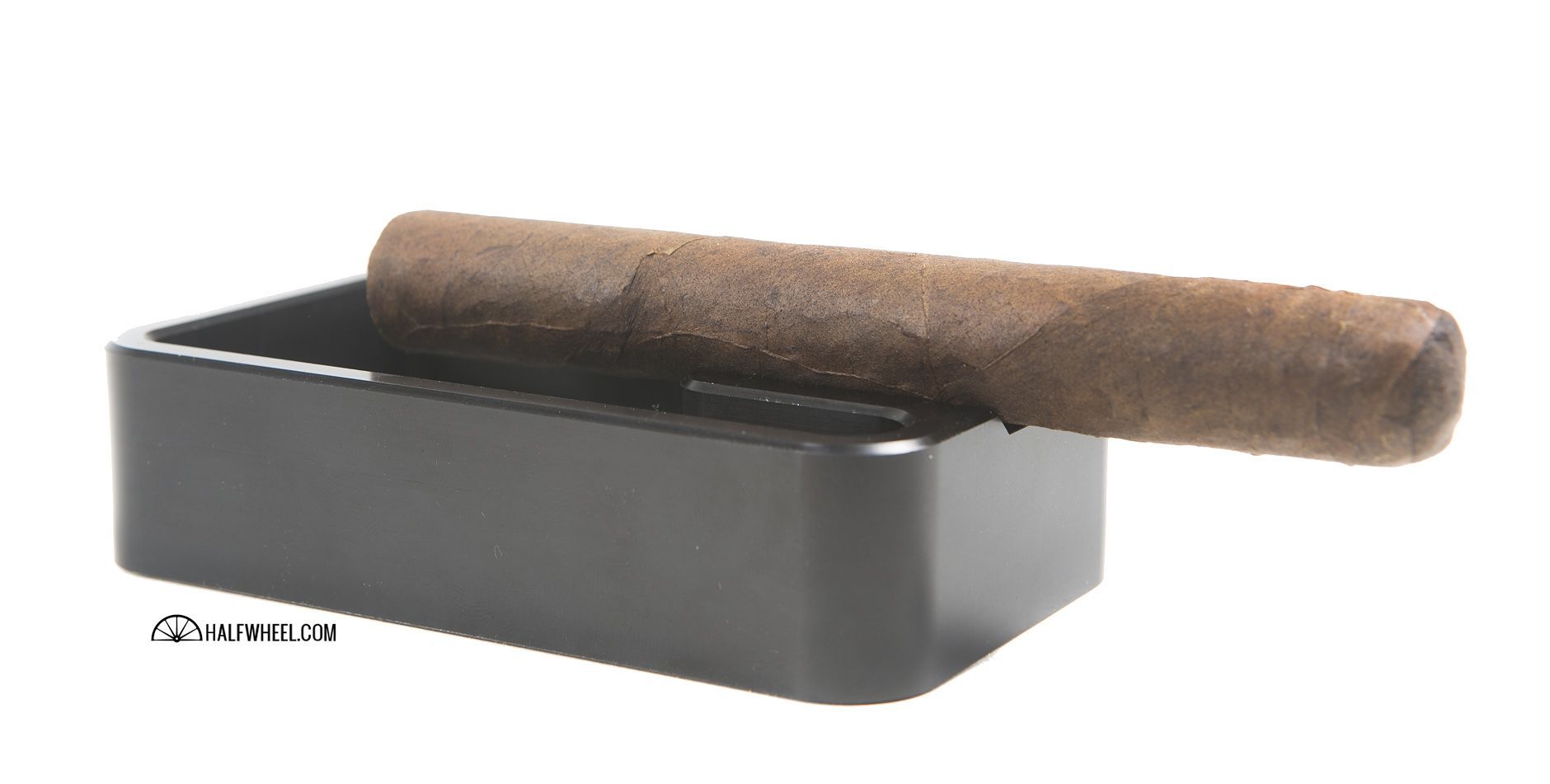 When it comes to holding ash, The STAG has plenty of room to begin with, though an average robusto or toro can almost fill up the bowl. This wouldn’t normally be an issue unless you’re sitting down for more than one cigar, then it can be slightly annoying having to empty the ashtray between each cigar – which really in the overall scheme of things is only a minor inconvenience. 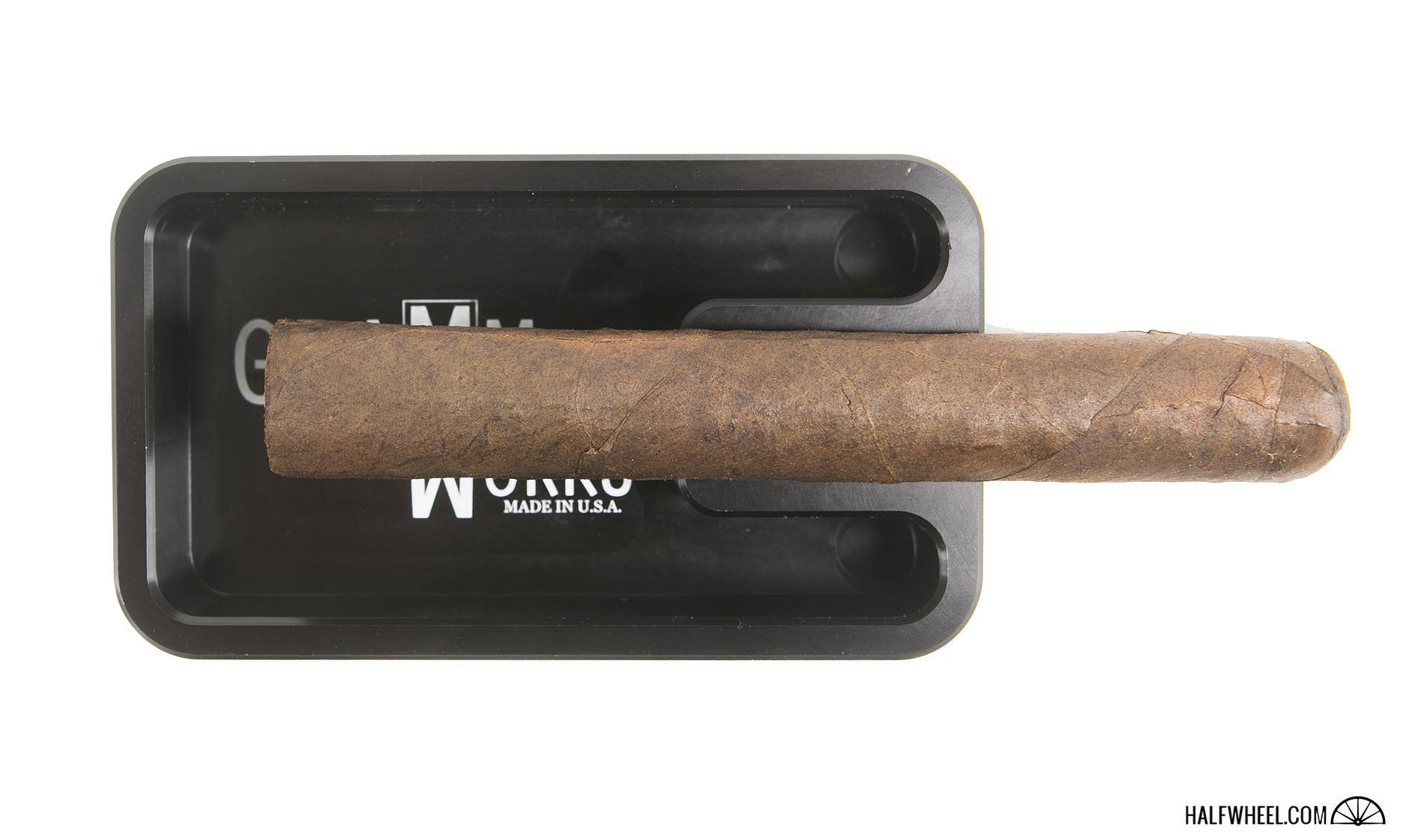 As I mentioned in the last review, the one other thing to make note of is the durability of these ashtrays. Having used the two GRAMM Works ashtrays for the last four months or so, they look almost brand new. Though I haven’t dropped it, the aluminium would hold up to any drop you would encounter in your day to day smoking activities. The anodized finish isn’t as durable, as a drop on concrete or hitting against something hard and rough would mar the surface, but normal use isn’t going to see any deterioration of the finish. 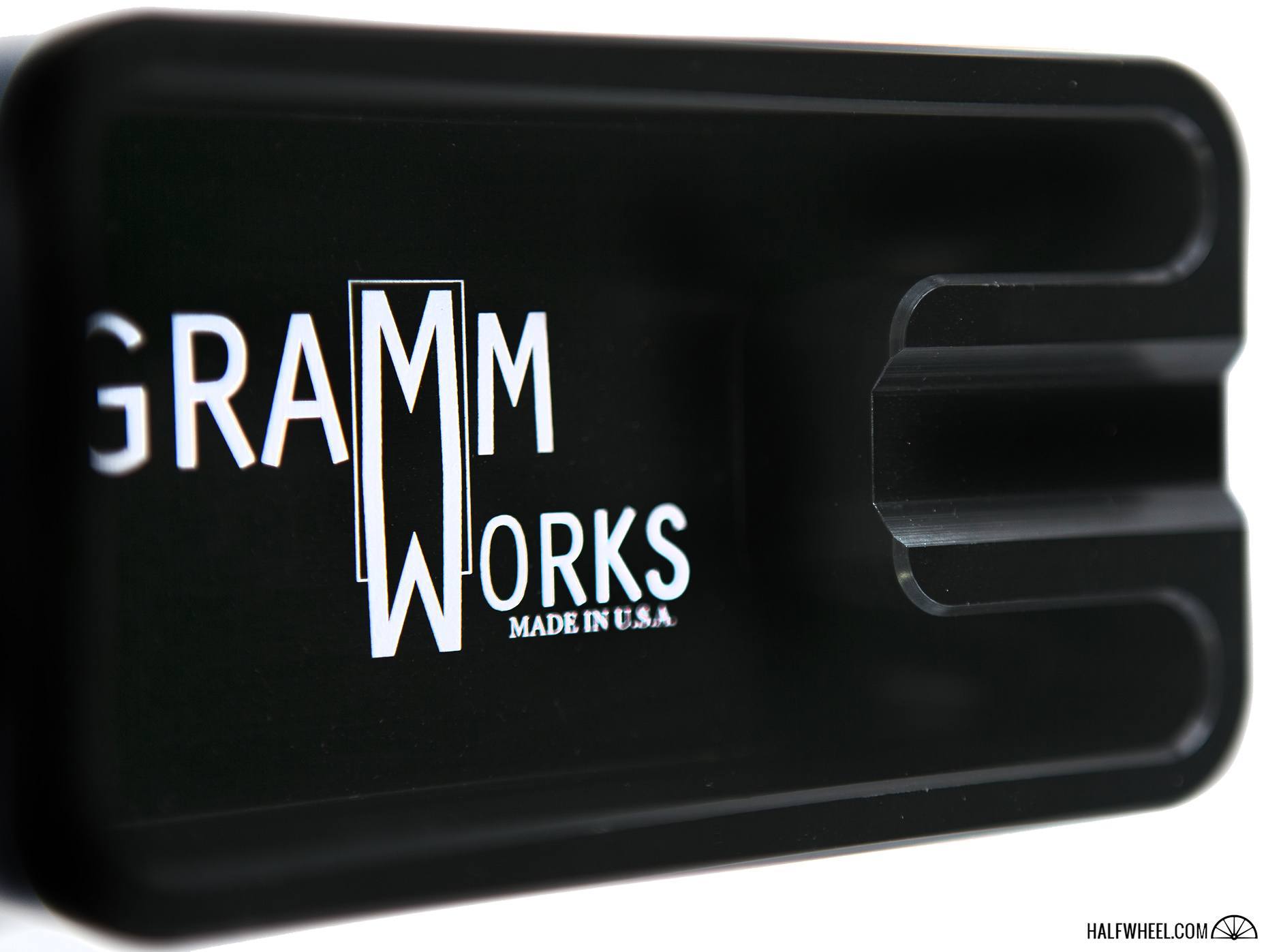 Though you’re not going to find yourself at a lack of selection when it comes to ashtrays, you might find yourself having trouble finding one that suits basic ashtray functionality, as odd as that might seem. The STAG is much more durable than your average ashtray, holds your cigar securely, has a good amount of room for ash and looks good while doing all of that. It might be a little on the higher end of the price range at $40 compared to cheaper ceramic ashtrays, but for that price I think what you’re getting is well worth the price.