Without question, the most secretive company in the cigar industry is Curivari. The company’s phone number routinely doesn’t work, sales reps have little contact with the company itself, retailers have emails regularly go unanswered and talking to media happens once a year: the IPCPR trade show and convention.

At this year’s rendition of the cigar industry’s largest gathering, the company showed off two new cigars: Reserva Limitada Café Noir and Achilles. Here’s what Patrick said when he stopped by the booth:

The Curivari Achilles is also a Nicaraguan puro that has strength but well-rounded flavors and pleasant lingering flavors,according to company president Andreas Throuvalas. It will be only be available four times per year – March, May, September and November, with the first shipment happening this September and offering around 10,000 sticks. Three sizes: Heroicos, 5 1/4 x 50 ($8.50); Gloriosos, 5 3/4 x 56 ($9.50) and Eternos, 6 1/4 x 52) $9.50.

And here’s the picture that Brooks shot: 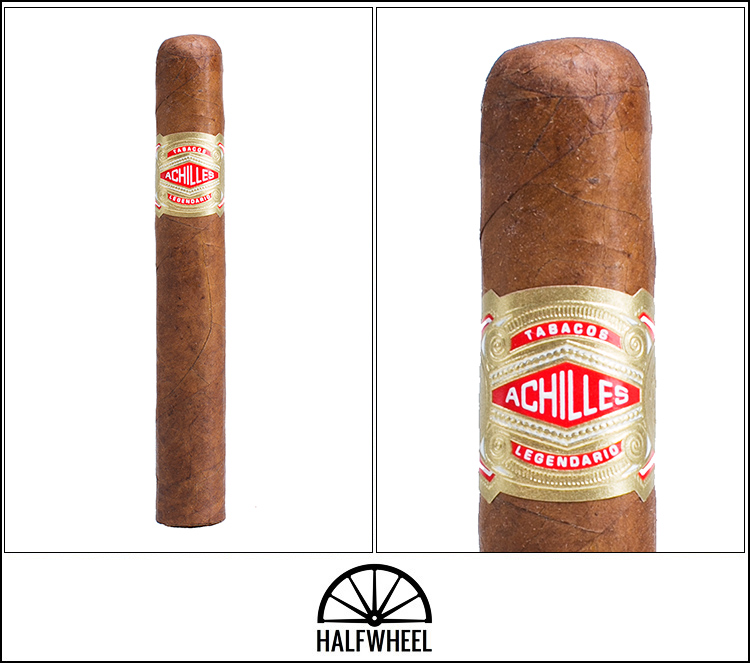 I really look the old-school band on the cigar, which is rolled as well as most of Curivari’s cigars. There’s a soft box-press on the slightly long Robusto, which I’m not sure was necessarily intentional. The cold draw provides leather, fruit, spices, coffee and some saltiness—a fairly eclectic menu, even for Curivari.

Unfortunately, the first third begins quite generic with a combination of cedar and pepper. It does shock me in that the Achilles starts stronger than any other Curivari I’ve had, but the flavor is hardly impressive. The flavor progresses a bit settling into a sweet mixture of cedar and herbs with muted caramel and touches of roasted nuts. The construction leaves a bit to be desired, I end up making a second cut to help smoke production and draw and keep a lighter hand as the burn is quite a bit off. 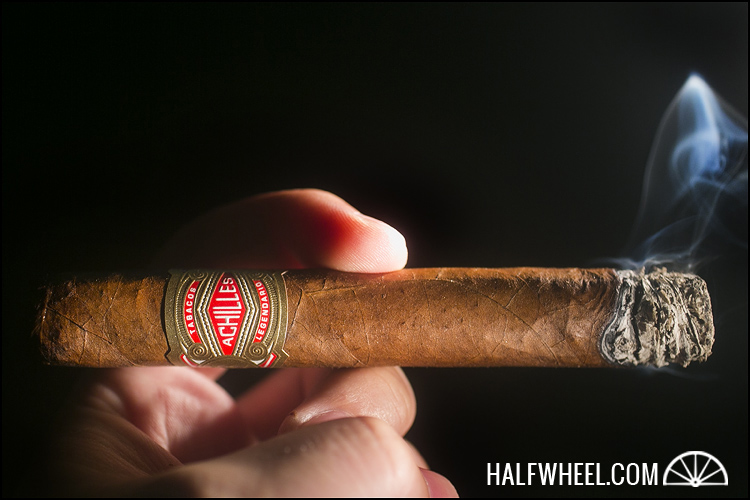 The Achilles gets worse before it gets better with the flavor becoming much more vegetal and harsh. There’s touches of a more-developed caramel and cinnamon through the nose, but the cigar has definitely lost some of its flavor and detail from the earlier third, which is concerning because this particular Curivari didn’t start out with an abundance of either. Strength is medium plus to medium-full, definitely a stop above from where I’d describe any other Curivari. The smoke production has gotten quite a bit better since the middle of the first third, but the burn still is not great. 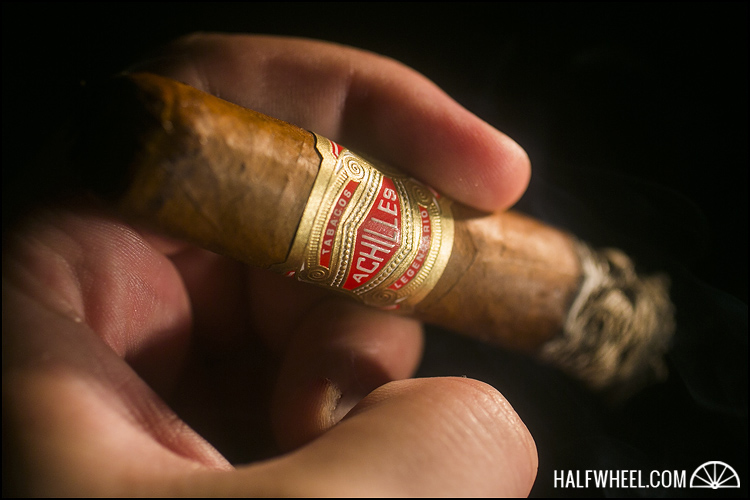 If there was a shining third, the final one would be it for the Achilles. There’s a roasted nuttiness that takes over the profile, making it much more palatable and decently enjoyable. It’s definitely not enough to help me get over my issues with the first two thirds, both mentally and given the state of my palate, but it’s a few steps in the right direction. The cigar doesn’t really burn hot, but after the two inch mark keeping it lit becomes a struggle, one that I don’t have a ton of patience for and eventually surrender to. 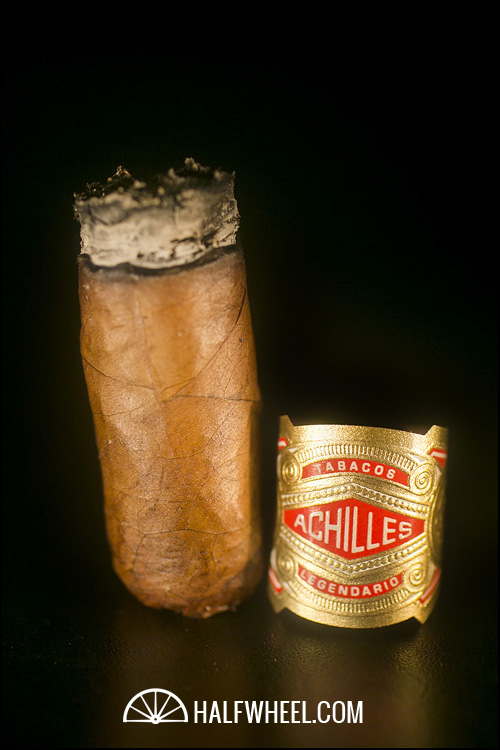 Two years ago, it seemed Curivari could do no wrong. The company was putting out cigars that were as different as they were good, but three cycles of new releases have done nothing to impress me. I think the additions to the portfolio have not been as good as the company's original series of cigars and Achilles is one of the two worst examples. No, I don't think time will help this get much better, this just wasn't an overly impressive experience. There are a lot better cigars on the market, including many from Curivari. Move over Selección Privada, this is my least favorite Curivari. Give me an El Gran Rey and let's call it a day.