Started by the Fuente and Newman families in 1996, the Cigar Family website was originally envisioned as a place for cigar lovers to congregate on the fairly new (at the time) internet. It eventually morphed into not only a huge forum filled with members discussing cigars, but it also became the launching board for a semi-annual event named the Cigar Family Celebration, which has been held in the Dominican Republic, Florida and New Orleans to benefit the Cigar Family Charitable Foundation.

The CigarFamily.com website explains the idea behind the name:

To celebrate their rich history and love for cigars, the Fuente and Newman families founded Cigar Family in 1996.

Cigar Family was conceived as a way to share our family stories and interact with the cigar lovers who enjoy our Fuente and Newman cigars, something that was not possible before, the Internet.

In two words, the name “Cigar Family” perfectly captures the essence of our movement – a group of cigar experts who are passionate and knowledgeable, and who enjoy the camaraderie that fine cigars provide. Cigars have an amazing way of uniting adults of all ages and backgrounds through the shared bond of enjoying a handcrafted roll of tobacco.Friendship, camaraderie, and giving back is what Cigar Family is all about.

When CigarFamily.com was launched on December 31, 1996, the Cigar Lounge Online Forum had no login or registration system, like almost every other online bulletin board system. Instead, visitors typed their online name in every post they made. In March 1998, we added a Members Directory and invited our visitors to join the Cigar Family by registering. A system enabling members to login to the Cigar Lounge was added for our second anniversary in January 1999. Amazingly, 163 Cigar Family members who registered in 1998 are still active and posting a decade later in 2008. The Fuente and Newman families wish to recognize, congratulate, and thank the following 163 people as Founding Members of CigarFamily.com:
A decade after they joined the Cigar Family, we are thrilled and honored that these members are still an active part of our online community. In appreciation for their loyalty and support, we are creating a small, special package of cigars to honor these Founding Members of CigarFamily.com. In Spring 2009, we expect to e-mail these 163 members with more details. Please join me in congratulating these Founding Members of CigarFamily.com!
Thanks, Drew

However, while the announcement about the cigars was made at the end of 2008, an email telling people the cigars were shipping was not sent out until December 26, 2009 and the cigars themselves did not actually ship to recipients until the end of February 2010. It’s all a bit bland appearance-wise. There’s a smooth, yet unremarkable brown wrapper underneath a rather monotonous band. When squeezed, there’s an appropriate amount of give. Aroma from the oilless wrapper is virtually non-existent and I have a hard time identifying anything specific at all other than a very faint generic wood scent mingled with a slight sweetness, even from the foot.

The first third of the Cigar Family 163 starts out immediately with generic flavors of wood and earth, along with the slightest amount of leather. There is a bitterness on the palate that is both pervasive and persistent, muddying the profile for the first 15 puffs or so before starting to thankfully fade into the background. While the profile is creamy overall, the only other flavor I pick up in the first third is a dry tobacco note that does little to make me forget the bitterness. The burn and draw are both fine — albeit not stellar — and smoke production is above average overall. Strength-wise, the Fuente product struggles to make it out of the mild range, and ultimately fails by the end of the first third. Unfortunately, there is not much change in the profile of the Cigar Family 163 in the second third, although the bitterness from the first third is long gone by the halfway point. The creamy tobacco note is still the strongest and pretty much only flavor I am tasting, even on the retrohale. There is no spice, no pepper and still no obvious strength present at any point so far, and while the burn and draw remain decent enough, that is not enough to stop me from growing bored by the end of the second third. 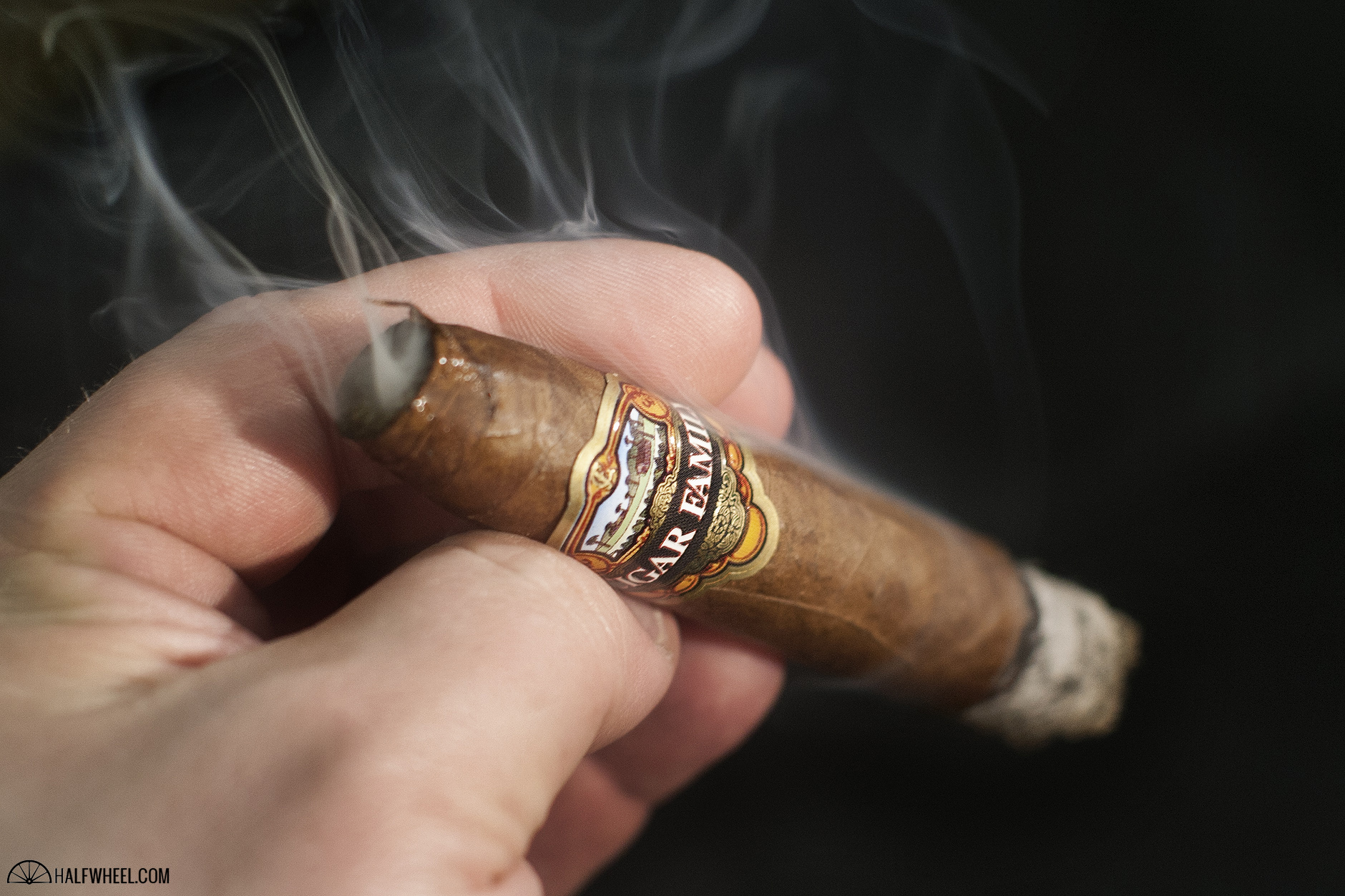 The final third of the Cigar Family 163 is a carbon copy of the second third, with a creamy tobacco flavor dominating everything else in the profile, and no spice, pepper or nuance at all. The overall strength does finally show a bit of life, but only enough to barely get out of the mild range into a very mildish medium range. Construction-wise, the burn and draw continue to be problem-free and the smoke production actually picks up a bit overall before I put the cigar down with a little less than an inch left. 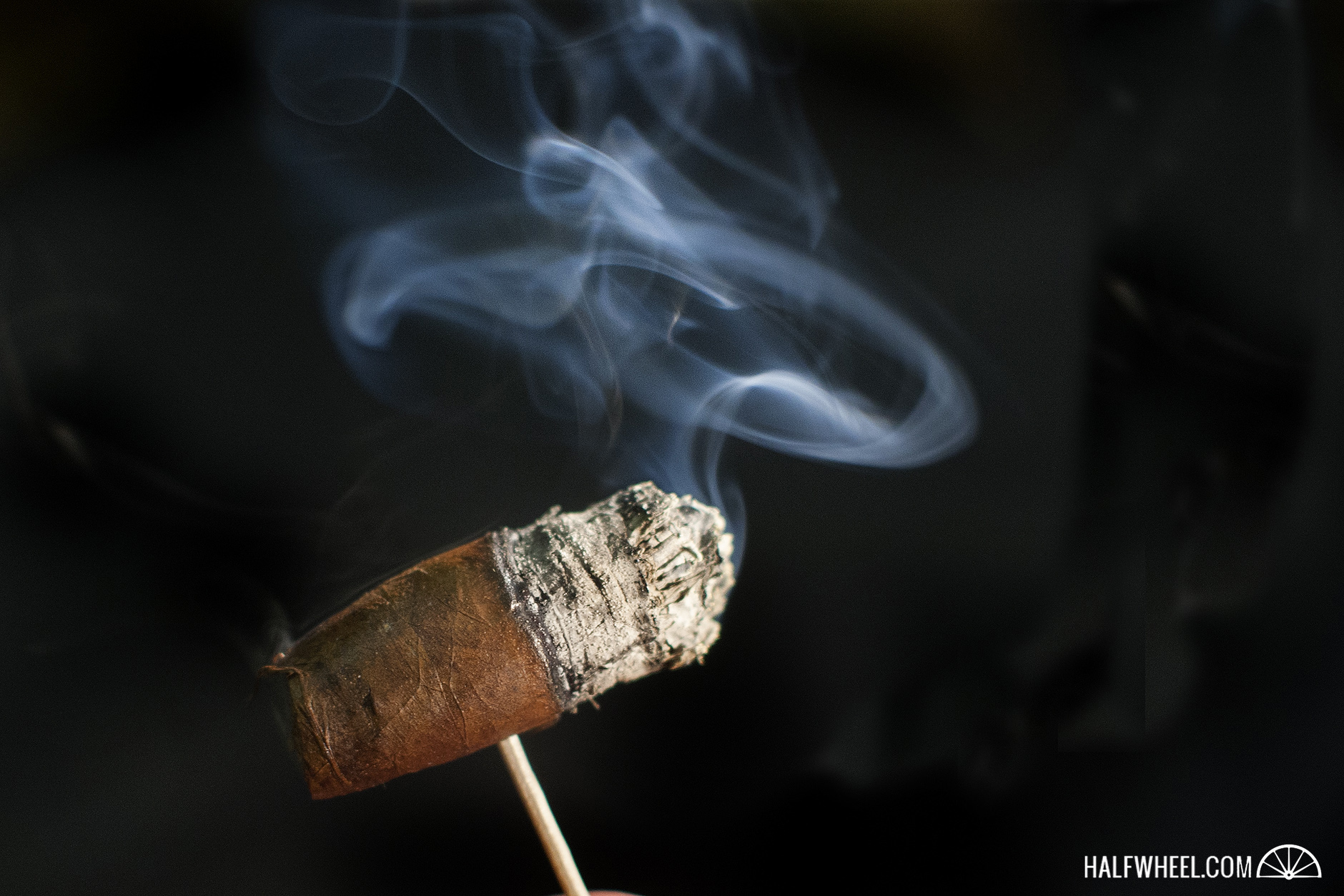 When my notes on a cigar include the words “generic," "bitter" and "bland" multiple times each, it is just not a very good sign. While it would be easy to dismiss the Cigar Family 163 as just not a very good cigar out of hand, there is nothing inherently wrong with the profile that is present.  The actual problem with this release is the extreme mildness combined with a distracting lack of flavor or nuance. Other than the overwhelming bitterness in the first third, the main — and more often than not, the only — flavor I noticed was a bland and slightly creamy tobacco note. A really wonderful idea to honor the original members of the forum with their own cigar and custom boxes, but the blend itself falls far short of the vast majority of Fuente releases.