For the fourth year in a row Alec Bradley has shipped the Fine & Rare, this time with a new blend. Originally released in 2011, Fine & Rare came in three sizes, limited to 1,111 boxes and released on 11/11/11. It returned in 2012 with a new blend, though it was the same size as one of the previous year’s releases. The following year saw a revisit to the 2011 blend, however this time it was only released in one of the original sizes. This year’s release is not only a new blend, again using 10 different tobaccos, but a new size as well. 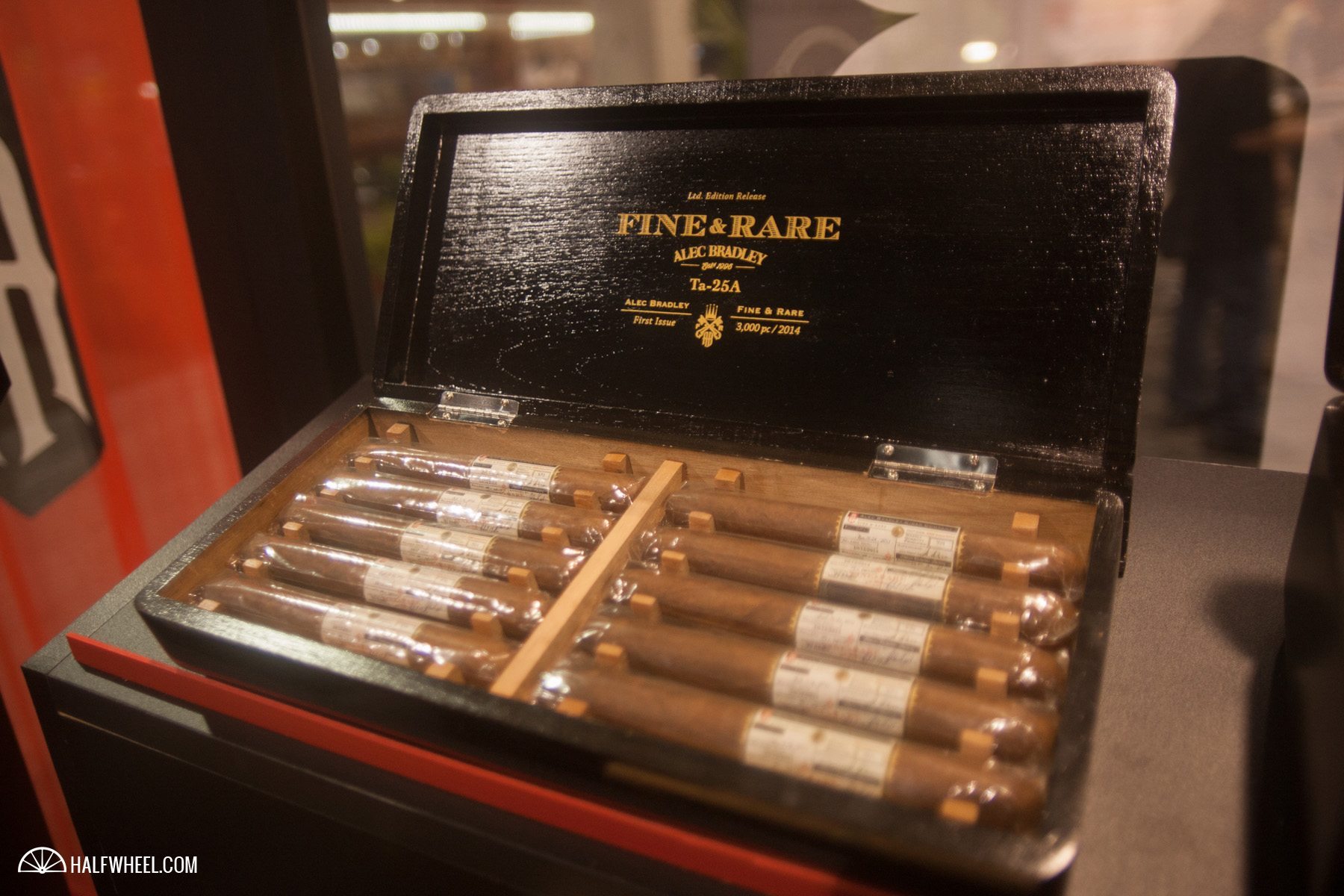 As with previous years, the band continues its trend of being one of the most informative bands on the market, though ironically even with all the information it isn’t the largest by far. On the band we have all the pertinent information about the cigar listed: This will mark the sixth cigar of the release, and also the largest to date. In addition to the regular 10-count boxes, there are an additional 250 boxes being released with 10 cigars as well as 10 puritos which feature each type of tobacco used so you can taste each one separately. While the band is quite sizeable, it works on this size of cigar. The medium brown wrapper is fairly consistent as far as the color goes. There is a slightly rough feel to the wrapper, and while there is a bit of oily feel to it, I would say it’s closer to the dry side of things. A mild barnyard aroma comes off the wrapper with a touch of dried fruits and just a bit of leather. The cold draw is creamy – almost to the point of having a milk note – along with cinnamon, vanilla and yeasty bread.

The first third starts out with some pepper on the nose, roasted peppers and a little creamy sweetness. The draw is good, producing plenty of smoke. Even starting out the burn isn’t that great, needing a touch up only a quarter of an inch in. The roasted pepper and sweet nutty profile starts getting slightly sour, not completely masking the other flavors but not very pleasant either. The burn problems continue and need touched up often, and while the ash is flakey, it holds on to around an inch. The second third continues with the roasted peppers and a bit of spice, while that sour bitterness still hangs on in the background. The burn continues to be completely off, needing frequent touch ups and even a relight. At the halfway point I’m really frustrated with the cigar, because the roasted peppers, spice and touch of sweetness could make for a fantastic cigar. The bitterness and burn issues continue to plague it however, making it unpleasant for the most part. Moving into the final third there isn’t much difference. The harshness persists, taking the forefront of the profile and religating the peppers and spice to the background. Even immediately after another relight the burn continues to go awry, forcing me to touch it up yet again. The final inch sees no change, which is enough for me, so I end it there. While the packaging, interesting wrapper and use of many different tobaccos might lend the Rare part to the name, unfortunately the rest of the cigar makes up the Fine part. The profile had a lot of potential, with some great flavors that struggled to stay afloat. The sour harshness and major burn issues overshadowed any good parts the Fine & Rare had to offer however. Normally I would suggest you pick one or two up to try for yourself, regardless of what my experience was, though clocking in at almost $20 for a single cigar I don’t know if I can even do that. For me this year’s release just didn’t seem to work, but the potential is still there and I’ll look forward to trying it again next year.