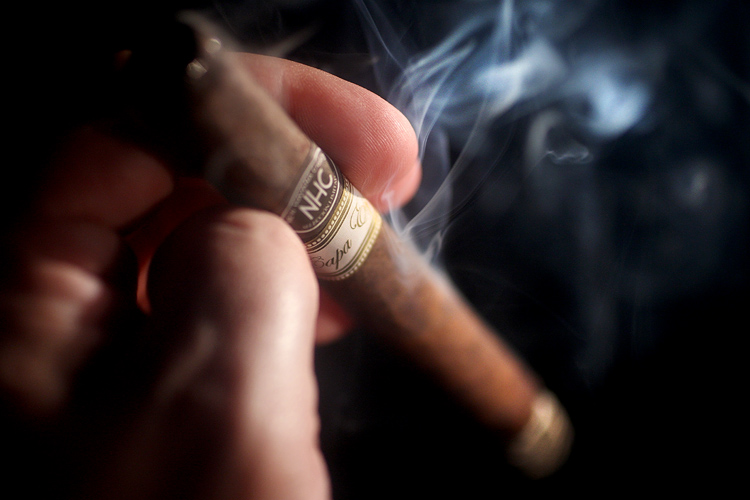 Almost one year ago, I wrote a review about the almost unknown Tatuaje NHC Capa Especial,  a then yet-to-be-released version of the popular single store blend sold by Dan Welsh over at New Havana Cigars with a Sumatra wrapper. In fact, I loved it so much, it made my the final Top Ten list for SmokingStogie. The original release was only 70 boxes of 20 cigars, and they sold out within hours of being put online.

Here is what I said about the NHC Capa Especial in the original review in July of 2011:

This cigar surprised me quite a bit, especially since I really was not overly impressed with the 7th Capa Especial, despite the fact that the blend and the wrapper are basically the same between the two sticks. I love just about everything about it, from the vitola, to the construction, to the rich flavor profile and the strength. Incredibly complex, with flavors changing from third to third, and a wonderful woodish spice and sweetish floral notes that ebb and flow throughout the smoke. This is the complete package, a cigar flavor bomb that will most likely fly way under the radar for 99 percent of the smokers out there. The major problem is the number produced as 1,400 cigars is almost nothing when it comes to a blend like this. However, if you can get a hold of one or more, you will be rewarded with one of the best cigars of the year.

Like the last time I reviewed it, the NHC Capa Especial is a great looking cigar, with a dark brown wrapper that is mottled in places, but with almost no oil present. It has a sharp box press, and feels a little light for the size of the cigar when held in the hand. The wrapper is dry to the touch, and smells very strongly of barnyard, chocolate and leather.

The NHC starts off strong, with flavors of oak, leather, sweet coffee and black pepper, interspersed with the perfect amount of spice on the tongue. Other flavors of chocolate, toffee and nuts come and go throughout the cigar, adding complexity, but never strong enough to be major players. The sweet floral note that I noted in the original review did not actually show up until around the final third, but once it did, it was quite strong, and stuck around until the end of the cigar. Construction is awesome, and the strength ended at a solid medium. Construction-wise, the draw is excellent for the entire smoke, with the perfect amount of resistance, and the burn is perfect as well. Smoke production is copious, white and billowy with a sweet woodish scent. The ash is well formed, but does not stay on the cigar for more than about three quarters of an inch before falling.

I bought quite a few of these when they were released, thinking that they would age well, and with nearly a year's worth of age — I am not wrong. Just as complex, smooth and balanced, with the same flavors that I loved so much the first time around. Having said that, there are some differences from a year ago. Most notably, the sweet floral note took a little longer to show up in the profile, and the spice seemed to be a bit reduced overall. However, those are minor issues that in no way lessened the enjoyment of the cigar. I am glad I have a few more of these left to continue to age. Also, in case you are not aware, there was a rerelease of the NHC Selección Limitada Capa Especial limited to 200 boxes of 20 cigars and as of now is still in stock. I have smoked some of the new version and I am happy to report that they are just as good as I remember the original release sticks being when they were released. I have purchased some of the new ones as well, so I can compare the two over time.