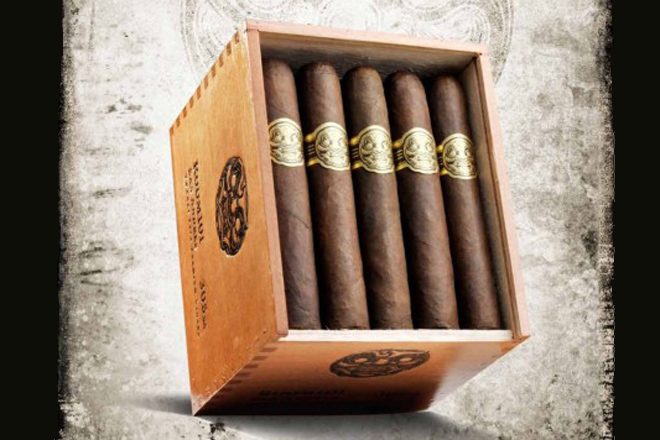 April 11, 2012 — As a follow-up to the highly rated OSOK limited edition, Room101 & Camacho are proud to announce the newest member of the 101 core line, Room101 San Andres. This latest installment is wrapped in a natural San Andres wrapper, which is grown by the Turrent family in Mexico. Medium in strength, this new blend is a departure from the taste profile normally associated with the existing Room101 lines. Moving away from the use of Dominican fillers, we focused on using some of the best raw material that the El Corojo farms had to offer. Ultimately, our choices narrowed and we decided on using Corojo and Criollo for the guts of the blend. The end result was more than we bargained for and as a result, an incredibly complex and diverse new addition was born.