May 23, 2014 (Miami, Fla.) – Moya Ruiz Cigars is proud to announce that the highly anticipated La Jugada Nunchuck will debut in July at the 2014 IPCPR in Las Vegas, Nevada. Coming off last year’s successful debut of the medium-bodied Habano, Moya Ruiz plans on adding a limited edition full-bodied Nicaraguan puro to their arsenal. Wrapped with a dark Habano Oscuro wrapper, the La Jugada Nunchuck will feature bold Nicaraguan binder and filler tobaccos. 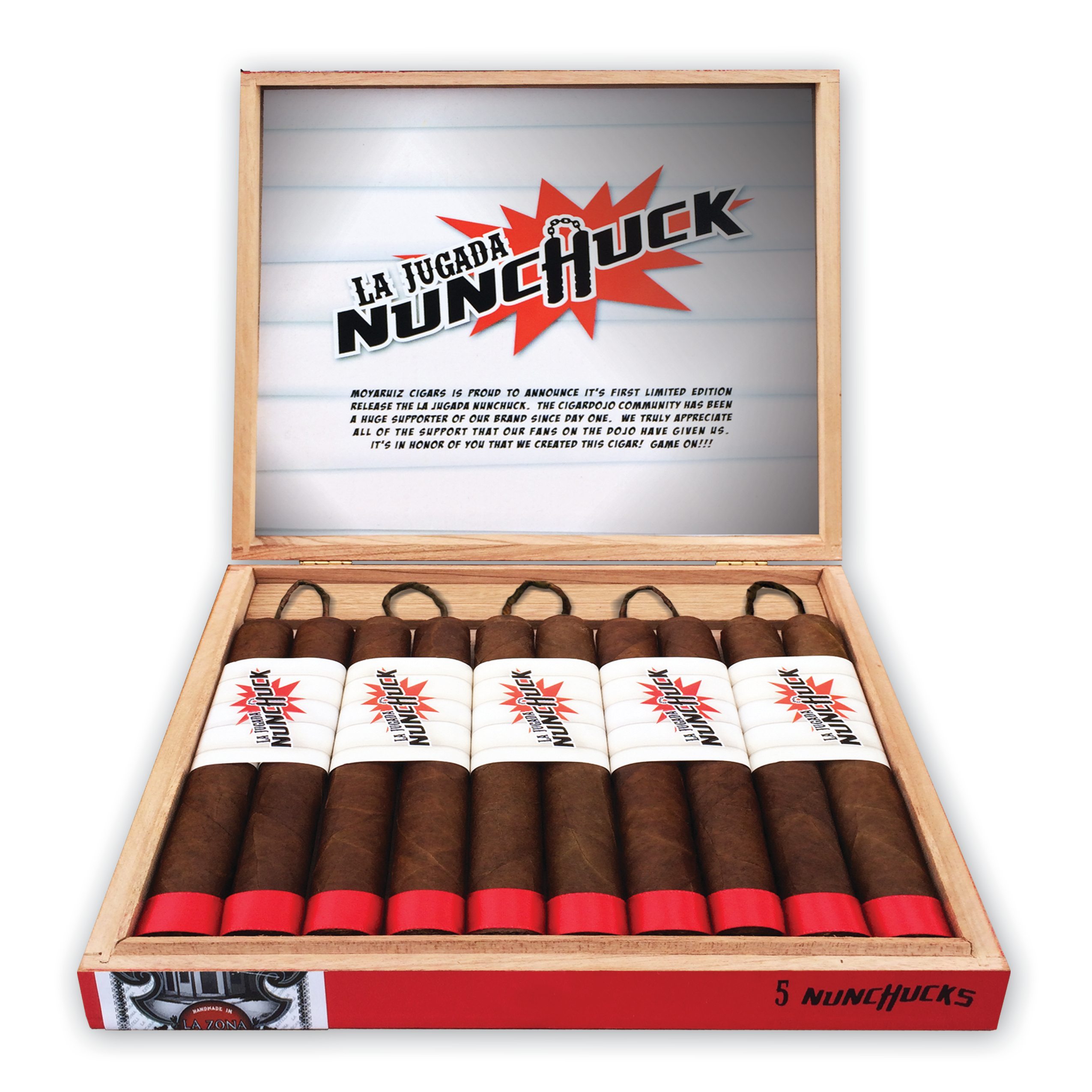 The La Jugada Nunchuck is designed to resemble a pair of nunchucks. Two cigars are connected the head of the cigar and will be sold as a pair, something completely unique to the cigar industry. The design of the cigar was conceived by Danny Moya & Nelson Ruiz after being inspired by the martial arts theme of the Cigar Dojo social media app.

“Our company was coming up to its one year anniversary so we wanted to create something special, something unique. We made this limited edition cigar (1000 boxes) in dedication to the members of the Cigar Dojo. This social media community has supported us from day one, and is one of the key reasons for our company’s success.” Stated Danny Moya. The La Jugada Nunchuck is produced at Erik Espinosa’s La Zona factory in Esteli, Nicaragua. The cigars come in one size (7×54) and will be offered in boxes of 10 (5 Nunchucks). They will retail for $23.50 per Nunchuck or $117.50 per box.

Pre-release parties in the Northeast and Southeast are in the works for June 2014.