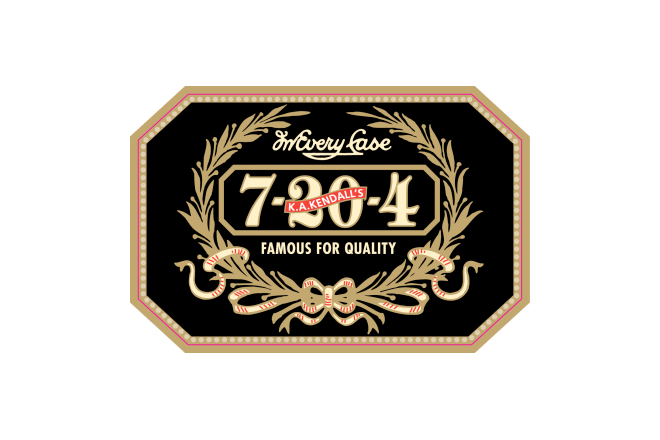 February 1, 2013 (Londonderry, N.H.) — Kurt A. Kendall, founder of today’s 7-20-4 Cigars, has once again explored cigar history, reintroducing a second dusty brand … “Hustler” … a trademark that hails back to the late Nineteenth Century. It follows the company’s introductions of the 7-20-4 and 1874 boutique lines.

In 2009, Kendall breathed new life into the venerable “7-20-4″ brand name, acquiring the trademark for the original 7-20-4 line. It was named after the 1874-founded manufacturer in Manchester, New Hampshire. The company became the world’s largest cigar producer, until the 1962 Embargo killed its supply of Cuban tobacco.

“Hustler has a misty history,” reports Kendall, “which I’m still researching. The brand dates back to a New York State birth in 1892. I selected its original box art, because it almost leaps off the shelf. It shows a dandy in full stride, toting a carpet bag and briefcase, with newspaper and ‘bumbershoot’ under each arm. The jaunty angle of the cigar in his grin says this guy’s a hustler, in more ways than one.” 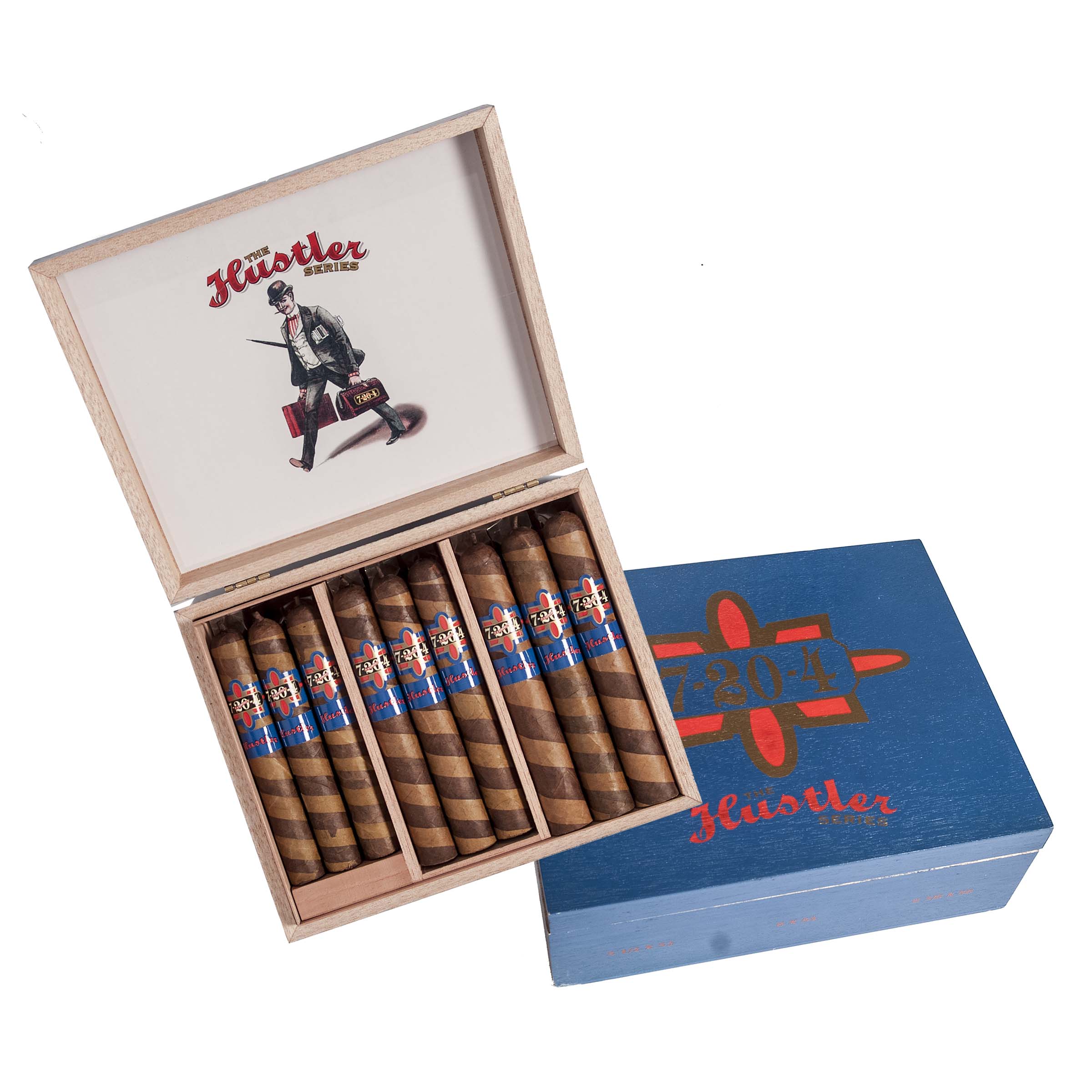 Hustler, entirely separate from Kendall’s benchmark 7-20-4 line, is triple-capped for durability of their heads, and entubado-bunched, yielding a company-touted “vertical integrity” that ensures smooth draws and uniform burns. They are made by Tabacos de Oriente in Danli, Honduras. The tobaccos carry five years of aging, with the cigars resting another six months. Kendall first released the line in November, and they are carried at retailers nationwide … see the “Find Our Cigars” page on the company site (www.7-20-4.com) for local 7-20-4 tobacconists.

The cigars themselves boast an eye-catching twist … literally. They are spirally-wrapped in a two-tone, barber-pole wrapper, with a dark and brawny Brazilian Mata Fina leaf and a contrasting tawny, Ecuadorian-grown Connecticut Shade leaf. The heads are finished in a traditional Cuban-style pigtail. The Jamastran and Jalapa filler is held in a Costa Rican binder. Hustler contains no relatively flavorless ligero, relying instead on the other tobaccos in the blends to gain its power. Hustler is a medium-bodied smoke, with the spiral wrapper providing a visual emphasis to what Kendall calls it’s “swirl of complex flavors and aroma.”

Hustler’s first production run was shipped in November, and is sold out at press time … coinciding with the April shipment date of the cigar’s second release.