August 31, 2012 (Miami, FL) — In 1997, Fernando León of La Aurora Cigars traveled to New York City with Nestor Miranda from Miami Cigar & Company. This was the first time the head of La Aurora traveled to the United States for a cigar event. The location was Cigar Inn and they were hosted by the Fakir Brothers.

Fifteen years later, La Aurora Cigars is set to release the Fernando León and what better then to have the official launch at Cigar Inn. This time joining Gus, Billy & Bas will be the son of Don Fernando, Guillermo León who heads La Aurora in the Dominican Republic.

This two-day marathon event starts on Tuesday, October 23rd with a sold-out sit down dinner for Cigar Inn members. The dinner which will feature the Fernando León will be catered by Rothmann’s Steak house.

According to Guillermo León, “My Father only shared the cigar with close friends and family, it is only fitting that we release the Fernando Leon at Cigar Inn. Ever since that event in 1997, Cigar Inn and its customers have always been an extended part of our family”.

At the request of Cigar Inn, the party will continue on Wednesday, October 24th, when Miami Cigar & Company and La Aurora Cigars invite you to stop by and experience this special cigar, the Fernando León for FREE, while supplies last.

“We are honored and privileged that La Aurora has chosen us for the release of this cigar.” adds Billy Fakir of Cigar Inn. “Fernando León was a great man, who knew a lot about tobacco. We are happy to call the Leon family our dearest friends and look forward to hosting this wonderful event in the Cigar Aficionado Lounge”.

Fernando León was the head of La Aurora Cigars from 1950s until his passing in 2009. The son of Eduardo León Jimenes was a Master Blender before taking on the role of President when his father passed. The cigar named after him was the only cigar he smoked on a daily basis. He was 89 years old when he passed. Today, his son Guillermo León heads La Aurora making him the third generation of the Leon family business to run the company. 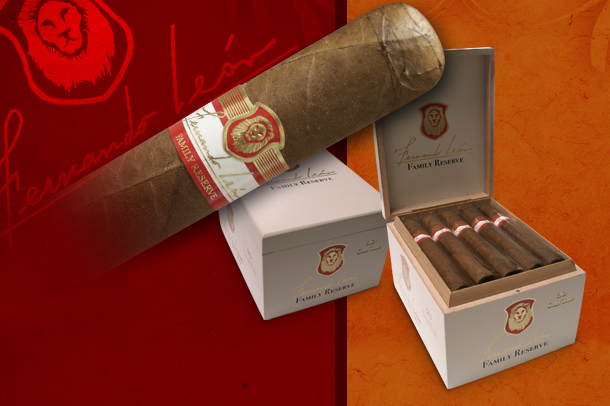