February 28, 2014 (Pinellas Park, Fla.) — The AVO Limited Edition 2014 celebrates the extraordinary 88th numerology gains full exposure with the number 8. Not only does 88 represent the hallmark anniversary Avo Uvezian is celebrating but also the number of keys on a grand piano. Thus, the piano keyboard is the “key” inspiration for Avo’s 2014 Limited Edition – “AVO 88”. 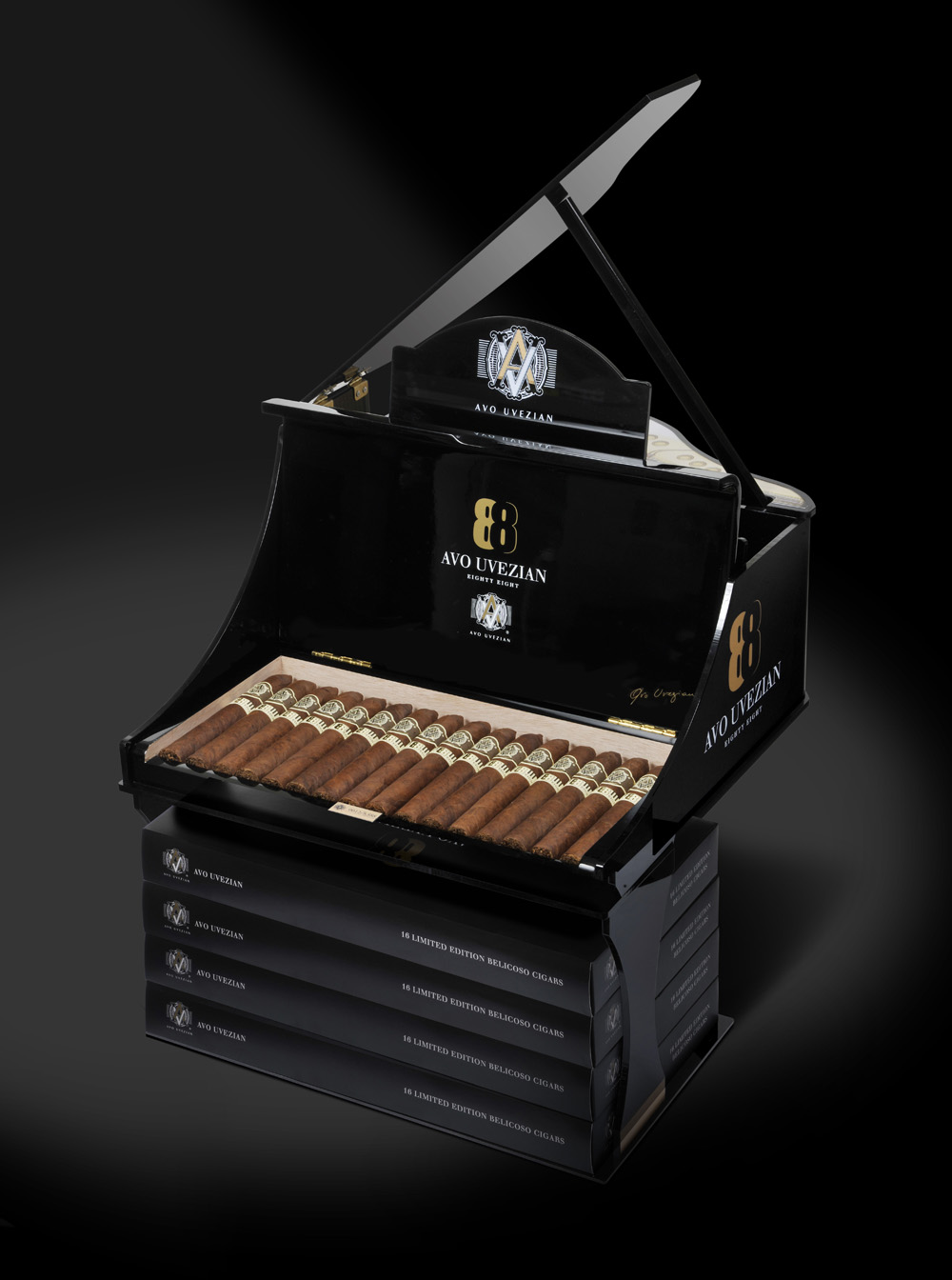 Avo Uvezian’s pursuit to compose the perfect blend for his 88th years ago. The goal was to compose a cigar that encapsulated an exciting and perfect balance of flavors and strength that is the foundation of every great musical composition. When Avo explained the objective to Master Blenders, Henke Kelner and Eladio Diaz, they were determined to successfully achieve Avo’s challenge. The ideal tobaccos were selected, the beautiful Belicoso format was chosen, and years of passionately fine-tuning the blend followed. Finally, the dedication to perfection from this legendary trio of cigar composers resulted in a Dominican Puro cigar that will be celebrated by connoisseurs throughout the ages.

The AVO 88 blend is brought to life in an exquisite 6” x 52 Belicoso format, comprised of five different Dominican filler tobaccos and a limited Dominican binder leaf, concealed within a flawless Dominican Yamasa wrapper leaf. The marriage of these select tobaccos provides the remarkable experience that Avo once dreamed about. As each key on a grand piano delivers a perfect note when played, the AVO 88 cigar delivers flawless notes of flavor when enjoyed.

“The AVO 88 is the culmination of AVO Limited Editions, a true masterpiece that will be celebrated by AVO fans for years to come,” explains Scott Kolesaire, AVO Brand Manager. “For years Avo has been expressing his excitement towards the 88 cigar and is thrilled to finally share it with connoisseurs around the world.”

AVO 88 will be celebrated to its fullest potential. Consisting of a global release of 8,888 individually numbered, black piano lacquered boxes, of which 888 boxes will be personally autographed by Avo Uvezian. To further complement this marvellous product, 1,888 limited edition AVO 88 Ashtrays will be made available, as well as 488 miniature grand pianos for retail product display and merchandising. The AVO 88 will be launched in the USA on March 20, 2014. In Europe, the launch can vary from country to country, beginning mid-May 2014. Avo Uvezian will introduce his new cigar in person during his annual AVO Anniversary Tour beginning March 20th
Avo will appear at two locations this year to celebrate his 88th birthday and his newest, most prized release, AVO 88. 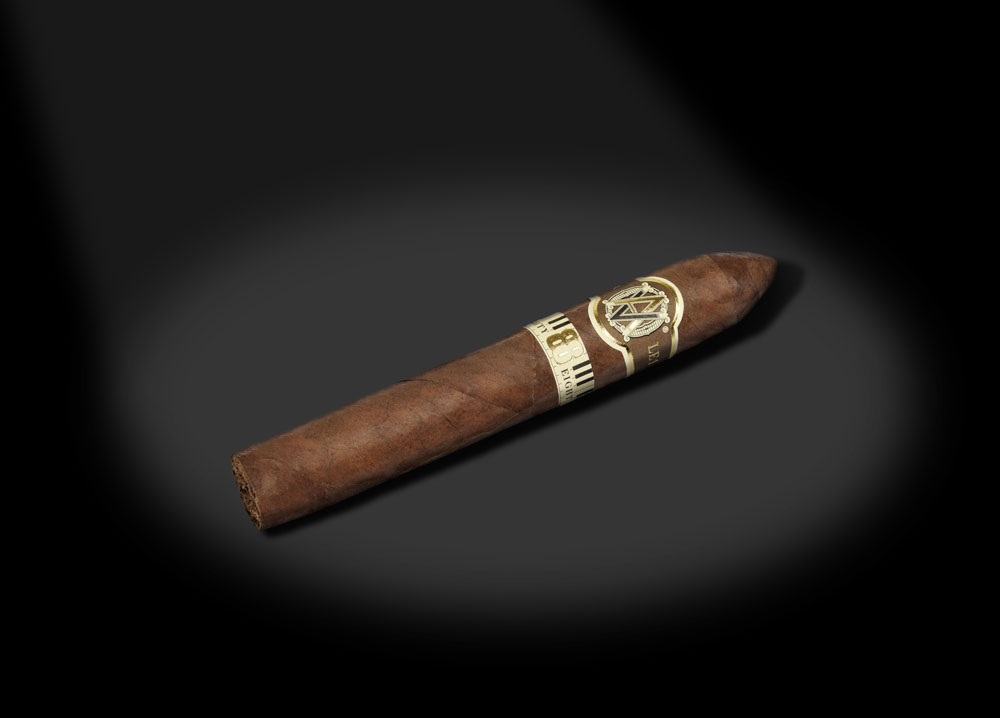