March 1, 2013 (Pinellas Park, Fla) — The successful AVO brand is launching a musical cigar composition “The Dominant 13th” the new 2013 Limited Edition, which was created by the passionate jazz musician and cigar connoisseur, Avo Uvezian. It has complex and promising characteristics, just like its namesake – the Dominant 13th chord. The innovative, succinct tobacco creation, in the popular and impressive Toro format, gleams in a deep brown wrapper from Ecuador.

This complex and mature cigar composition by Avo Uvezian also provides a musical inspiration. The new AVO Limited Edition 2013 offers aficionados not only a perfectly balanced cigar to enjoy, but also an excellent homage to jazz. The inside cover shows Avo Uvezian’s song, “Delightful Days”, along with a personal dedication:

Every month, I visit our tobacco fields and cigar factory in Santiago, Dominican Republic, to get inspiration and blend new cigars. The cigar you are smoking right now was composed on such a trip, resulting in an amazingly complex blend. While smoking this cigar it reminded me of the most famous and complex jazz chord, the famous Dominant 13th. Thus I composed the above song “Delightful Days” to make you experience the Dominant 13th chord while smoking my new anniversary blend.

Both in music, as well as in the composition of the finest cigars, which Avo Uvezian began in 1987, passion and perfection are the driving forces which inspire him to achieve absolute harmony in all of his symphonies. Like no other, he knows how to reflect a love of music in all the nuances of his cigars, and how to share it with every aficionado. 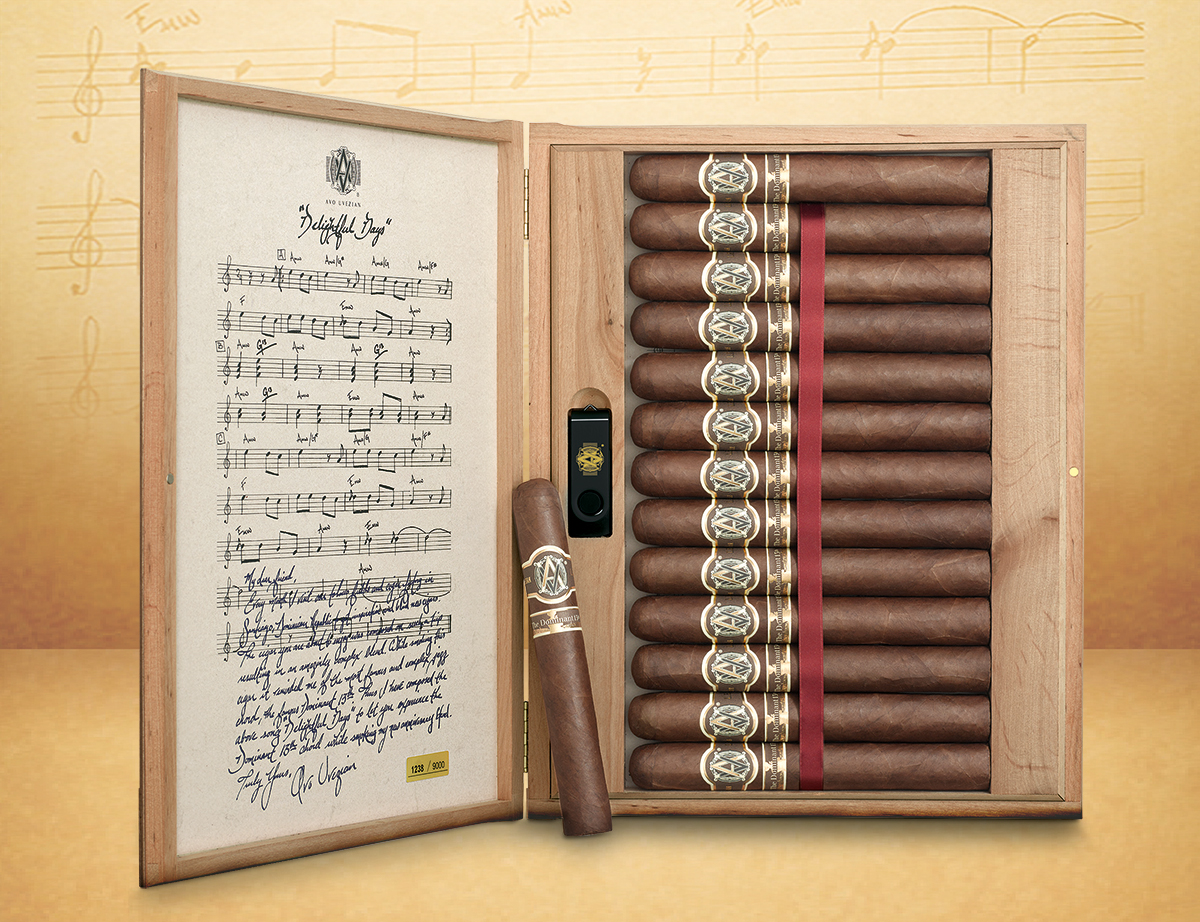 The packaging of the new product captivates with measure and sophistication. The cigar box is innovative in its book-like design, featuring a brown matte exterior characterized by a vintage style leather-look. Inside the cigar box, a USB stick containing a brief movie clip, songs by Avo, the AVO cigar catalog and screen saver ensure the longevity of these unique compositions for Avo Uvezian’s birthday.

Production of “The Dominant 13th” Limited Edition 2013 is limited to 9000 boxes worldwide. The Dominant 13th will be launched in the USA on March 28, 2013. In Europe, the launch can vary from country to country, beginning mid-April 2013.

Avo Uvezian will introduce his new cigar in person during his annual AVO Anniversary Tour beginning March 28th. Avo will travel to 7 different locations this year in celebration of his 87th birthday and his newest release, The Dominant 13th. 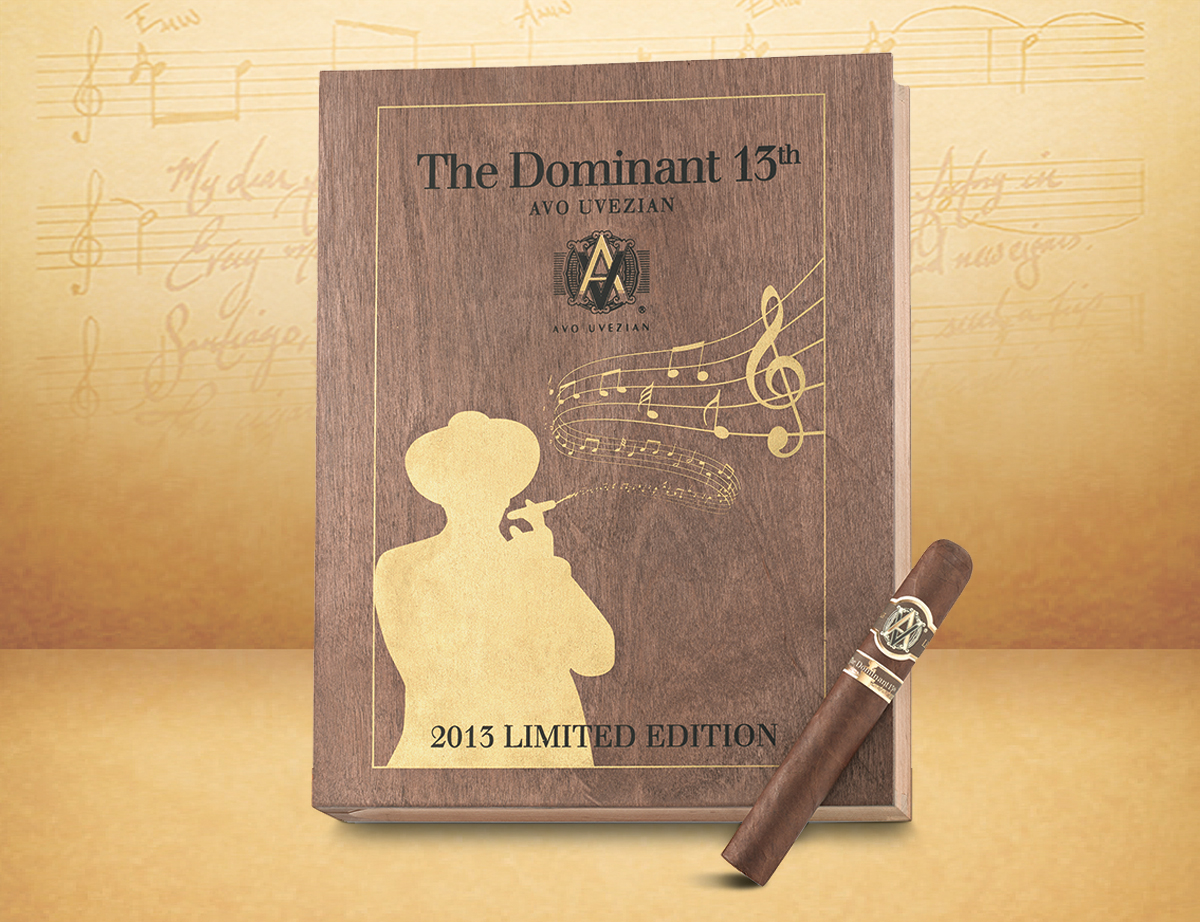