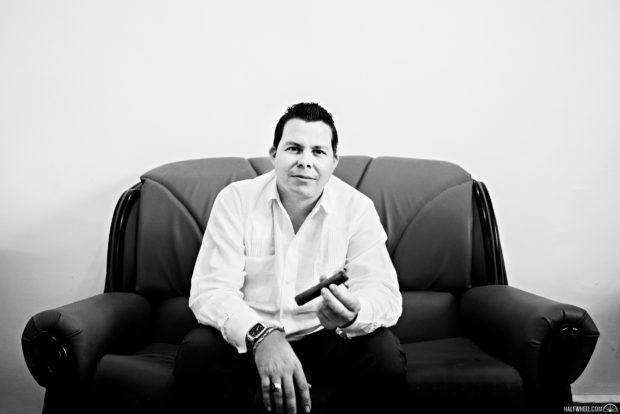 There is any number of custom Cuban cigar rollers in Cuba, but only one can be the youngest.

At only 32-years-old, Alejandro “Alex” González Arias is said to be the youngest among the loose collection of the rollers on the island responsible for producing customs, a group that also includes such legends as Yolanda Medina, Leopoldina Gutierrez, i.e. “La China,” and Reynaldo González. As with a number of those rollers, Arias rolls his custom cigars at a specific store, in this case, the cigar shop that is located just outside of the Hotel Comodoro in Miramar, Havana.

Arias took over the rolling duties at the cigar store from a legend named Crisantos Miranda when he retired in 2014. The tobacco he uses for his custom blends is procured from Cabanas S.A. and he is allowed to inspect the leaves before accepting them. 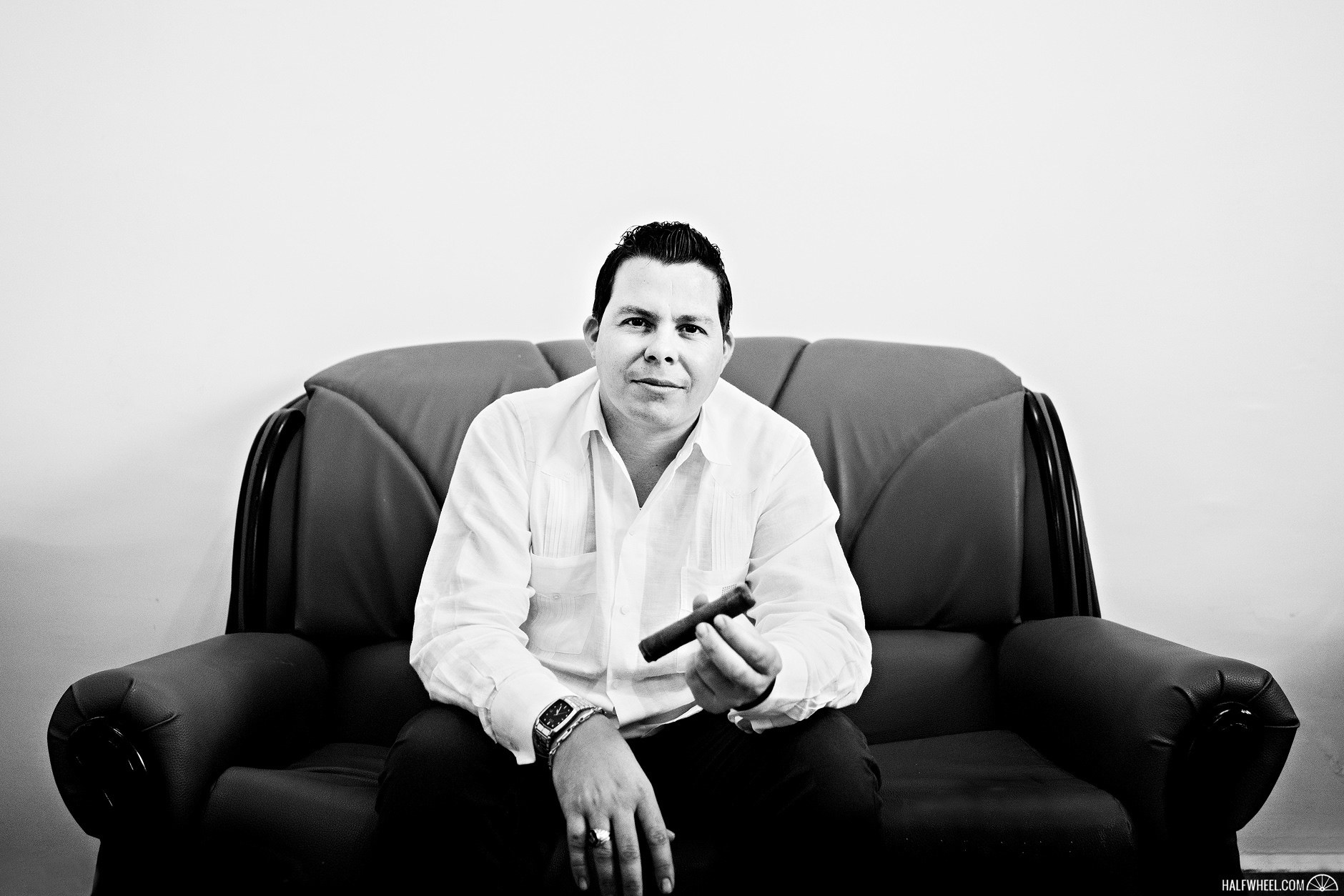 This portrait was taken in the cigar store attached to the Hotel Comodoro in Miramar, Havana, Cuba with a Sony a7RII and a 25mm f/2 lens set to f/2 and 1/160 of a second. The ISO was set at 1000 and there were two sources of light: incandescent light coming from bulb overhead and natural light from a small window to the right. The photograph was converted from RAW in Photoshop 2018 and converted into black and white using custom actions.