Michael’s Tobacco of Euless and Keller will be receiving a new exclusive release from PDR Cigars.

The Flores y Rodriguez Connecticut Valley Reserve Double Perfecto is a 6 x 60 perfecto centered around a Connecticut broadleaf wrapper. In addition, the cigar uses Ecuadorian corojo and Nicaraguan habano binders over fillers from Condega, Nicaragua and Dominican corojo and criollo 98. The cigars were aged for six months. 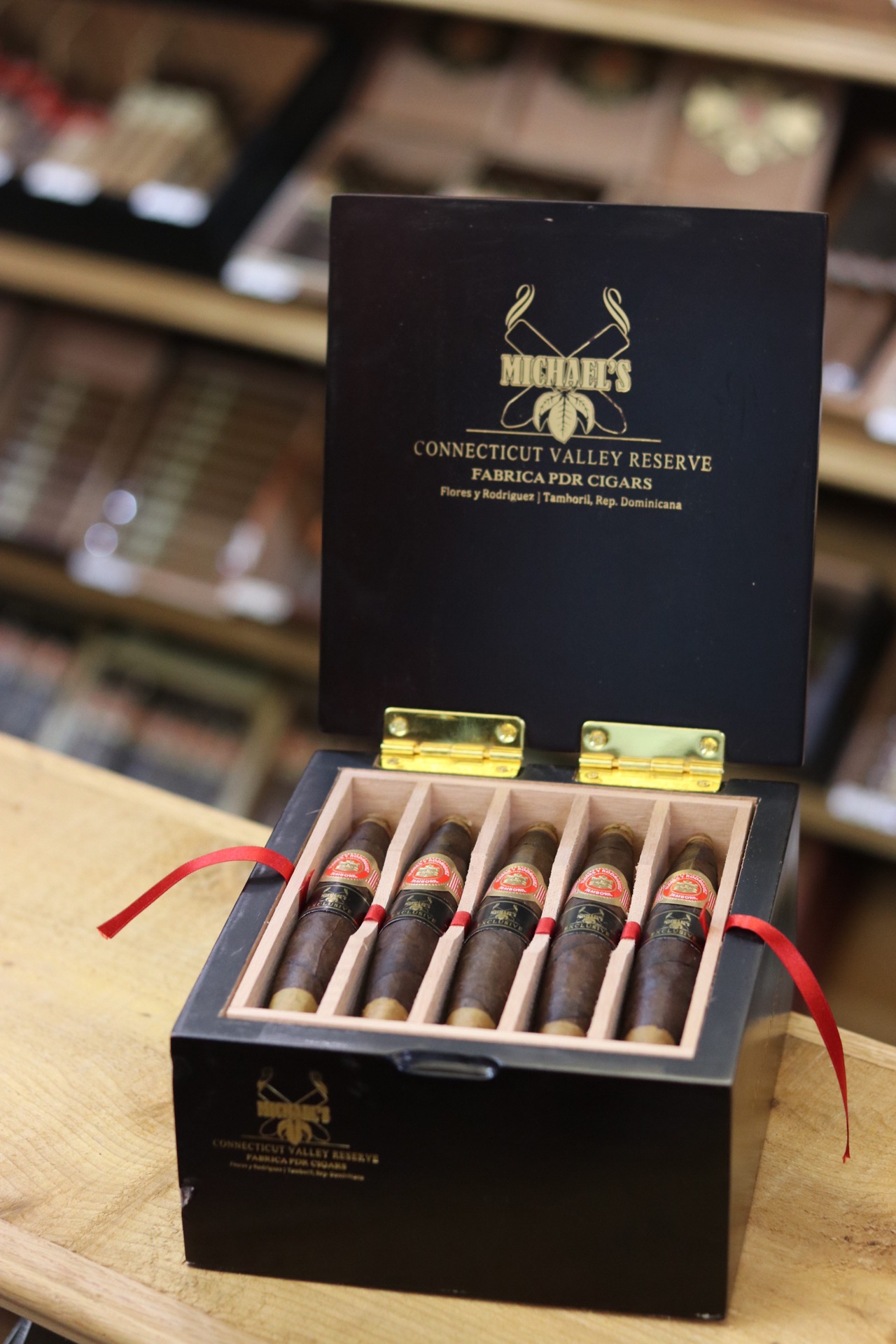