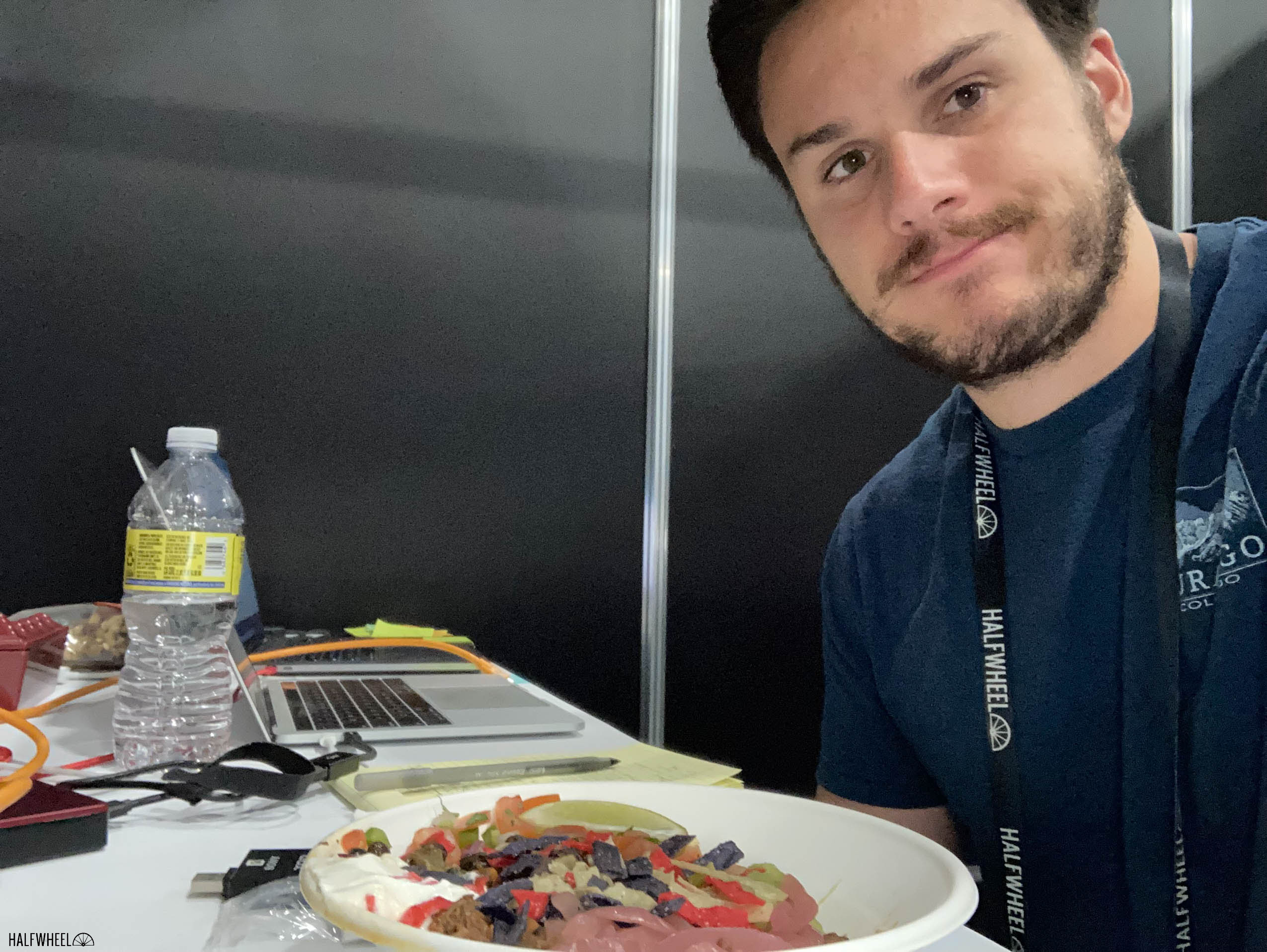 I’m starting this post before lunch even begins to distract from the fact that my girlfriend (a weak word for so much) will have left Las Vegas by the time the midday meal commences. Lunch means little to an aching editor. It doesn’t matter that the two of us will be reunited in a matter of weeks. Every time we depart the earth admits a crack. Long after I’ve mechanically moved food-product from throat to stomach, the separation will continue to addle me. For the next few hours, my eyelids will resemble those little wells of water at the threshold of a church. (Editor’s Note: No crying in the halfwheel bunker. — CM)

As Ezra Pound writes, “There is no end to things in the heart.”

I’ll continue to schedule posts, clip video, boost text, but just know there’s a smear of sadness across every semicolon today. Still, despite this maudlin conclusion, I relish the chance to communicate with you all during the lunch hour. These posts are short periods of unique disclosure in the midst of, necessarily, repetitive work.

The team is at this very moment scurrying about the show floor, framing photos, jotting down factota, recording spiels. Patrick may be splinting his flimsy tripod. Brooks, trying to remind people of the FDA ruling, like the madman in The Gay Science. Soon, they will all re-enter the post-and-lintel, amble over for a Nespresso, perhaps flick up a cigar, then turn to their computers and start writing yet another punctilious post.

This is your editor from the lunch deck telling you once again, it has been my pleasure to serve you.

Update (July 11, 2022) — Kyle mistakenly referred to Brooks as “the madman from Thus Spoke Zarathustra,” it was in fact “The Gay Science.” This is why we don’t do fine literature.