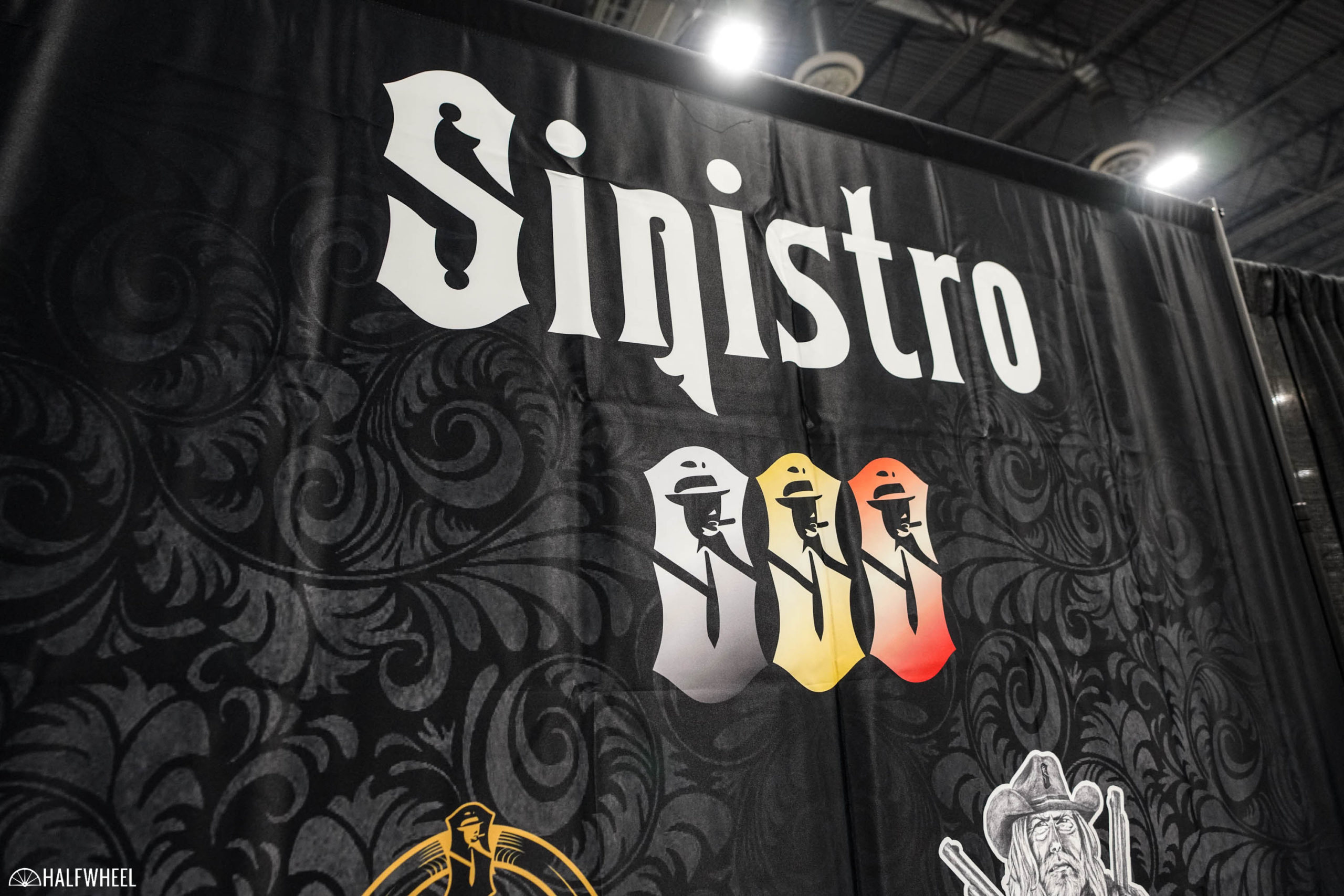 My first visit to the Sinistro booth was towards the end of the day and it was notably a bit quiet. I had glanced over a few times earlier in the day and saw too many people for my booth visit, which apparently is how most of the day went, and decided to wait for things to calm down. Like most smaller exhibitors, the company said that it was having a great show and seemed to have a renewed spirit about the show. When I showed up, James Agopian and Coleman Fine said they were finally getting a breather. Unfortunately, an empty booth doesn’t make for the greatest of pictures. As for the booth, it would have normally been in a great spot in any other year, but because of the reduced footprint of the 2021 show, it was basically the corner. For what it’s worth, I don’t put too much value in booth location making a huge difference—if Padrón was at a trade show in Reno, people would still go. Sinistro takes a different approach than most companies to new releases. It oftentimes will do a prerelease of its new items in one year and then do a full release of that same cigar the following year, usually with updated packaging. That’s exactly what’s happening with The Last Barbarian, a ligero-heavy line from Tabacalera El Artista.

This batch is limited to 4,000 cigars of each size and will be offered in boxes when it becomes a regular item next year. That’s also what’s happening with the Mr. Gold White Edition, which was first released in limited quantities in late 2019. Last October, Sinistro updated the packaging and added two new sizes—a Belicoso and Toro—but only sold it at Mardo Cigars as a limited soft launch. Now the cigar is finally on sale for all stores as a regular production item. It’s made at La Aurora and differs from the regular Mr. White thanks to a different wrapper and much more Dominican andullo tobacco in the filler.