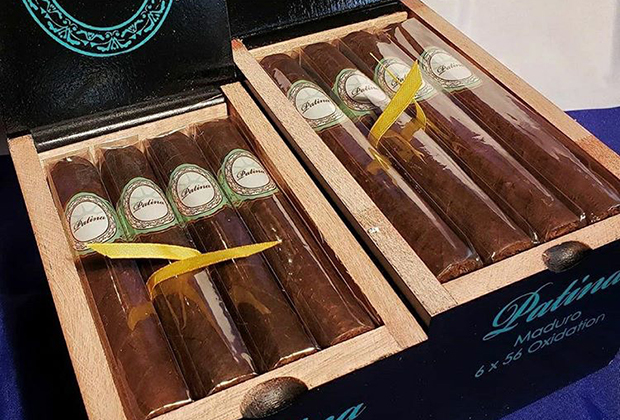 The Patina Cigars portfolio now has a maduro option. Brand owner Mo Maali announced the release of the Patina Maduro on Monday, and while he isn’t discussing the blend, he did say that the line is being made at the Nicaragua American Cigars S.A. (NACSA) factory in Estelí, Nicaragua. The Patina Maduro is debuting in two sizes:

Maali said more vitolas are in the works for a future release, though with factory closures and other disruptions to the cigar making process, he wasn’t able to specify when those other sizes will be released.

“With the addition of the Maduro to the Patina portfolio, we now have three dynamic offerings that cover all consumer profiles,” Maali said in a press release. “Similar to how we challenged existing perceptions with our Connecticut and Habano offerings respectively, the Patina Maduro challenges conventional expectations of a maduro cigar with a beautiful mix of balance, flavor, and strength.”

The two sizes are found in the company’s two existing core lines, the Patina Connecticut and Patina Habano. Both of those lines are offered in five vitolas, though the sizes are not the exact same between the two lines.