It was the talk of the 2014 IPCPR Convention & Trade Show, and now the Padrón 50th Anniversary humidor is shipping to retailers just in time for a few lucky folks to get it under the Christmas tree. A representative from the company confirmed to halfwheel today that the first 150 humidors have shipped, with the remainder heading out after the holiday season. 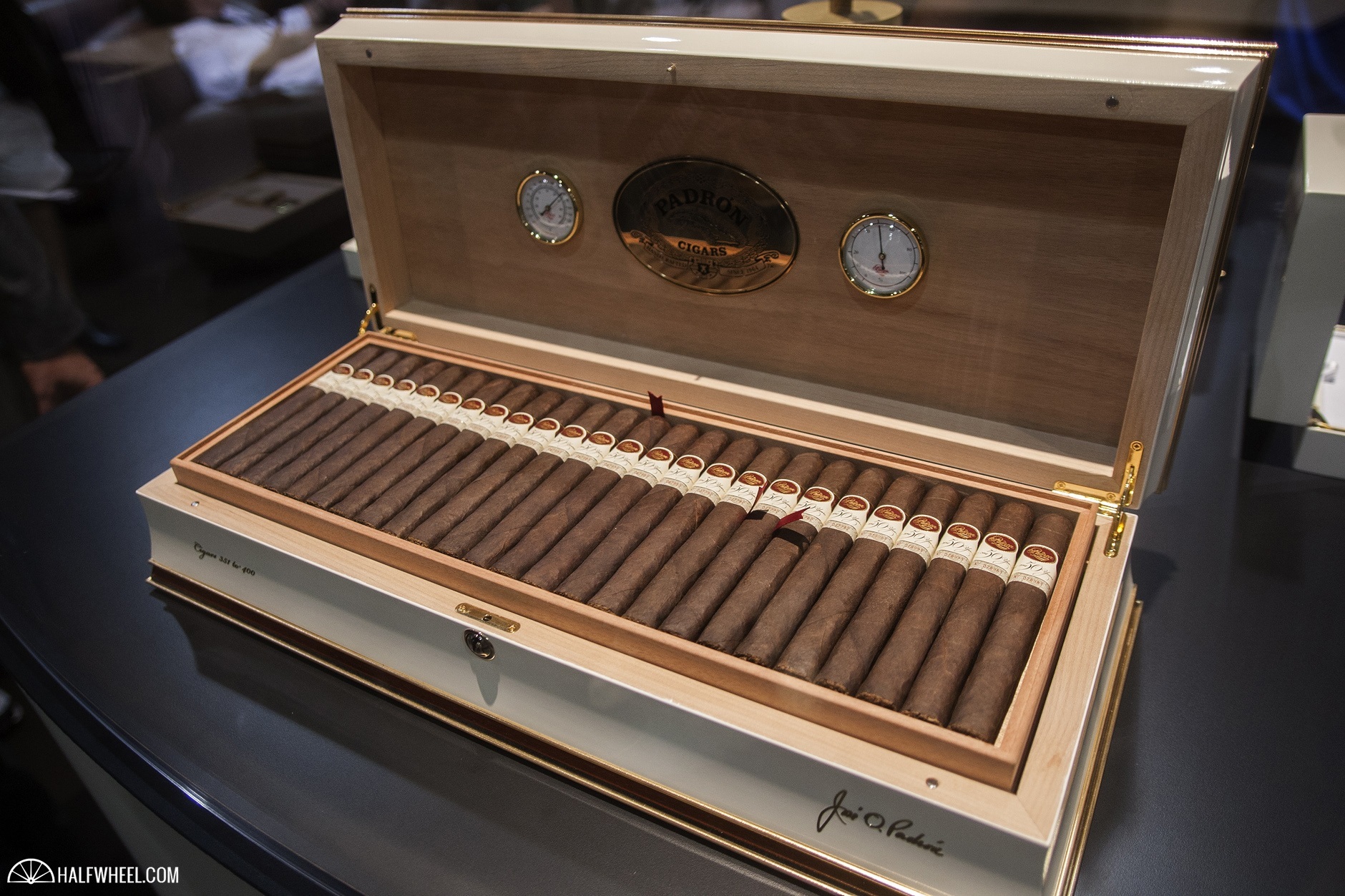 A total of 1,000 humidors are being produced, each containing 50 of the 6 1/2 x 50 Padrón 50th Anniversary “The Hammer” cigars. Each unit has an MSRP of $5,300, and owners of the humidors will be able to purchase 50-count refill bundles of the cigars as long as they are made by Padrón, and those rights are transferable should an individual decide to sell their humidor. The company has set up a webpage where buyers of the humidors will be directed to register and sign up for the refill program, which will be fulfilled by the retailer from which the humidor was purchased.

The humidors are the design of Nelson Alfonso, who has worked for Habanos S.A. as a packaging designer and the creator of the cigar brands Byron, Atabey and Bandolero. The humidors were produced by Golden Age.