Originally released in 2006, the Oliva Special S is to date the most expensive cigar offered by Oliva. The blend was only sold for about two years, and the general consensus on the major cause of them being discontinued was simple: the Oliva Serie V. You see, the Serie V had quite a few things going for it (over the Special S) when it was released: by all accounts it was a better blend, it was newer, and most importantly, it was quite a bit cheaper.

Special S is complex, medium to full body blend of aged tobaccos. The wrapper leaves used in this blend are aged in cedar crates where they develop a smooth yet rich character. You will find notes of dark tobacco with spice and rich cedar.

The Oliva Special S was released in eight different vitolas at launch and three tubos. They were:

But enough of that, ‘let’s get down to business, shall we? 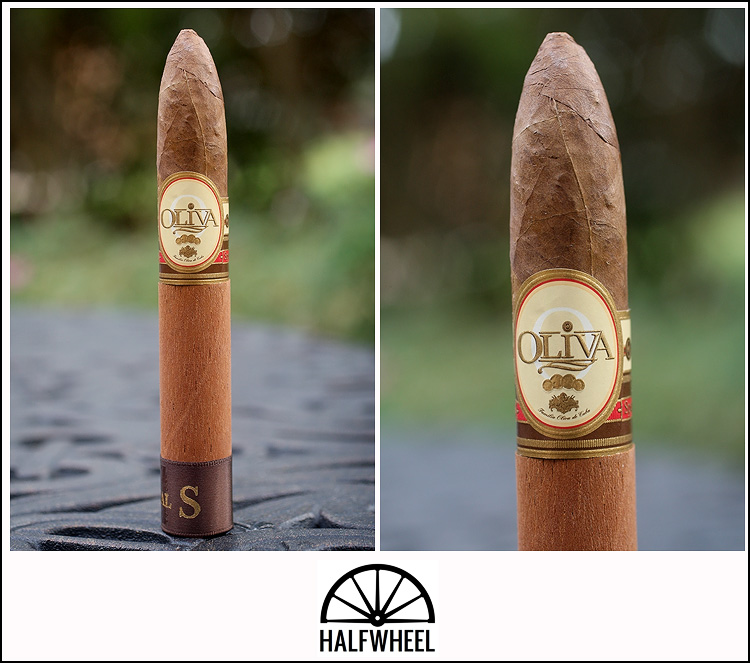 The cigar itself looks old. I like the look of the cedar wrap and the “Special S” in brown ribbon around the bottom gives it a unique look. The wrapper is a medium brown color and while fairly smooth to the touch, it is also quite rustic looking. The cigar is rock hard when squeezed and the wrapper has very little smell, although I pick up some pepper, cedar (most likely from the wrap) and perhaps some leather.

The First Third starts off with a nice creamy, nutty profile, with a bit of leather along for the ride. There is a slight sweetness on the palate as well, but it is really more of a background note at this point. Very little spice, just a tad bit on the retrohale. The Second Third continues the same trend, with a creamy, nutty profile. However, there is a very noticeable, albeit not very strong, floral note that ebbs and flows throughout the third. The sweetness from the First Third is also still present, but still in the background. At this point in the smoke, the spice I was getting on the retrohale has totally disappeared. The Final Third did not change much from the Second Third. It is still very floral with some added woody undertones, nutty and sweetish. The cigar wrapper literally came apart at the very end, but by that point I was done anyway. The Bottom Line: I was not sure what I would taste when I lit it up. Would it be a wonderfully aged cigar, or a smoke past its prime? I am happy to say that the former is the case. While I am not going to rush out and try and buy a box of these, not that I could find a box anyway, it was a very good smoke, especially in the morning with a cup of coffee. And while it was not the most complex cigar in the world, the profile was quite smooth and the flavors it did have were very nice and combined well together). Having said that, for the money I would buy a Serie V over this cigar any day of the week.