Ashton announced that they will be adding a new 5 1/4 x 56 to the popular La Aroma de Cuba Mi Amor line. The Duque will be the ninth vitola for the Mi Amor family and the first regular release extension since the line’s debut at IPCPR 2010.

Last year, Ashton released the La Aroma de Cuba Mi Amor Robusto Limitado (5 1/2 x 50) as a special extension for members of the TAA. In addition, a Perfecto was included alongside other Ashton brands in a limited edition Perfecto sampler. Holt’s, a retail store owned by the Levin family, received a special 5 x 54 version of the Mi Amor for the La Familia Garcia Limited Edition Sampler last year. 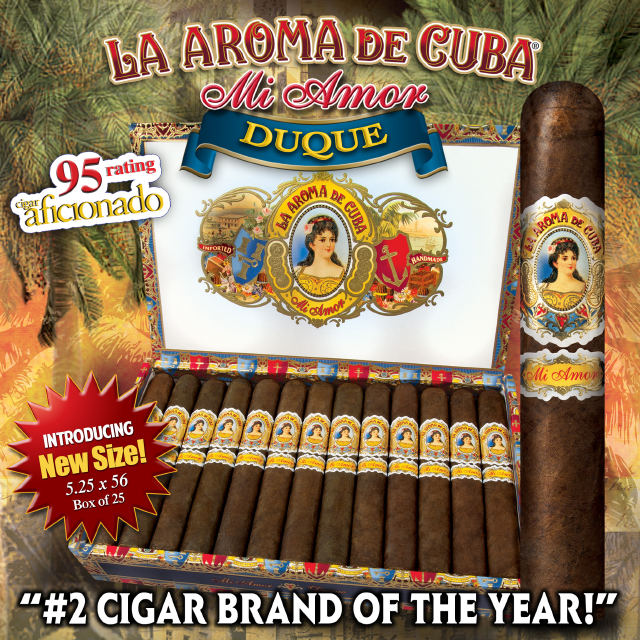 MSRP for the Duque is $7.25 per cigar with boxes set at a little over $200.00. The Mi Amor Duque is shipping now meaning it should be at retailers shortly.

Mi Amor along with the entire La Aroma de Cuba family is made at the García’s My Father Cigars S.A. factory in Estelí, Nicaragua.