The Nat Sherman cigar portfolio is undergoing a major makeover.

At next month’s IPCPR Convention & Trade Show, the company will show off both a new structure to its brands, but also new branding.

There are three core pillars to its portfolio: Epoca, Metropolitan and Timeless. Michael Herklots, vp of retail and brand development for Nat Sherman, stated that none of the blends or factories are changing, just the packaging and the branding strategy.

“This realignment of our cigar brands offers a clearer picture of how our collection of products fit together.” said Herklots in a press release. “Our manufacturing partners and blends all remain unchanged and as great as ever.” The Metropolitan portfolio includes some of the company’s historic brands:

The packaging has been slightly updated from the current Metropolitan line—the clock is more streamlined, the text has been moved above the logo and there’s blank space at the bottom presumably in anticipation of upcoming warning labels—though the core look remains the same. Host and Host Maduro—sweet-tipped cigars—now have the same packaging as Metropolitan. The Epoca currently just has one line. Its packaging is updated to a more modern look. When the company reintroduced the line in 2014, it used packaging that was heavily inspired by the original packaging from the 1930s.

All of the cigars are getting slightly larger bands, as well as a secondary band that reads “EXCLUSIVELY FOR Nat Sherman Intl.”

In addition, the company has rebranded its pipe tobacco as Metropolitan Tabac and Nat’s cigarillos as Timeless cigarillos. 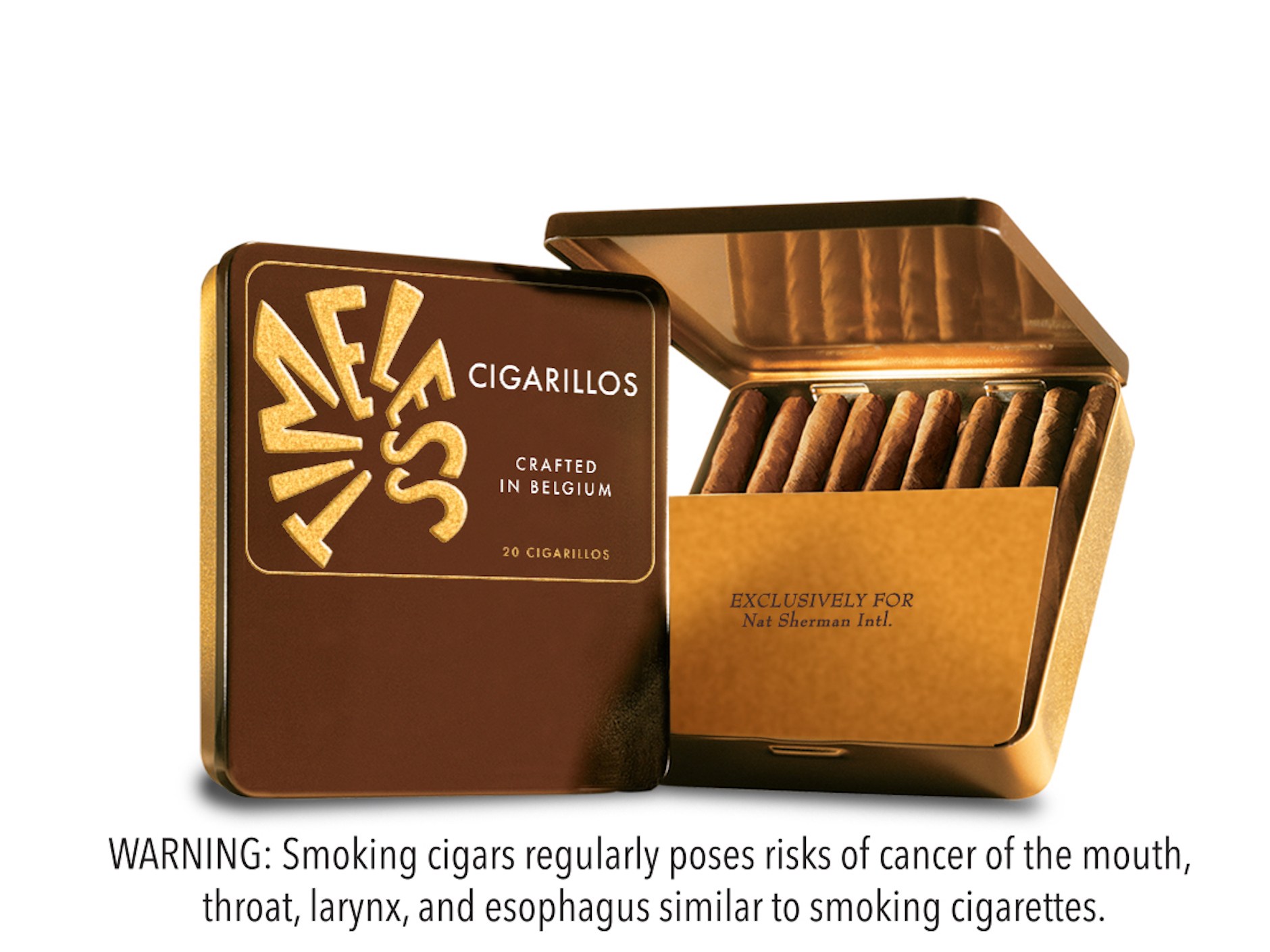